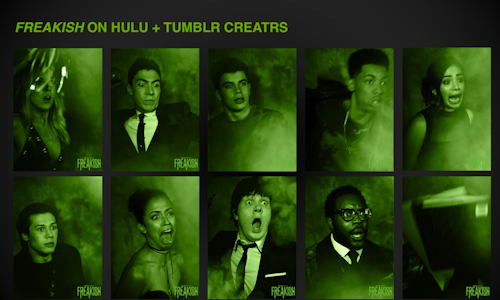 The first ever full TV series to launch on Tumblr.

The new Hulu Original series Freakish stars a cast of Awesomeness TV young social media influencers locked in a high school during a zombie apocolypse--think Fear the Walking Dead meets The Breakfast Club. We were tasked with driving interest and buzz around the new series among our core audience of young "non credit card-carrying" 13 - 24 year olds.

The goal: to get a young horror audience to sample Freakish for a limited time, building brand favorability and intent to subscribe.

Knowing that the #Horror community on Tumblr sees an average of 5.5M posts during October, we created a week-long social event called "#FreakWeek" to allow our young audience to sample Freakish episodes in an environment they trust: Tumblr.

The #FreakWeek Tumblr released all 10 episodes, 2 episodes per day for one week. A Tumblr homepage takeover displayed Creatr artwork featuring the cast's "Freak'd" yearbook picture series, driving back to Episode 1 on Tumblr. Sponsored video posts on Tumblr increased reach around Episodes 1 & 2 to draw in fans. We supplemented full episodes with custom Tumblr videos and GIFs, highlighting Hulu on-channel offerings and driving "Start your free trial" messaging to drive users back to Hulu.

Lastly, we leveraged the robust social following of our cast members by incentivizing them to drive to full episodes on Tumblr with the "Freak Squad Challenge," in which the cast member who sent the most fans to Tumblr won $25,000 to donate to the charity of their choice.

According to Tumblr, Freakish was the first ever full TV series to launch on Tumblr, and the #1 top engaging Tumblr of all streaming TV shows during #FreakWeek.

We generated over 300,000 Tumblr visits and 47 Million Tumblr impressions through sponosred media with 250,000 video views to full episodes and 32,000 clicks from Tumblr to Hulu.

Sampling content for free off-channel was a huge risk that ultimately paid off, showcasing Hulu's offerings and driving back to on-channel. 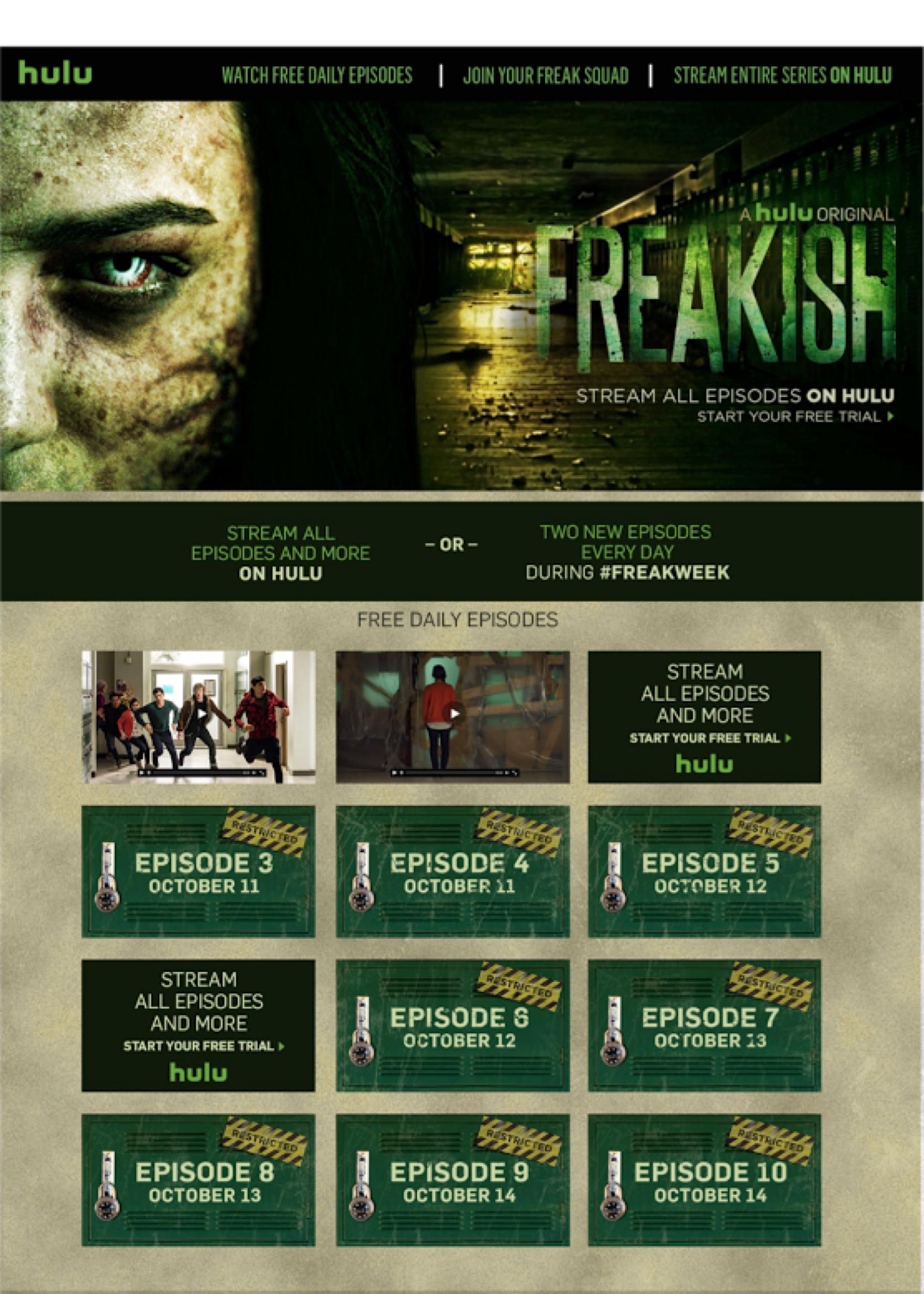 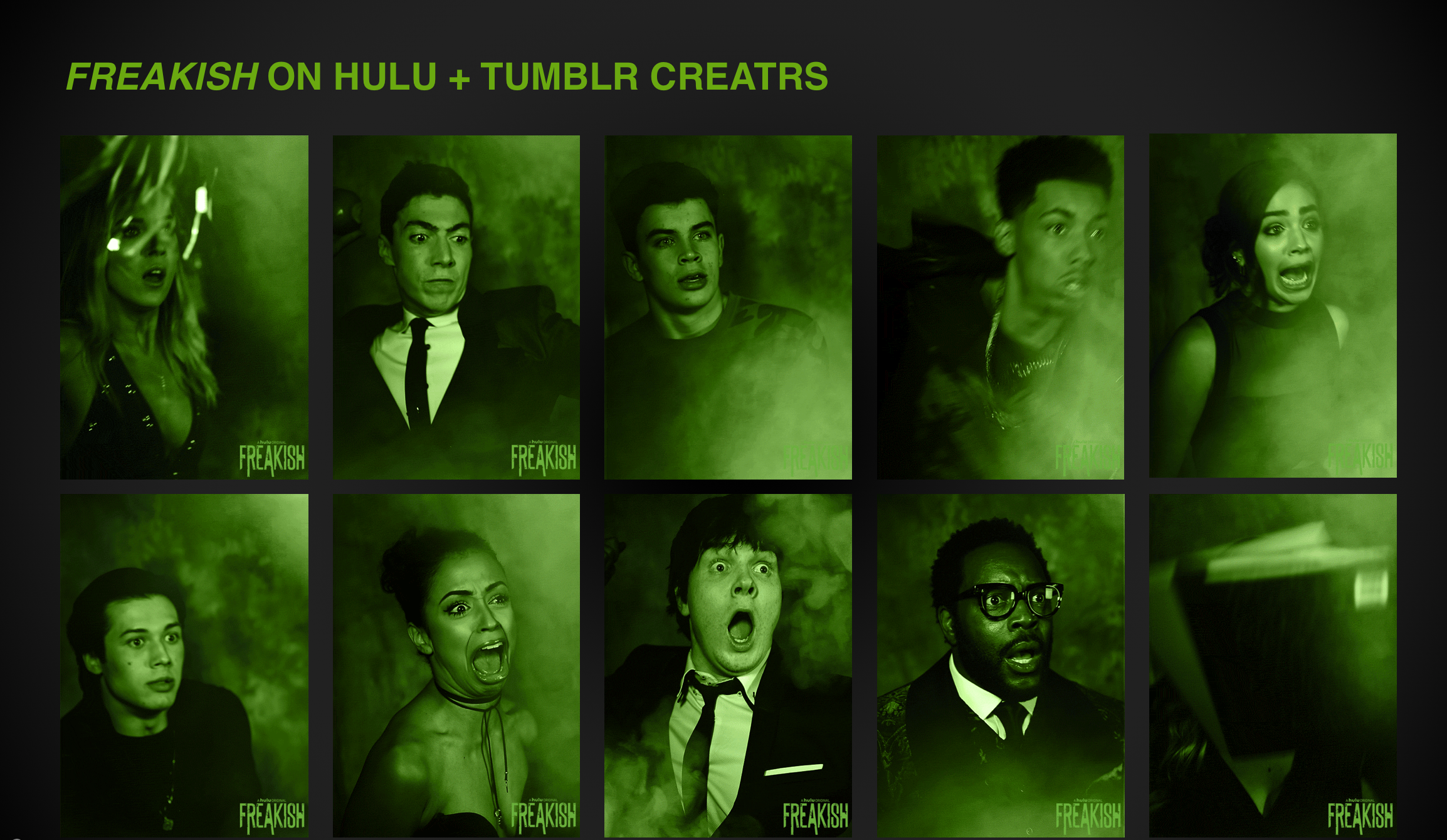