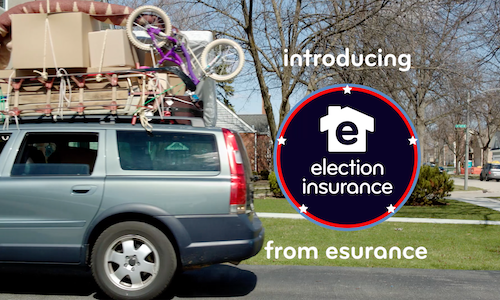 Esurance announced a new (fake) product called "Election Insurance," as an April Fools' Day prank. The idea behind Election Insurance was simple. Every election we hear thousands of Americans threaten to leave the country if the "wrong" candidate wins, so we created a smart policy to help protect those homes while people are away. If your desired presidential candidate loses and you decide to flee the country, Esurance will maintain your abandoned home while you wait out the presidential term.

Our goals were twofold:

1. Create a conversation around Esurance, leveraging a culturally relevant moment.

April Fools' Day is no longer a holiday for your resident jokester; brands are now taking advantage of the holiday as a way to engage consumers and creating a meaningful, real-time conversation around their brand.

Knowing that more and more brands participate in April Fools' Day every year, Esurance needed to find a way to break through the clutter in a culturally relevant way and at the same time tie back to our brand.

This election season we heard that more Americans than ever were threatening to leave the country if the "wrong" candidate wins, so we created a "fake" policy that would protect people's homes in the event they decide to flee the country. To illustrate this new product offering we created a long form, online video that explained all the details and features of our Election Insurance policy and supported that video with various content in social media.

Getting the word out

We wanted to be a first-mover in the media coverage to lead the April Fools' Day conversation so on March 30 we launched with an exclusive on Mashable. Following the exclusive, we issued a press release announcing the Election Insurance and conducted media and influencer outreach.

Illustrating the benefits of Election Insurance

Simultaneously with the release in earned media, we launched the long form video on our social platforms (Facebook, Twitter and Instagram). We knew that we'd be competing with other brands spending significant budget on their hoax messaging for April Fools' Day, so to maximize reach efficiently, we focused our paid media efforts on one social platform – Facebook.

The video was supported with shorter video cut downs, still images, and GIFs to increase awareness and engagement. We also created a social badge, similar to an "I voted" button that stated "I just got Election Insurance" for consumers who saw the video and wanted to share with their friends.

While the video lived mainly in social, we developed a landing page on Esurance.com that housed the video and reflected hoax messaging, while also informing people about the real homeowners insurance product.

Tying Election Insurance back to Esurance

To keep the conversation going after April Fools' Day, we continued to post short-form Election Insurance video content but we shifted our messaging. Since the "jig was up" that Election Insurance wasn't real, we used the opportunity to reinforce Esurance's new homeowners product offering.

Esurance dominated the April Fools' Day conversation and results were far beyond what we expected. We successfully tapped into a lively discussion around the election and capitalized on a timely event with April Fools' Day.

The campaign was highlighted on national shows; Good Morning America, ABC World News Tonight with David Muir, Inside Edition and MSNBC. It was also a hit on locally as coverage spread to New York, Los Angeles, Chicago, Houston, Miami, Philadelphia, and more.

It made the roundups of 2016's best jokes in outlets such as Washington Post, BuzzFeed, TIME, People Magazine, Entertainment Weekly, MSNBC.com, Yahoo and Chicago Tribune.

Success by the numbers: 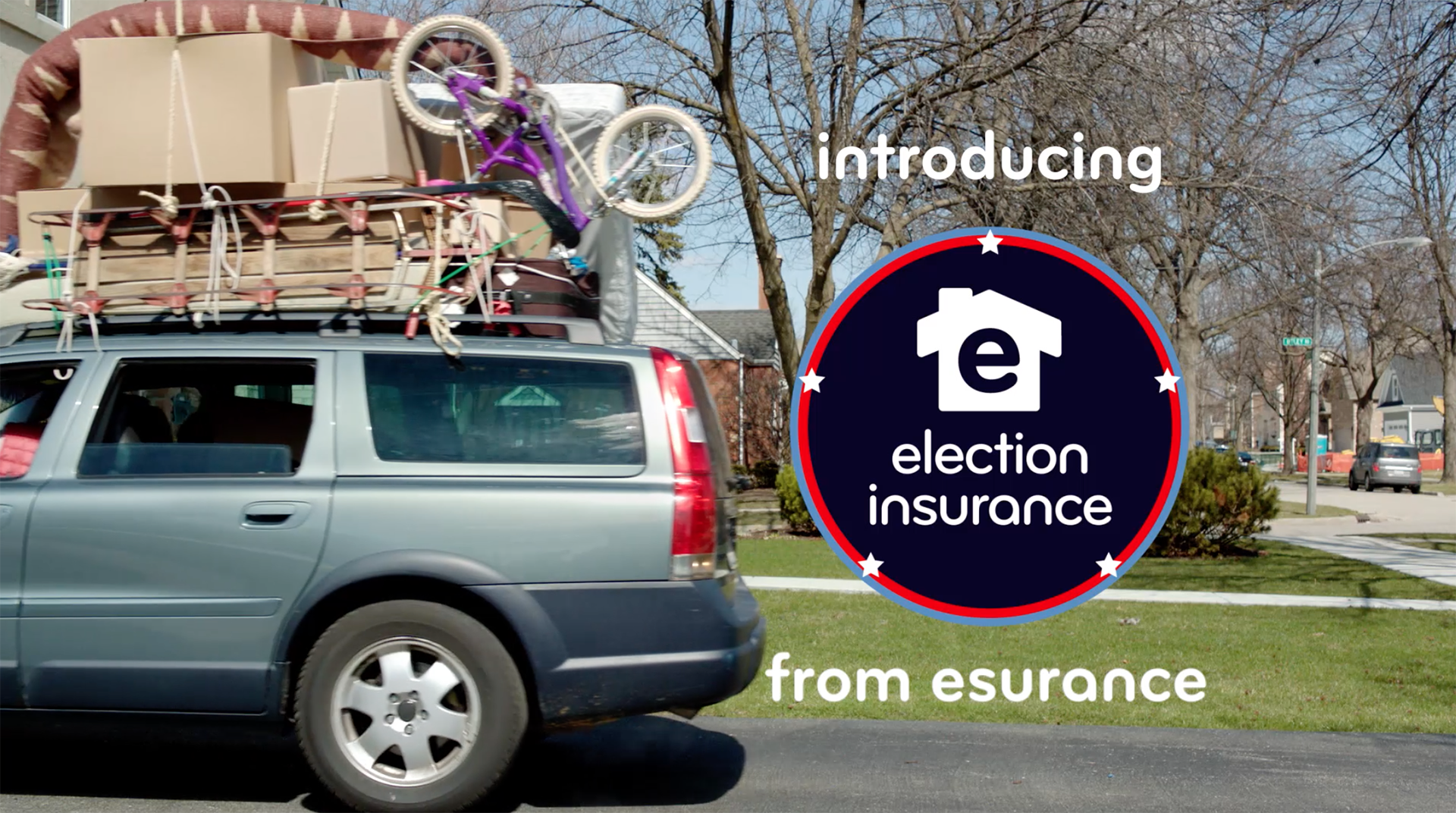 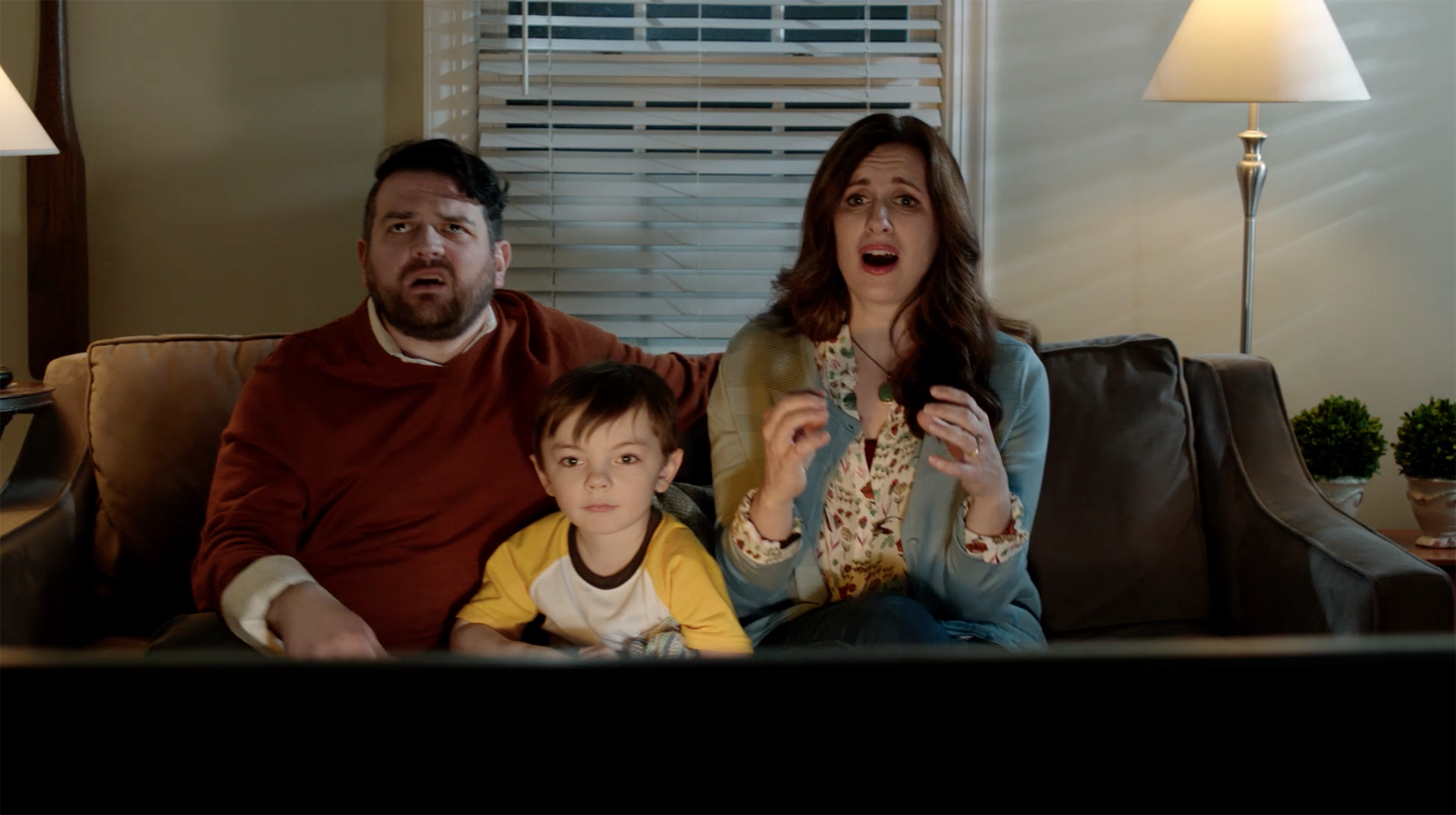 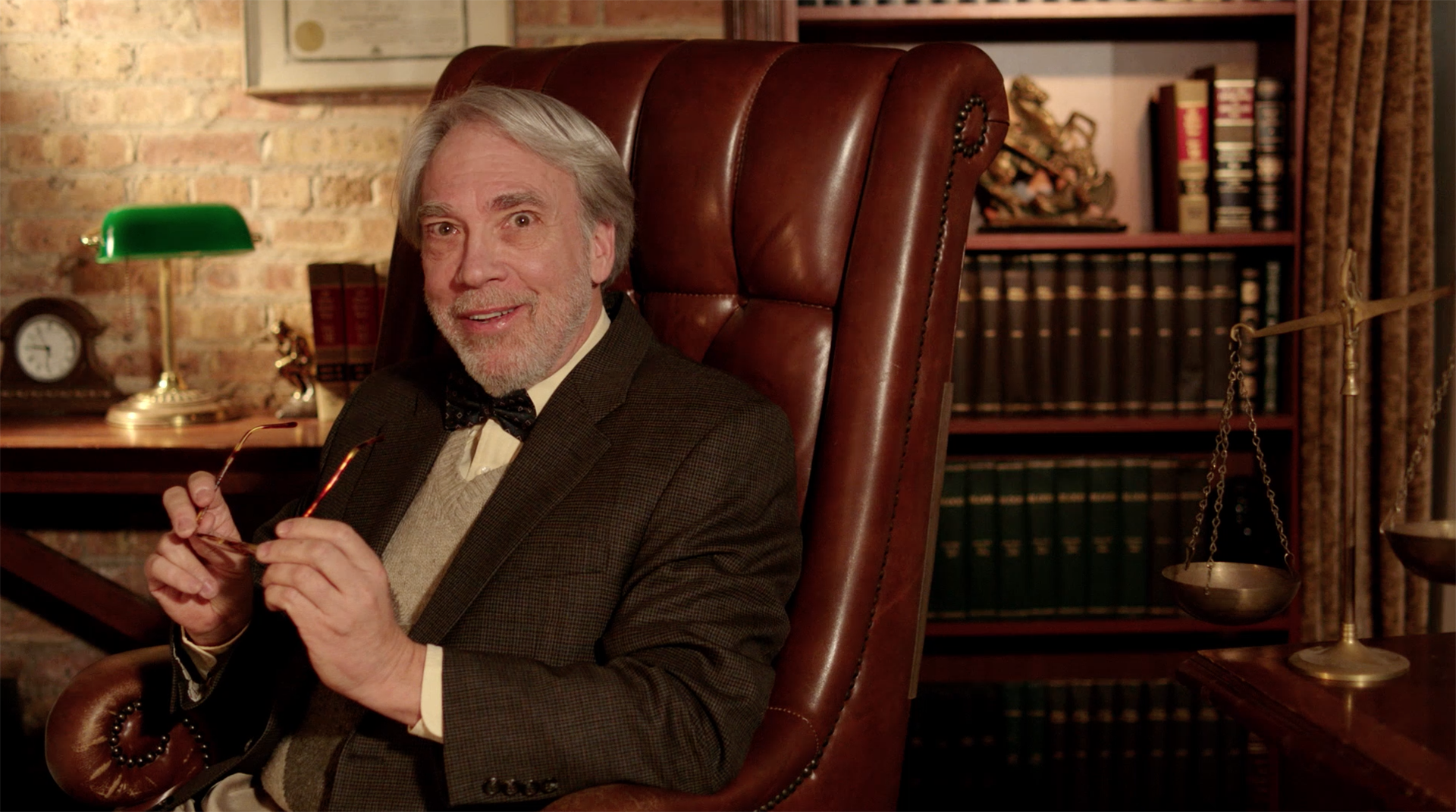 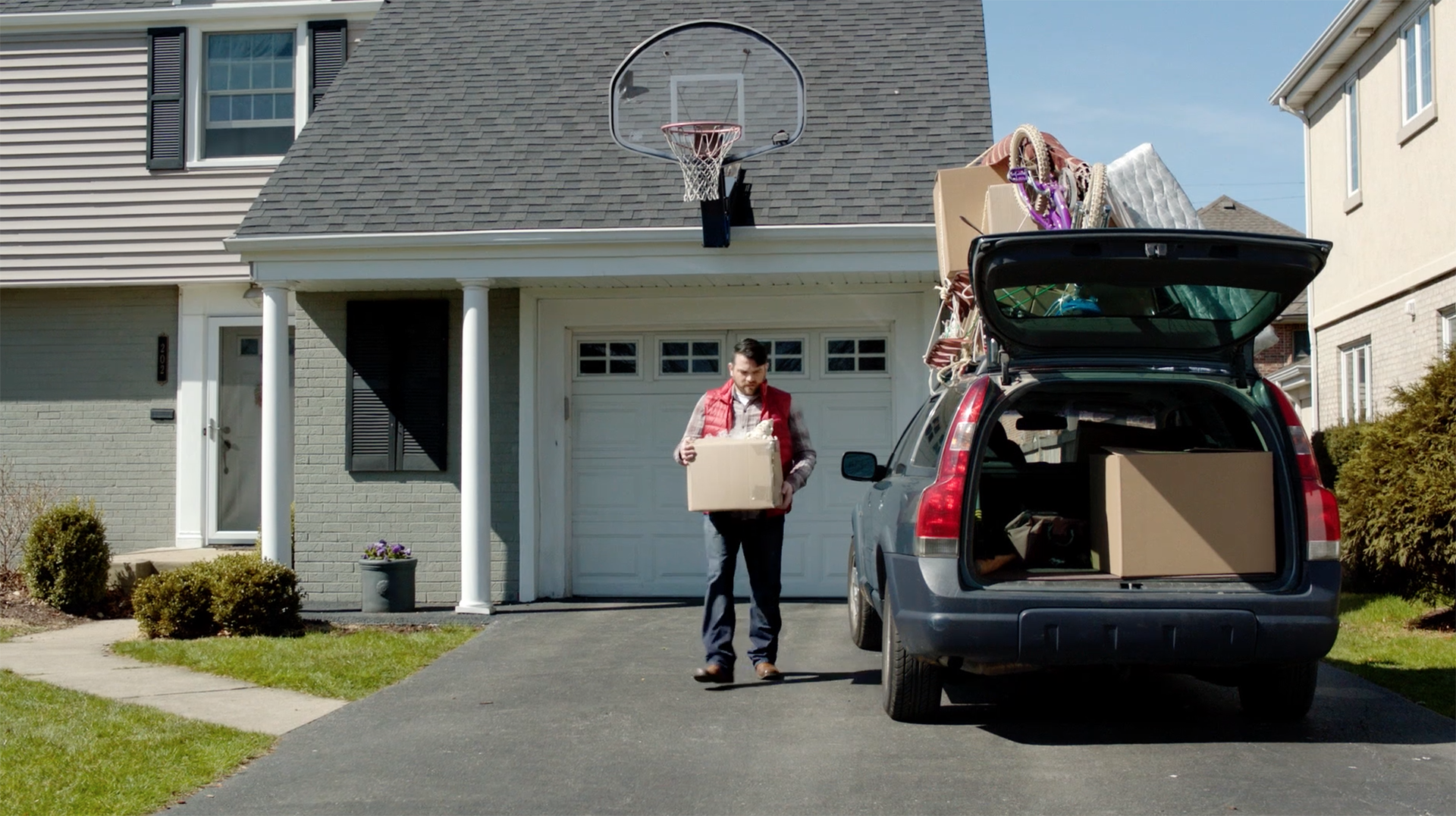 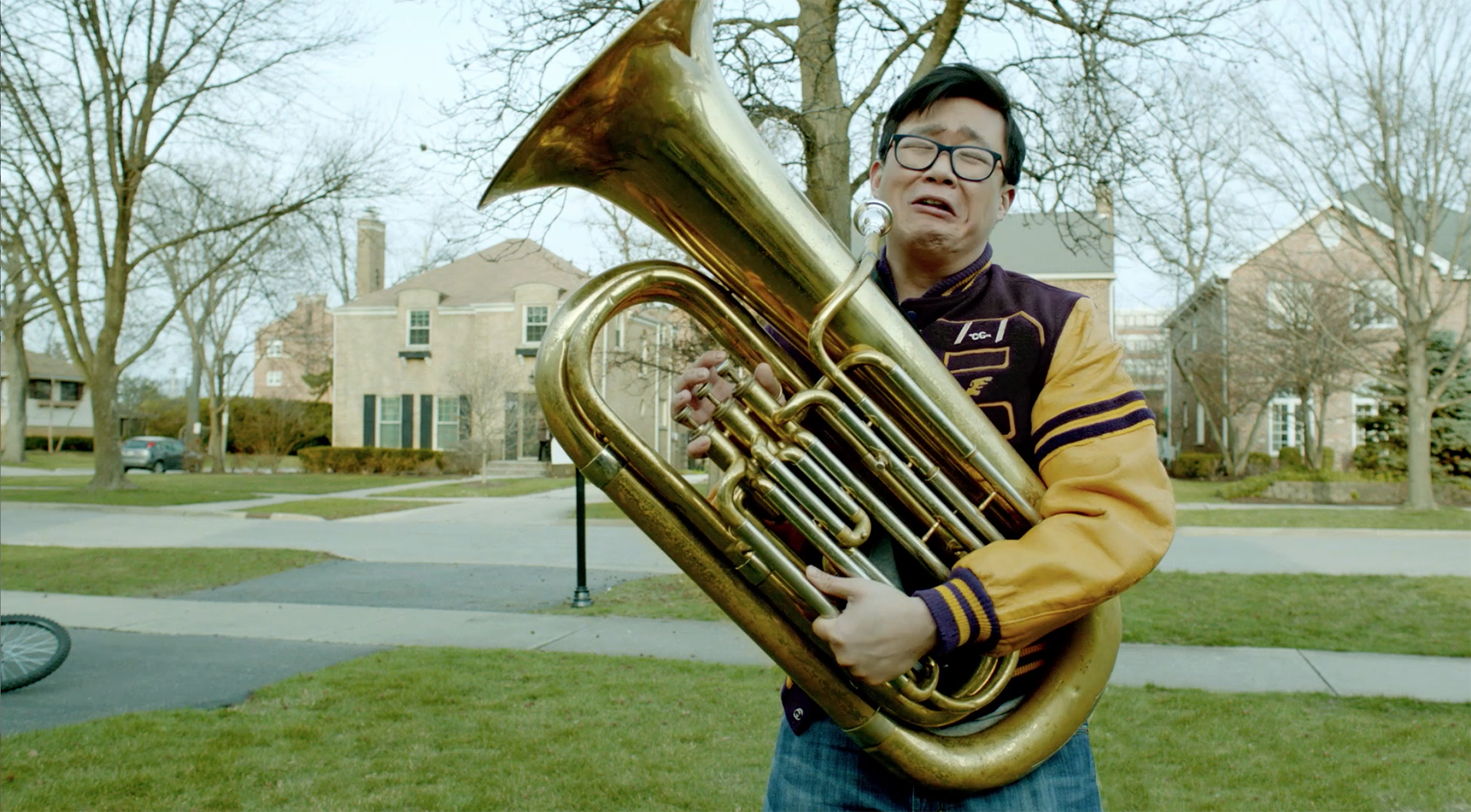