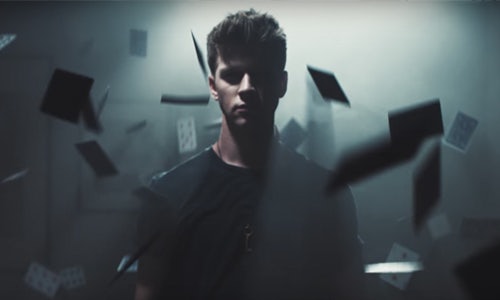 With the progression of social media and the rise of online creators like Collins Key, has changed the architecture of how entertainment behaves and fits into our lives. In today's world, Millennials and Gen Zs find their entertainment in their friends, and as such, expect that their entertainment act as a friend - an idea we like to call "friendertainment." And what better way to bring a friend group together to create a massive scavenger hunt across the internet and Los Angeles - which is exactly what we did in "The Disappearing Girl."

"The Disappearing Girl" was the First YA Show where fans unlock the story and plays out in real-time of social media: An indie-romance for the YouTube generation, The Disappearing Girl starring social media star/magician Collins Key, enables his fans to help him find the girl of his dreams. The mystery played out in social media: An Instagram account was created (@unlockalldoors) for the mystery girl where she posted clues for Collins, which quickly gained 50K+ followers. Each episode had a new clue posted on Instagram in real-time. Not only could fans follow the story in real time, they were able to engage with all the characters the way they would a friend. Every main character in the series had an Instagram and/or Twitter account that were being updated in real-time according to what's happening in the episode.

"The Disappearing Girl" brought AT&T directly into the lives of the nearly three million Keypers, and kept them coming back for more. At the end of the action, Collins hosted a meetup and YouTube livestream, where he revealed that the entire chase had been part of a scripted show. After it was shared that the show was in fact part of AT&T Hello Lab, many of his fans expressed how much they enjoyed the story, but some were disappointed that Collins and Carla were not actually a couple. The series was an experiment that took social media to new heights and AT&T helped make it possible.

"The Disappearing Girl" blew past all KPIs - with over 31MM total video views, 111MM total impressions, and 2MM total engagements. And the interaction between fans and the series was no small feat, in addition to Collins' own social channels, we had 16 new handles devoted specifically to the series, where we saw 1.4MM impressions and over 75K engagements from over 58K followers actively searching for the girl that disappeared after the meetup. And Collins brought Hello Lab to more than just YouTube - appearing on Access Hollywood, WJLA, and WLOS and receiving additional press coverage from Just Jared (4 times!), Mashable, Sweety High, Young Hollywood, AOL, Tiger Beat (3 times!), Circa, Girls' Life, and Instant. 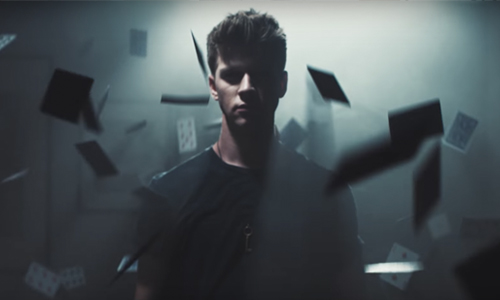