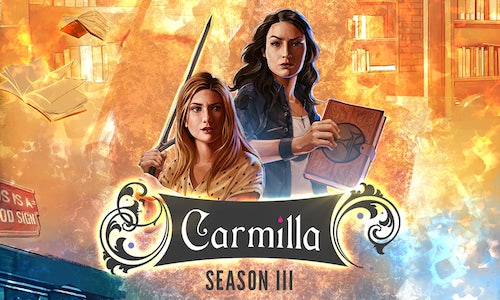 In September 2016, Smokebomb Entertainment/Shift2/U by Kotex teamed up once again to create Season 3 of Carmilla – a popular scripted YouTube web series based on the 19th century gothic lesbian vampire novella by Sheridan Le Fanu. Initially written as a cautionary tale warning against female sexuality, Smokebomb Entertainment/Shift2/U by Kotex set out to re-tell the story – this time as a celebration of female sexuality, agency, and diversity. The goal? To provide the LGBTQ community with the representation they both needed and deserved!

Set in the school's magical library, the third and final season of Carmilla follows the gang we have come to love as they try to stop their possessed friend from opening the gates of hell on campus. Told in vlog format, the series's narrative extends beyond the show itself through in-world character feeds and podcasts, allowing fans of the series - who've nicknamed themselves The Creampuffs - to fully immerse themselves into the show's storyworld.

Recognized for its strong female characters and diverse representation - from lesbians front and centre to a non-binary character - Carmilla has become well known within the LGBTQ community, offering many of its members a voice and a family.

Where the first two seasons of Carmilla focused on fostering a strong emotional connection with the LGBTQ community, season three sought to empower it through creation and advocacy.

Season 3 took a "Netflix-style" approach, dropping three multi-episode 'acts' over a 2-month duration – allowing fans to "binge" multiple episodes at a time, until all 36 were out. A sense of 'event programming' was built into Season 3 with the use of YouNow – a live streaming social network – to host live pre-shows that accompanied the release of each Act. Hosted by LGBTQ influencers like Sarah and Adrianna from the Gay Women's Channel, Candy Palmater from CBC q, and Lauren Strapagiel from Buzzfeed, these pre-shows included interactive games, Q&A and real-time commentary on the episodes by the cast of Carmilla.

An immersive social campaign accompanied Season 3 and kicked off with Silas Orientation Week, an online frosh week filled with activities like contests, quizzes, challenges, and #CreateACreampuff, which asked existing fans to challenge their friends to watch the series and join the Creampuff family, using a Twibbon campaign. Throughout the rollout of Season 3, the Creampuffs were encouraged to express their creativity and love for Carmilla through campaigns like #CarmillaPhotoFrenzy – an online activity which featured a new dropbox link every week with exclusive Season 3 GIFS, images and more. Fans had to move fast as the dropbox link disappeared after 6 hours. The Creampuffs then had a week to create anything and everything using its contents for a chance to win Carmilla swag. The activity generated thousands of pieces of user-generated content for Carmilla, ultimately helping spread the word about the series.

To further increase awareness and buzz about the Carmilla phenomenon, Season 3 included stunt casting with Enrico Colantoni - best known for playing Keith Mars in Veronica Mars - in the role of Laura Hollis's father. Finally, collaborations between our leads and prominent LGBTQ YouTubers Alexis G Zall & AmandasChronicles were filmed to help spread the word about Carmilla in the LGBTQ community. They alone received over 1 million organic views. Finally, Carmilla attended both New York Comic Con and Toronto's Fan Expo to connect with our audience.

To date Seasons 1-3 of Carmilla have garnered over 55 million views, with more than half of these views coming from outside North America. The series' social channels boast an extremely strong following and have earned 50 million organic impressions and 3 million organic engagements.

Season 3 of Carmilla was widely successful and saw over 7 million views in less than 2 months. Trending multiple times during the season's rollout, #CarmillaS3 was tweeted over 45k times and generated over 55 million timeline deliveries on Twitter.

Following a recent panel at New York Comic Con, it was announced that a Carmilla movie is being made. Within 24 hours of the movie's announcement, #CarmillaMovie was tweeted over 12k times. Slated to shoot in Summer 2017, the feature is nearing its pre-sales goal on VHX and in talks with multiple partners to come on board.

The success of Carmilla showcases the need for more LGBTQ stories that better reflect reality, and bolsters the community rather than buries it. While there is still so much work to be done, Carmilla is a step in the right direction. 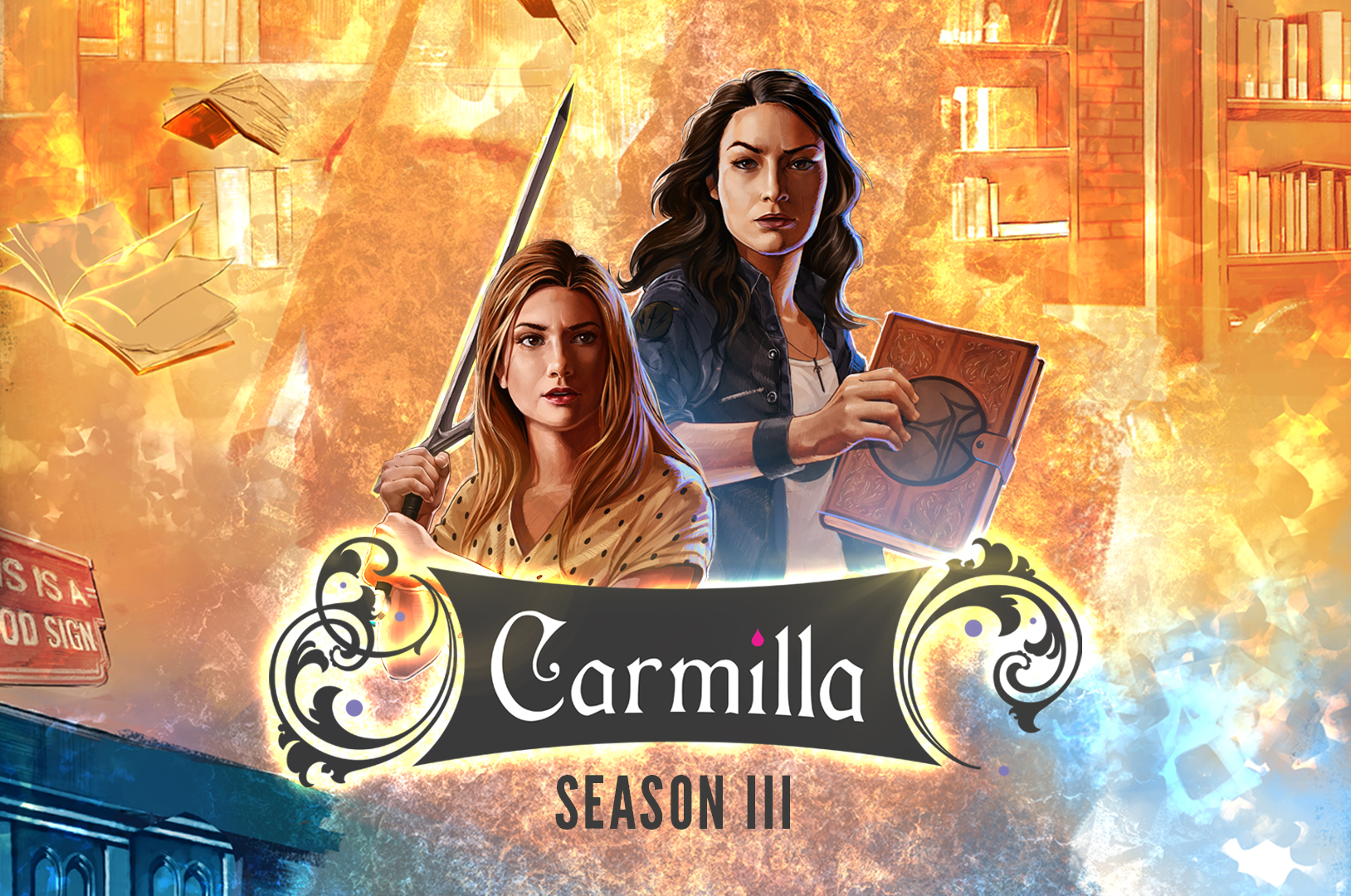 Smokebomb/Shift2, Kimberly Clark - U by Kotex