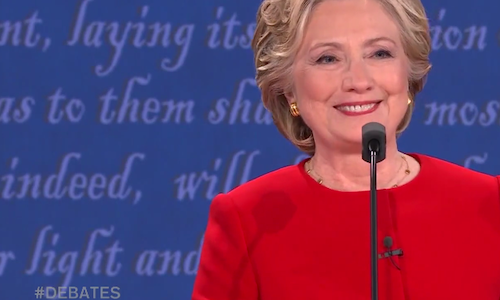 Bloomberg Politics aimed to give political junkies a backstage pass to the 2016 U.S. presidential debates.

With unrivaled access to the top players in both the Donald Trump and Hillary Clinton campaigns, social media users got a first-hand glimpse of every dramatic twist and turn of the race, in real time.

Leading the effort for Bloomberg Politics, veteran political journalists and New York Times best-selling authors Mark Halperin and John Heilemann covered the four debates on location along with a team of social editors, reporters and producers. This allowed for authoritative reporting and in-depth analysis with newsmakers across social accounts including Twitter, Facebook, Instagram, YouTube, and Periscope.

Bloomberg Politics partnered exclusively with Twitter to livestream our coverage of the three presidential debates and the VP debate directly on platform. We showcased pre and post-debate coverage anchored live from the spin room where we had interviews with then-candidates Donald Trump and Mike Pence as well as a Twitter livestream of "With All Due Respect" debate specials.

We seamlessly brought together breaking news, social video, and the social conversation by giving Twitter users a place to watch and react to the live video. We directed users to the vanity url—debates.twitter.com—and used the hashtags #debates and #debatenight to drive home the push. The social team live-tweeted all the debates with quick turnaround video and provided real-time analysis. And the use of Twitter Moments also helped us capture a snapshot of each event. We were one of the first news organizations to have this kind of partnership with Twitter, and it allowed us to reach a broader audience.

Bloomberg Politics interviewed many political insiders for Facebook Live and Periscope: Donald Trump Jr, Eric Trump, Kellyanne Conway, Ben Carson, Jeff Weaver, Donna Brazile and Sean Spicer are some of the many names. The BPol team even gave social users a first-hand look at the area... from the debate hall. In addition to behind the scenes footage, we talked to supporters on the ground and got video of Mark Cuban and Rudy Giuliani.

We curated must-see portions of each debate by posting them natively to Facebook in real time. Videos like this and this generated nearly 200,000 video views each and were shared hundreds of times. This video we cut for Facebook, when Trump and Clinton were asked to name a quality they admire in one another, got 458,000 video views and reached nearly 6 million people.

For the Instagram audience, we captured the scene on the ground through photos and Instagram Stories, using a mix of videos, stills and text on screen.

Rounding out our coverage, we leveraged the newly created Bloomberg Politics YouTube channel for livestreams and quick turnaround videos of each debate.

The creation of social-first videos further enhanced BPol's multi-platform presence. These pieces provided an entertaining yet informative look at the debates. Highlights included "How to Rig An Election, Ocean's Eleven-Style" and "The Official Drinking Games Rules for the VP Debate."

Our made-for-social video explainers like "The Final Presidential Debate, In 3 Minutes" collectively generated hundreds of thousands of views. This Quicktake series helped to disseminate information on key issues for our social audience.

The day of the debates, we reported the results of official Bloomberg Politics polls that reflected the current state of the race. These results became widely shared on Twitter and Facebook, as well as by other journalists and media outlets.

We drove the political conversation on many platforms and it reached millions of users. We dominated the dialogue on Twitter, were our coverage even became a trending topic. More than 3.2 million unique viewers watched our special broadcast coverage live on the platform during the second debate. Our Twitter Moments were also featured prominently by Twitter before and after each event.

From September 26 to October 20, the company's three flagship Twitter accounts—@business, @bloombergtv and @bpolitics—gained nearly 105K new followers total. That's a growth rate of 62% during that period.

Bloomberg Politics debate coverage from September and October got over 1 million views on YouTube.

Video for Bloomberg Politics Live at the U.S. Presidential Debates 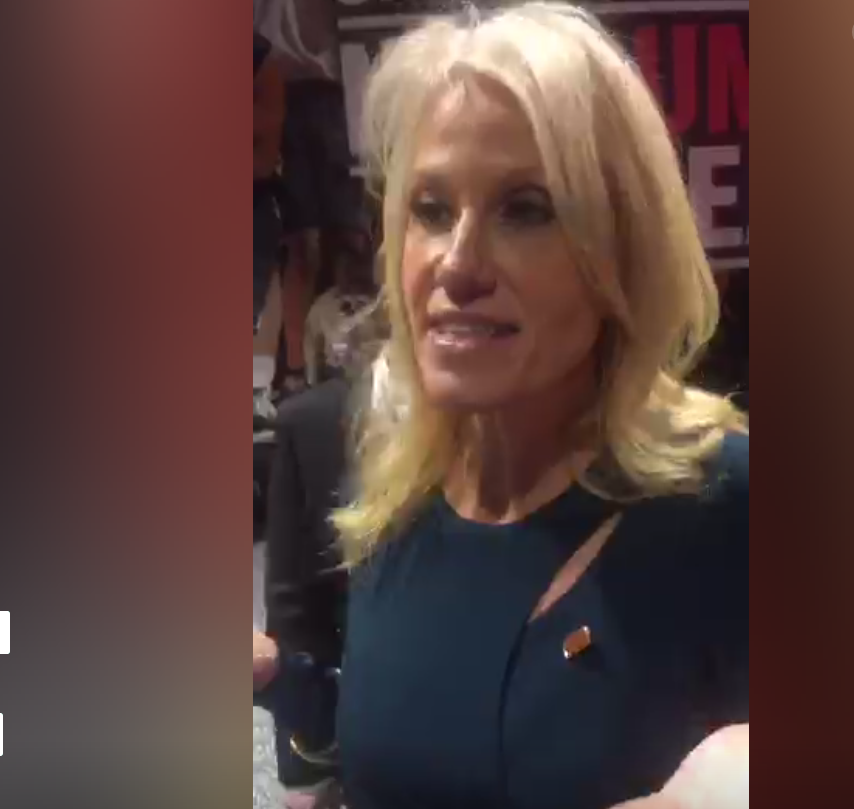 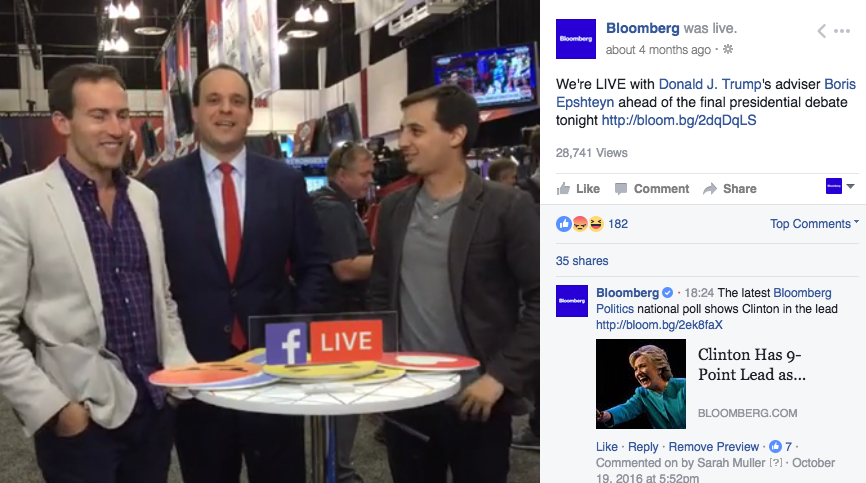 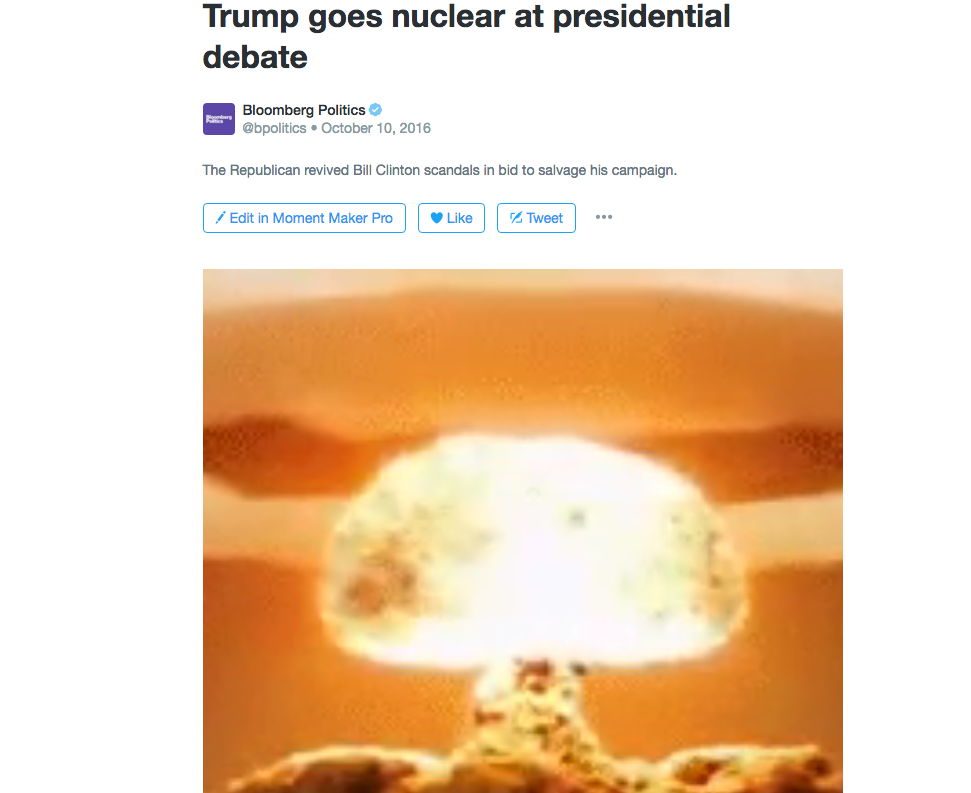 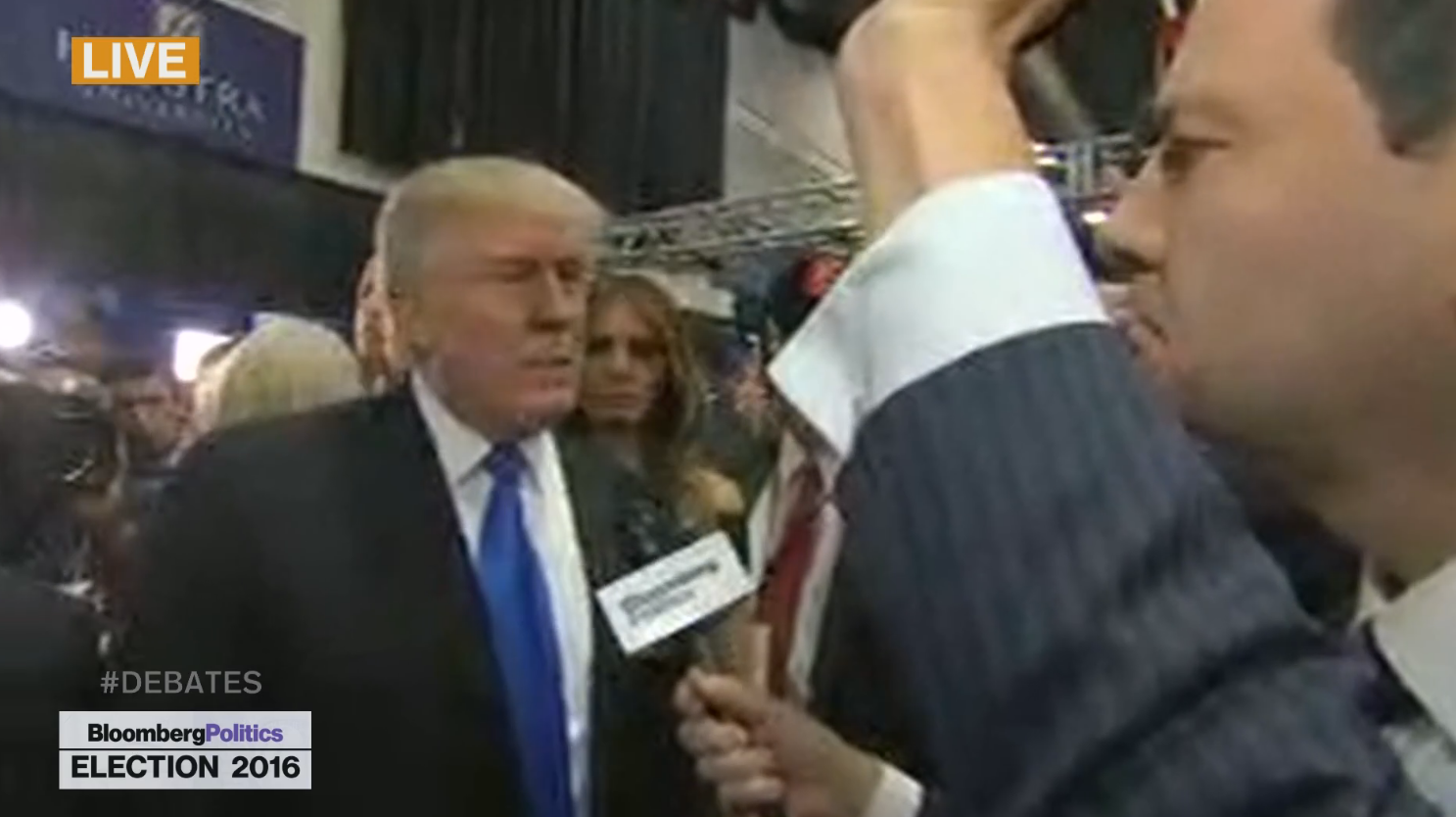 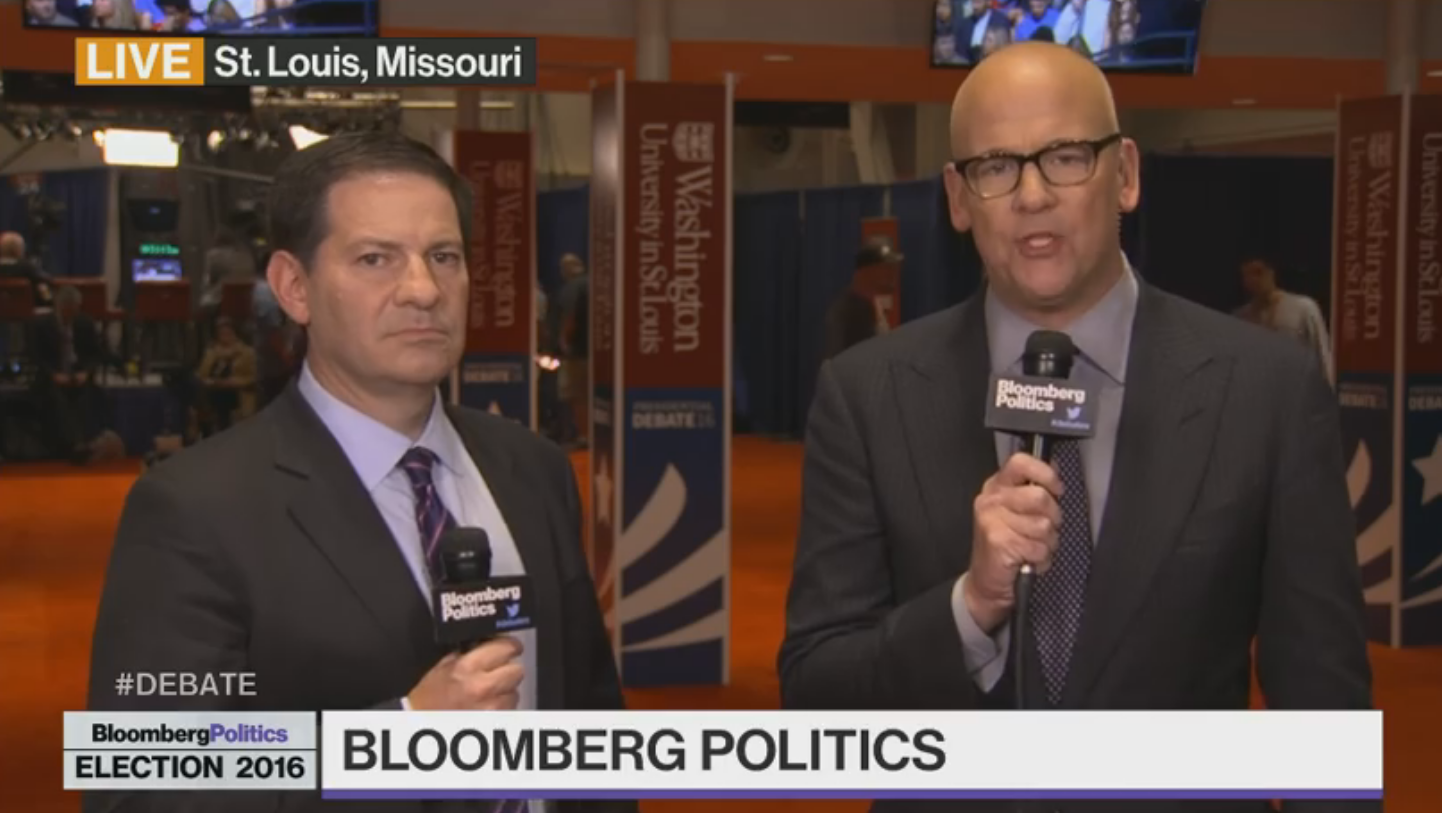 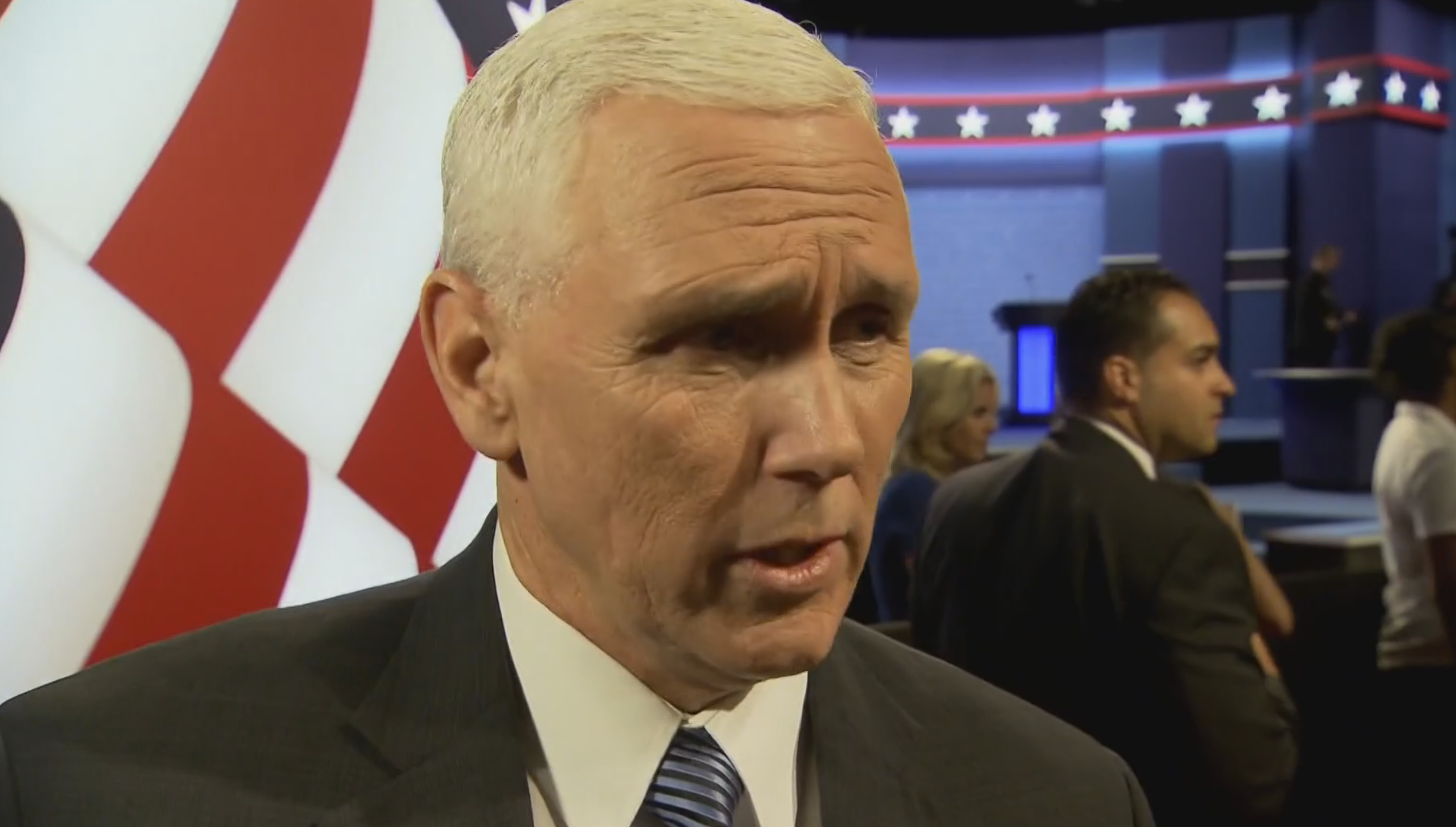 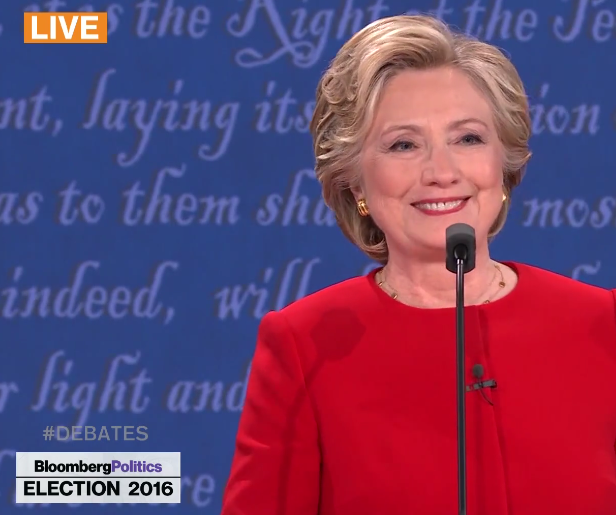 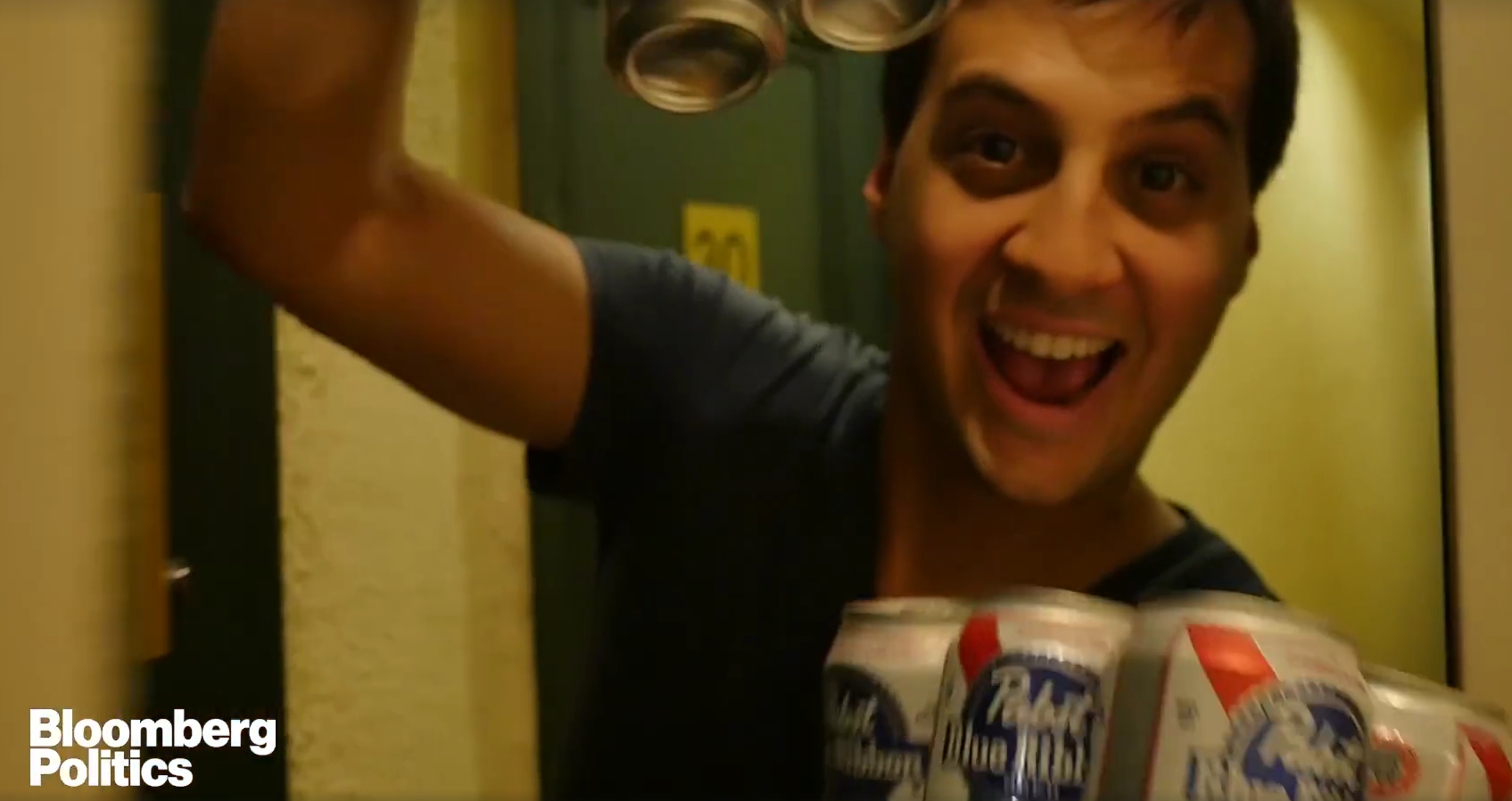 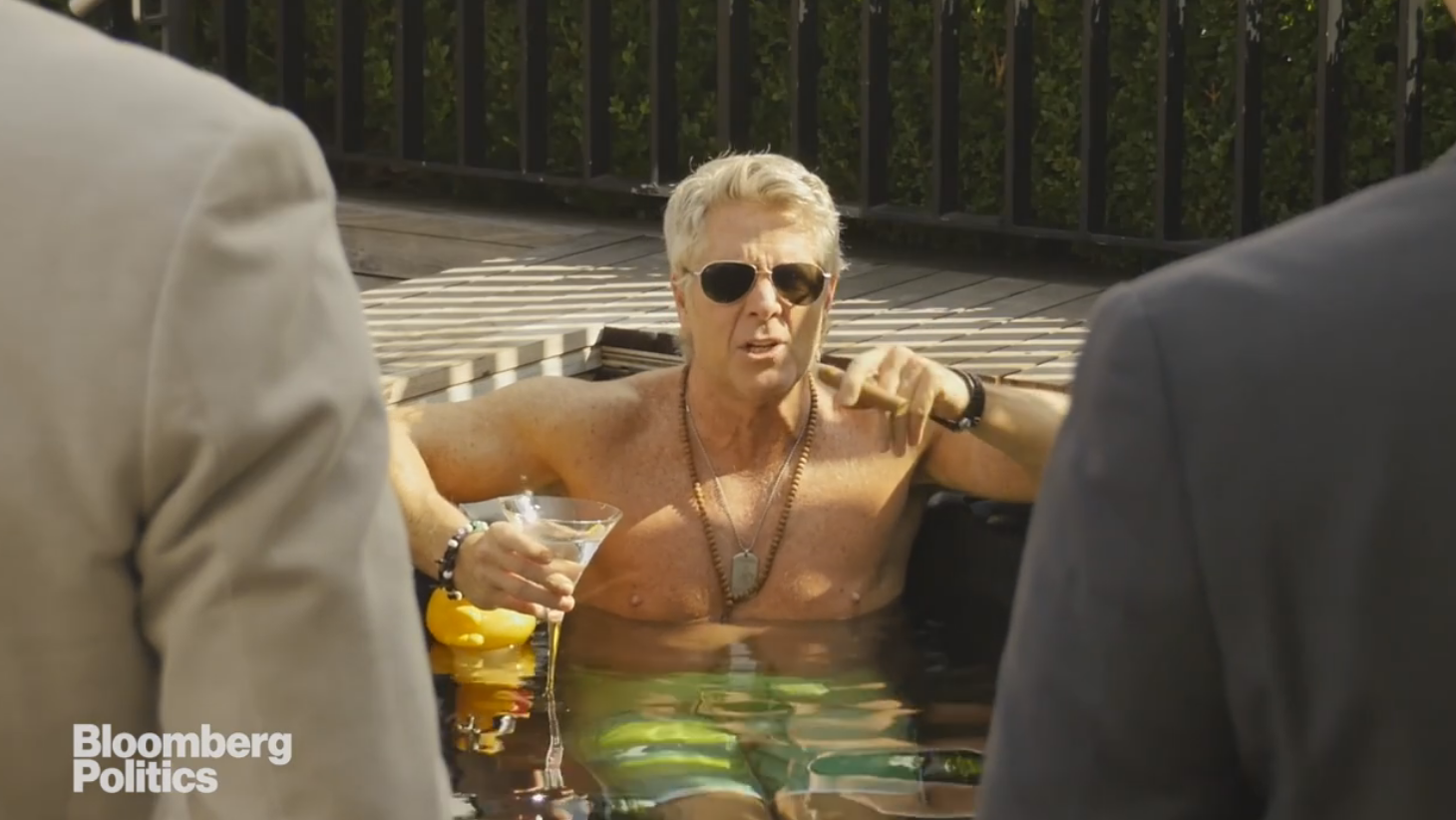 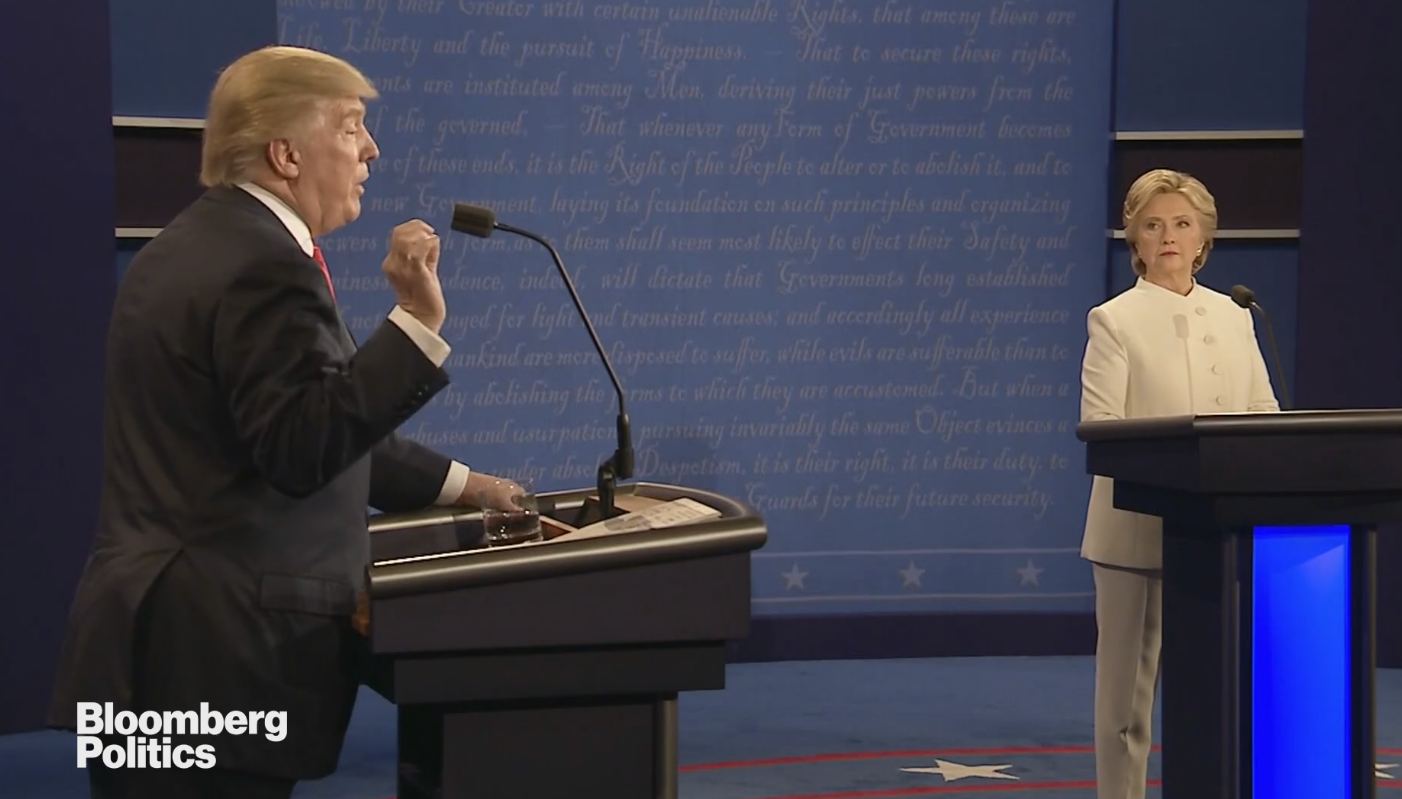 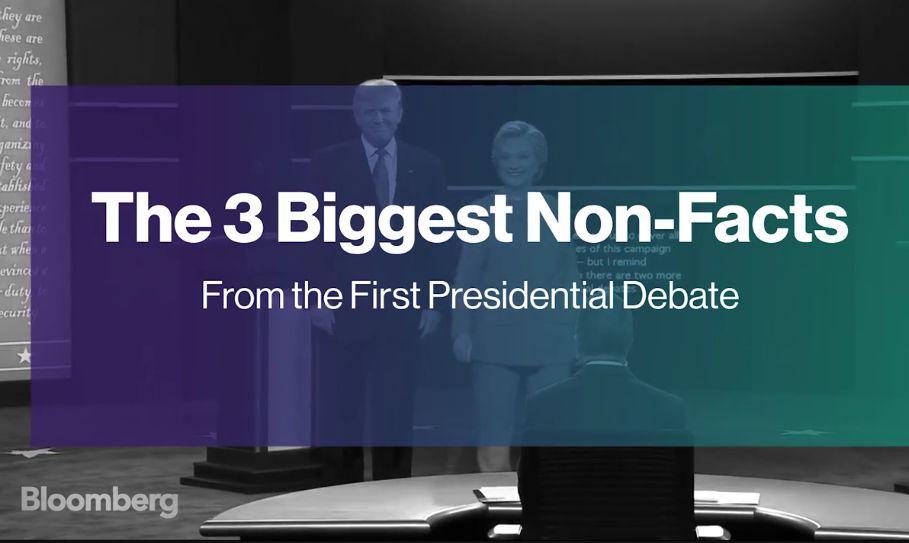