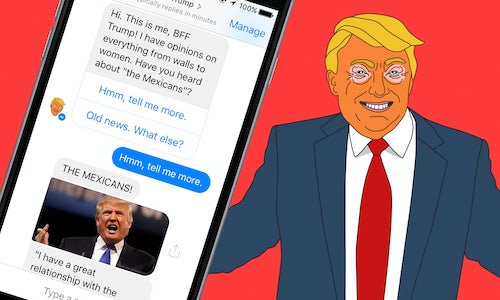 The 2016 Election. Trump was everywhere - on the news, on buildings, sidewalks and steak packaging - everywhere. But with Millennials showing little enthusiasm around the candidates and relying on Facebook, a platform littered with fake news to inform their political views, we began to ask ourselves, "is Trump, the real Trump [and his opinions on women, immigration, etc.] in the newsfeed of the politically-disengaged?"

So we set out to create an experience that would engage our audience and motivate them to turn out and vote by educating the target on Trump's dangerous views using his own, terrifying words.

Diving deep into our Millennial target, we found a number of key insights that would steer our approach:

So we set out to create a digital experience that lived on one of the target's most popular digital channels, Facebook Messenger. Taking inspiration from the experience of messaging apps, we built a chat bot that would deliver key Trump truths in a conversational format our target knows all too well.

For the first time ever, Facebook Messenger users could have a one-on-one conversation with Trump himself, diving deep into his views on everything from "women" to "love", through a choose-your-own adventure dialogue powered by direct quotes from the candidate.

We knew some users would come to BFF Trump with specific things they wanted to talk to Trump about, so we created a series of easter eggs to popular topics and memes in the media, serving up GIF responses to inquiries like "taxes", "walls", "eagles", "IQ", "Making America Great Again" and more.

Knowing fake news was on the rise and Trump's campaign was continuously focused on breaking trust with the media, it was incredibly important to provide channels to verify Trump's words. For those who had doubts, the "Really?" button beneath each quote provided proof, driving users to the relevant clip, sound file or article verifying his words.

And for any users who responded to the bot with anger [there were many] the bot delivered a call to action to get out and vote on November 8.

In just a few months, BFF Trump over forty mentions in the US [NowThis, FastCo, Motherboard, AdWeek, VentureBeat, AdAge, Creativity, We Are Social Media, Digg] and around the world [Mexico, Australia, Germany], delivering over half a million of Trump's worst quotes to over 21,000 users without a single dollar of paid media.

Pairing key election hot topics with surprising easter eggs and aspects of Trump's personality largely unexplored by the media [kids, money and an apparent obsession with Robert Pattinson], led to 110% more engagement than the average bot, with an average 25.4 messages sent per conversation. Some users powered their way through over one-thousand quotes!

On the day after the election over 55,000 users engaged the bot and today, BFF Trump shows no signs of slowing down, indicating this product will play a big role in cataloging and distributing the President's most dangerous words for many years to come. 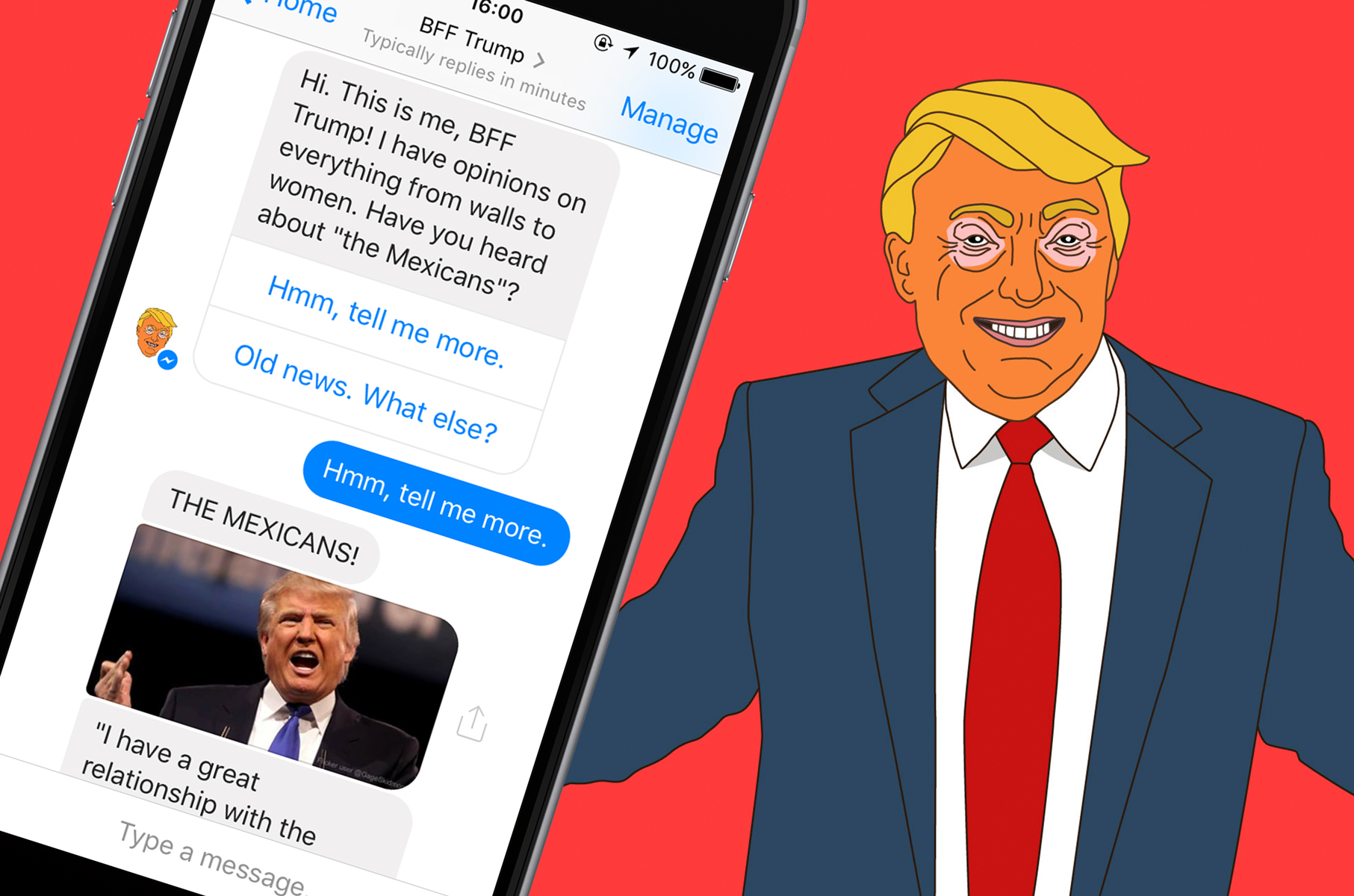 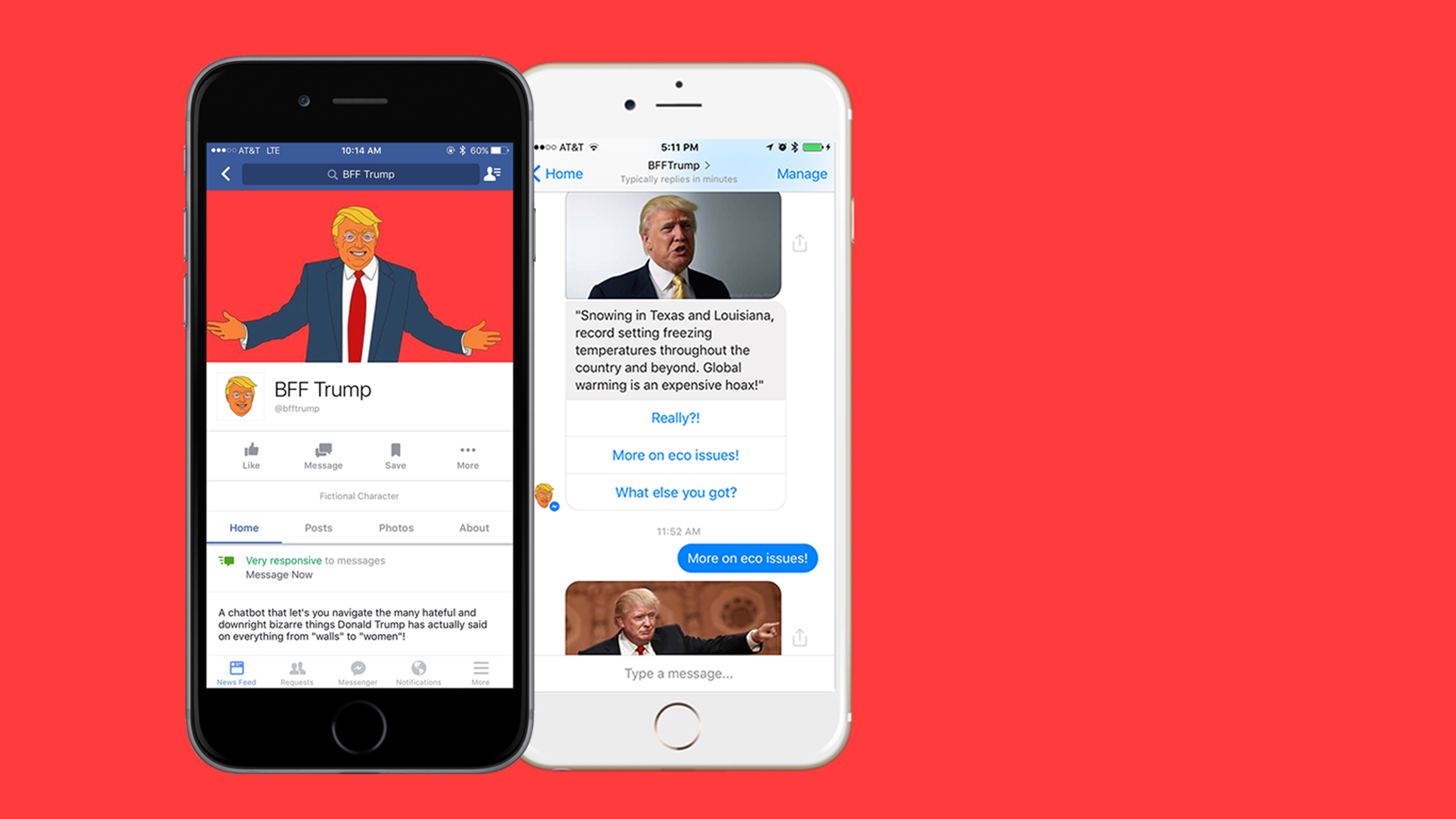 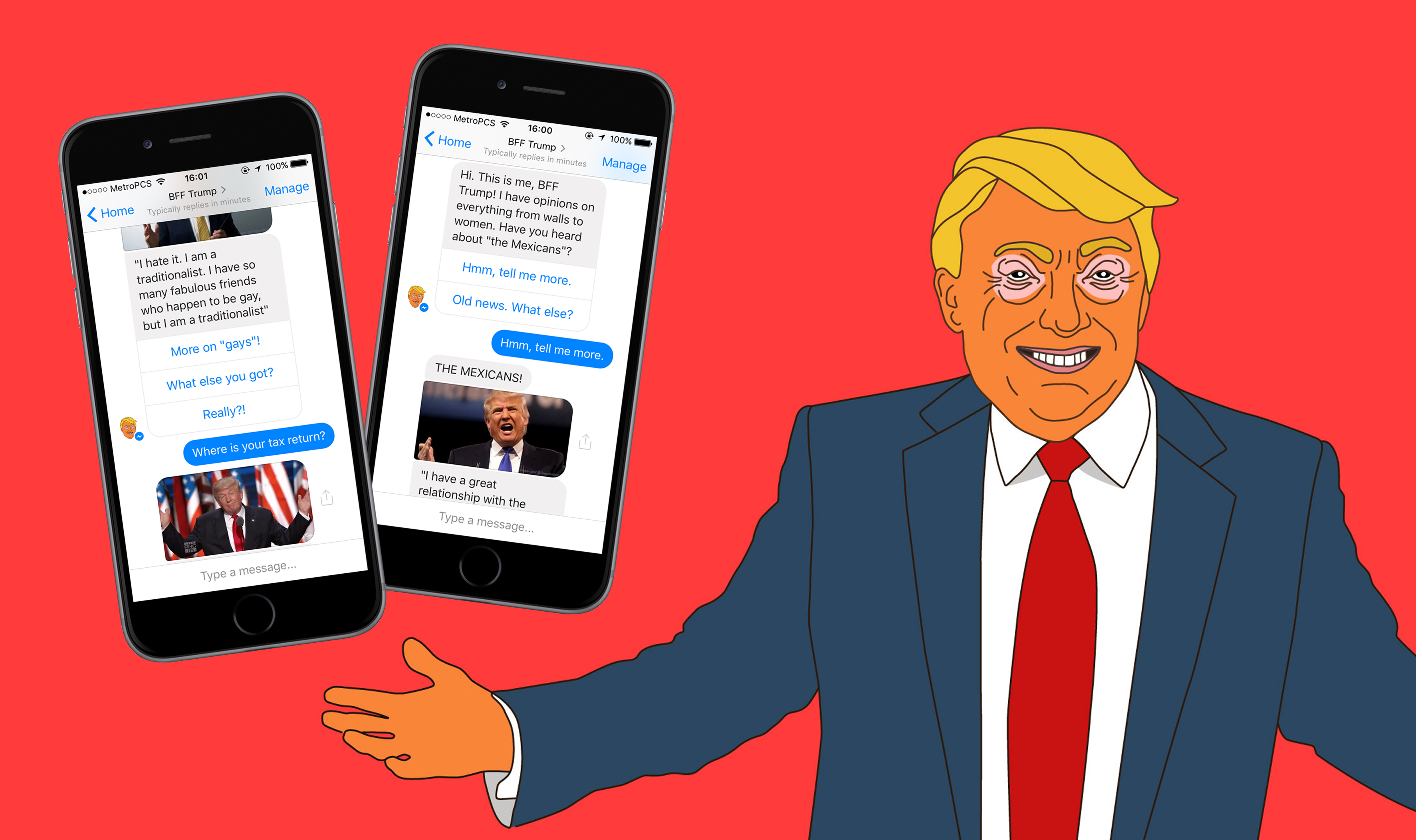