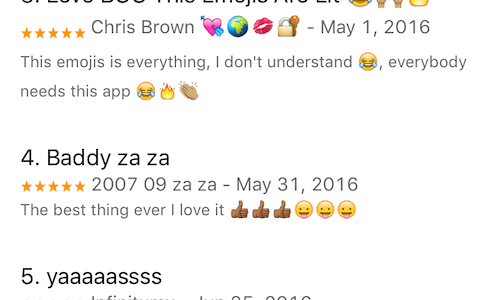 Our goal was to generate excitement around the 15th season of Bad Girls Club by offering our loyal fans the opportunity to "text like a bad girl." BGC has one of the most engaged audiences, with over 24.6MM followers on social and frequently trending in the top 5 on Twitter during new episodes. We wanted to create an experience where fans could express themselves and communicate with each other using content from their favorite show.

We developed a custom BGC Keyboard with emojis, stickers, and GIF's from the most iconic moments throughout the show's history. Content for the keyboard was determined by looking at the most popular scenes and phrases among our extremely vocal social audience. We messaged the keyboard, which is 100% free to download, as a gift to our devoted fans who have kept BGC at the forefront of the reality TV zeitgeist leading into the show's 15th season. Our metrics for success were keyboard downloads, engagement, and overall fan sentiment.

We leveraged Oxygen's owned digital & on-air entities to promote downloads, as well as paid social media and search. On-air promos and snipes urging viewers to download now for free ran during premieres, re-airs and encores of BGC throughout the season. The promo featured classic moments from the show alongside their corresponding emojis, and the snipe was developed graphically to look like a text conversation between friends using emojis from the keyboard.

On launch day, we posted a Snapchat story from the OxygenTV handle showcasing various keyboard content along with real use cases for each (i.e. "When your friend starts saying she's too tired to go out..." next to an emoji of beloved former Bad Girl Tanisha banging her infamous pots & pans). We also leveraged BGC alumni to promote the keyboard organically to their large fan bases by showing off their personal emojis!

On social we employed app download ad units across Facebook and Instagram, targeting BGC fans, popular apps, and competitive TV audiences. The creative showcased the keyboard content and had a clear CTA for users to click to download. This initiative offered a low barrier to entry in that once a user clicked to download, they were taken directly to the App Store or Google Play page, depending on their device. We also added an app extension unit on Google to enhance our search marketing strategy. Anyone searching for BGC on their smartphones was served a download button alongside existing search copy driving to their respective app store.

The campaign was an overwhelming success! We drove 61,090 downloads of the keyboard throughout the season, with over 20K in just the first week - surpassing initial performance of our larger sister network Bravo's free Daily Dish app. 72% of users were ages 18-34, and 75% were female, meaning the offering resonated with Oxygen's core millennial female target. Emojis, stickers and GIF's were shared over 634K times. Over a third of downloads can be attributed to paid social, generating over 24K downloads at an efficient $0.58 cost per install, and surpassing previous app download campaign benchmarks. Search drove efficient clicks and downloads, surpassing Google's benchmarks, at an $0.81 CPC. And the fans love it! The app has a 4.5/5 rating, with overwhelmingly positive reviews from fans thanking us for "the best thing ever"! Ratings-wise, BGC15 was the #4 most social cable reality program on Twitter, and behind the strength of BGC, Oxygen was the #1 cable network in the Tuesday 8pm hour among F18-49 and F18-34 in Q2 2016. 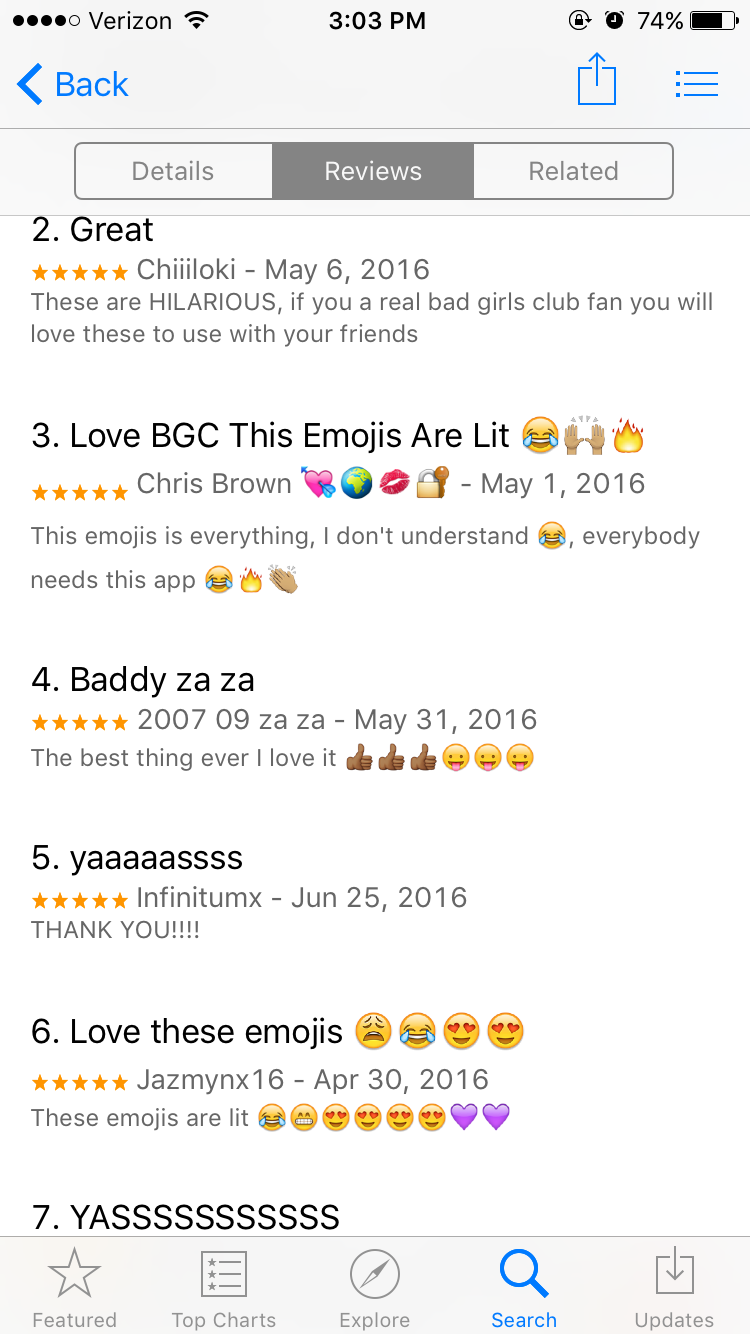