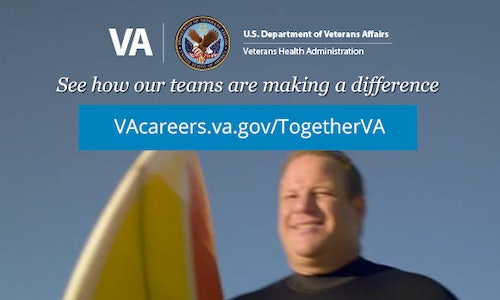 VA was looking for the most cost-effective ways to raise awareness of their career opportunities and recruit qualified candidates for hard-to-fill health care positions, including physician, nursing and pharmacy roles. With a paid recruitment ad and a PSA in place on targeted television channels and programs, the organization needed to integrate other platforms to support and enhance their current communications. So, they teamed up with J. Walter Thompson INSIDE to come up with the best possible solutions.

Millions of people use social media, and many see it as a great way to learn more about and interact with potential employers. With this in mind, we identified the most popular and suitable social media sites (e.g., Twitter, Facebook, Instagram, LinkedIn, Google+ and YouTube) and integrated them into the strategy of the TV campaign. The VA Careers Blog and various internal communications initiatives were included, too.

On Twitter, VA and their partners shared campaign-specific messages that included pre-approved handles and calls to action. The timing of the tweets was usually based around the airing of the TV spots, enabling VA and their followers to interact with each other before, during and after the commercials were seen. This amplified the organization's recruitment efforts and increased engagement among potential candidates, especially when VA employees joined the conversation.

These tactics were also implemented on Facebook, LinkedIn and Google+ and through various internal communications initiatives. And since these sites allow for more room for content, VA used them to share inspirational stories of their employees, which can be found on the VA Careers Blog, as well. In addition, on every Monday VA submitted #MotivationMonday quotes generated from these stories, further enhancing the organization's cross-promotional efforts.

VA's social media campaign generated 11.9 million impressions and 59,800 engagements on Twitter; 1,333,291 video views on Facebook; and over 741,000 views on YouTube. Most importantly, the campaign was responsible for a significant spike in traffic to VA's careers site.

Video for Together VA 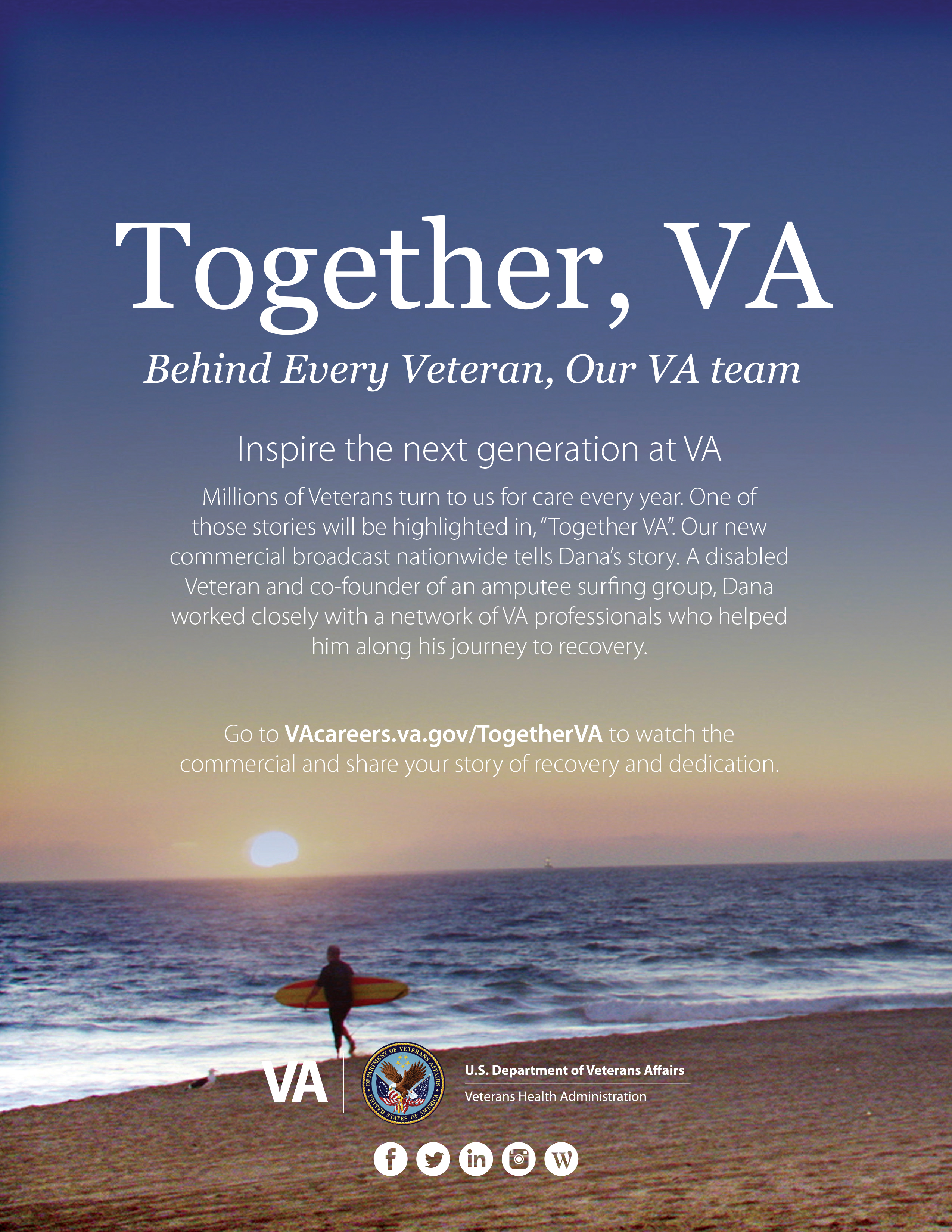 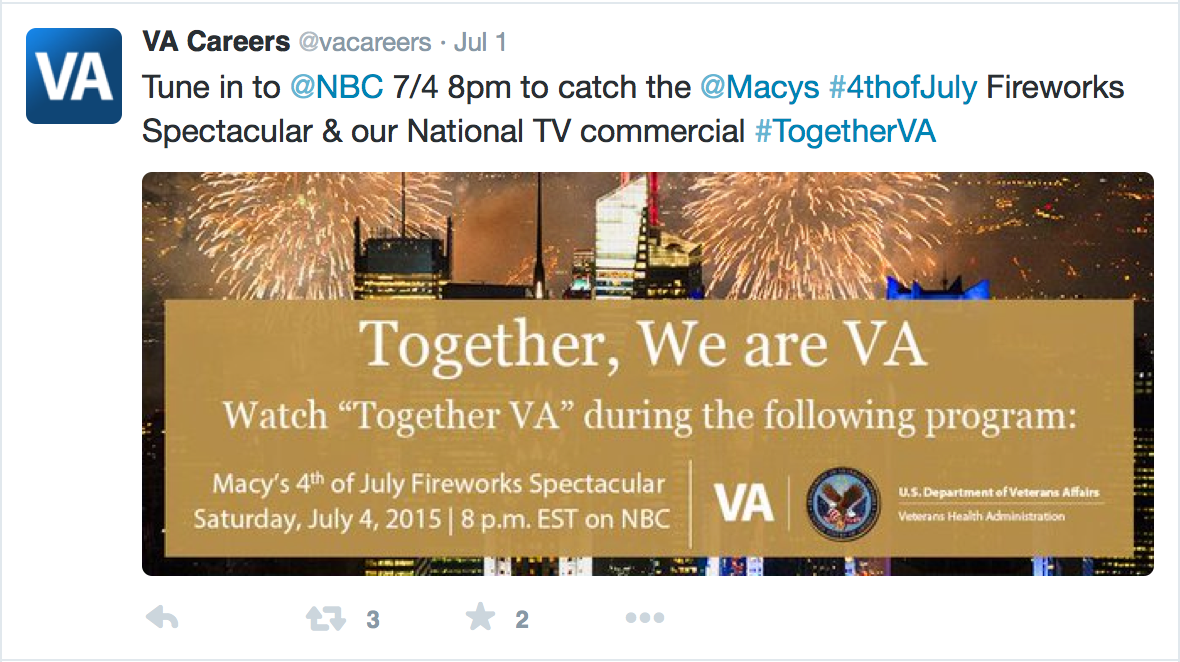 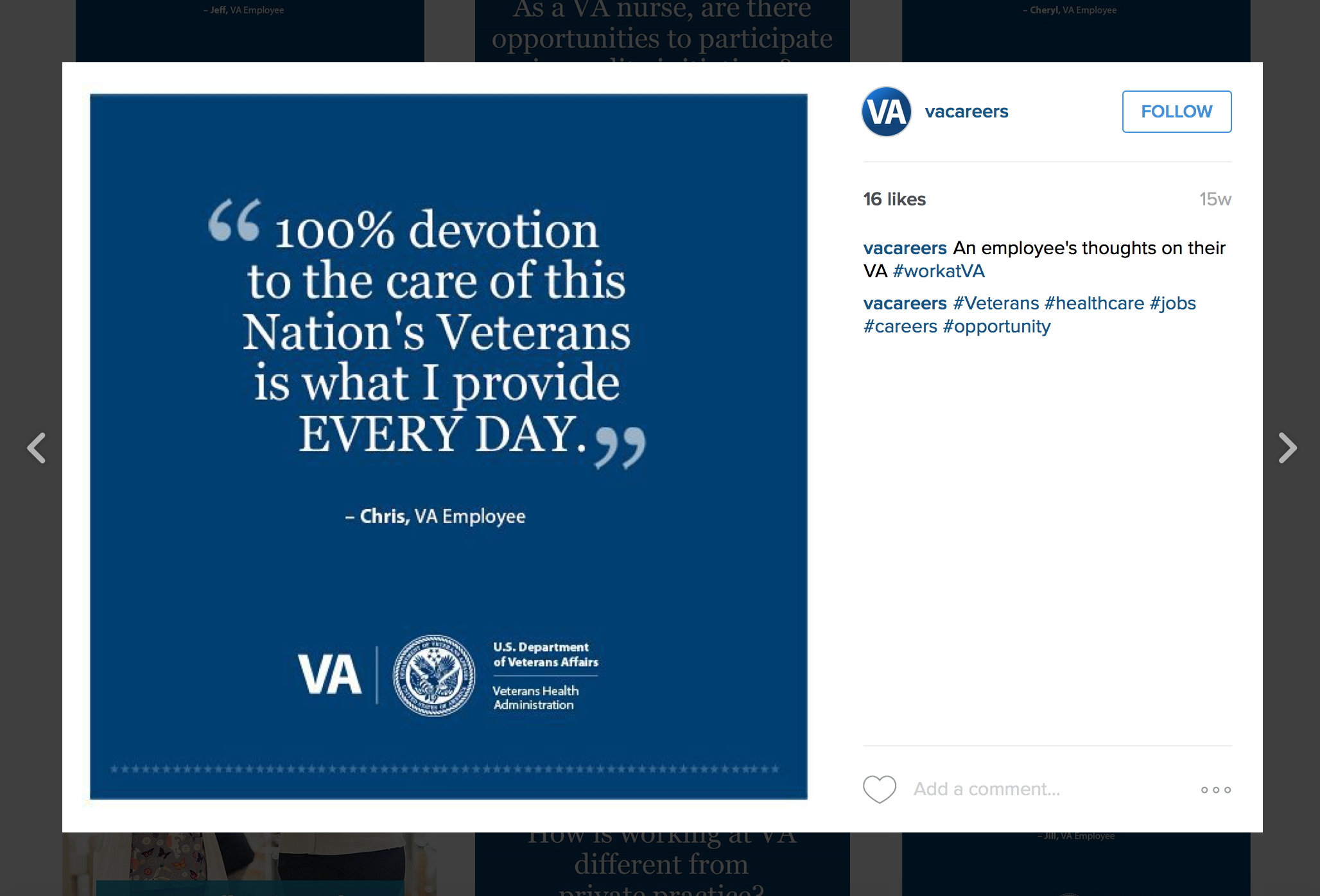 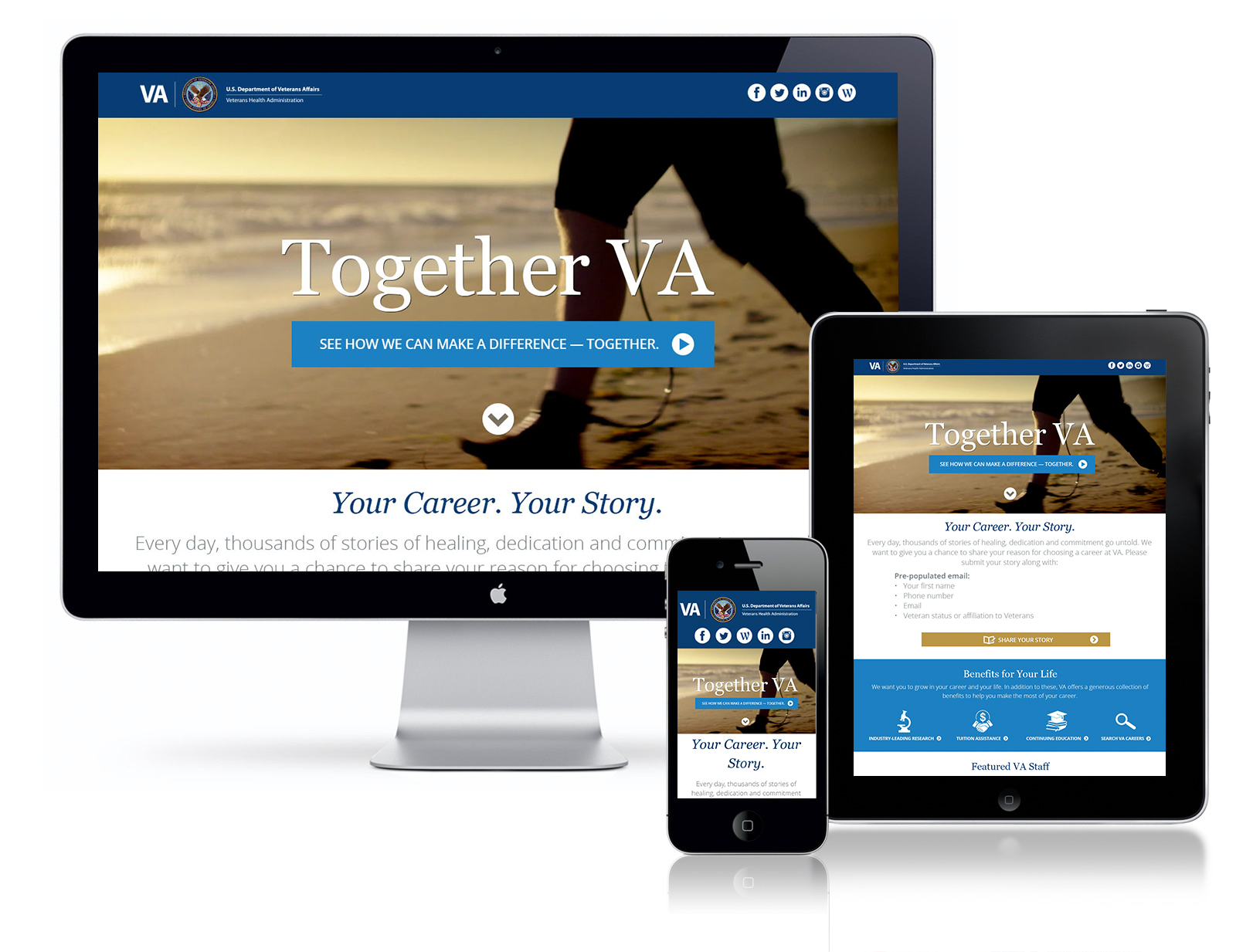 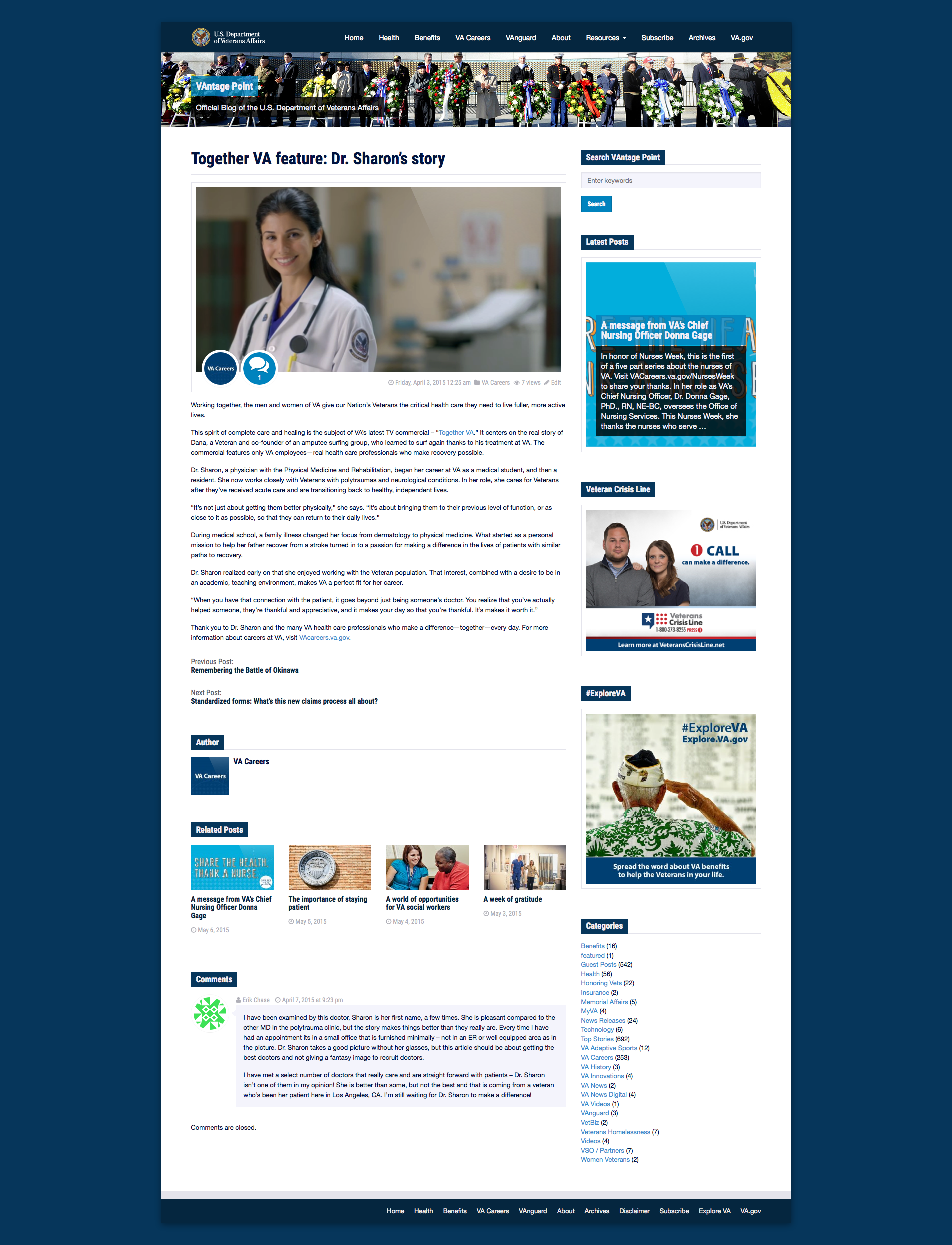 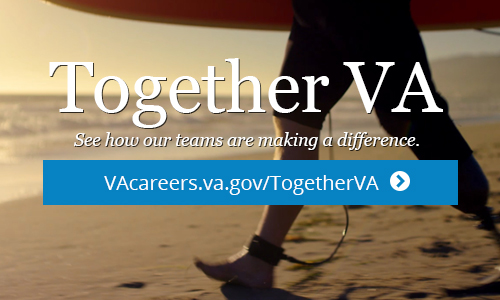 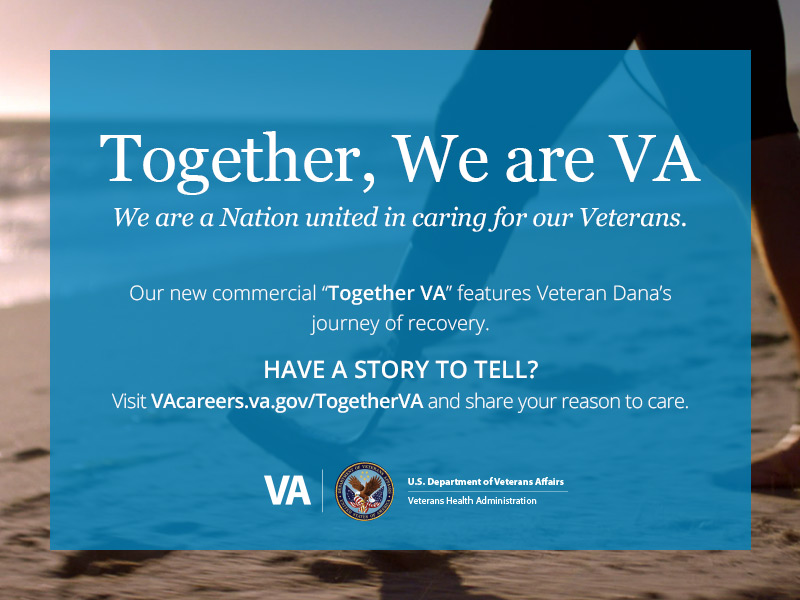 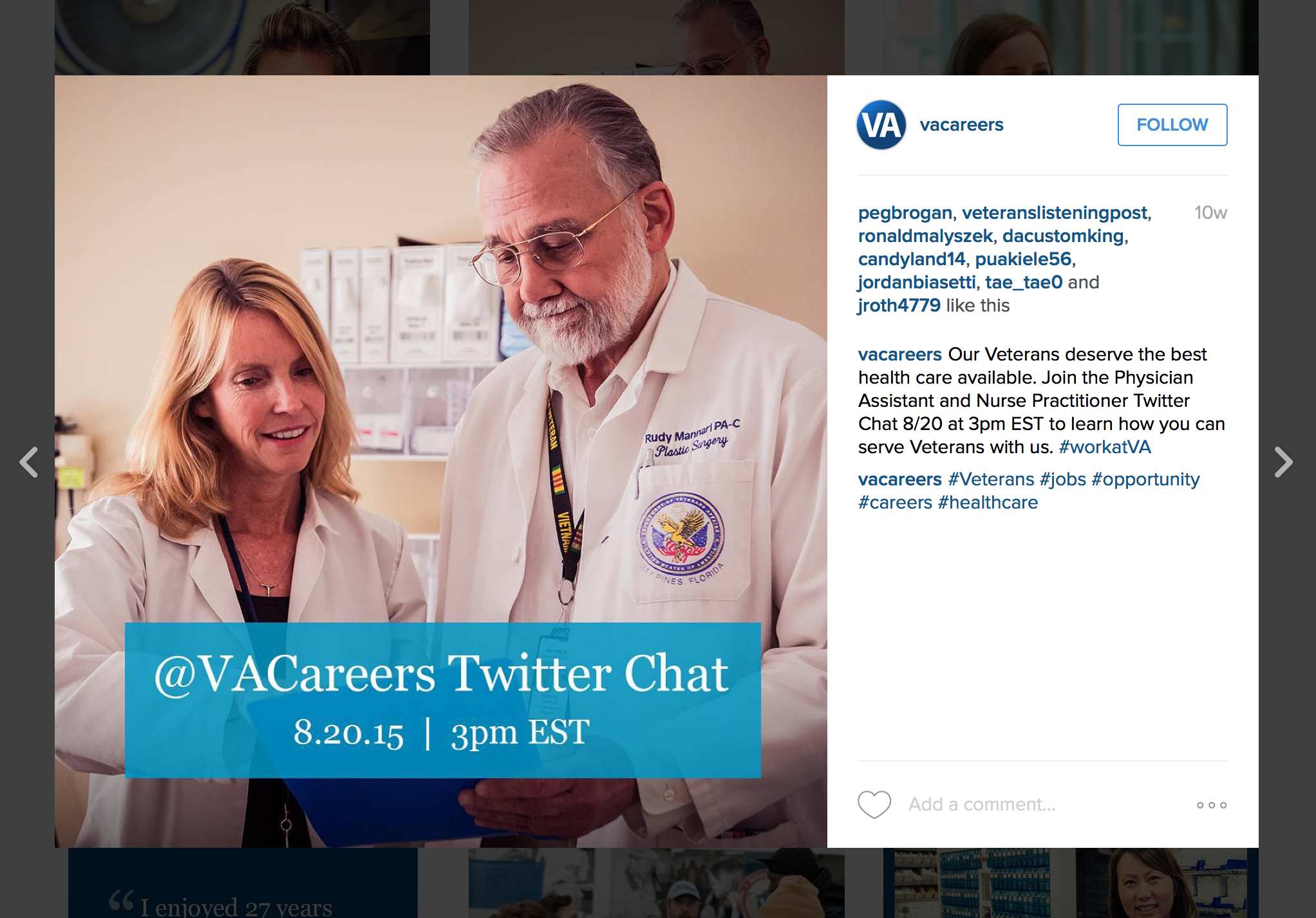 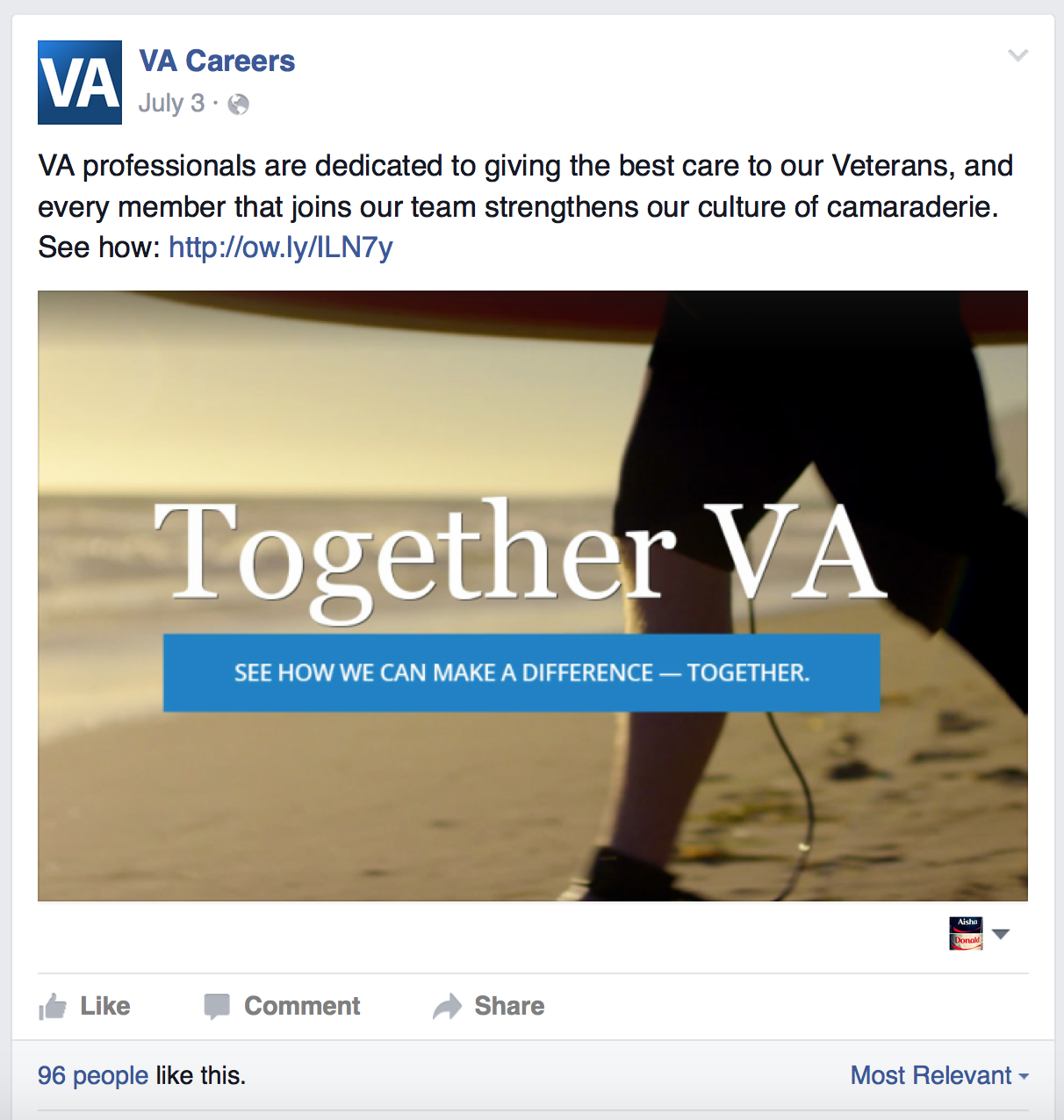