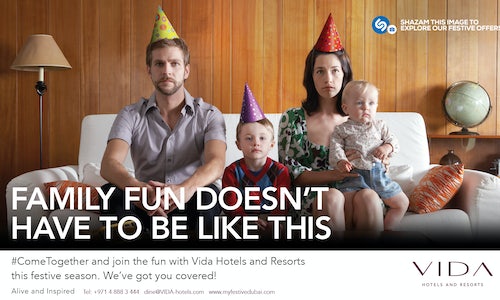 Vida Hotels and Resorts wanted an innovative integrated campaign to make them stand out from the crowd and drive footfall to their F&B outlets over the festive period.

We built our response around two key insights.

Firstly, Dubai's 90% ex-pat population, with separation from friends and family commonplace. Secondly, we found that most searches around "Christmas" in Dubai actually centred around, not gifts or dinners, but Christmas Music.

Armed with the knowledge that there were 1.8m expats with a keen interest in Christmas music we developed the central creative "Come Together" (you don't have to be alone this Christmas) at Vida Hotels and Resorts, with Shazam – playing on the musical focus – the vehicle that brought it all together.

"Come Together" was given a darkly humorous twist across print, video, social, and offline with the Vida joy truck, using comedic representations of drab, lonely Christmases across our dual focus of office workers and families.

Users could Shazam the print ads, social assets, video and the joy truck itself (with bluetooth beacon technology) and be taken to a campaign landing page where they could discover more about the offerings from various Vida F&B outlets.

We also used native roadblocks inside the Shazam app that were integrated with the dedicated Vida playlist.

The video received 750,000 views, and the Shazam element generated 40,000 impressions (as well as the impact of print and offline).

Perhaps best of all, from 265,000 views on YouTube, the 50 second video had an average viewing time of 46 seconds.

Our campaign led to sell outs across the board at VHR outlets over a week before Christmas, smashing the main objective. 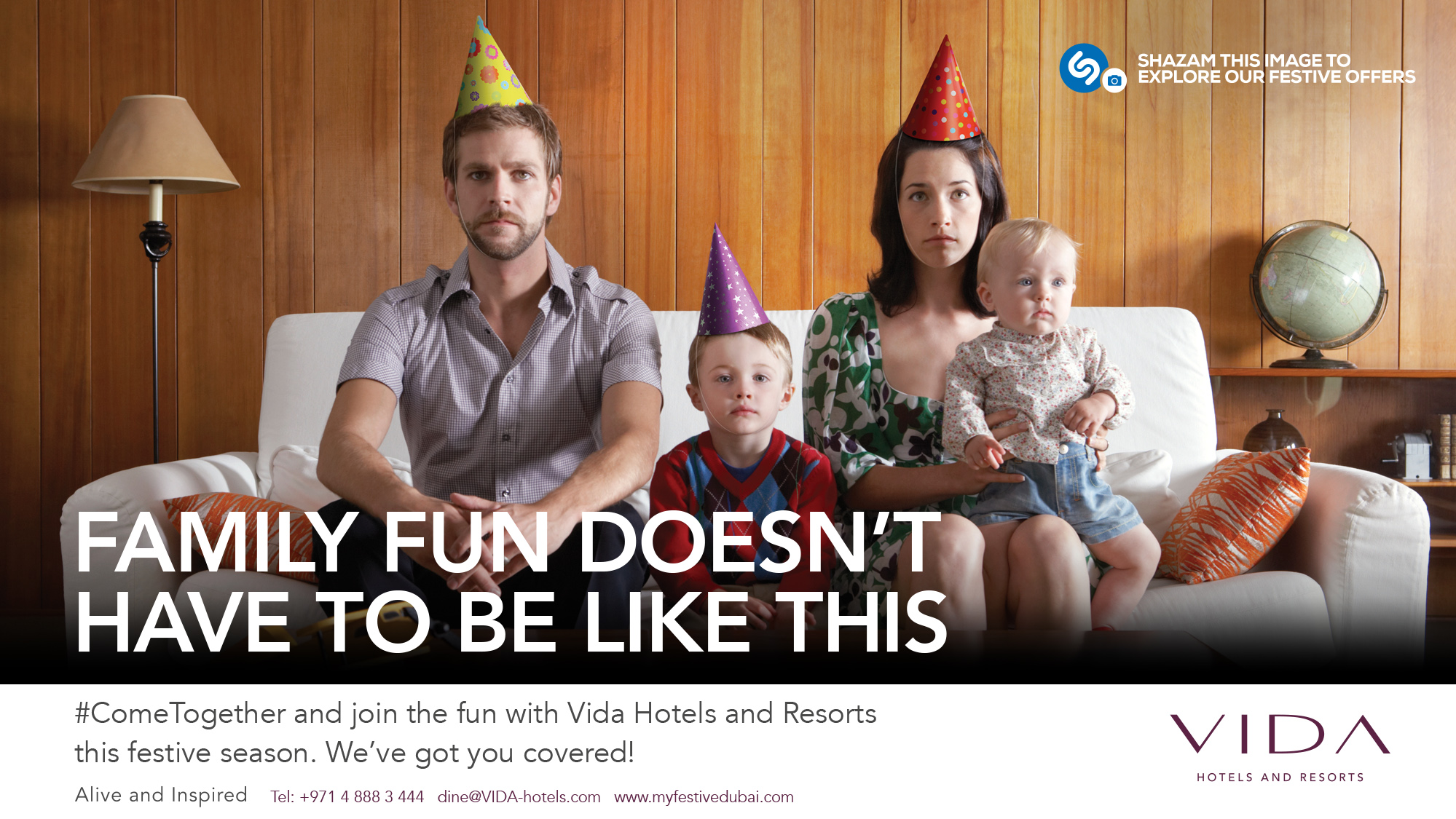