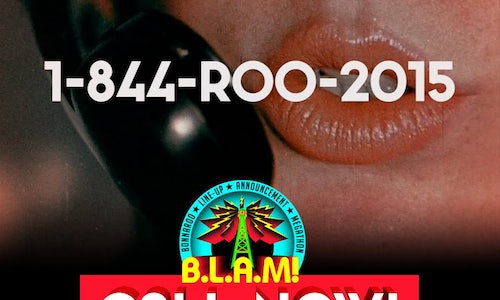 At its core, Bonnaroo Music and Arts Festival is about radiating positivity through human interactions. Bonnaroo literally means "good stuff" in New Orleans slang. A celebration of the real good stuff in life -- music, art, dancing, food, laughter, friends, community -- Bonnaroo is centered around highlighting the things that matter and creating a feel-good experience, wrapped in a music festival.

In 2015, Superfly wanted to create a hype for the annual four-day festival unlike any before, and put the Bonnaroo lineup announcement directly in fans' hands. Three years in the making, the Bonnaroo Lineup Announcement Megathon! (BLAM!) offers an innovative method to announcing the festival each year. 2015's BLAM! created an online buzz through a fan first experience. Using the number "1-844-ROO-2015" and user-generated content, Superfly (creators and co-producers of Bonnaroo) let excited fans announce that year's festival lineup. As a core company strategy, Superfly raised the bar for future innovative festival marketing tactics.

One of the main objectives of BLAM! 2015 was to extend audience reach. To do this, Superfly implemented a highly shareable and engaging social media-driven strategy. This promoted the Bonnaroo ticket on-sale happening four days later and created greater awareness and anticipation for the yearly festival. It gave fans the opportunity to be the first to find out the lineup, announce it themselves, and show off their creativity and brand affinity.

Each year BLAM! is made into a holiday that celebrates big news, music, and community, and gets fans animated about the festival. In 2015, we wanted to make an even bigger splash, shake up the Internet, and extend our social reach past our immediate audience -- ultimately tapping into our fans' diverse networks.

Allowing our fans to be the content creators, providers, distributors, and have the power in their hands to announce the lineup, established a different kind of excitement for the festival property and the ticket on-sale happening four days later. BLAM! is always the celebration of the Bonnaroo community, and 2015 was no different.

How did we get fans to participate? We first released a video explaining how fans could get involved and published via our social media platforms. In a convergence of analog and digital, fans started calling 1-844-ROO-2015 at 6pm EST, and received an artist's name over the phone. From there, they were encouraged to break the news creatively on social media. Bonnaroo.com became the hub to aggregate the madness, and entertain viewers with classic video content from the festival. 106,754 calls were received from across the United States, including Alaska and Hawaii. Influencers such as renowned skateboarder Tony Hawk announced Against Me! to his 3.8 million followers, while actress and singer Lucy Hale announced Brandi Carlile to her 4.2 million followers.

Merging the traditional style of calling-in to a 1-800 number combined with a newer means of communicating via social media, encouraged fans to be more than just content consumers and festival-goers. Fans were able to actually be a part of the experience on a personal and social level, before the Bonnaroo cultural experience took place. Whether they announced with social posts in the form of selfies, music videos, or their pugs posing with handwritten signs, fans were innovative with delivering the news to their world about which artists they heard firsthand were performing at the festival that year.

At 9pm EST the phone lines closed, and we released the official lineup announcement video featuring a compilation of user-generated content from fan's creative announcements on social.

With the Skrillex SuperJam premiering that week, we also gave fans an early look at the upcoming documentary release on Bonnaroo.com. To put the cherry on top, The Tonight Show with Jimmy Fallon mentioned Bonnaroo two days in a row the same week. The following week, the Bonnaroo Jimmy Fallon Lip Flip segment with Jennifer Aniston replayed in taxi cabs.

The 2015 BLAM! was a combination of merging old with new, utilizing fans and their audiences in a creative manner, and recapping on TV featuring top-tiered influencers to continue to drive ticket sales.

For the 2015 edition, allowing fans to announce the artists after calling in, resulted in a social conversation of 118 tweets per minute at the height of user activity. It also included 105.5k unique mentions, and 57% retweeted to a potential audience of 57M. The social media madness that took place during BLAM! included ten top influencers such as Time, Twitter Music, Huffington Post, Lucy Hale, Tony Hawk, MTV News, EW, Sony, Vevo, and Pitchfork. BLAM! resulted in 1,377,009 page views; 449,954 users; and 565,629 sessions. But the impact of the announcement didn't end there. #Bonnaroo, #BLAM, #BillyJoel and #Bonnaroo2015 were all trending topics on Twitter well after the stunt ended. When the admat was shared on Facebook coupled with a ticket giveaway, there were 17k shares on Facebook and 2M impressions. When doing so on Twitter, there were 25k retweets (a new Bonnaroo record!) and 2.4M impressions. The viewership analytics showed 188,596 streaming playbacks, 56,159 unique views, and 77k total views of BLAM! lineup video (breakdown: Facebook 53,484 video views and YouTube 23,538 video views). In a 5-day period, Bonnaroo saw 25,915 new followers. Facebook and Twitter led the referral efforts to Bonnaroo.com with 38.38% and 26.06%, respectively. 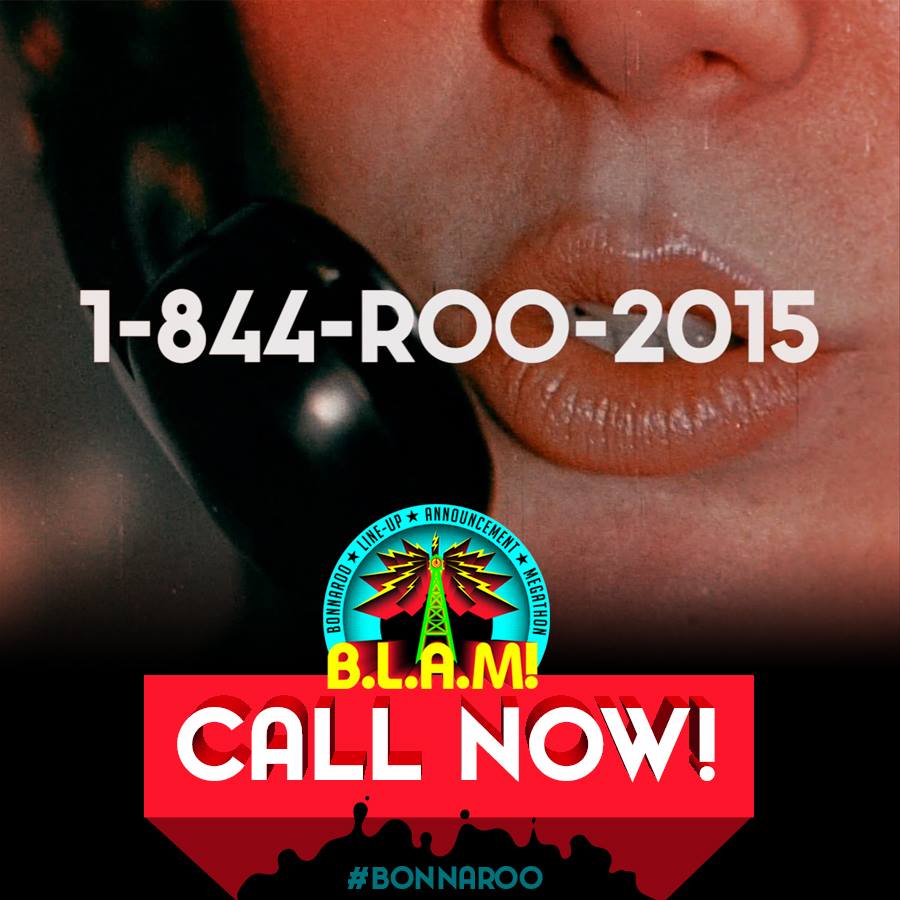 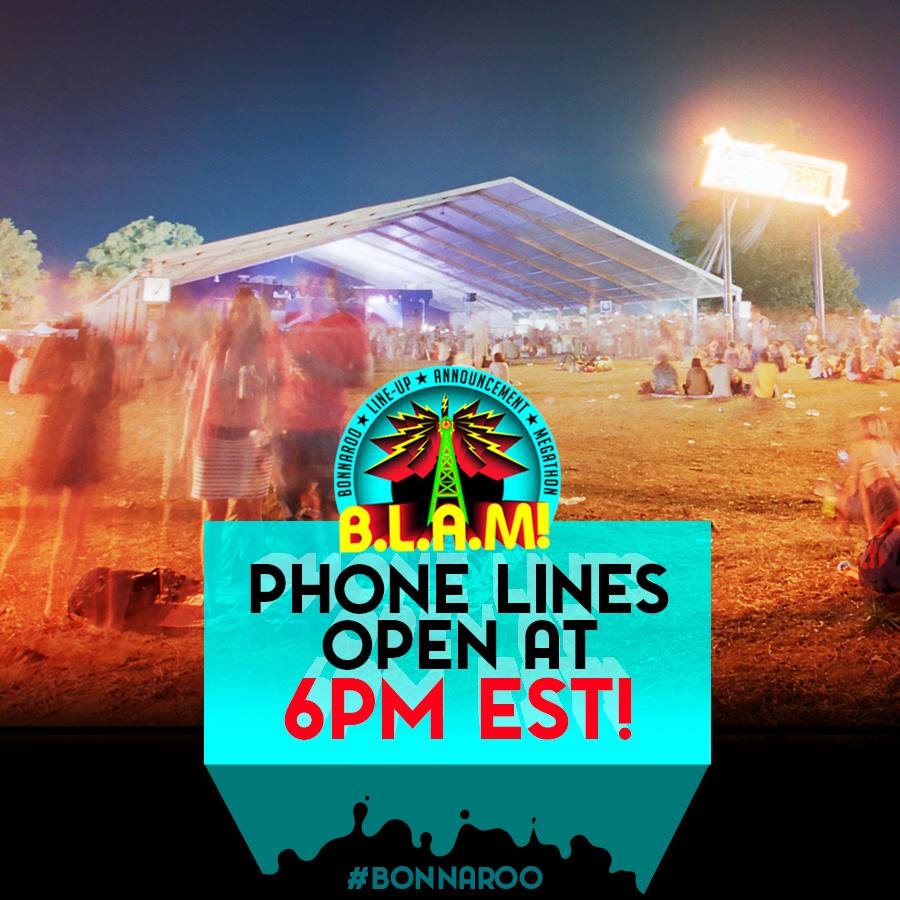