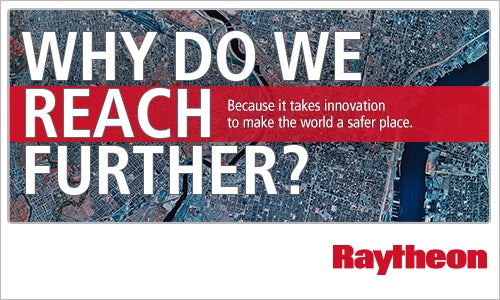 Raytheon Company is a technology and innovation leader specializing in defense, civil government and cybersecurity markets throughout the world. At Raytheon, we know it takes innovation to protect people, information and critical resources – and make the world a safer place. In early 2015, Raytheon launched its new "Safer World" advertising campaign to amplify that message, in addition to updating and tying in our company vision: "One global team creating trusted, innovative solutions to make the world a safer place." It became clear to the Raytheon team that refocusing our social media to provide consistent messaging aligned with the new advertising campaign would help lift audience engagement and increase follower growth on our primary social media channels. This message became the core of our social media efforts, and we have conveyed it on a daily basis through our promotion of the latest innovations in Raytheon products and services. As a result of this new focus, 2015 was the best year yet for social media at Raytheon, as we honed in on our channel strategies and effectively expanded to new social media tools.

When the "Safer World" advertising campaign launched in spring 2015, all of Raytheon's branding efforts were updated. The campaign involved a new landing page, a variety of digital advertising campaigns, and online sponsored content that focused on innovative products and solutions.

This new message - innovation for a safer world - helped to hone our focus in our social media messaging and in turn more effectively target our key audiences, and reach more people. The use of visually striking imagery, GIFs, and videos in our campaigns on Twitter, Facebook, LinkedIn, Instagram and Google Plus played a large role in yielding strong engagement amongst our audiences. From the DDG 1000, the world's most stealthy ship, to an F-16 Fighting Falcon using a new air-to-air missile, our images were highly successful in grabbing public attention.

As part of the new messaging, we released our new Company Overview video in March, which showcased the diversity and global nature of our workforce, humanizing the technology and keeping the focus on how our employees are truly living our vision statement. The following month, we launched a new Twitter handle @raytheoncyber to amplify our company's innovations in the field of cybersecurity, again linking back to our core message.

In the fall, the team began running our first ever Instagram ad campaigns. Instagram ads were the perfect way to capture Raytheon's message of innovation for a safer world in a strong, visual way, with the added benefit of robust paid targeting to reach our key audiences. We found that the platform melds surprisingly well with the government defense industry, offering a clear means of displaying complex products that can seem inaccessible to the public.

Raytheon's support of air shows were central points of focus for our social media campaigns in 2015 – in particular, Paris Air Show and Dubai Air Show. As a major sponsor of the 2015 Paris Air Show in June, we saw the perfect opportunity to both demonstrate that commitment and increase brand awareness, while still aligning with our "Safer World" message. Through strategic social media campaigns, we effectively reached 2.5 million people, including our key audiences, with engaging content about our innovative products and capabilities. For the Dubai Air Show in November, the team took our social media strategy to the next level and reached an incredible 14.2 million people across the channels with our show-related messaging.

In addition to our strong focus on technological innovation, the Raytheon social media team also places robust importance on the company's community relations and corporate responsibility efforts. We were able to increase our reach and engagement significantly over the previous year in this area by utilizing the newly available Twitter quiz format. Promoted periodically over the course of the year, the quizzes allowed us to successfully convey information about our major community relations initiatives with amazing results in 2015.

In 2015, our potential reach on Facebook and Twitter totaled 60 million. Through our paid Twitter campaigns alone, we earned over 21 million impressions. Expanding our social media fan base was key in this; we started off the year with 300,500 followers, and ended with over 670,000. Additionally, our new @raytheoncyber account gained a stunning 16,000 followers in just nine months, and our Company Overview video received 50,000 views on YouTube. On Facebook, average engagement per post was 5x higher in 2015 over 2014, showing increased public receptiveness.

We've been able to accomplish not only increased brand awareness, but also improved targeting through increased strategic focus and expansion of our toolkit. One such example is the Twitter quiz. While the industry average for engagement rate is 2 – 3 percent on Twitter, our Twitter quiz campaigns received an average of 26 percent engagement. This highly effective presentation allowed us to gamify information that could otherwise be considered dry, and educate our fans and influencers in a fun and engaging way.

By the end of the year, our social media strategy had become stronger than ever – with our message about using innovation to make the world a safer place fully disseminated amongst our key audiences. Since Raytheon is a large company with 60,000 employees and four businesses, maintaining consistency across the board was a challenge. The social media team was able to adeptly meet that challenge using strong leadership, an expanded budget, and robust collaboration. 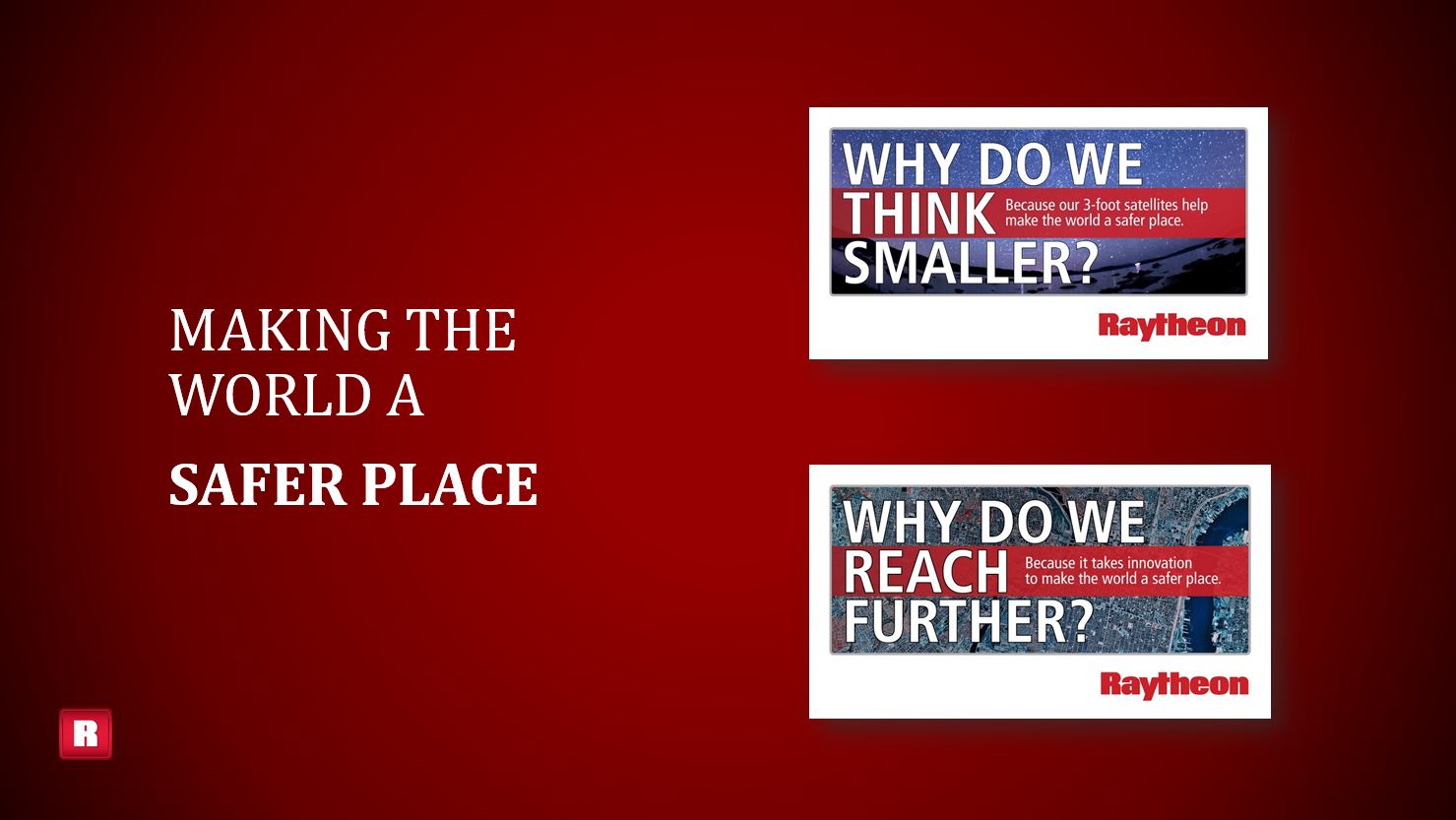 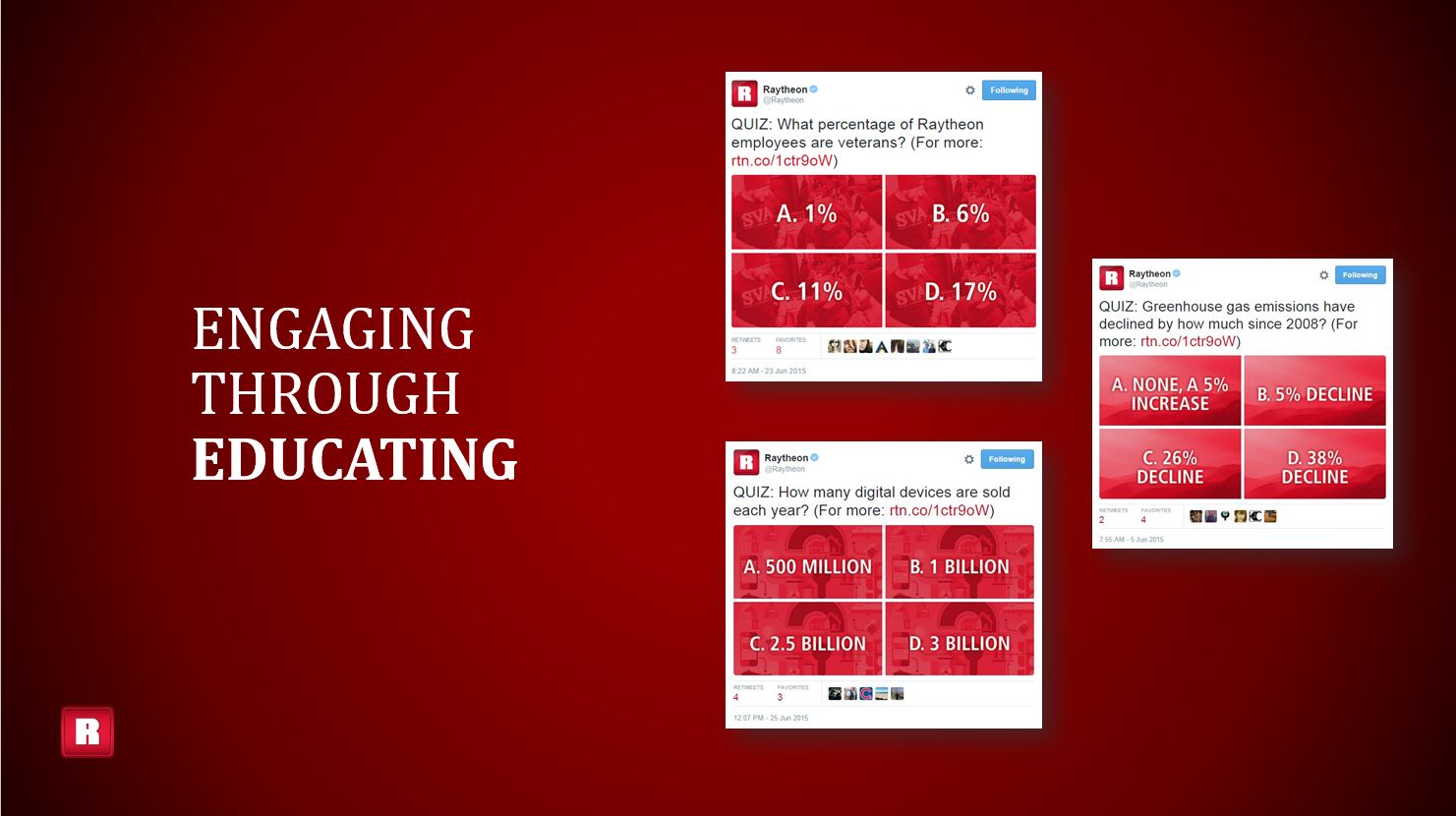 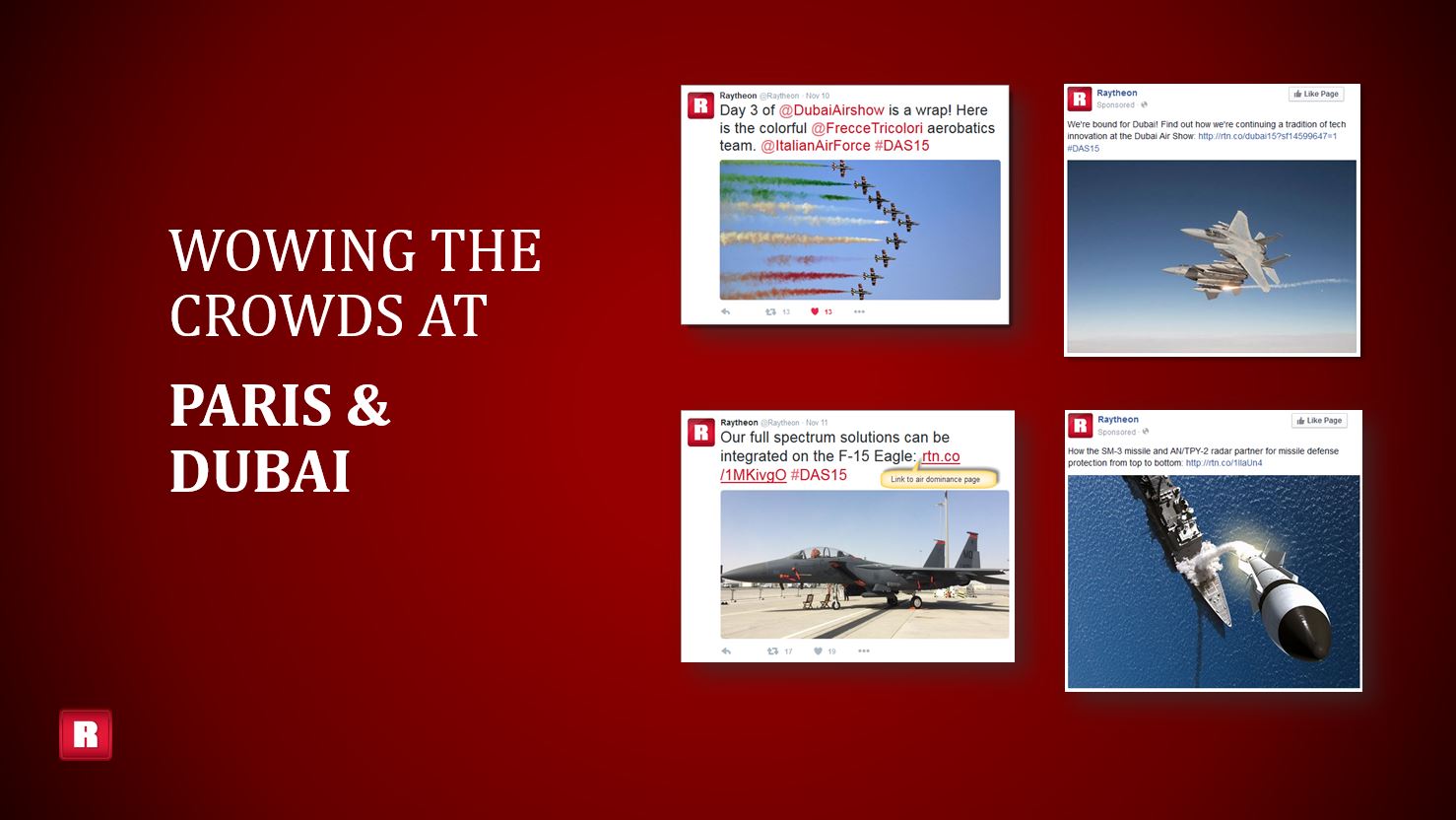 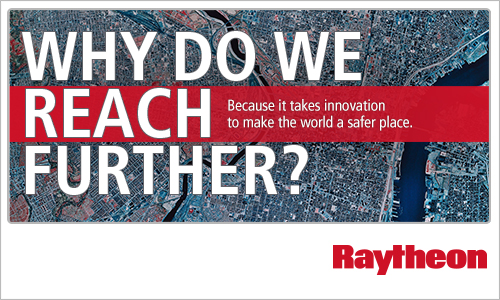