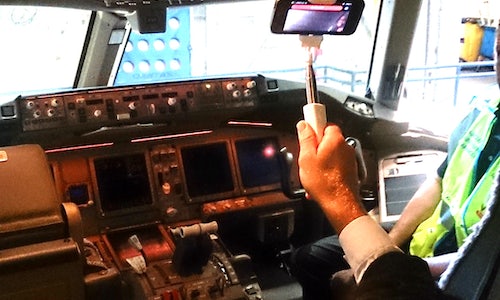 As Qantas jumped on the emerging platform Periscope, we had two goals: to give viewers a behind-the-scenes look into Qantas, and to show them the amazing country from which we operate. To reach these goals, our team came up with two ideas: give Periscope viewers a behind-the-scenes experience like never before, and use real Qantas staff to show viewers the beauty of our country. Since these were our first attempts on Periscope, we were hoping for 400-500 live viewers and a positive-leaning sentiment toward Qantas.

When American Airlines brought their flagship Boeing 777 to show off to the Australian population, we decided that there was no better way to get our customers excited about our partnership with AA than to give them an exclusive and pseudo-private tour of the aircraft, especially because a high portion of our followers are aircraft enthusiasts and self-proclaimed #avgeeks. Periscope allowed us to live stream an exclusive and virtual tour of the entire aircraft, including all cabins and even areas that flyers don't get to see on their flights, such as the crew sleeping quarters and the cockpit. After posting a tweet encouraging viewers to join us live the day before the Periscope and again a few hours before, we went live with our Boeing 777 Periscope tour! We asked one of our most engaging and knowledgeable flight attendants to host the Periscope, which began with an exterior shot of the shiny aircraft, followed by a tour of the economy, premium economy, business, and first-class cabins. Our crew host explained the aircraft, services, and products and answered any questions that viewers asked, like how many seats there were, if there was in-flight wifi, etc. It was a 20-minute tour and gave viewers a completely genuine and behind-the-scenes look at the aircraft, which was an experience they wouldn't have had were it not for our use of Periscope.

To begin our Australian destinations series, we asked one of our team members to host a Periscope from the beautiful Rottnest Island, known for the amazing beaches and the smiling Quokkas. Like our 777 tour, we sent out a few tweets both the day before and a few hours before to ensure that our following knew when to join us live for a look at the island. Our host welcomed our viewers and was flawless in her interaction with them. She made sure to re-introduce herself occasionally for the viewers that joined late, and asked where everyone was from, giving them shout outs and a "g'day from Australia." Because many of our Periscope viewers are from the U.S., she explained where Rottnest is located, how she got there, some of the activities that tourists enjoy, and talked about the beautiful weather. Using Periscope, viewers from all over the world were able to see and appreciate one of the breath-taking locations in Australia. Our destination series continued with a live feed from Tamarama Beach, situated next to the popular Bondi Beach, where one of our employees volunteers as a lifeguard on the weekends. Like our feed from Rottnest, he answered questions and gave viewers the low down about beautiful Tamarama on Australia Day. These Periscopes gave our viewers an opportunity to see locations they hadn't seen before, and hopefully encouraged them to add the locations to their bucket lists!

Our tour of the Boeing 777 lasted 23 minutes, and we had a total of 838 live viewers and hundreds of "hearts." The sentiment was overwhelmingly positive; they praised the on-board wifi, the spaciousness of the cabin, and the sleekness of the aircraft. They were vocal in their gratitude toward Qantas for giving them an opportunity to see first-hand the things they'd never been able to see before. In addition to the reach of the Periscope live feed, our tweets announcing the virtual tour performed incredibly. Our first tweet generated 492 engagements and 78,912 impressions. Our second tweet generated 1,038 engagements and 79,678 impressions and both of these tweets were in our top three performing tweets for the entire month of November.

Our Australian destination feeds also performed amazingly! We gathered 681 live viewers for Rottnest Island, and the positive comments just wouldn't stop coming! Our viewers couldn't get enough of the turquoise water and were interacting with our host throughout the whole broadcast. We surpassed our live viewer goal, and the tweets generated more than 15,000 impressions per tweet and hundreds of engagements. Our Tamarama feed performed similarly. After only these two destination feeds, our number of "hearts" grew by 4,000, almost doubling our numbers! In only a few broadcasts, we had 11,800 "hearts." We couldn't be more pleased with how our Periscope broadcasts have performed and are thrilled with how much Australian beauty we've been able to share with a global audience with the help of Periscope. 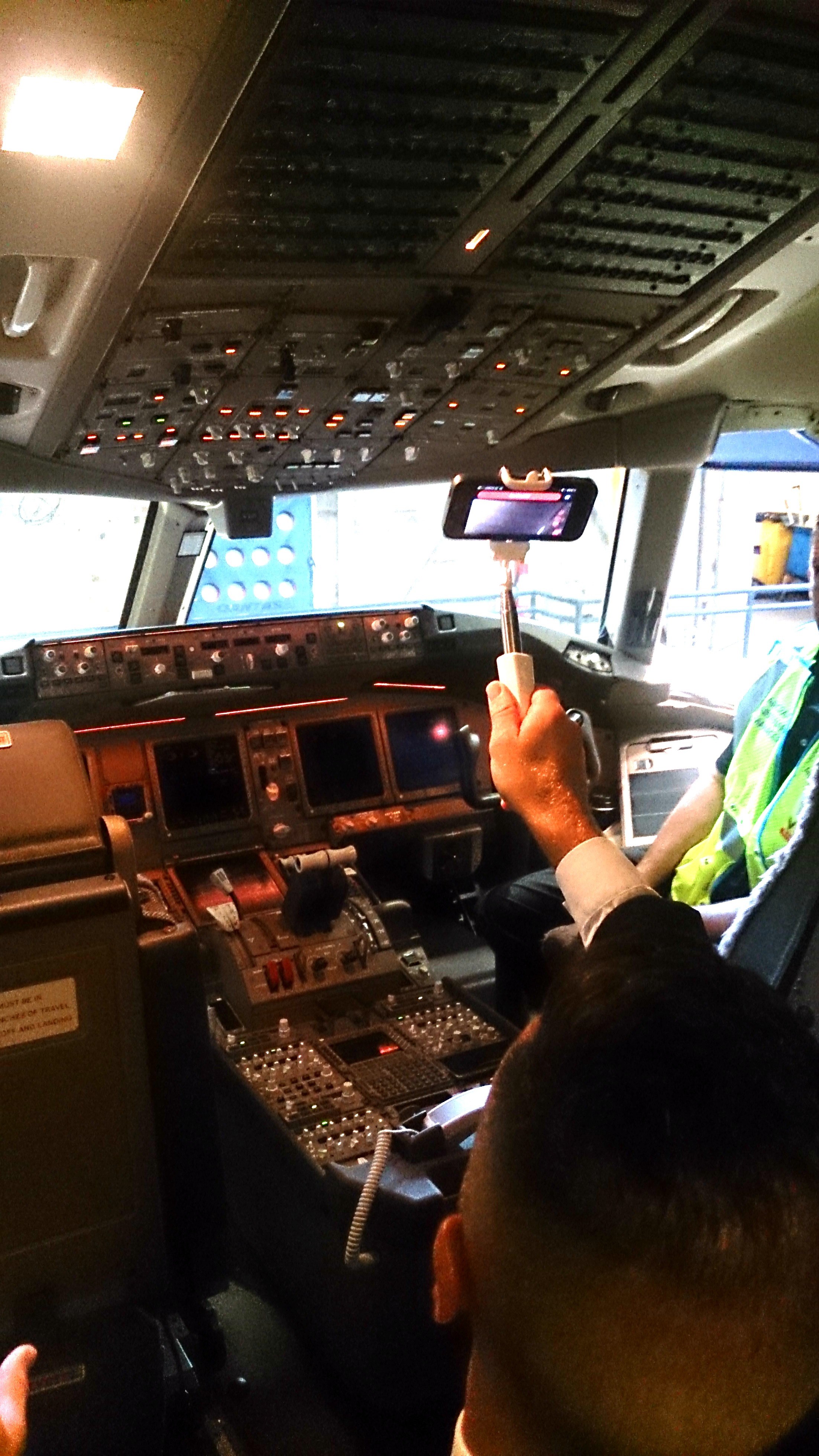 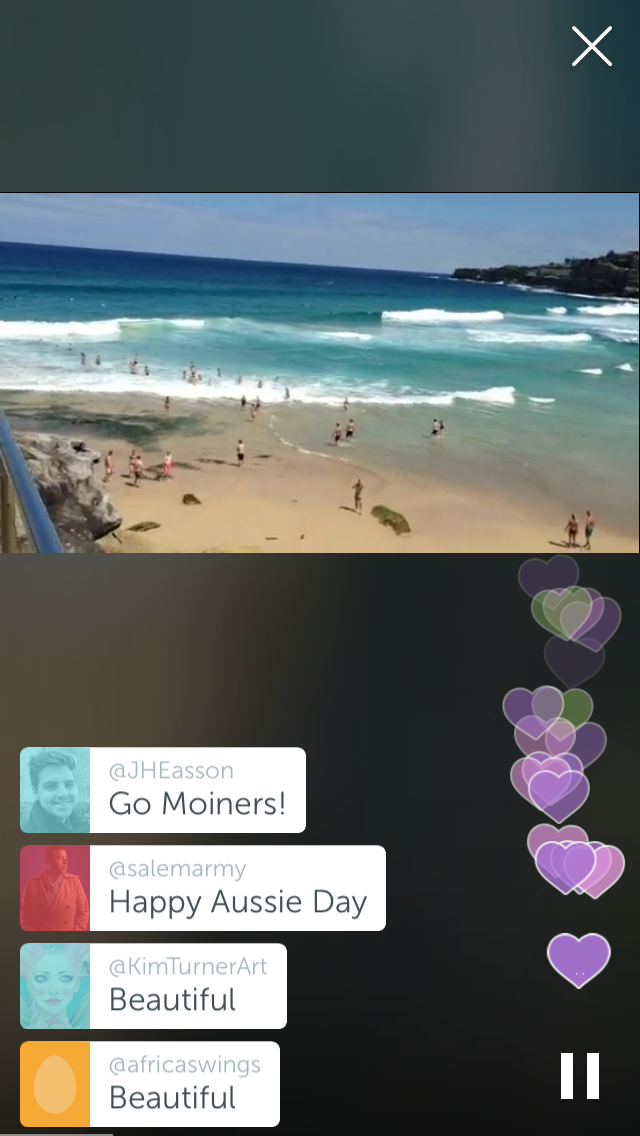 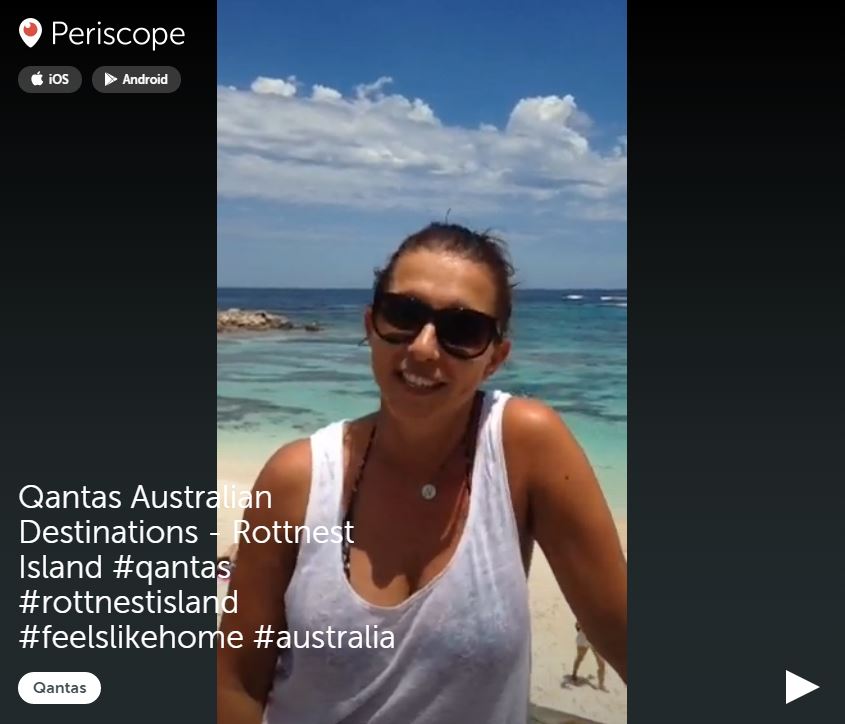