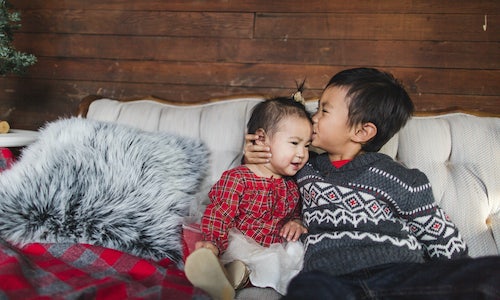 The Holidays are the time of year where everyone is bombarded with ads, and for busy moms, that's the last thing they need during the most hectic time of year. We built out a clever video campaign designed to show kids as real kids, all wearing OshKosh clothing and sharing their beliefs about the holiday season

We knew a video campaign, featuring kids saying the darndest things, was the best way to get moms to stop and spend few minutes watching. We got influential mom bloggers to create videos of their kids sharing beliefs on everything from "How does Santa get down the chimney?" to "Where does snow come from?"

The resulting videos featured kids, dressed in OshKosh attire sharing their earnest and hilarious holiday beliefs. We had 29 videos created and influencers actively sharing them on their blogs, Facebook, Twitter, and Instagram leading up to Christmas.

We based our success on several factors: We needed to create video content by high-level mom influencers that would be seen in regions coast to coast. We also needed that content to be clever and engaging enough to garner significant engagement on all relevant channels: blogs, Twitter, Instagram, and Facebook. With nearly 30 clever videos, and over 250 social shares we garnered a total of 35 million impressions in fewer than two weeks.

Giving kids the platform to say what they want about the holiday season was key to our strategy. We needed kids - who are not models, to feel comfortable when the camera was rolling to share all their adorable knowledge of the holiday season. With questions like, "Where does Santa live?" we hoped we'd get great answers like, "The Mall" and we did. The children featured in the videos were wearing OshKosh from head-to-toe making sure that the brand was front and center

It's no surprise that moms are influenced by other moms and they spend an inordinate amount of time on social media. In fact, according to Small Biz Trends, 38% of moms buy products they've liked on Facebook. So, with our target audience being clear, moms with children aged 11 and under, we knew Facebook was our ideal video sharing channel.

Having the right children was make or break for this campaign. We spent days looking for the right kid and top tier influencer with an audience to share her message. We needed kids who were verbal, more than willing to speak his or her mind and likely to say something funny if not memorable.

However, just because you're an influential blogger, does not mean you have the ability to create a great video. Our team worked hand-in-hand with each blogger, offering them tips for (lighting, how to get their child to answer questions when the camera is rolling, background scenery, and more).

In less than a month, our video campaign garnered 35 million impressions, 26 blog posts, 29 YouTube videos, and 270 unique pieces of social content. The number of interactions on these posts reached 5,430, which showed how much consumers enjoyed the content. In fact, the average engagement rate for the campaign was 69%.

Moms were commenting, liking and sharing the posts left and right. The comments provided insight to OshKosh B'gosh showing which articles of clothing from the winter selection people liked most. There were many comments saying people were happy to see the clothing on actual kids and not just in the store. We also had several comments of intent, where people clearly state they are going to make a purchase. All of this interaction was exactly what OshKosh wanted from this campaign. 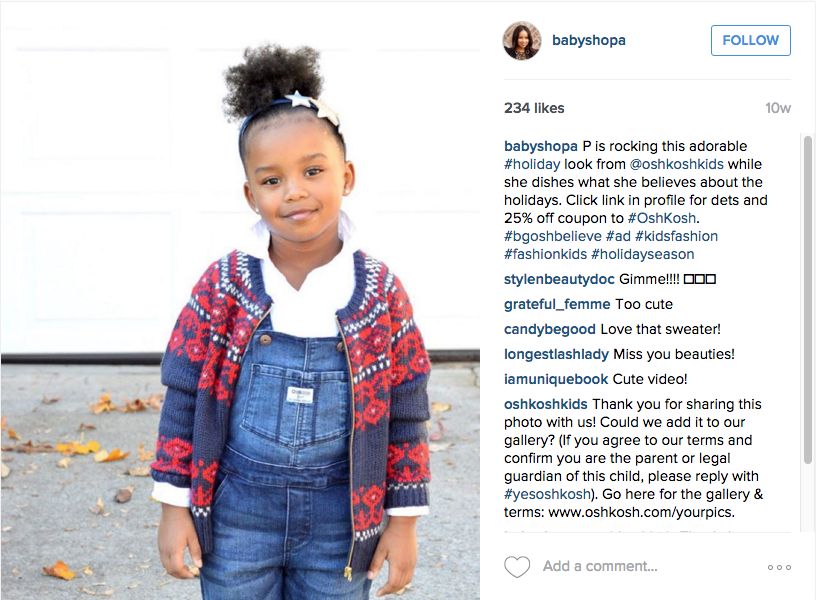 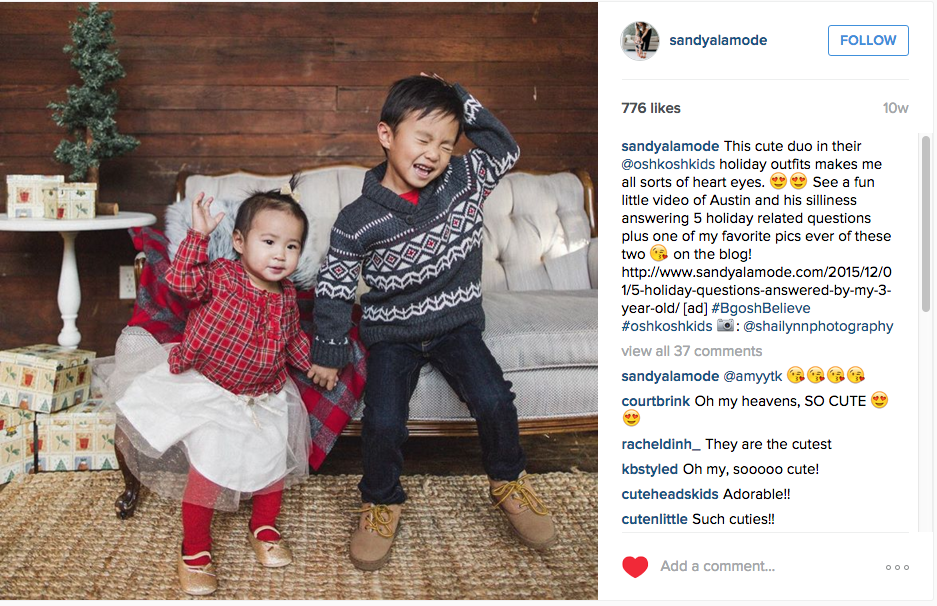 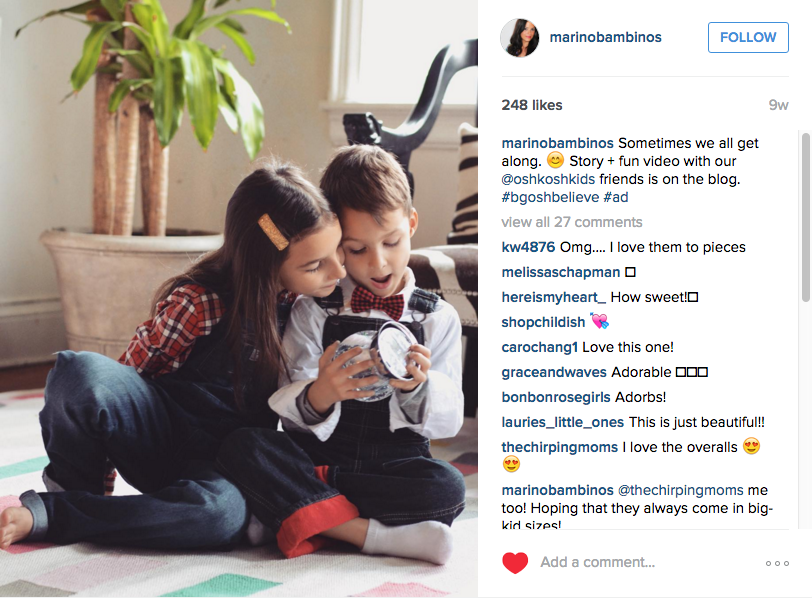 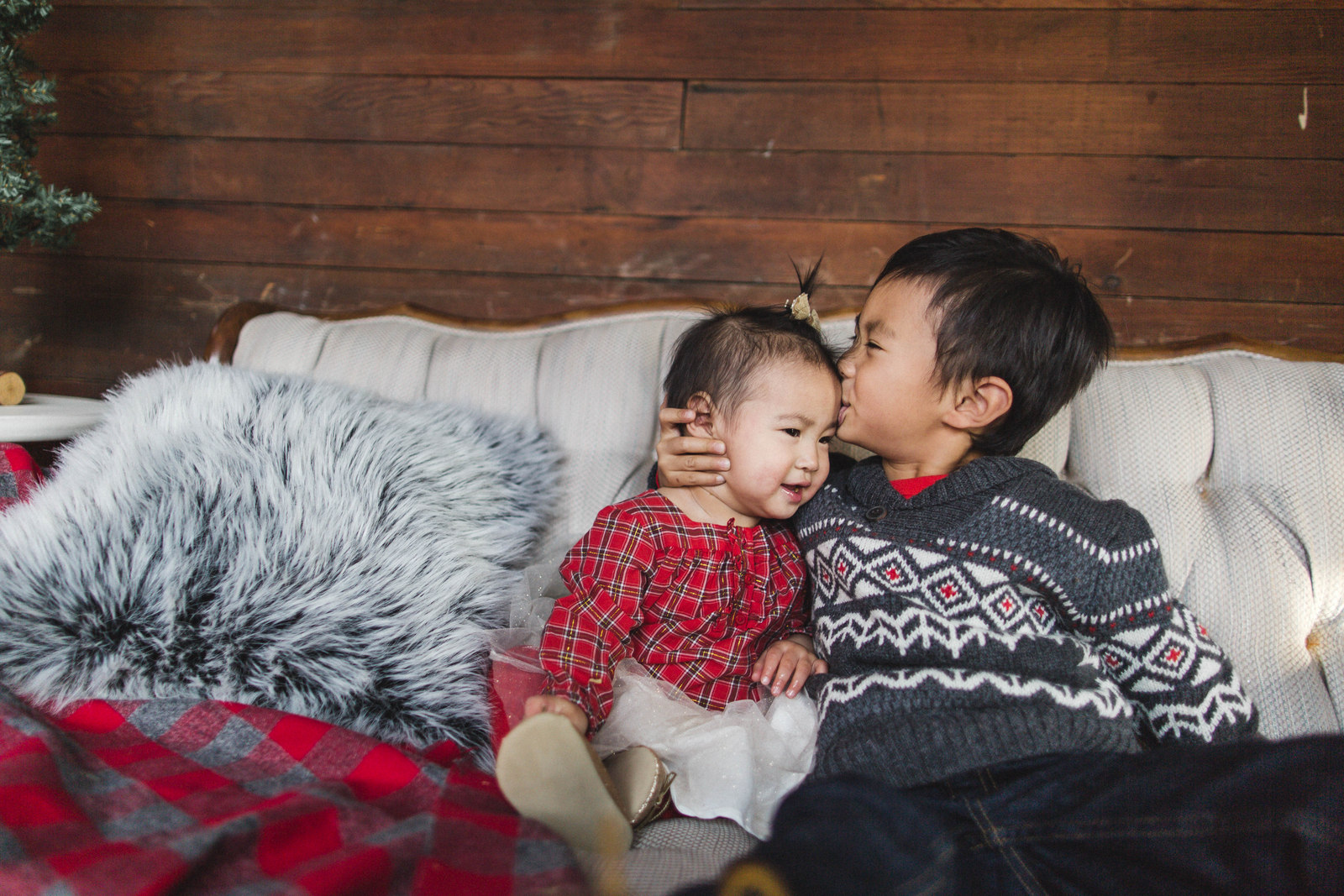