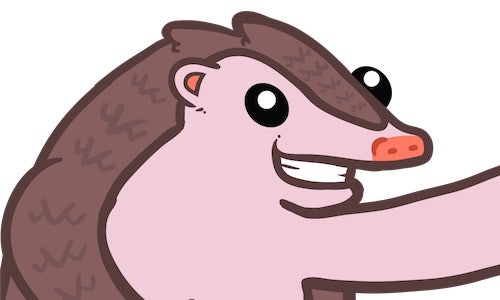 Pivot had four objectives for the Ollie the Pangolin campaign

1.Engage: Raise interest and drive tune-in to 'The Operatives' on Pivot

3.Educate: Inform the audience about the pangolin, the circumstances that threatens its survival, and 'The Operatives' mission to save them.

4.Empower: Provide audiences a concrete way to get involved and take action

In order to drive awareness, tune in and action around its series, Pivot must think unconventionally to drive awareness, tune-in, and action around its shows. 'The Operatives,' a reality series following eco-conservationist Pete Bethune and his team of military elite that travel around the world to protect wildlife, provided Pivot the perfect opportunity to execute unique and creative ideas. With limited resources, Pivot recognized the opportunity to drive its audience of conscious consumers, including the sizeable wildlife community on its sister site TakePart, to tune-in to the series while also inspiring impact. For 'The Operatives', Pivot conceptualized and executed one of its most robust marketing and social impact initiatives by creating a wildlife campaign to protect the seven endangered species featured in the show. Through extensive research, Pivot's Advocacy and Social Impact team identified one species in particular that offered a unique opportunity to drive awareness and impact: the pangolin.

Pivot created a fictional personality named Ollie the Pangolin, inspired by the real-life pangolin rescued in two episodes in the new season of 'The Operatives'. Ollie used his own social media profile as a platform to document his adventures, share information about his species, and advocate for pangolin protection. To cut through the noise of traditionally bleak wildlife conservation campaigns, Ollie's voice was refreshingly optimistic, buoyant, and fun. To uphold Pivot's mission of generating storytelling that inspires and compels social change, Pivot's Advocacy and Social Impact team worked with the International Fund for Animal Welfare to draft a consumer-facing petition urging the U.S. Fish and Wildlife Service to protect all eight species of pangolin under the Endangered Species Act. All Social content associated with Ollie the Pangolin encouraged individuals to take action by signing this specific, timely petition.

Pivot also co-produced a video with YouTube personality Randall, the narrator of "The Crazy Nastyass Honey Badger", which introduced "The Operatives" and Ollie to his sizeable fan base. The video was shared from Pivot's social media accounts as well as Ollie's accounts. Pivot also developed #SaveOllie to generate conversation about pangolin protection on multiple social media platforms. In addition, a reoccurring email series targeting petition signers and encouraging them to spread the word was sent out. Also, a Sponsored Buzzfeed article about the pangolin, The Operatives, and Ollie featured the embedded petition to protect all 8 pangolin species at the bottom. This marked the first widget of its kind in Buzzfeed history.

Amassed over 1.65MM views of the "Randall the Honey Badger Meets Ollie The Pangolin", exposing viewers to "The Operatives" on (Facebook and YouTube)

Gained over 30K views of Buzzfeed's Pangolin Article which generated over 11K Social Engagements and Over 1,000 petition signatures

Received over 25K page views across all Pangolin-related content on TakePart.com

Gathered over 15,800 Likes on Ollie the Pangolin's Facebook Page

Drove over 74,000 signatures on a public petition urging the US. Fish and Wildlife Service to protect all pangolins under the U.S. Endangered Species Act

Video for Ollie The Pangolin 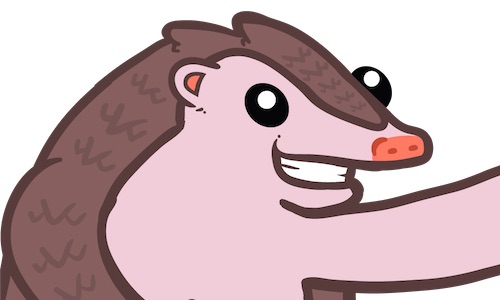 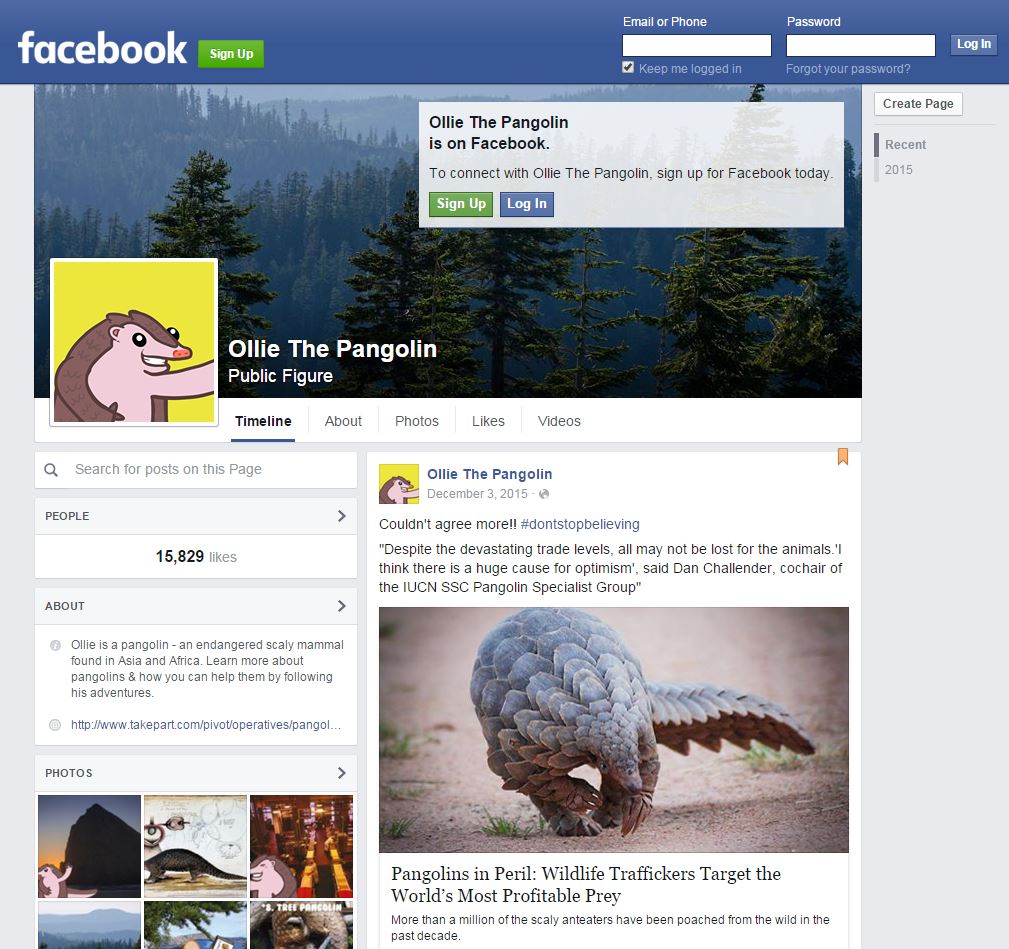 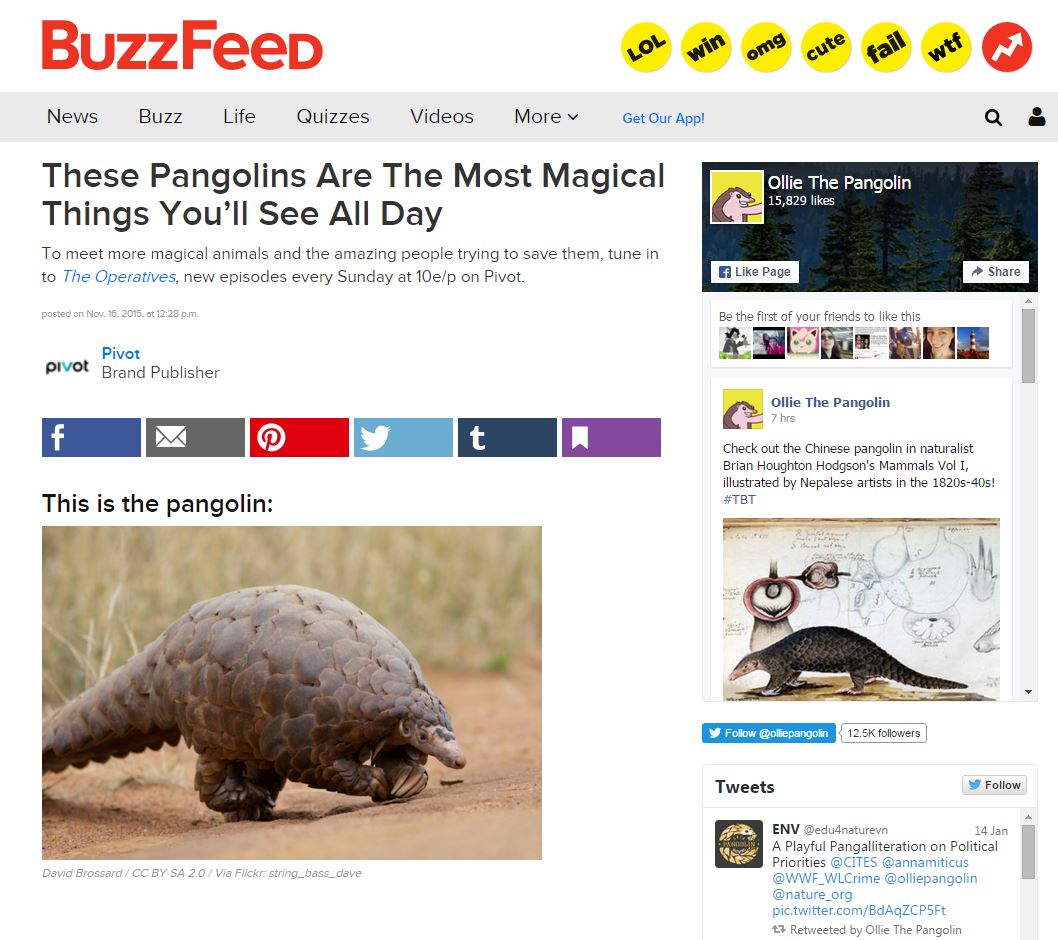 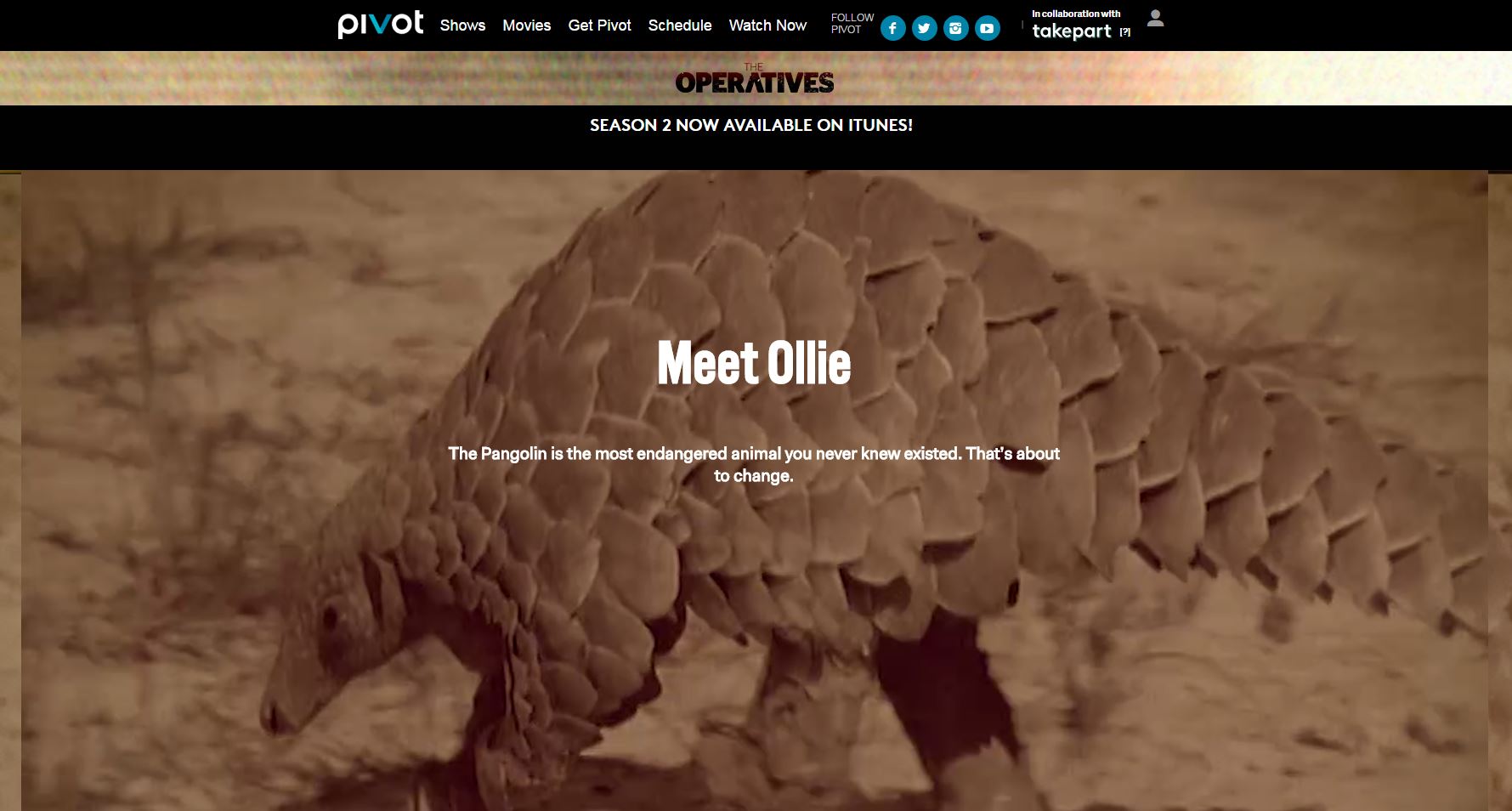 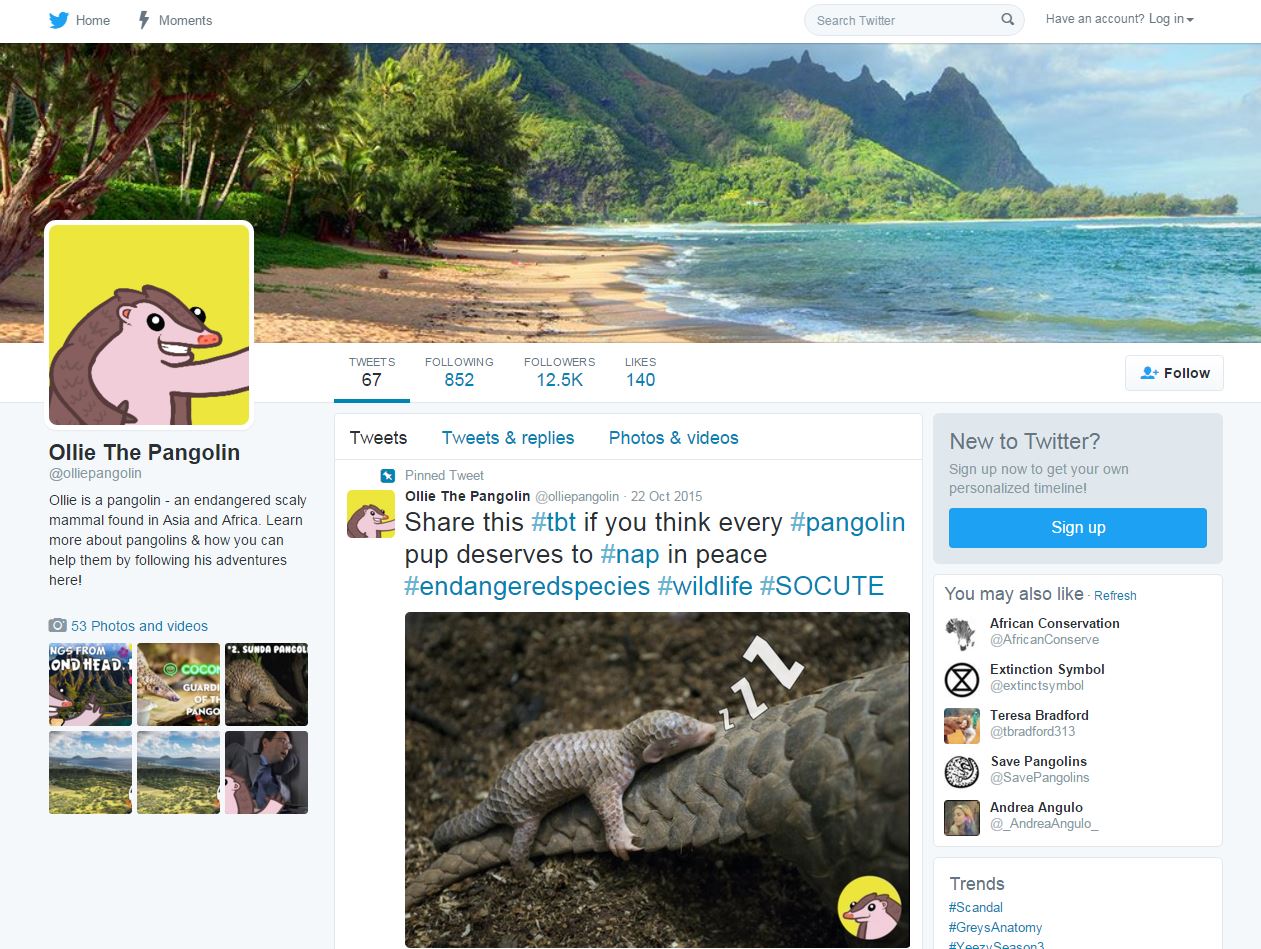