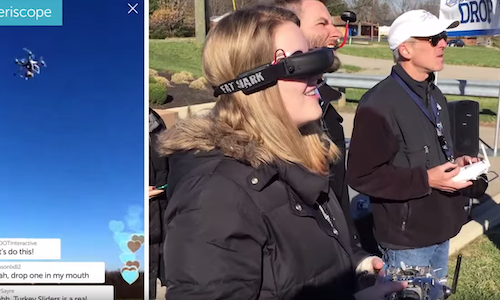 We were tasked with developing creative ways to launch a limited time only (LTO) product in order to maximize our media budget and get the word out to potential customers quickly. The latest LTO took place during the busy holiday season, where it's even more difficult to break through the endless number of marketing messages raining down on consumers every day.

At White Castle, we do the holidays a little differently. We serve anything on the menu at any time. Our latest LTO menu item in need of creative promotion was Turkey Sliders, as a part of our Holiday Initiative. Instead of launching our Turkey Sliders with more of the same marketing messages, we took to the sky, literally, and live streamed it for the world to watch. This allowed us to connect a fun in-person event with an engaged audience on social media.

In order to launch Turkey Sliders in a unique way, we took to the sky to answer the age-old question: "Can turkeys fly?" With the help of our White Castle drone and more than 4,000 viewers on Periscope, the answer was a resounding YES. With a nod to the famous WKRP in Cincinnati episode and by live streaming through Periscope, we were able to creatively bring together multiple generations of customers in one LTO campaign.

We created a game for fans to play in person at one of our White Castle restaurants in Cincinnati, Ohio and online via Twitter and Periscope. The objective of the game was to co-pilot our drone from one side of the field to another and drop the Turkey Slider safely on a target in order to win gift cards and prizes. Fans playing along online were paired with one of the in-person contestants and would win a corresponding prize from home.

Not only could fans at home follow along with photos and videos on Twitter, they could also watch, heart, comment and follow all of the action through a live stream of the event on Periscope.

The White Castle Turkey Drop took off on November 14, 2015 at a White Castle in Cincinnati, Ohio. The event garnered more than 4,000 streams on Periscope, which added up to more than 4,900 minutes (82 hours) of content watched.

The event generated 8.6 million impressions on Twitter, with more than 5.5 million of the impressions earned.

On average, Periscope users liked the stream 3 times, resulting in 12,000 likes (hearts). Periscope users sharing the event on Twitter generated more than 1.1 million of the total impressions for the event. 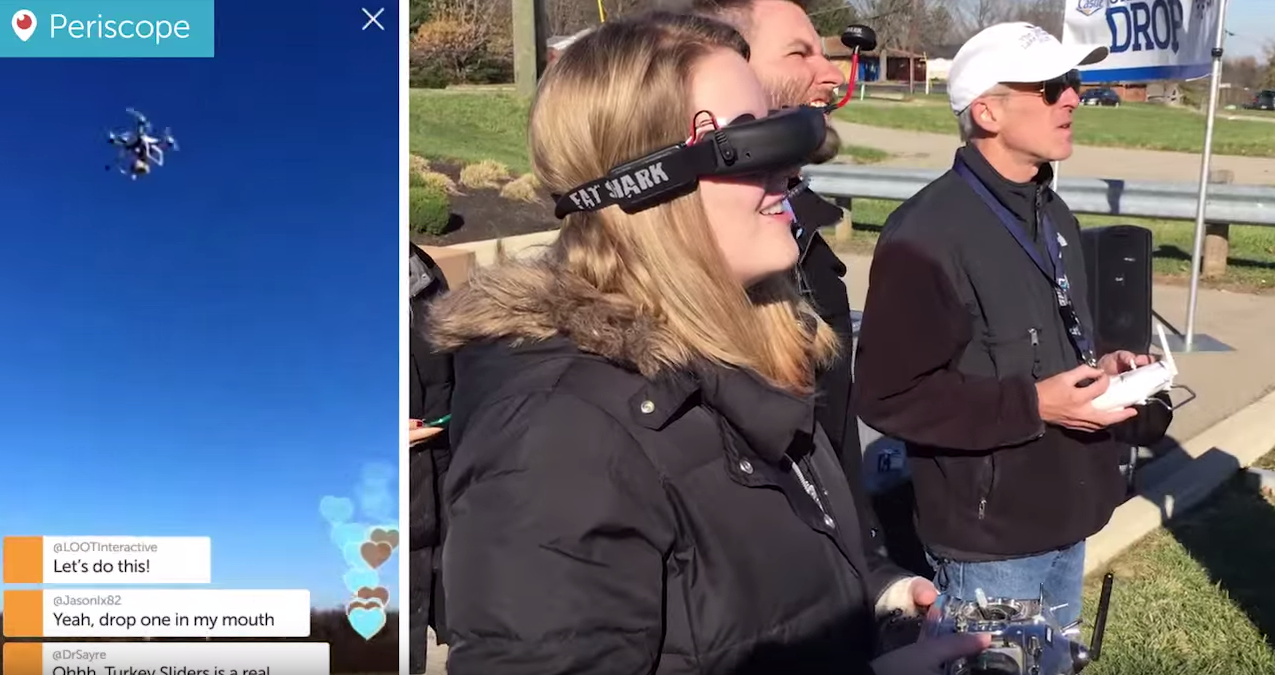 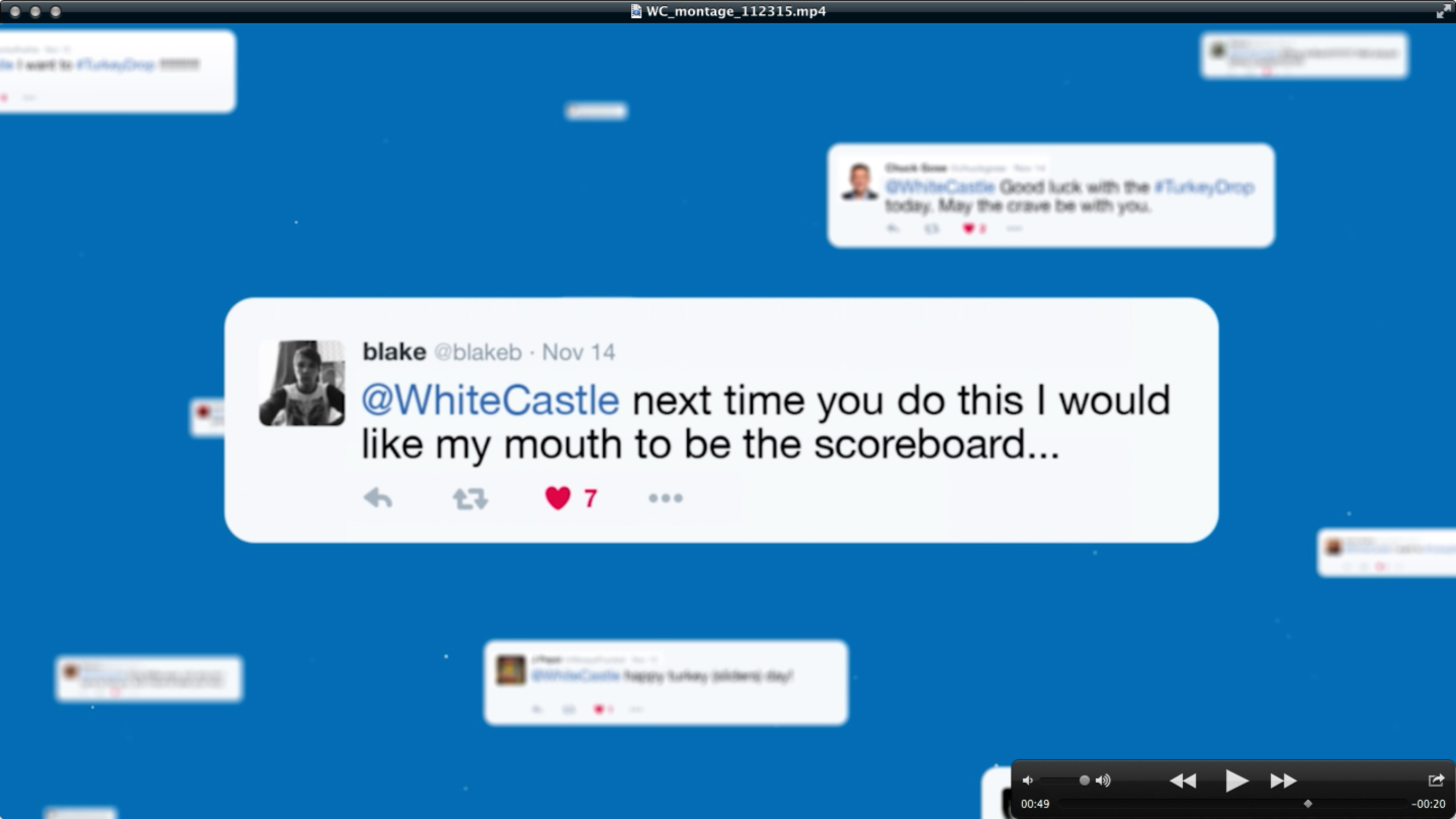 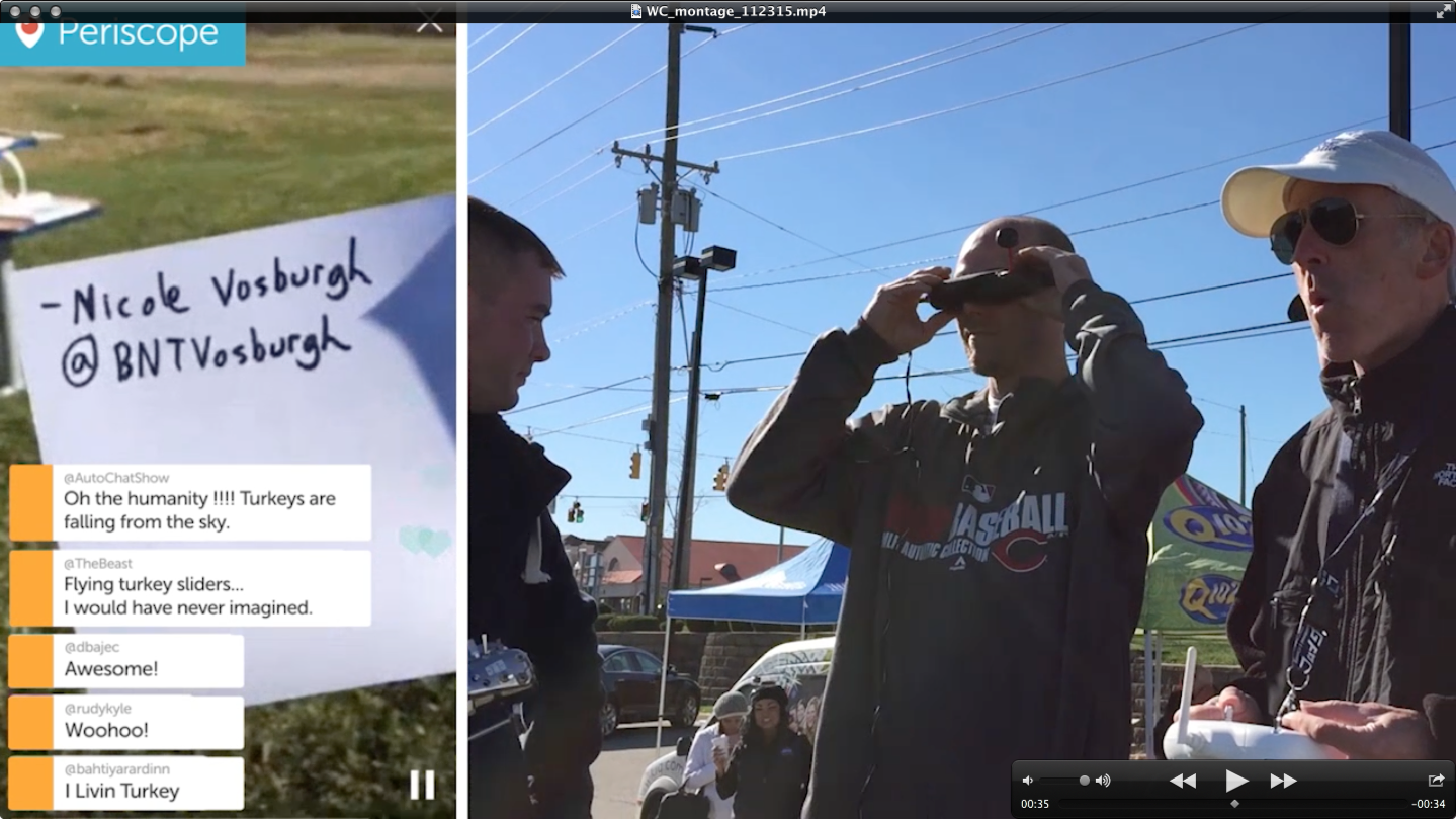 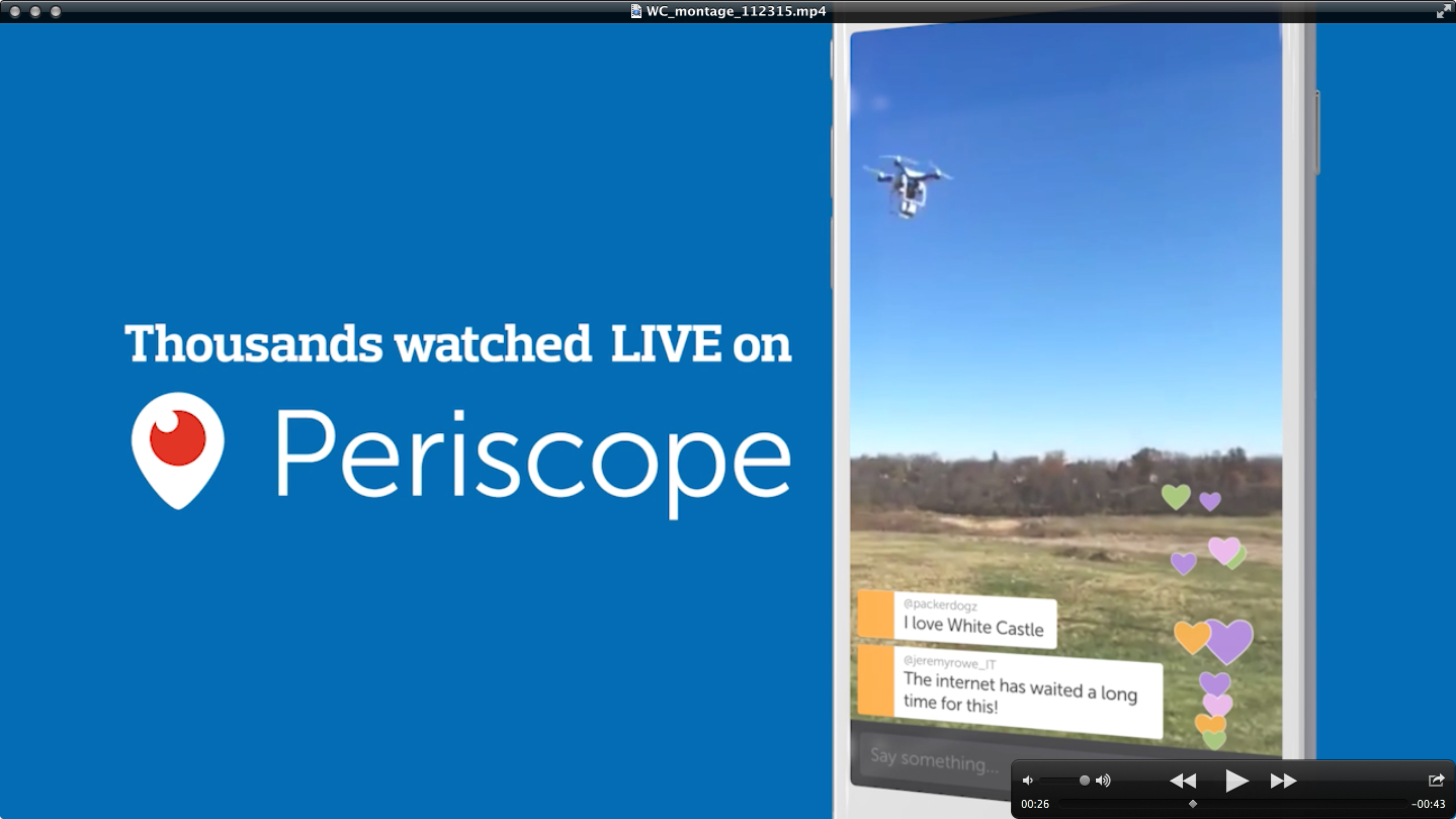 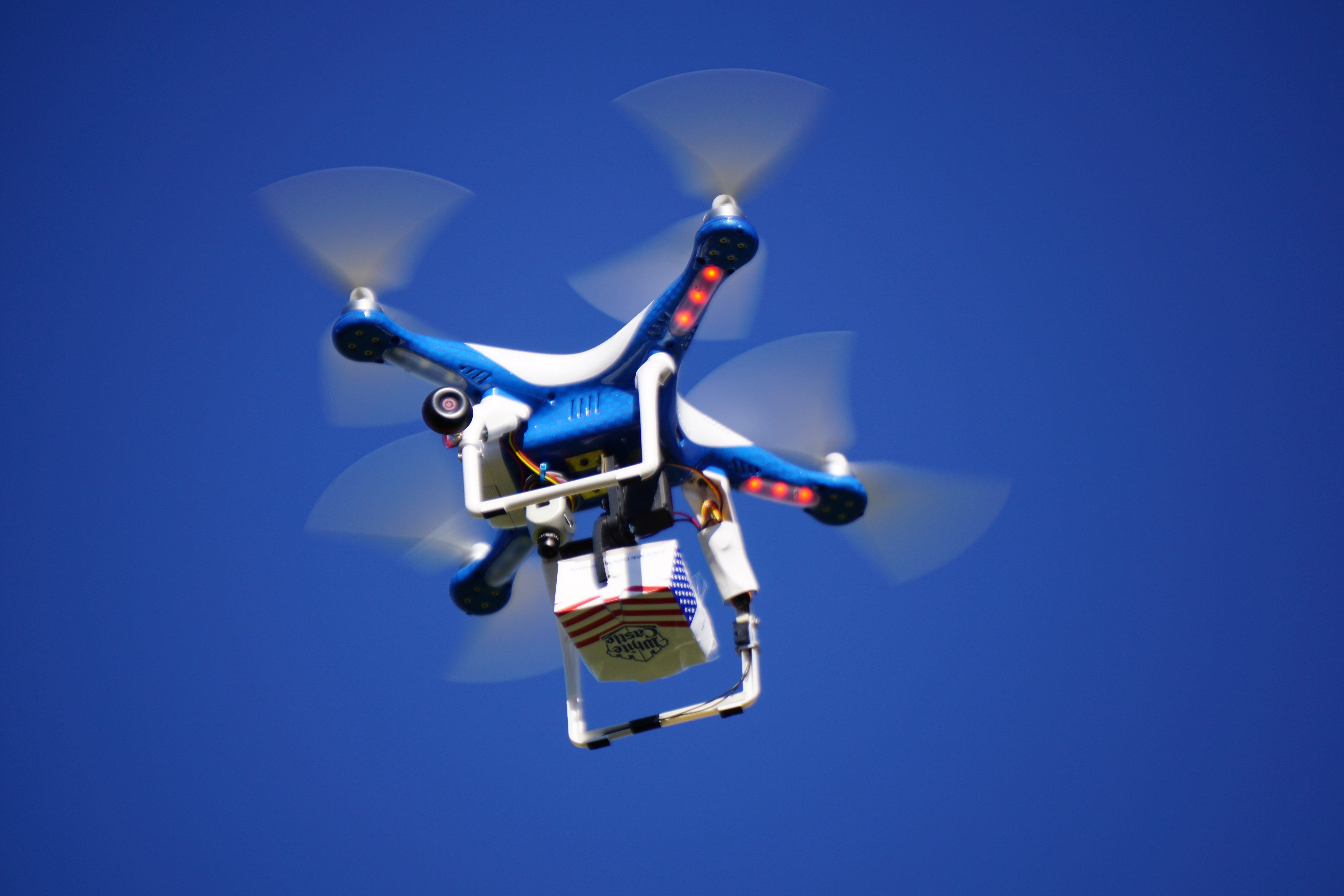