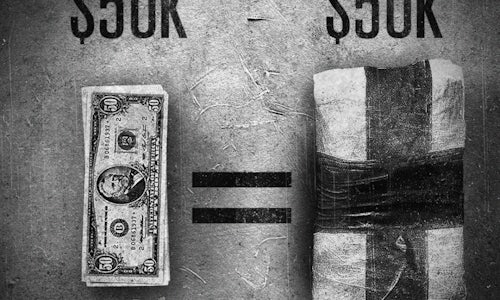 The economics of the Colombian cocaine trade played a vital role in Netflix's hit summer original series Narcos. In the social campaign, we knew that these staggering numbers would be fascinating to the online community, but we needed to find a way to express them in an easy to digest manner. In addition, this was Netflix's first truly bilingual show. As such, we were tasked with connecting audiences through devices that transcended language barriers. We set out to bring to life the overwhelming and complex structure of the Colombian cocaine trade through visuals that resonated with a diverse audiences.

To express the staggering numbers behind the economics of the cocaine trade, specifically in the era of Pablo Escobar and the Medellin cartel, we used infographics to drive engagement on social. We dug deep into research, using the show's scripts, government documents, and even Pablo Escobar's brother's memoir. The infographics helped us tell the difficult stories we'd uncovered in beautiful, iconic, and innovative ways. We illustrated how much Pablo made in one minute (TBD), how much cocaine could fit into a pregnant woman's belly, or how much cash Pablo could fit into a his couch. By comparing our findings with cultural icons, the visuals were able to give people a new perspective. We also determined ways to tie each post back to a moment from the show to drive viewership, and a caption in the definitive Narcos tone of voice. The visuals were treated to create a cohesive overall campaign. This all laddered back to our overall strategy of making our audience fall in love with the story of Narcos, rather than only the show itself.

By the end of the campaign, we had produced twenty unique #Cokenomics posts that were among the top performing posts in our overall successful social campaign. Together, they earned over 100 thousand engagements (likes, comments and shares), and helped solidify a social identity that provided substance and knowledge for fans. The posts matched the level of quality, entertainment, and depth that made the show fantastic. #Cokenomics even inspired a massive piece of branded content in the Wall Street Journal. Ultimately, they helped greatly in affording Narcos the title of most mentioned Netflix original series for 2015. 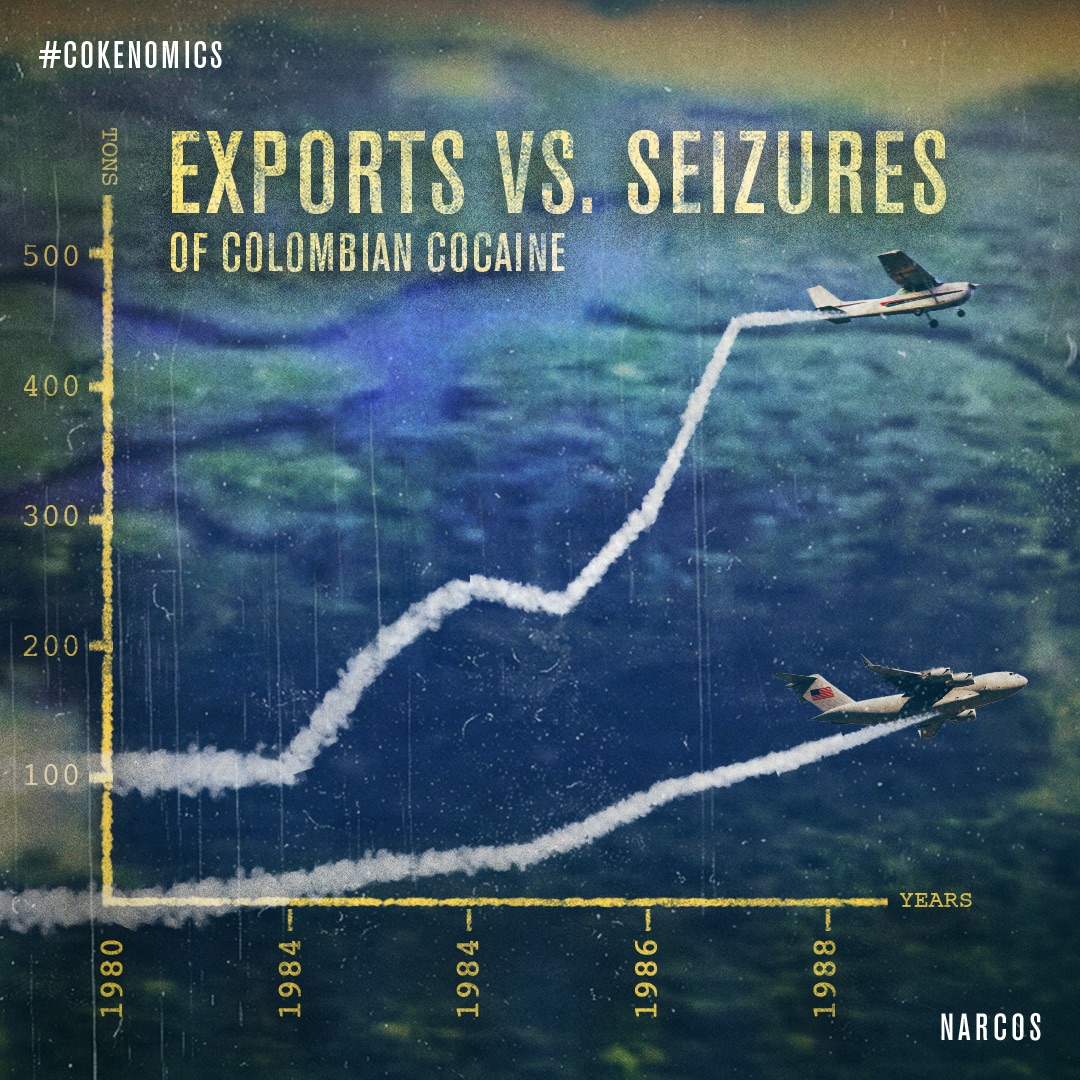 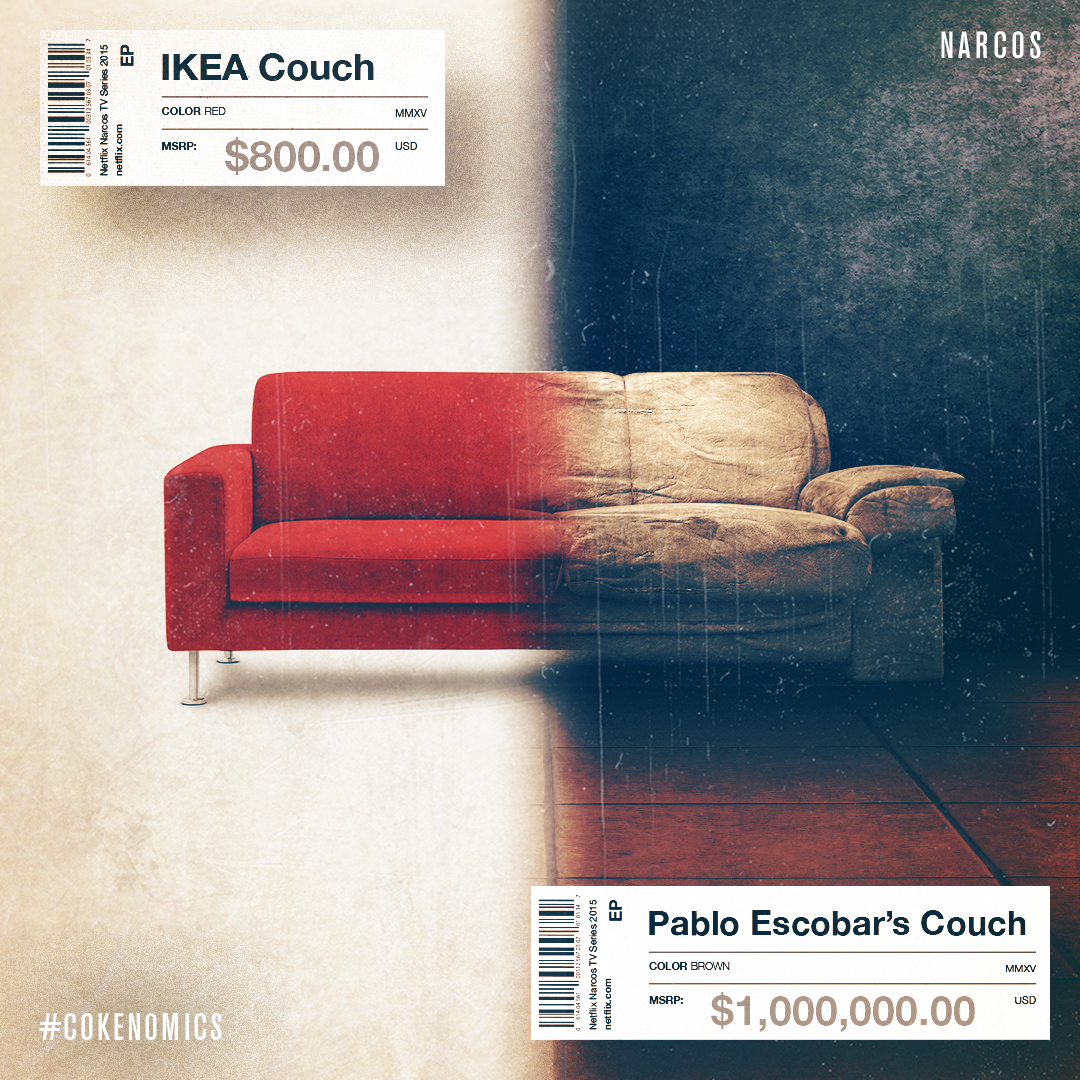 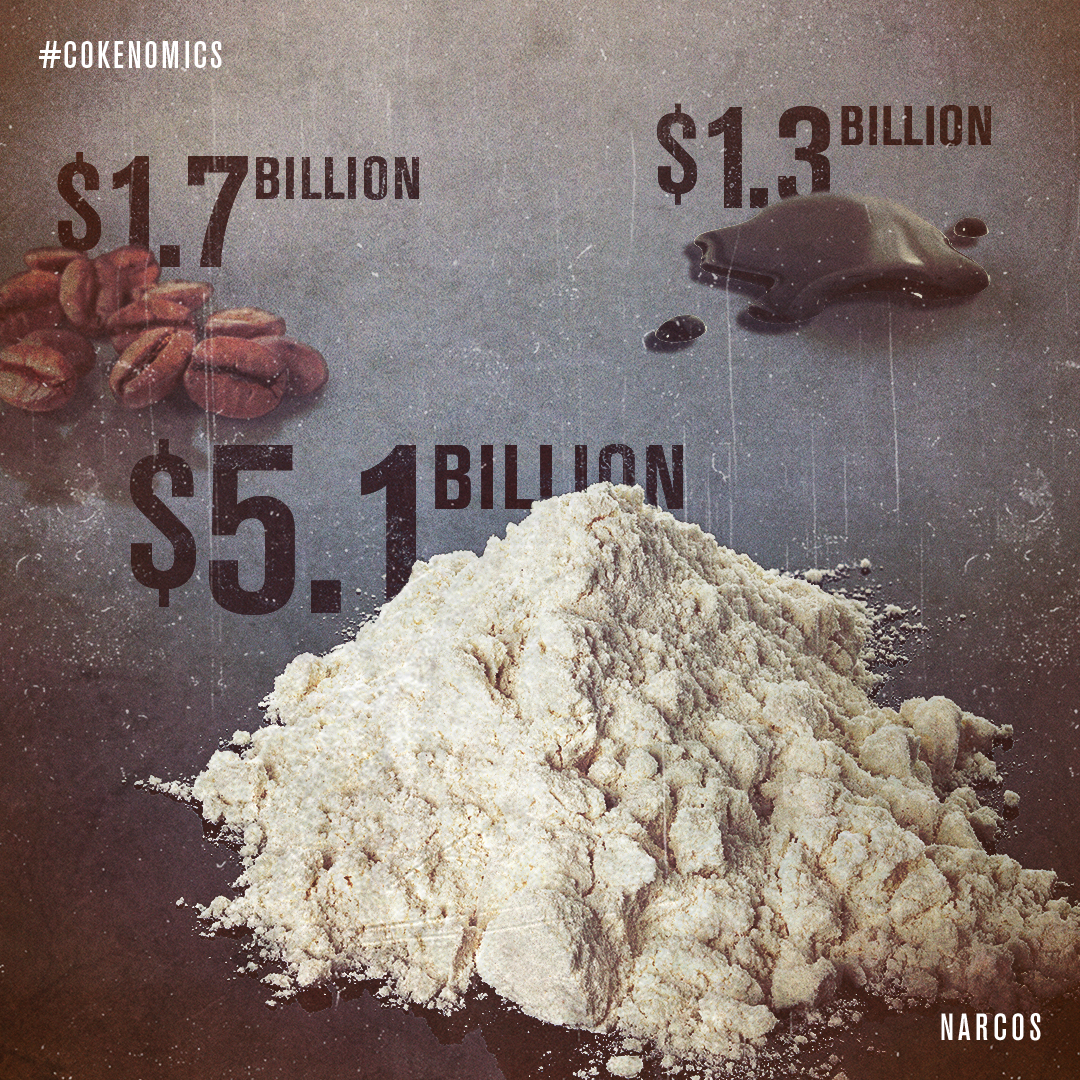 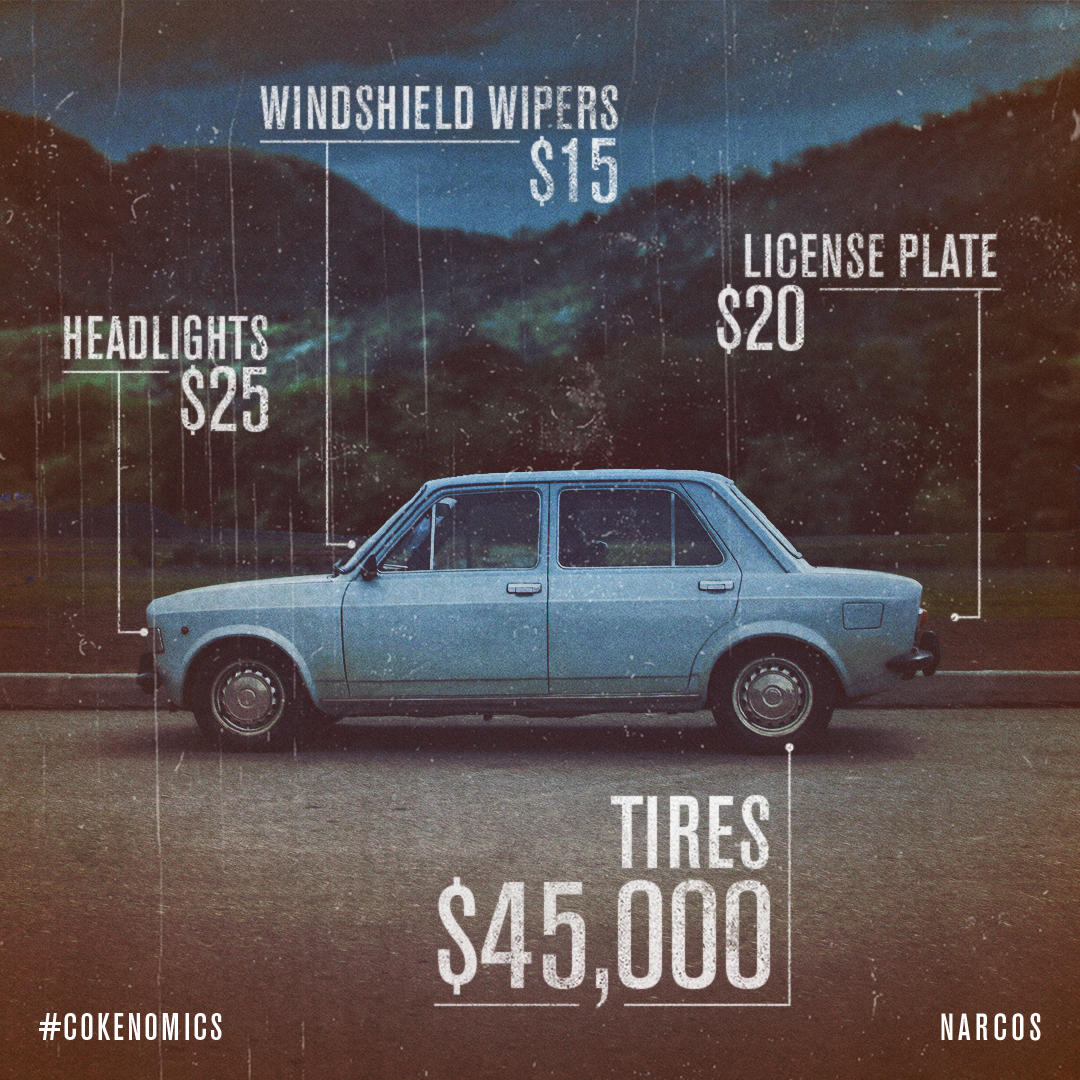 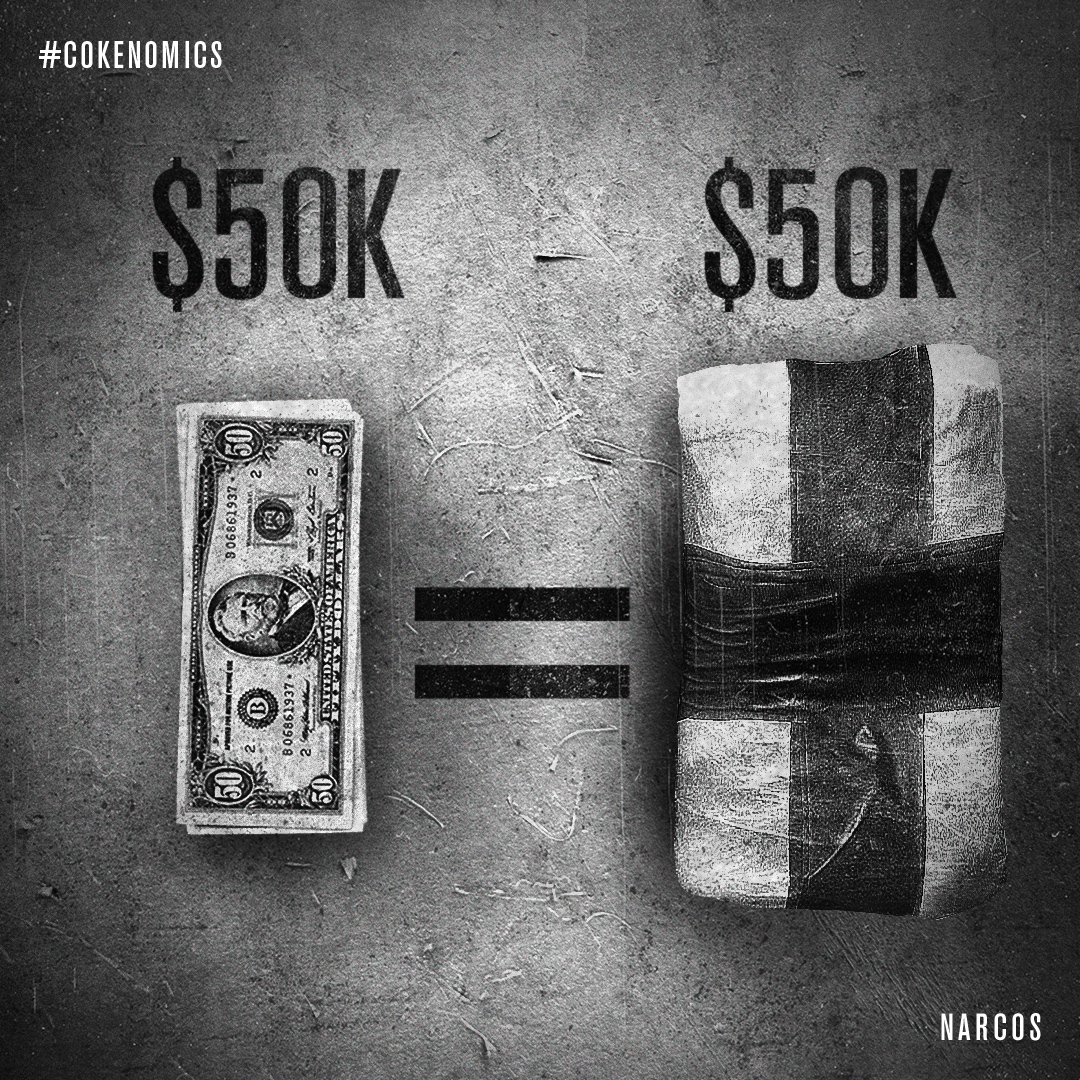 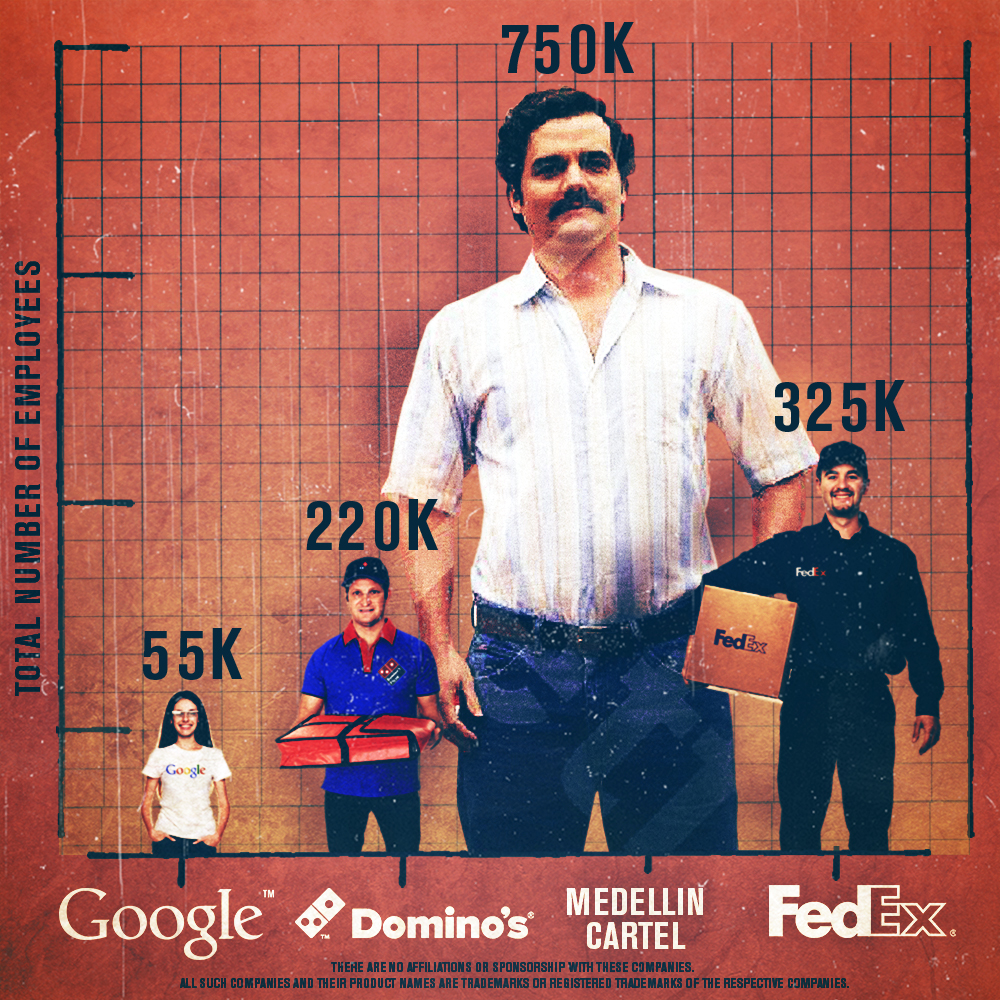 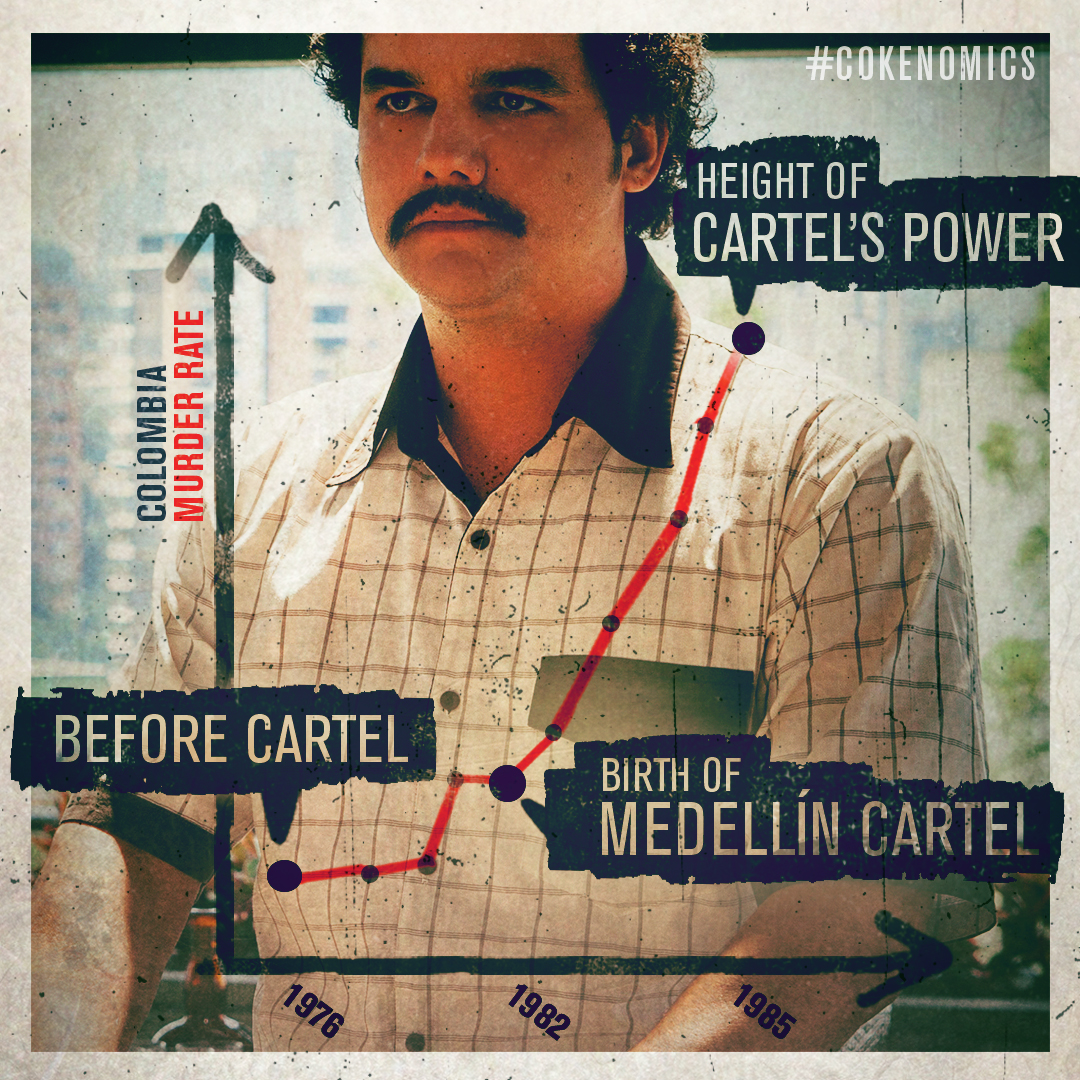 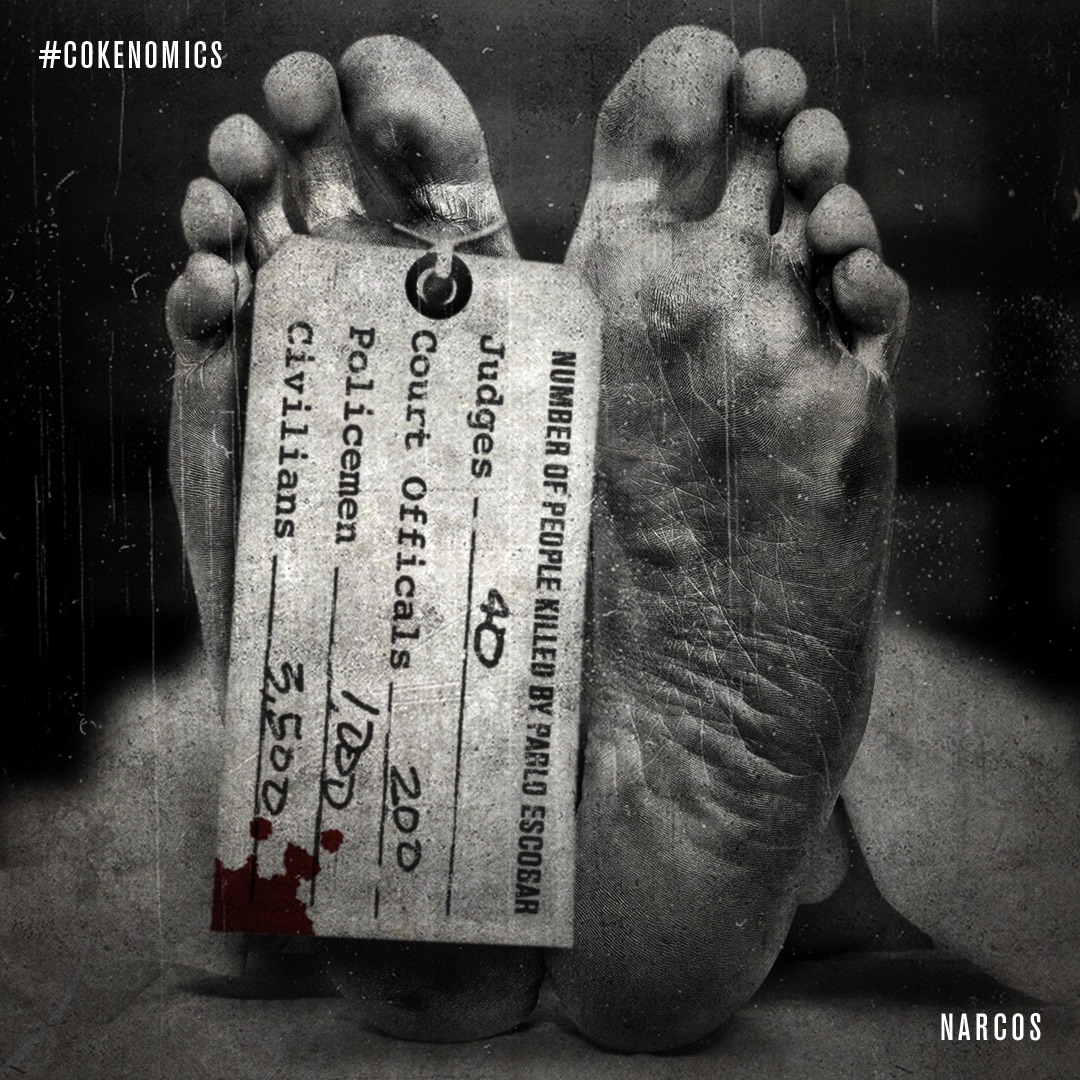 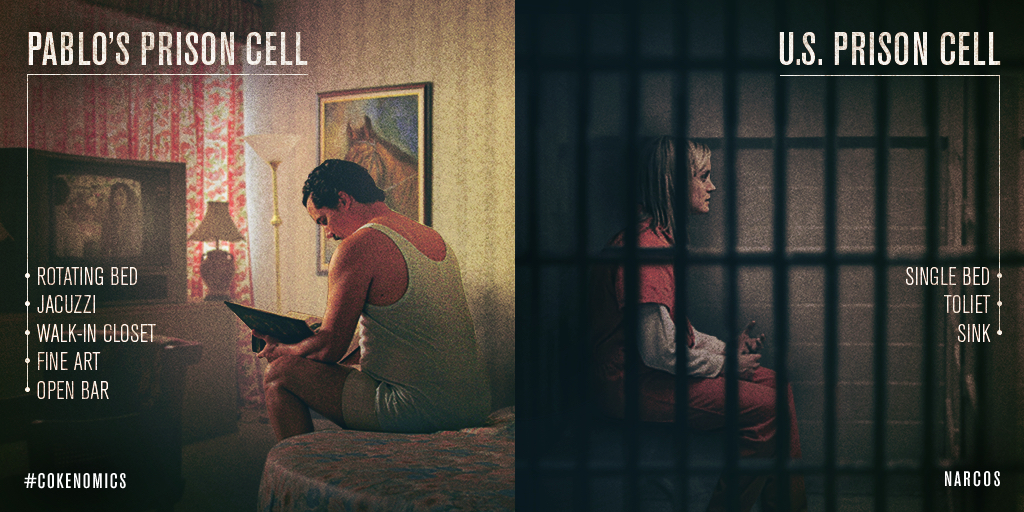