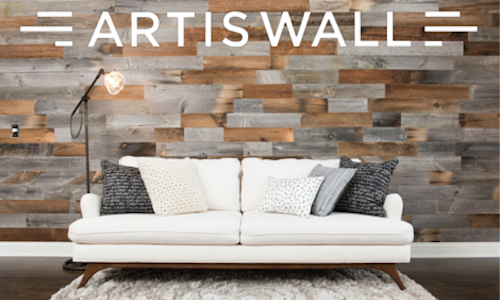 Building a Community for the Artis Wall Pre-Launch Campaign

Waddell Manufacturing partnered with Command Partners to create and implement a marketing strategy for their upcoming Kickstarter project: Artis Wall, a reclaimed wood plank system that allows people to easily create a beautiful accent wall anywhere in their home. To create the walls, they gather authentic reclaimed wood from old barns and buildings around the US, and craft it into Artis Wall planks with a patent-pending installation system that is easy to install, remove and reuse in any room. This makes Artis Wall the ideal reclaimed and reusable wood planks.

While the ultimate goal of the campaign was to raise $20,000 on Kickstarter in Spring 2016, the project can really be broken into two distinct phases with two different goals: first, a pre-launch period with the goal of building up a significant email list of people interested in purchasing an Artis Wall as soon as it becomes available on Kickstarter, and second, a successful Kickstarter campaign once it goes live.

In order for the Kickstarter campaign to be a success, we knew we would need at least 3,000 email addresses on our email list. This would not only ensure that we began the campaign with enough interest in the product to have a successful first day on Kickstarter, but also that we would go on to exceed our funding goal.

In order to get enough leads for a successful crowdfunding campaign, we focused our efforts on building up an online community around the Artis Wall.

First, we created a landing page, found at bit.ly/WinArtisWall. This landing page can be broken into two "sections." At the top of the page, we feature a photo showing off the beauty of the wall so that visitors can envision how it would look in their home. This section also includes a signup box encouraging visitors to enter their email address for a chance to win a free Artis Wall. Below this section, we highlighted important details about the Artis Wall: it's simple to install, it's removable, it's stylish, it's functional, it's affordable and it's American-made.

To begin our pre-launch period, we updated our Facebook profile to reflect the campaign. This included changing our cover photo, updating our about section and changing our call to action button. More importantly, we began posting engaging content regularly, alternating content between posts directing followers to our landing page, and posts about DIY and other things our followers are likely interested in.

We used our Facebook advertising campaign to build an audience base, help build an email list and begin building a buzz around our upcoming launch. We worked to target groups that ranged from known crowdfunding supporters to individuals with relevant demographics, interests and locations. We also created look-a-like audiences of current email subscribers and customers. A small daily budget was used to test out messaging, images and targeting to get to a low cost per click and cost per subscriber. We then scaled up our ad budget as engagement and subscriber conversion rates increased to our desired level. By way of Facebook advertising, we sent pre-launch traffic to our landing page, which incentivized the ability to share the sweepstakes for a viral effect. The pre-launch period was also important because we used this time to tighten up messaging and ideal target audiences so that we were comfortable running ads with a much higher budget for the crowdfunding campaign.

No Instagram account existed for Waddell Manufacturing or Artis Wall prior to the pre-launch portion of this campaign. We created an Artis Wall account (@artiswall) and began populating it with images of Artis Wall and related images our audience would be interested in, such as interior design inspiration, and more.

We used Twitter to build a following and gather leads prior to this campaign. We updated this profile to reflect the upcoming campaign, including a cover image and a link to the landing page. We regularly posted content related to our landing page contest, our upcoming Kickstarter campaign, and other articles and photos that our followers would be interested in. We also identified and interacted with social influencers on Twitter in order to build up a large community.

On our individual social media profiles, we were able to build up distinct groups of followers who were excited for the launch of the Artis Wall. Through responding to questions, directing fans to the landing page and cultivating conversations across platforms with fans and influencers, not only were we able to build our pre-launch customer list but we were able to create a loyal fan base that will ideally support our Kickstarter campaign and stay updated on our future business ventures.

Additionally, our understanding of the community we built up around Artis Wall gave us insight into various media outlets and influencers who would find Artis Wall to be appealing to their audiences. These included home decor magazines, women's interest magazines, design blogs and more. We were able to use this insight to gain press closer to the campaign's launch, which in return generally brings in more money to the campaign and gives backers a sense confidence in the brand. 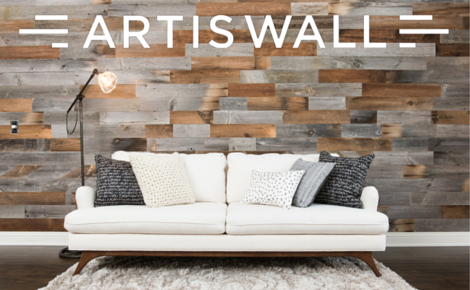