Seriously is developing Pixar quality games designed to be developed into global entertainment properties. Their first game, Best Fiends, was released in October 2014. It's becoming increasingly difficult for mobile brands to cut through and Seriously challenges themselves to be as creative in their marketing campaigns as they are in game development. For the "World's Biggest Mobile Treasure Hunt" campaign, Seriously teamed up with some of YouTube's biggest stars to increase downloads and awareness of their Best Fiends mobile game.

For the "World's Biggest Mobile Treasure Hunt" Seriously partnered with 13 of the biggest YouTube stars including Rosanna Pansino, CaptainSparklez, DanTDM and CutiePieMarzia, with a combined total of 60 million subscribers. The treasure hunt kicked off on Saturday morning September 26th, and each YouTube star released a video on their channels which included them hiding their personal stickers throughout the game and providing exclusive hints for their fans and Best Fiends players to find them. By uncovering all 13 stickers throughout the game, players could unlock the treasure chest containing the rarest of all Fiends in the game, Newt, as well as gold and diamonds. The campaign ran for two weeks.

In addition, Seriously partnered with Instagram on their new Marquee product in the U.S., France, Germany and the United Kingdom on the same day the "Worlds Biggest Mobile Treasure Hunt" began. This was the first ever Instragram Marquee promotion by a mobile game. Instagram users across the U.S., UK, Germany and France were presented with beautifully crafted content from Best Fiends encouraging users to download and update the game.

The results of the "World's Biggest Mobile Treasure Hunt" were impressive. In the first five days of launching the campaign, the 13 YouTube videos were watched over 8,000,000 times. Best Fiends saw its biggest ever download day (over 250,000 downloads in one day) and biggest ever download week. Best Fiends trended on App Stores all over the world, hitting their first #1 in France. And, Best Fiends saw high engagement rates, growing its daily player base 40% in one weekend to over 1,600,000 daily active players and these numbers have been holding steady since. Seriously also reached its biggest revenue day to date of over $100,000.00. 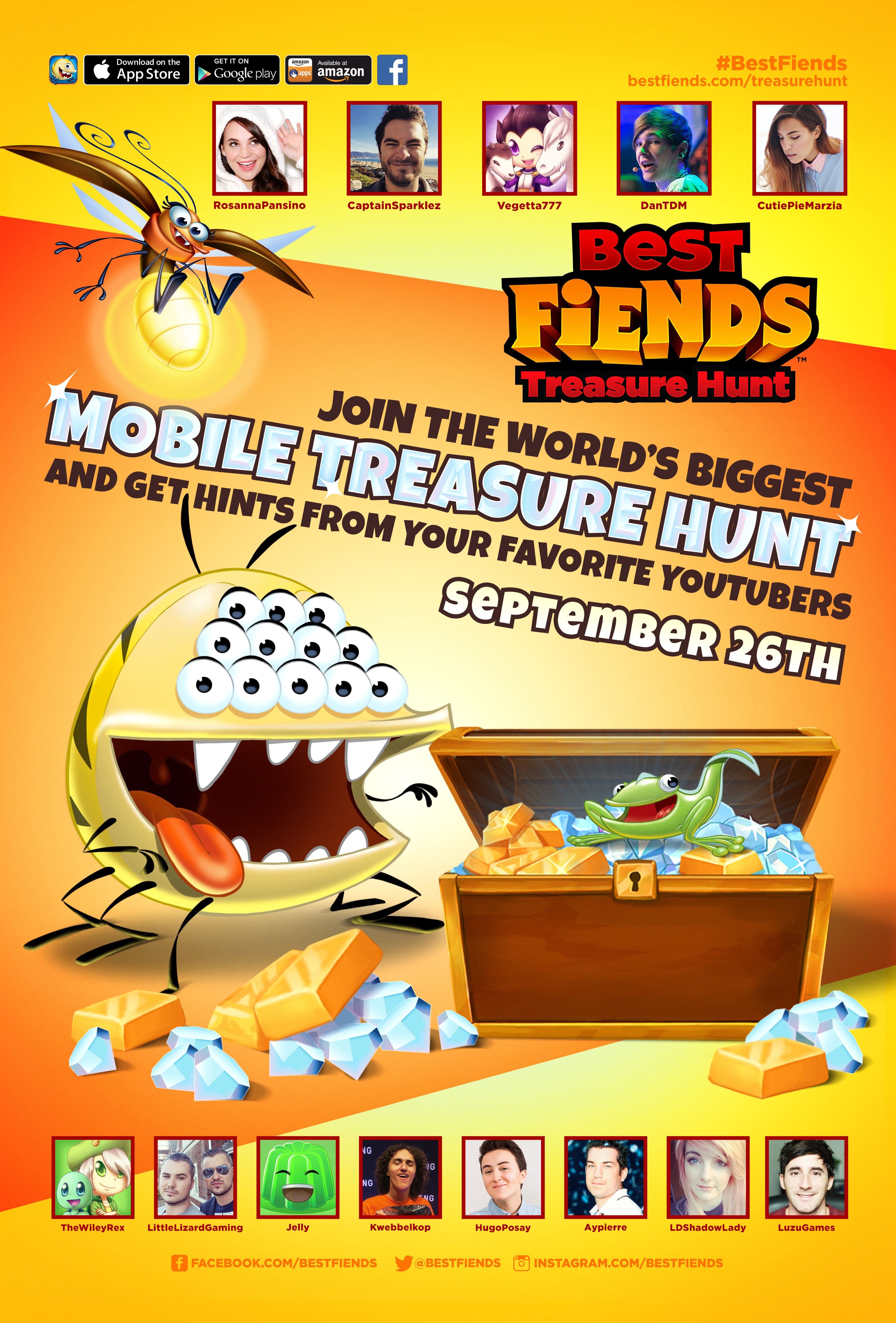