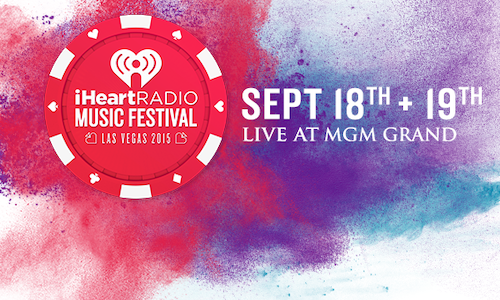 For the fifth annual iHeartRadio Music Festival, iHeartRadio introduced unique and innovative ways to engage fans and artists across social media platforms while achieving greater social success than years past.

Throughout two days with dozens of history-making performances, the fifth annual iHeartRadio Music Festival and Daytime Village in Las Vegas featured unforgettable performances by more than 35 musical acts on two stages. For the first time ever, iHeartRadio created a designated social capture area on-site at both the iHeartRadio Music Festival and Daytime Village for artists to visit and engage with fans online.

Backstage at the iHeartRadio Music Festival, iHeartRadio utilized Twitter's brand new Challenger app, where artists were asked to hit their highest and lowest notes, perform their best dad dance, bust an impromptu flow, or speak in their best accent. The hilarious resulting videos were shared on Twitter in real time. Prior to the Festival, iHeartRadio called for fans to submit art via Twitter's new Fan Art app of each performing musician. Then, onsite iHeartRadio digitally presented the fan art to the artists, who were then able to virtually sign the artwork which was displayed throughout the venue and shared on Twitter and Instagram.

On Saturday during the Daytime Village, artists were asked to shoot a chalk cannon, which tied in seamlessly with the creative of the show and was captured on camera. iHeartRadio's slow motion videos were shared across multiple social platforms, allowing music fans throughout the world to see what their favorite artists were up to backstage at the show. Also at the Daytime Village, artists were encouraged to pose at the Instagram booth and create a silly GIF using a Twitter mirror.

iHeartRadio also utilized it's strong connection with artists by organizing Twitter and Instagram takeovers to give fans a behind-the-scenes look at the iconic event and a direct line to their favorite celebs. Performers like Shawn Mendes, Trey Songz, Diplo and Prince Royce and popular social influencers like Nash Grier, Jack and Jack and more answered fan questions from iHeartRadio's main accounts throughout the weekend. A Snapchat Live Story was also executed to give viewers an inside look at the iHeartRadio Music Festival.

During the star-studded weekend, photo, video and editorial content was shared in real time across Twitter, Vine, Instagram, Snapchat, Facebook, Tumblr, Flipboard and Periscope to engage with fans on all of their favorite platforms.

The 2015 iHeartRadio Music Festival generated a record 6.5 billion social media impressions, putting the festival's social activity ahead of the Super Bowl Halftime Show for the third consecutive year. The official hashtag #iHeartRadio trended #1 worldwide, #1 in the United States and across more than 80 cities. More than 10 topics trended locally, nationally and worldwide across Twitter throughout the festival weekend, including #MusicFestival, #iHeartDemi, #iHeartKanye, #iHeartPrinceRoyce, #iHeartVillage, #iHeartNash, #iHeartShawnMendes, #iHeartJackandJack, #JLoVegas and more. 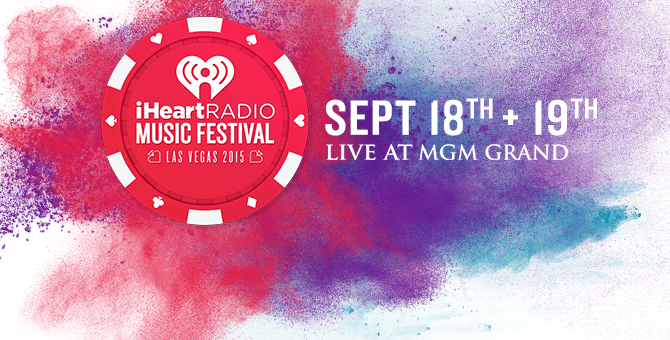 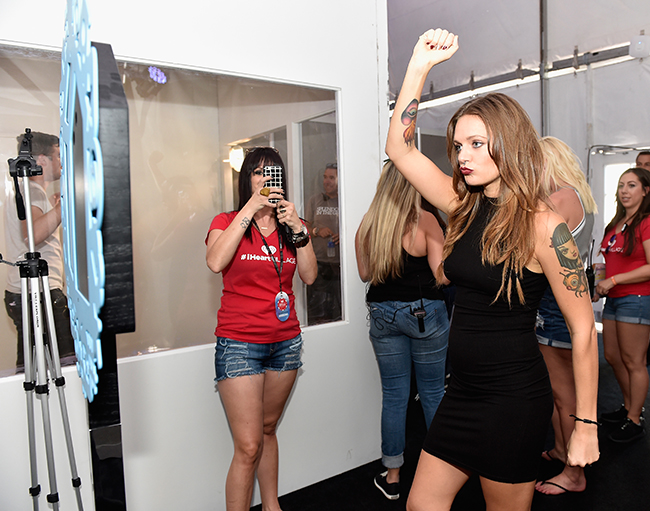 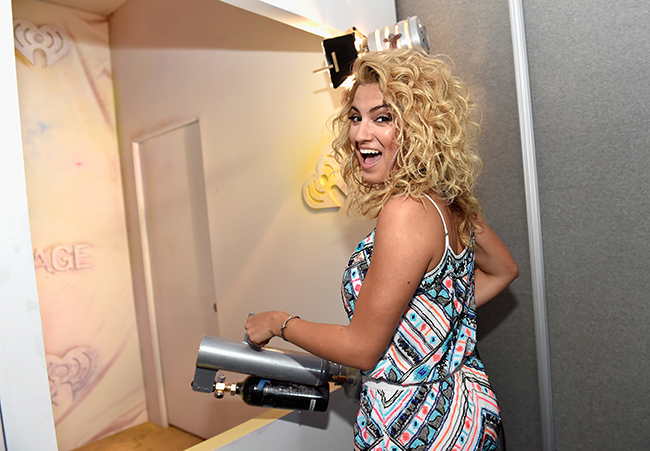 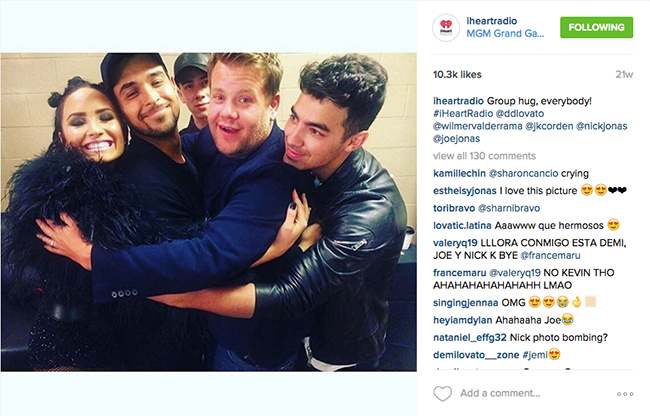 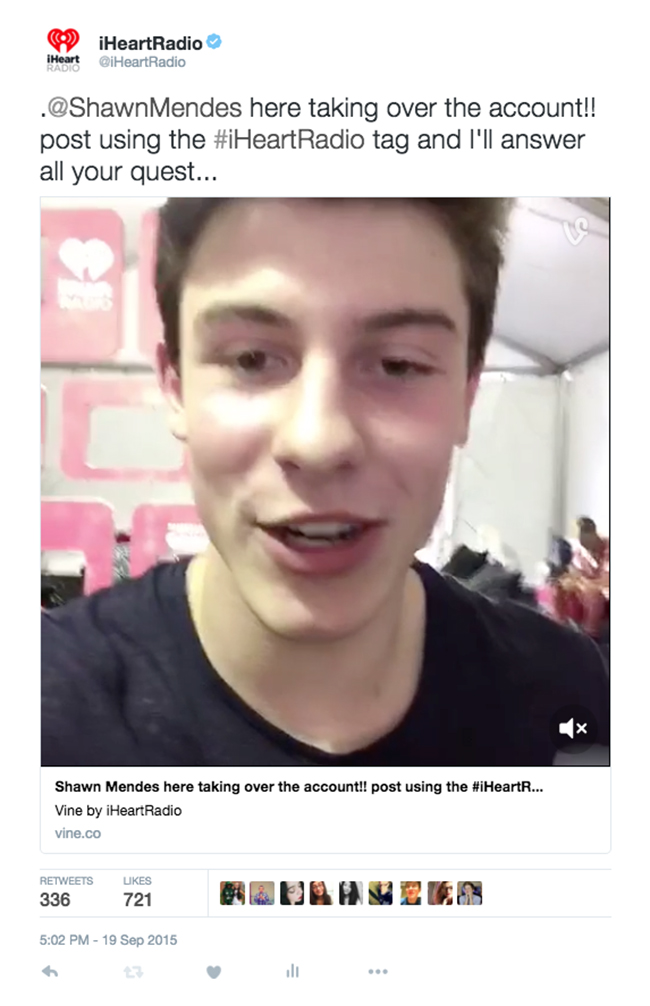 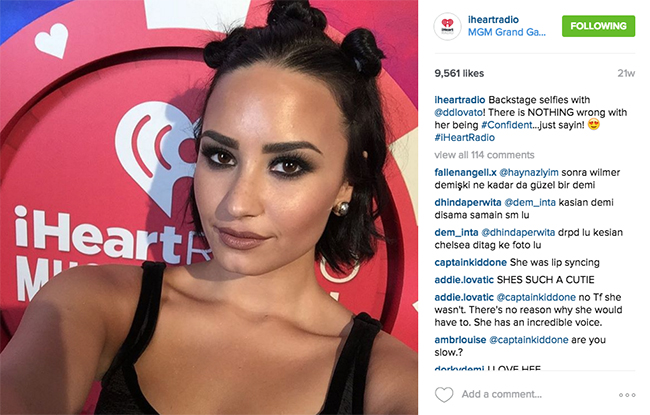 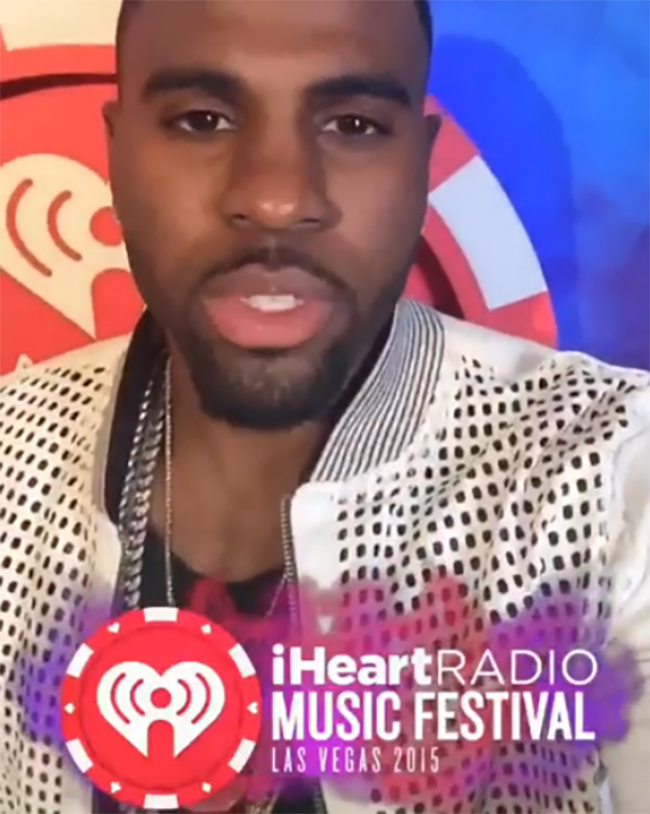 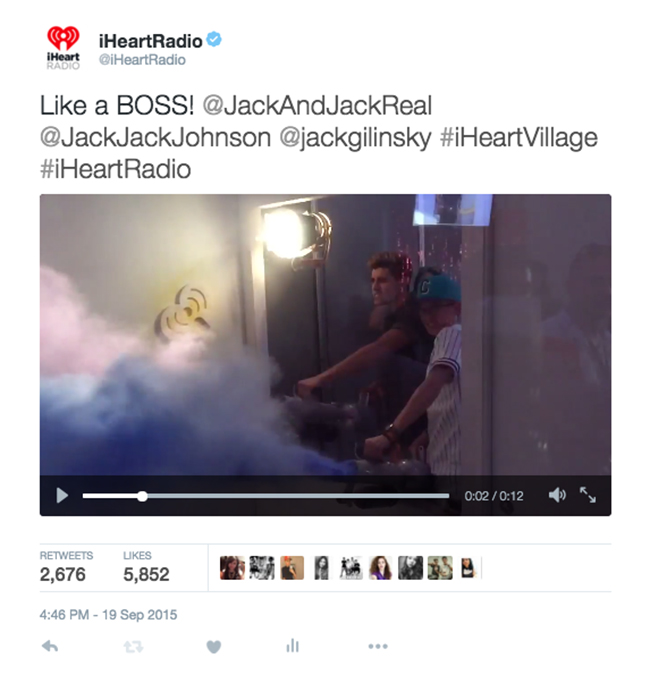