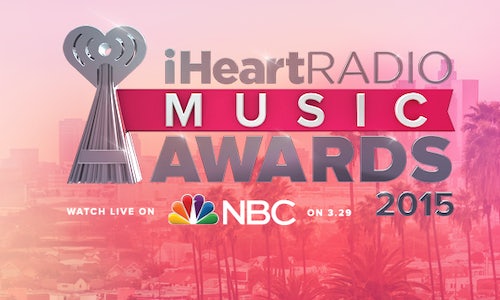 iHeartRadio utilized its 858 terrestrial radio stations, its strong relationships with the world's most popular artists and its loyal fans to engage in a passionate and lively social discussion leading up to, during and after the 2015 iHeartRadio Music Awards.

To kick off the weekend, iHeartRadio hosted the first-ever celebrity Q+A with nominee Shawn Mendes ahead of his Fan Army Nominee Celebration. During the Q+A, fans were able to interact with Shawn in real time and show him love by sending virtual hearts.

iHeartRadio's social stop was the first official stop on the red carpet, where nominees, performers, presenters and celebrities alike stopped to engage with iHeartRadio's digital audience. The social stop was hosted by iHeartRadio personality Paul Costabile, who interviewed celebrities and answered fan questions live on Periscope. In addition, attendees were asked to pose for the Twitter mirror at the social stop, which was exclusively covered by national television partner "The Insider."

iHeartRadio partnered with Snapchat to deliver a live story that was populated by the most recognizable artists in the world. iHeartRadio invited popular social influencer Cameron Dallas to the event, which sparked a number one worldwide trending topic. During the star-studded red carpet and throughout the show, photo, video and editorial content was shared in real time across Twitter, Vine, Instagram, Snapchat, Facebook, Tumblr and Periscope to engage with fans on all of their favorite platforms.

For the second year in a row, iHeartRadio engaged the most socially active fanbases by awarding a fan-voted "Best Fan Army" award. The category, which honors the dedicated fans of each nominated artists, gave music enthusiasts the chance to cast their vote in support of their favorite artist.

The iHeartRadio Music Awards shattered previous social media engagement records with 14 Billion social media impressions -- including 600 million viewers to the Snapchat live story alone -- a 75% increase from the previous year's results. The iHeartRadio Music Awards social impressions nearly tripled that of the Academy Awards in 2015. The official hashtag, #iHeartAwards, was the 7th most popular music hashtag on Twitter in 2015, beating out the EMAs, VMAs and all other music events. The show produced 11 Worldwide Trending Topics, including the official hashtag. The iHeartRadio Music Awards was the No.1 trending show of the week according to Nielsen's Twitter Ratings, beating out the popular Kids' Choice Awards, Pretty Little Liars, and the highly anticipated "The Walking Dead" finale. 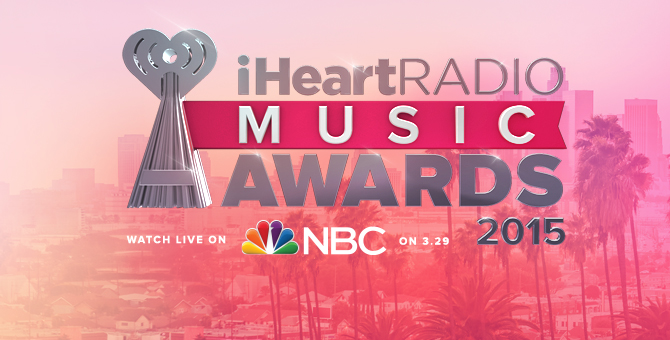 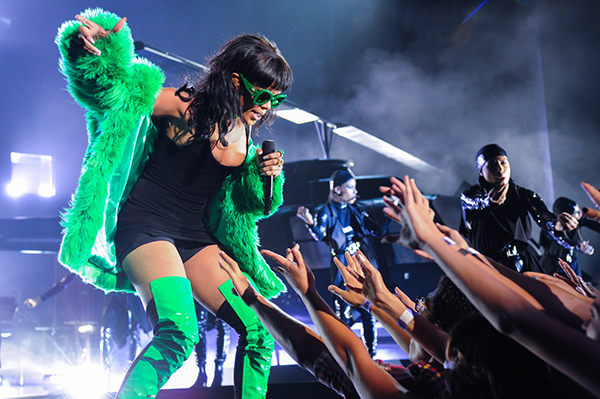 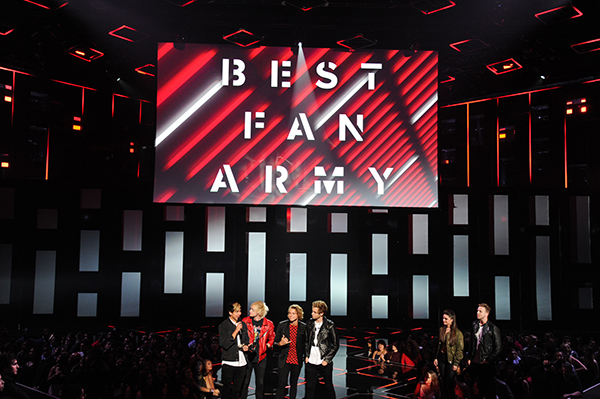 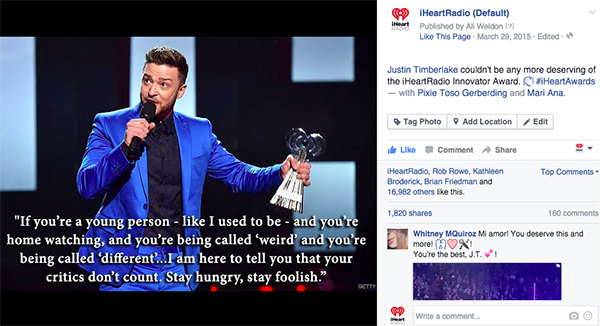 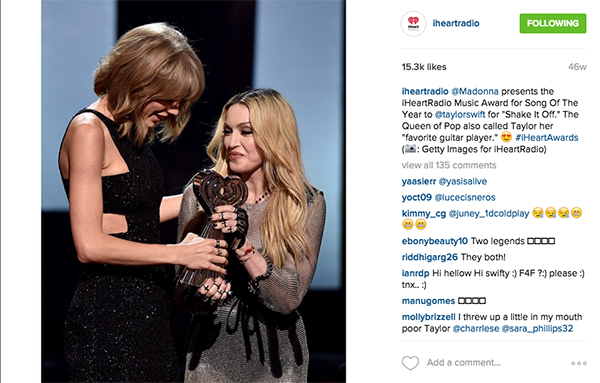