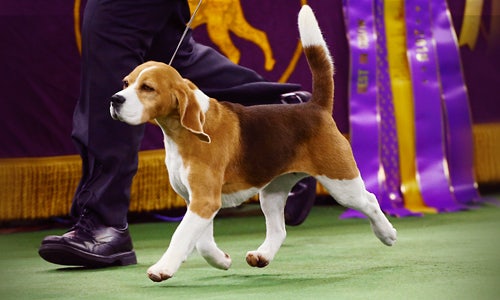 The Westminster Kennel Club Dog Show is an annual event held in New York City featuring thousands of dogs across hundreds of breeds, with tens of thousands of attendees. Millions more tune in online and on-air, catching highlights and the finals broadcasted on television, live from Madison Square Garden, on CNBC and USA Networks.

Between the annual shows, however, social awareness and chatter about the Westminster Kennel Club Dog Show dim, as the conversation and the audience narrow to dog show enthusiasts. Our goal was to grow that in-between conversation by continuing to engage the experts but also including and introducing casual dog lovers to the year-round world of WKC as well.

With no budget for paid support, GLOW and the Westminster Kennel Club crafted a long-term strategy to leverage the resources we did have to sustain and organically grow social conversation: design resources, an enthusiastic community, and the rich legacy of hosting the world's most prestigious dog show for 139 years and running.

We utilized archival and user-generated content to drive conversations with both the dog show enthusiasts and casual dog lovers; educated, entertained, and engaged with every communication; and grew our communities on the platforms they were most active in: Facebook, Twitter, and Instagram. We were also careful to maintain a consistent voice across each platform that reflected Westminster: trusted and exclusive, but also fun and accessible.

For our core audience of dog show enthusiasts, we tailored specific content themes to meet the experts on their level. Across social, we teased and engaged with Dog Trivia and challenges, regularly giving them the opportunity to share and flaunt their knowledge of dogs and breeding. 'Name That Nose' and 'Name That Paw' are content series featuring only snapshots of the respective dog appendage, are favorite and regular social features to our audience.

Casual dog lovers are enticed to Westminster with fun, playful, and easy-to-consume dog-related photos, stylized quote cards, GIFs, and videos. Slipped into the stream regularly alongside the content are pieces of Westminster history, to educate at the same time as entertain. 'Did You Know' facts and 'This Day in Westminster History' highlight the Show's storied legacy, with casual audience members often expressing their enthusiasm for anecdotes, while dog show fans and exhibitors share their memories of Shows past.

Tapping further into dog lovers' love of sharing was another key pillar of how GLOW and the Westminster Kennel Club approached social in 2015. We wanted to allow fans to use Westminster online as a megaphone for how much they love dogs.

There were increased explicit calls to actions for fans to engage in 2015, specifically calling out to the audience to share in photo comments their own dogs. We gave fans and followers themes and contexts to respond and react to, such as celebrating the winter holidays, dressed up for Halloween, resting after a long walk, or lounging in the office.

Two other popular user-generated features include the 'WKC Dog of the Week,' and 'Thought Bubbles'. The former highlights fans' dogs and their stories, as fans submit why their dog should be each week's top dog, and the latter, taking inspiration from The New Yorker's caption contest, invites fans to submit both funny imaginary thoughts of dogs and the pictures of the dogs' whose thoughts to ponder!

Tying all of these content themes together is a design extension of the visual re-brand first introduced at the top of the year at the 139th Westminster Kennel Club Dog Show. Bold use of the Westminster colors—purple and gold—alongside detailed texture effects, inspired by the leather and stitching of a dog collar, and distinct, dog-inspired iconography give all WKC content an inimitable and premium look and feel.

By laying out and executing a strategy for maintaining the Westminster Kennel Club Dog Show's social presence in between shows, we were organically able to grow our followings across all platforms and sustain conversations, keeping fans engaged and celebrating dogs year-round.

On Facebook, we were particularly successful in 2015 in expanding our casual audience and increasing our engagement with the dog communities: Likes were up by 15.4%, and Engagement more than quadrupled, growing 487.5%. We also significantly grew our followers on Twitter and Instagram in 2015, increasing followers on Twitter by 6.5% and on Instagram by 19% between March and December 2015. 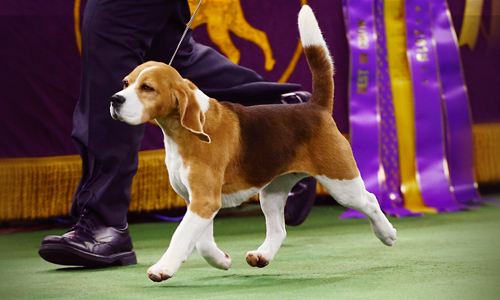