The Human Rights Channel curates and contextualizes videos that document human rights violations and struggles for justice around the world. Through playlists, blog posts, and targeted outreach, we bring attention to stories of abuse that would otherwise be lost.

Launched by the human rights organization WITNESS, the HRC has three main goals: 1) to verify citizen video so that viewers can trust what they are seeing is real; 2) to analyze the challenges that citizens face in seeing their videos help create change and; 3) to support citizen witnesses to use video more safely and effectively when filming for human rights.

Since the Channel's launch in May 2012, we've curated videos from over 103 countries. And whether the videos hail from headline grabbing stories like the protests in Ferguson, Missouri and the war in Gaza-Israel, or from under-reported stories like abuses against the Sahrawis in Western Sahara and a deadly raid on an indigenous communities in Guatemala, we go beyond simply showing the videos and provide context. We want journalists, researchers, investigators, and the average viewer to be able to witness as many of these important, but often unseen, videos as possible. But more importantly, we want them to be able to use the videos for change, and to stop abuses from continuing.

WITNESS is a human rights organization founded on the idea that everyday people can use video to tell their stories of abuse and can turn those stories into tools for justice and change. When we were founded in 1992, part of the mission was to "give cameras to the world." As technology advanced and mobile phones outfitted with cameras have become nearly ubiquitous, that power has been distributed among everyday citizens beyond our original imagining.

With 100+ hours of footage being uploaded every minute to YouTube alone, it can be hard to find videos of human rights abuse among them, and even harder to determine which are real. The Human Rights Channel focuses on verifying citizen video with our partners at Storyful because we want audiences like journalists and human rights investigators to be able to find and trust media that could provide crucial testimony, show a pattern of abuse, and be used as evidence in judicial proceedings.

Brave people around the world go to great lengths, and often great risk to their lives, to share video of abuse. Once verified, we amplify video playlists via our social channels (more details below) and through contextualizing articles on our blog and with partners like PBS' MediaShift and Global Voices. We believe that authenticated videos coupled with important details and context can not only draw attention to abuse, but can help stop and prevent it.

Last year a video showing the abuse and attack of an LGBT youth in Russia went viral worldwide. At the Human Rights Channel, we had also been made aware of the video by Russian activists concerned that the sharing of the video, even by news outlets who were expressing outrage at the attack, was further inflicting pain and the potential for further abuse of this young man. Russia had just introduced anti-gay legislation. We reached out to many outlets - including The Huffington Post and Gawker - and urged them to consider replacing the original video with one that obscured the face and identity of the attacked youth.

We couldn't undo the abuse this young man suffered. But we started a conversation (through articles and interviews) about how activists, media outlets and concerned citizens can report on and share human rights stories while breaking the cycle of abuse - and perhaps preventing future instances of it - when viral videos show attacks on victims.

In addition to discussions about the ethics of curating, sharing and reporting on citizen video about human rights abuses, WITNESS and the Human Rights Channel focus intently on how we can support those brave people to document abuse more safely and effectively.

We provide free, multilingual video tip series directly on the Human Rights Channel and our associated channels for views and practitioners on topics ranging from filming protests to understanding video formats and metadata to techniques for filming interviews with survivors of sexual and gender-based violence

The Human Rights Channel has built up online communities where we share links to the curated playlists, to our analysis of citizen video and to resources to help citizen witnesses document more safely and effectively. On Twitter we have 400,000 followers between the Channel's (@ythumanrights), WITNESS' (@witnessorg) and WITNESS' staff handles (@witnessorg/staff). We have more than 185,000 followers on Google+, more than 5,000 subscribers to the Channel on YouTube and the videos in our hundreds of playlists have been viewed more than 246,000 times.

The British-Syrian activist and citizen journalist Rami Jarrah recently said, "When brutal things happen in far-off places, they are hard to imagine... Thanks to media activists, we do not have to imagine. Thanks to the millions of ordinary people who are filming what is happening: We can ALL witness. And once you are a witness, you feel an urge to do something."

Unfortunately, human rights violations don't just happen in far-off places, they are happening in just about every country on the planet. But as Rami said, brave activists are making sure that these otherwise hidden and unseen abuses do not go unnoticed. The Human Rights Channel is proud to bring stories from citizen witnesses worldwide to audiences who can help stop, create change around and prevent human rights abuses.

Video for The Human Rights Channel 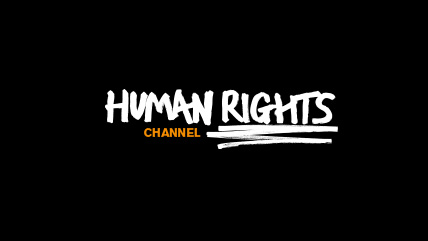 Curated by WITNESS, Powered by Storyful, Hosted by YouTube