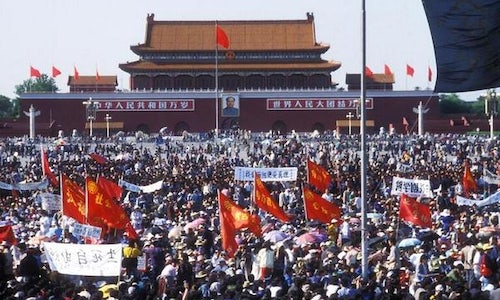 Our objective was to use social media to enable a new generation to learn more about the events in Tiananmen Square in 1989. We wanted to use Twitter to show how things might have unfolded on social media had Twitter been available then.

The Arab Spring showed that social media, and especially Twitter, has empowered people so they can broadcast political unrest directly to the world as it happens.

China is one the world's leading powers and yet there is censorship within the country, especially regarding the Tiananmen protests of 1989 and certain social media sites.

We believed the 25th anniversary of the Tiananmen Square protests was an opportunity to show the power of Twitter in reporting social upheaval.

We interviewed eye witnesses to build a timeline of events as they unfolded. We also used archive reports from BBC correspondents who covered the incident in 1989, as well as archive photos. This was a joint project in English and Chinese.

The outcome was a real-time reporting of events as they had happened in 1989. The tweets ran on both the BBC World Service (@bbcworldservice) and BBC Chinese (@bbcchinese) Twitter accounts (in English and Chinese).

We wanted to use social media to enable a new generation to learn more about the Tiananmen incident.

We did extensive interviews with eyewitnesses in both English and Chinese, including eyewitnesses who are now exiled from China. We took quotes from the interviews and translated them into English and Chinese. We used archive material of radio reports by BBC correspondents Kate Adie, John Simpson and James Miles, who were all in Beijing during the protests. We checked the accuracy of events to give a full picture of the incidents. Photos were also sourced from archives, as well as other audio, including material from Chinese state TV broadcasts. We uploaded the audio clips to the BBC World Service Soundcloud account, which we linked to in the tweets.

This was a new way to report a historic event. The interviews with the eyewitnesses were broadcast exclusively as tweets. These interviews did not appear anywhere else. Over the past 25 years there has been a lot of expert analysis and opinion about the Tiananmen protests, but we felt using Twitter presented an opportunity to detail exactly what happened, and to hear about events on the ground in a dramatic way. This enabled our audience to 'observe' the incident for themselves.

At the end of the 'event' we Storified the full timeline and tweeted that.

Tweets from our audience about the timeline included the following:

"@bbcworldservice I was in Beijing in 06. I asked directions to the square, no one would tell me. I was 100 yards from it. #denial" (from @roamingray)

"Hard to believe it's been 25 years. I was in China at the time. Very scary. They were brave. #TiananmenAnniversary #Tiananmen89" (from @tjcavanaugh)

@bbcworldservice #Tiananmen89 watching it unfold from the US, it looked so momentous and hopeful at first. They built a Statue of Liberty! (from @wyknott)

In terms of reach, the individual tweets accumulated over 5,000 clicks to the various archive reports and interview clips. The full timeline on Storify got 2,313 hits. @bbcworldservice has 146,000 followers. Our 'event' was also promoted by @bbcworld, which has over 7.91 million followers. @bbcpersian also translated it into Farsi and ran it on their Twitter accout, which has 248,000 followers. 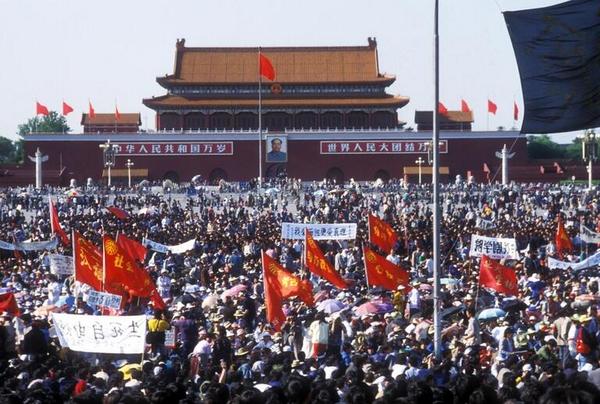