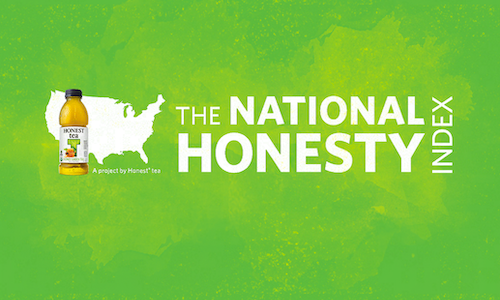 Honest Tea, Carrot, Ikon3, Creaxion, and Lyons PR partnered to creatively express the results of the beverage company's physical and digital social experiment – the National Honesty Index – testing the honesty of people around the country.

For the past five years, Honest Tea has traveled the country gathering data for the National Honest Index by setting up unmanned racks filled with bottles of Honest Tea offered for one dollar on the honor system. This year, they partners with Carrot to conduct an online honesty experiment, in conjunction with the on-the-ground experiments that took place in more than 60 cities across all 50 states. Participants authenticated via a Facebook application and were offered a $1.50 coupon in exchange for sharing a piece of lightly branded content on their Facebook walls. While the physical experiments gathered five points of data about each person who interacted with the experiment; the digital experiment surfaced millions of data points that were mined to uncover interesting, timely and salient information.

Data from both the physical and digital experiments was processed and displayed in a myriad of interactive ways on the Index homepage – from a guessing game that challenged people's assumptions on honesty, shareable results that could be compared to each other, a personalized honesty profile that examines astrological signs, and a traditional infographic summing up some of the most interesting results from the lighthearted social experiment.

Within a month, the site had garnered over 613K unique visitors and had resulted in 20,000+ pieces of content shared.

After five years of executing a physical experiment, Honest Tea felt challenged to find a way to keep the experiment fresh. This project is unique in its ability to combine data from physical and digital experiments and present it in new and interactive ways. Users found it so engaging that they spent an average of two minutes exploring on the site.

Over 20,000 people participated in the Facebook experiment over a 24-hour period, resulting in an avalanche of more than a 1,000,000 data points that the Carrot team had less than one week to analyze and integrate into the design. Findings included stats like "Dog people are more honest than cat people (98% vs .95%) and that separated and divorced people were more honest than those in a relationship (100%, 98% and 96%, respectively.) Additionally, 18,000 coupons for purchase were downloaded through the experience. 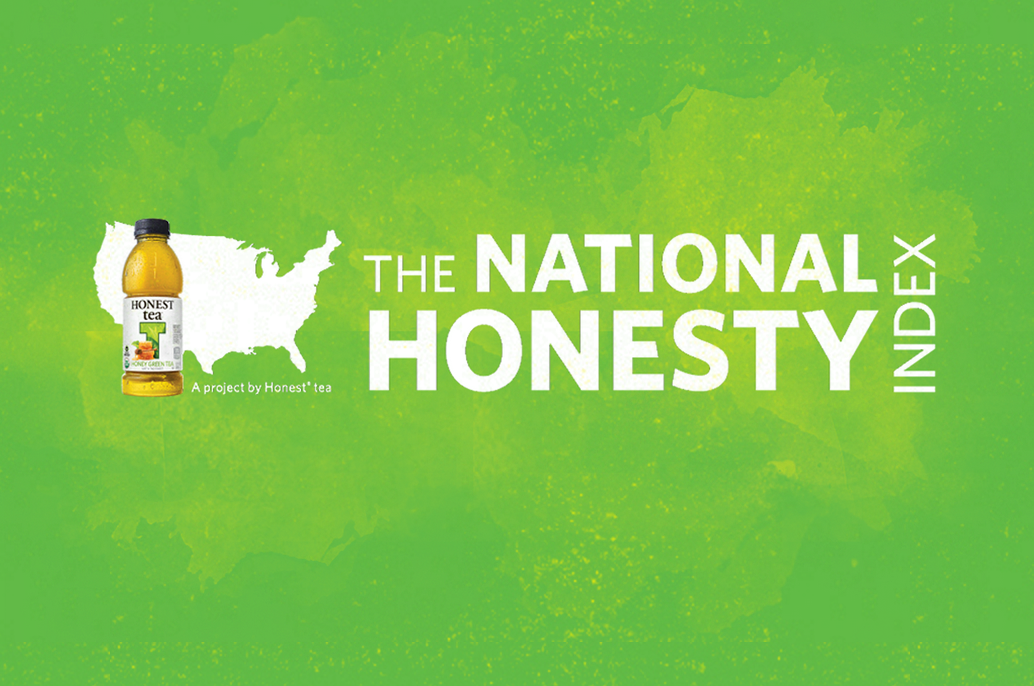