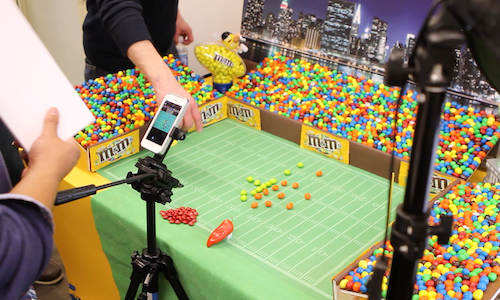 In the wake of the "Super Bowl Blackout," every marketer approached the 2014 Big Game hoping for some "big viral moment." But M&M'S didn't want to wait for the lights to go out. It set out to make its own moments throughout the game. M&M'S and social content agency Weber Shandwick created "M&M'S Color Commentary," a fun and innovative way to put an "M&M'S spin" on the Super Bowl. Our team of experts, influencers and even one football icon created colorful and entertaining Vine videos that recreated action from the broadcast in real-time using irresistible M&M'S Peanut chocolate candies. The real-time Vine strategy paid off, generating almost 75 million media impressions from 621 stories in outlets like AP, Yahoo, Mashable and ESPN. The brand also leveraged social influencers to score an additional 2.3 million potential social impressions and 1.3 million potential social reach with the brand's 24 Vines.

We don't have to tell you that the Super Bowl is, well, the Super Bowl of marketing. Every marketer wants to "win" the big game. While the Super Bowl has historically been a showcase for commercials, brands are now trying to take advantage of the next viral moment. Twitter predicted that for the Super Bowl in 2014, there would be 45 million mentions from 27 million unique visitors. And that's just for game day, so obviously the second screen has become hugely important. With most brands waiting around and fighting over any potentially viral moments, M&M'S decided it was time to zig while others zagged.

The traditional "real time" model is very passive. M&M'S decided that the best way to take advantage of the popularity of the second screen during the Super Bowl was to put together an all-star team of football experts, content creators, social media gurus and influencers to create great content proactively, rather than waiting for the next Super Bowl blackout. The brand would add value to the second screen experience by recreating the game's biggest plays using actual M&M'S Candies and stop-motion, a strategy that authentically fit the fun nature of the brand.

To execute this "Color Commentary" campaign, M&M'S enlisted the help of Joe Montana. An NFL legend, Montana lended his football knowledge, and voice, to give Color Commentary the sort of credibility that only a Hall of Famer can. Another nice benefit: the brand was able to leverage the media emphasis on the Super Bowl in the week leading up to the game by booking interviews with Montana in which he mentioned the program extensively.

To make sure these short videos reached as many people as possible, M&M'S also utilized paid media, worked with social media influencers on Instagram, Vine, and Twitter, and tailored messages to specific fans to establish the "real-time" identity of the campaign.

M&M'S partnered with Jethro Ames, a popular Vinographer who has expertise in creating stop-motion videos, to actually create these videos. Ames created a series of Vines before the game to publish for M&M'S fans to tease the campaign. Then, on gameday, Ames set up in a special studio, working with the brand to quickly recreate actual plays on the field using stop-motion and M&M'S Candies. While he was creating each video, Joe Montana recorded VO specifically for the play.

But this content creation didn't happen in a vaccuum. M&M'S had an entire social media team watching the game for great plays, scouring social media for fan reaction and possible areas to intersect conversation, and posting and promoting great content to Vine, Twitter and Facebook.

So M&M'S had not one "war room," but two: one filled with social media experts and another dedicated to creating content immediately, with a Vinographer, some candy-placing assistants, a replica stadium and, of course, irresistible M&M'S.

With these two groups, M&M'S told the story it wanted to tell during the Super Bowl rather than wait for a story to be dictated to the brand. 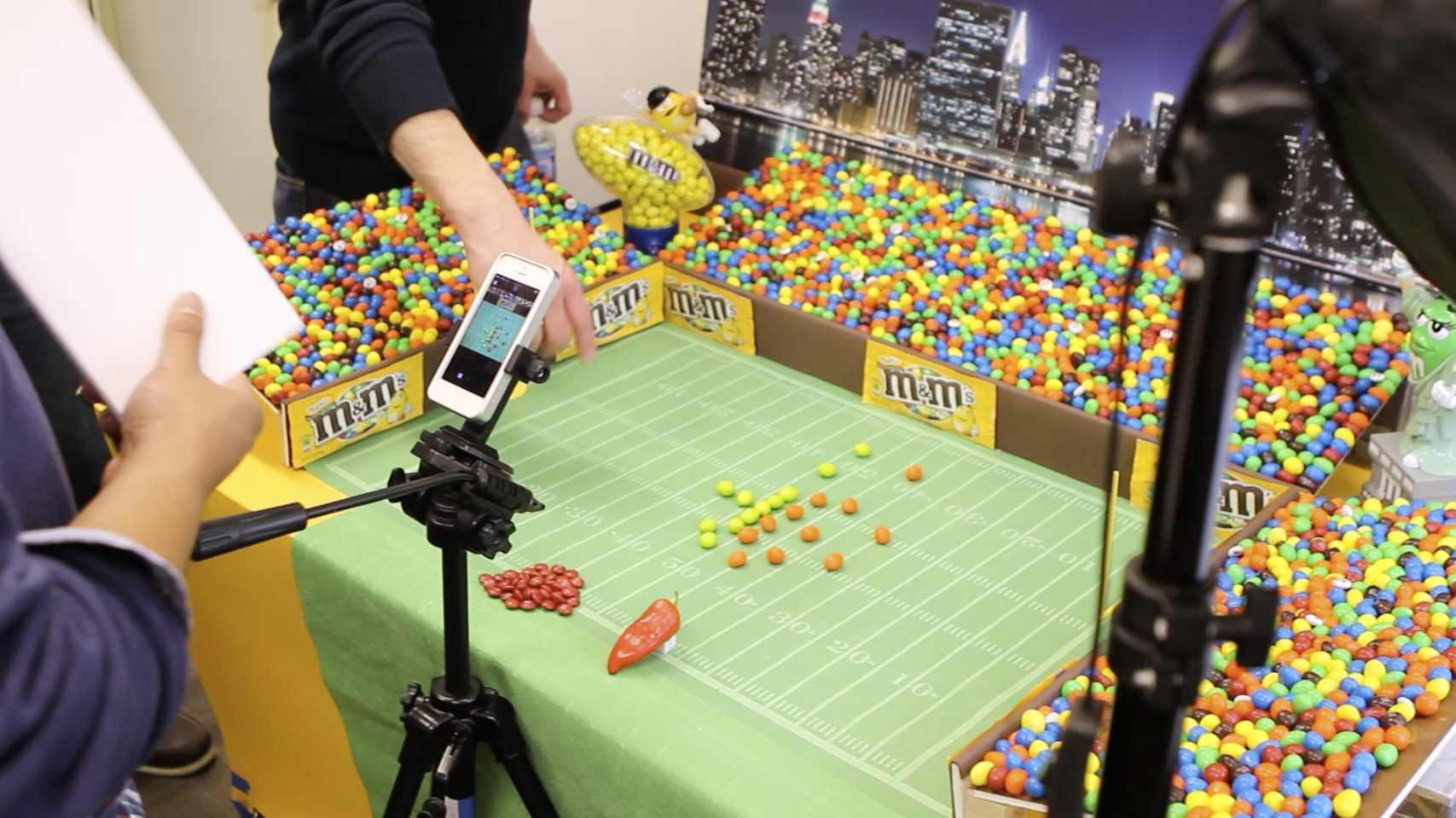