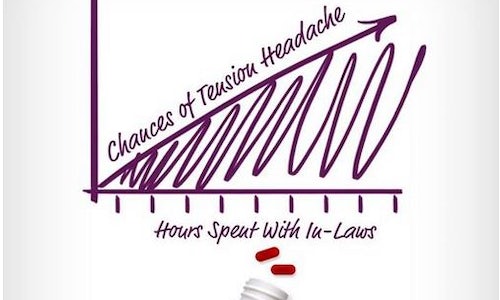 Silver Distinction in Health and Fitness

After returning to market in 2012, Excedrin was working to reestablish its business in the pain relief category. As the #5 brand in the pain relief category, Excedrin must rely on its specialist status – for headaches, not just any kind of pain relief – to differentiate itself and persuade consumers to switch from a general product or purchase Excedrin in addition. Excedrin's business – and in particular its attractiveness to retail partners – rests on the brand's ability to define a unique subcategory within pain relief: headache relief.

To increase consideration of its products and drive trial, Excedrin needed to bridge the gap between awareness of the product and its benefits and a new point of view on the headache category. To do that, the brand chose to invest in original, owned branded content that would set it – and headaches – apart from the competition.

The strategy required syndication cross a variety of digital channels and formats, including search, display media, website content, social media and content recommendation networks. To unify reporting and facilitate optimization decisions, the key performance indicator across all channels was interaction rate, an industry metric for qualifying reach with engagement, a proxy for consideration.

Headaches are a different kind of pain, and Excedrin is a recognized leader in treating head pain. Excedrin's service-oriented editorial newsroom has established it as a leading source of information for consumers engaged with managing head pain, from mild headaches to migraines.

From this base of service-oriented editorial content evolved a cross-channel marketing program inclusive of social media, paid media, content recommendation, public relations, email marketing and native advertising, all driven by the same goal of making Excedrin the comprehensive authority of headaches, with information that is credible – but also engaging.

To bring it to life, the agencies, legal and compliance, and brand teams innovated a unique production model called the "story package." Every consumer insight – like wanting to understand if stress causes headaches – manifests not just as long-form editorial, but as a single document that also includes related social content, search metadata, multiple headlines for a/b testing, imagery and/or video, and sourcing.

From a channel standpoint, the goal was to use story packages not just for one or two channels, but rather distribute them across all digital touchpoints -- from email to social, web, display, search, and native -- maximizing the production investment. By adopting this programming mindset, the content team is able to easily package individual stories for every channel, increasing consistency and frequency. This approach also facilitates optimization, as reporting dashboards make it easy to compare the success of certain kinds of stories in certain channels, feeding back into the production and media plans.

Yet, publishing great content doesn't matter if no one sees it; paid reach is a critical element of the strategy. The story package model once again enables the interagency team to quickly and effectively take advantage of a variety of promotional formats from paid social, banner units and content recommendation networks, to email marketing and custom integrations with publishers like WebMD.

By establishing itself as a leading source of information for consumers engaged with managing headache pain, Excedrin is able to both build credibility with target customers through the publication of service-oriented editorial content, as well as increase consideration and purchase intent through the use of coupons and other promotions on its owned channel.

Through the publication and social syndication of more than one hundred high-quality articles describing various causes, treatments and triggers for headaches and migraines, Excedrin's strategy also works to validate head pain as a separate category of pain, one that demands a treatment that is suited specifically for the needs of those who suffer from headaches or migraines.

Although the media plan included a variety of other channels on a pilot basis (including a variety of "native advertising" and custom rich media executions), three primary channels performed best in accelerating awareness of the Excedrin Newsroom: social media like Facebook, content recommendation networks like Outbrain, and interactive display media.

The audience of Excedrin's Facebook page consists of involved headache treaters, people who are motivated to understand more about their headaches or migraines. Hence, the content strategy involved story concepts that might be considered too complex for a general audience. But, when Excedrin shared these stories, such as "What is Tyramine?" and "What is Alice in Wonderland Syndrome?", this audience was highly receptive to the content, resulting in thousands of shares of Excedrin's Facebook posts. This confirmed the interest among involved headache treaters in credible, in-depth informative content.

Campaign results have been exemplary, with newsroom interaction rates exceeding industry benchmarks and display and social media content driving robust increases of purchase intent among the target audience of involved headache treaters. As measured by a Nielsen Brand Effect study, content run in May and June 2014 reached 13.6 million consumers in the U.S. and resulted in lift in ad recall, purchase intent, and brand recommendation in the 95th, 99th, and 97th percentiles versus CPG norms.

Following the launch of the content strategy in late April 2014, more than one million page views on the site resulted in interaction rates at least 200% over the ambitious goal of 4% – including strong bottom-of-funnel activity like clicks to coupons and email list signups. Similarly, interaction rates on display media have been 250% above the same goal interaction rate. 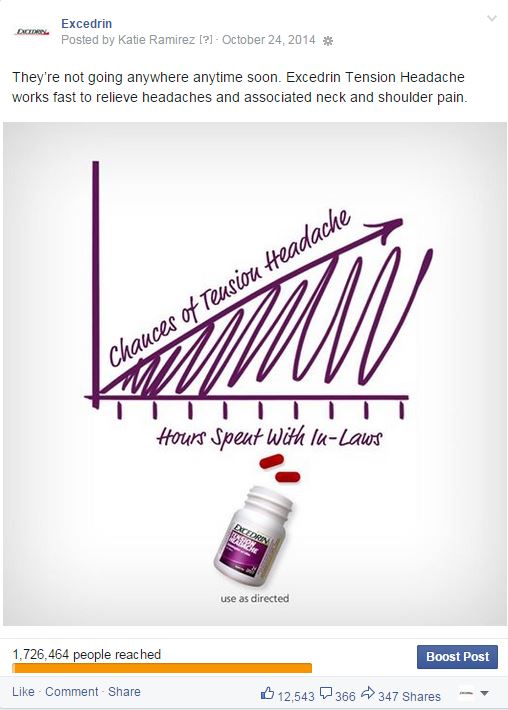 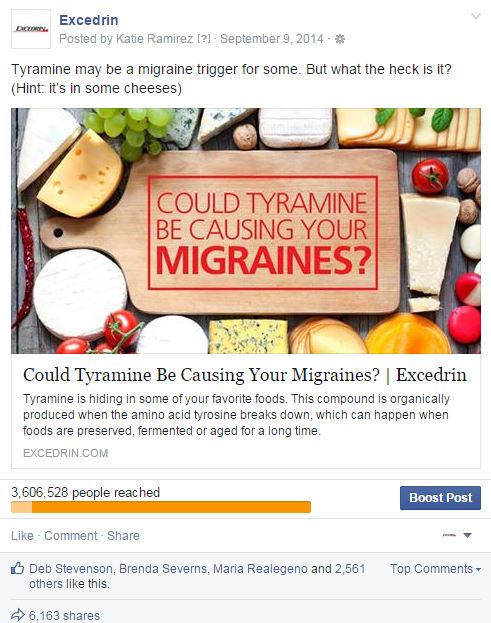 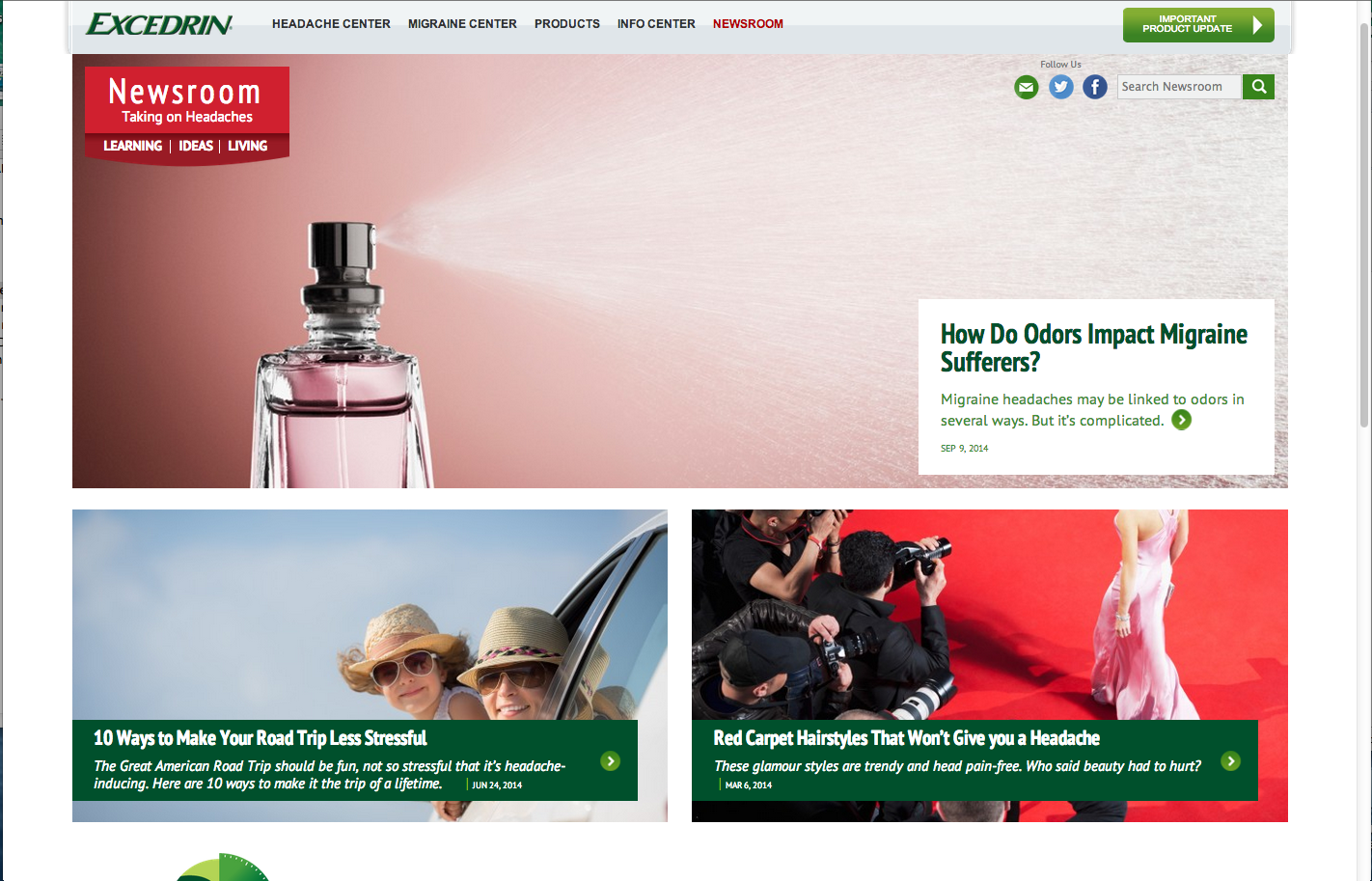 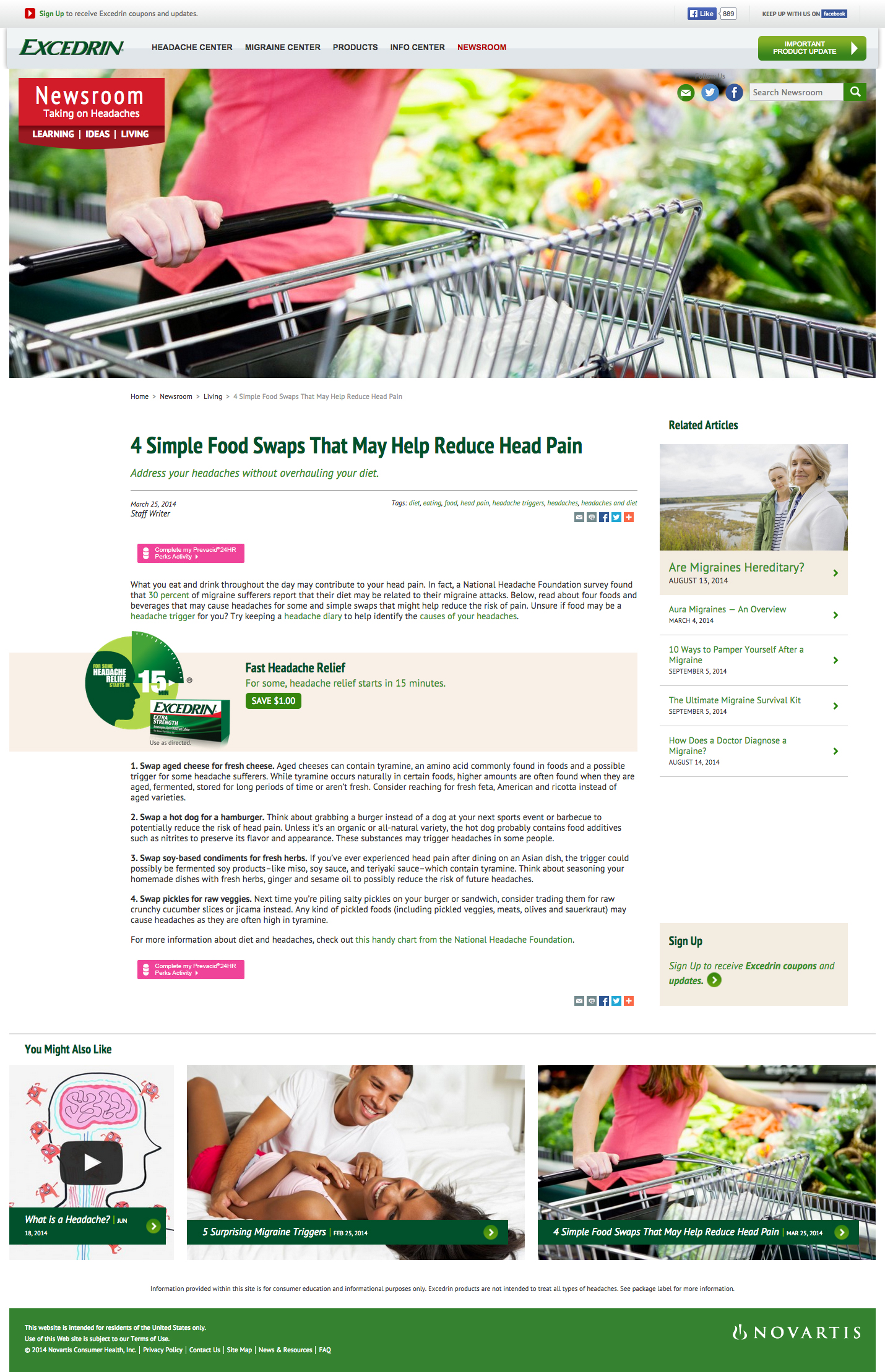