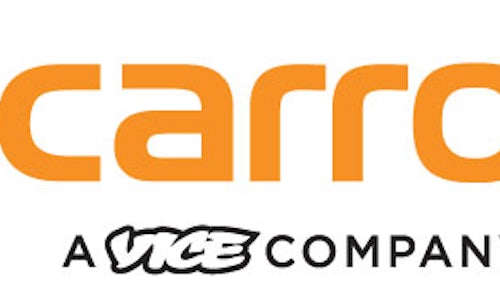 In 2013, Carrot won Best Midsize Agency. In 2014, we did it again. Why? We fundamentally believe social behavior is core to how we experience the entire web. Therefore, we continue to push the boundaries and definitions of social media by marrying bold brand creativity with a deep technical understanding of platforms. The past 12 months has been another year of aggressive revenue growth and continued client success. 2014 was also our first as part of VICE – the fastest growing media brand in the world.

No other agency has the combination of momentum, culture, and clients that Carrot currently holds. For the 3rd consecutive year, Carrot has experienced 50% YOY growth. In 2014, Carrot launched a new Brooklyn based studio, a new office in Minneapolis, and added staff in London. Carrot maintains an ambitious expansion plan with sights set on the west coast and South America. Carrot was recognized as #65 in Crain's Best Places to Work in NYC – the highest ranking for an advertising or marketing agency. Carrot has 100 of the brightest, most creative, and crazy ambitious people you will ever meet.

Carrot clients are some of the most recognized in the world. Target, Rolex, Wilson Sporting Goods, GrubHub, among others remained core to Carrot, while we bolstered our client roster with Ferrari, Lipton, American Express, Cole Haan, and the entire Unilever Ice Cream portfolio (Good Humor, Klondike, Magnum, Fruttare, Popsicle, and Breyers). For Target, Carrot launched the first social trick or treating campaign powered by Instagram, which ultimately was covered by 30 media outlets. For MTV, Carrot sent Teen Wolf fans on a scavenger hunt across the social web looking for clues about the new season which generated over 160,000 attempts to unlock the trailer. In search of the most honest people in America, Carrot launched Honest Tea's Honesty Index resulting in over 18,000 coupon downloads. Oh, and we helped save the elephants for The Nature Conservancy by acquiring 6,000 new supporters. Additionally, in conjunction with VICE, Carrot executed the Make It Wearable campaign for Intel, collaborated on AT&T's Mobile Movement, and helped H&M extend their presence at Coachella to social resulting in 30 Million earned impressions.

Carrot remains obsessed with technology. The agency is a trusted development and media partner of platforms including Facebook, Tumblr, YouTube, and Snapchat, among others. To continue as an innovator in social data and analytics, Carrot was named a launch partner for NetBase's new Audience Marketing Technology. Furthermore, we formally launched Roots.cx in 2014 which is a framework for quickly and easily building small to medium sized front-ends of any kind. And finally, we are heavily active on github, as we heavily contribute to open source projects.

Video for CARROT – a VICE company