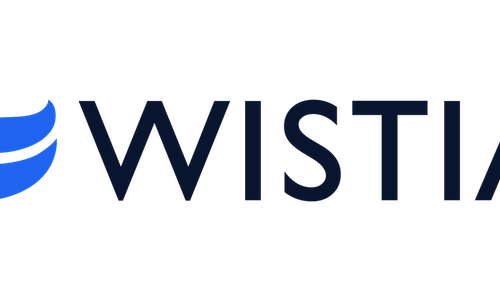 Wistia is a complete video marketing platform that helps teams create, host and measure the impact of their videos. In addition to Wistia’s mission of helping every business thrive with video, the company is also committed to embedding diversity, equity and inclusion (DEI) into its workforce, which is why it decided to launch Wistia Gives Back (WGB). WGB is Wistia’s annual charitable initiative in which the company sets aside a fixed percentage of EBITDA (earnings before interest, taxes, depreciation and amortization) to be donated to ten charities. In 2022, these charities included ACLU of Massachusetts, Black and Pink, Climable, First Nations Development Institute, Girls on the Run Boston, Girls Rock Camp Boston, Hearth Inc., Immigrant Family Services Institute, Partners for Youth with Disabilities and Project Bread.

Wistia Gives Back was initiated in 2021 by Wistia with the mission of involving employees in giving back to local charities that support historically underfunded groups (e.g., commonly stigmatized causes or equity-seeking groups) by allowing them to allocate a fixed donation.

In order to make this initiative especially meaningful, the team appointed its Diversity, Equity and Inclusion Taskforce to select the organizations nominated by “Wistians” themselves. This year, Wistians suggested 51 amazing non-profits, from organizations focused on addressing everything from youth with disabilities to prison abolition to LGBTQ+. Overall, Wistia donated $185,000 to the selected charities, which came out to a share of $1,178 per employee.

Originally, Wistia’s giving initiatives happened more on an as-needed basis. The company supported the ACLU’s response to the Muslim ban, donated to the Reproductive Health Access project when states limited abortion access, and gave to Black Lives Matter after George Floyd was murdered. But as Wistia continues to grow, helping employees donate more consistently and intentionally has become ingrained in Wistia’s culture.

Wistia’s DEI efforts are incorporated into everything it does as a business. By placing DEI efforts alongside the team’s employee engagement goals, Wistia sets itself up for long-term improvement. Wistia Gives Back is an initiative specifically designed with historically underfunded groups in mind; it is an inclusive, proactive approach to charitable giving where employees run the show.

The overall initiative came to life when the company decided to include employees within DEI efforts at Wistia. Wistians were given the power to nominate charities that are important to them to be considered for selection, sparking a sense of passion and enthusiasm among the workforce. Along with incorporating the entire workforce into this initiative, Wistia also made sure to loop in the team’s in-house DEI Taskforce. The purpose of WGB is to give back to underfunded groups, amplify diverse voices/perspectives and make a societal impact within the Boston community. Following the announcement of the ten selected charities, the Wistians who nominated them made a video to tell the rest of the team about the organization. The funds raised were then allocated by employees to the charities on the team’s annual giving day in January.

Wistia Gives Back met the team’s objectives successfully, as the company was able to donate a huge sum of money to nonprofits in need – a total of $185,000, equaling a share of $1,178 per employee. Wistia considers its efforts to be a success because the initiative was able to (1) include employees in a proactive initiative, (2) impact historically underfunded groups and (3) emphasize DEI as one of Wistia’s main priorities.

Video for Wistia Gives Back