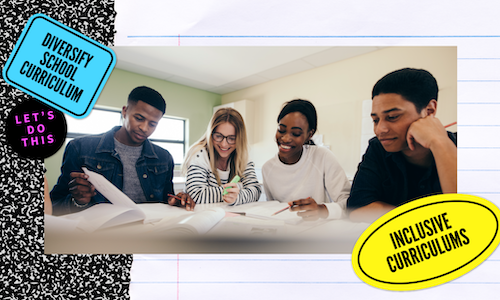 Research from the Southern Poverty Law Center (SPLC) shows that many popular textbooks fail to comprehensively cover the history and modern implications of race and racism in America. Teachers agree–nearly 60% surveyed in the SPLC study did not believe their textbook’s coverage of slavery was adequate. Meanwhile, 7 in 10 young people are seeking more ways to learn about race, its history, and its implications today. And this more complete, inclusive picture of our history is essential for student success. According to Brookings, the adoption of culturally responsive teaching practices that center the experience of Black people is proven to increase Black children’s civic engagement and success in school.

In April 2021, DoSomething launched the Whole Histories campaign in partnership with the AllState Foundation to empower students to fight erasure and advocate for more inclusive and accurate curriculum. To participate, students shared where they felt educators did a good job in teaching about race and racism, concepts they wished they had learned more about and one thing they would change about their curriculum for future students.

Using these submissions, we identified common themes and relevant insights to build a student-powered guide for both students and educators to improve history curriculum nationwide. The guides provide students and educators with actionable ways to advocate for more inclusive curriculum including ways to conduct a student audit, ask questions, offer suggestions, and bring attention to Whole Histories with teachers and peers.

When we began developing this campaign, the debate about race and education had begun swirling, but the perspectives of young people on the topic were largely being overlooked. By tapping into the voices of DoSomething members, we saw a unique opportunity to offer a student perspective on how to reflect a whole view of history in our school system.

We launched the campaign in April 2021 by asking young people to share their experiences regarding race and racism in their school curriculum. To help drive participation and reach beyond our existing membership, students had the chance to earn a $2,500 scholarship for participating. Their responses were synthesized into our student and educator guide alongside additional resources and ways for students to use the guide as a tangible tool for advocacy in their schools. The 3 central questions young people responded to were:

We also wanted to use the campaign as an opportunity for education–an opening to highlight stories that are often overlooked when we take a narrow view of our history. To do this we produced Unsung Heroes of History, a social media storytelling series showcasing the many gaps in history education when it comes to race and racism. This included figures like Kimberlé Crenshaw whose research has paved the way for a better understanding of how race, class, gender, and other individual characteristics “intersect” and overlap to make up one’s experience. The series was valuable in connecting with existing race and education conversations online and sparking greater creativity among campaign participants. In addition, it allowed us to focus the campaign on celebrating a full view of race and racism in U.S. history without getting mired in the heated debates around critical race history that were emerging as the campaign rolled out.

The campaign achieved 67,000 sign-ups, nearly twice our initial goal and our social posts received over 82,000 impressions. Synthesizing the submissions from students, along with the guidance of educators and experts, we created both a student and educator guide to extend the life of the campaign through activism for real systemic change. Here is one of the many notable submissions we received from students:

“I wish my school curriculum would focus more on the lasting impacts of racism in America. So many textbooks gloss over such extensive periods of oppression, and they act as if the Civil Rights Act of 1964 was the total and utter end of racism and segregation nationwide. However, that is so far from the truth, as lasting effects of oppression still exist everywhere: modern police brutality, unemployment, poverty, and even misogyny, all stem in some form from racism, and schools must teach this.”

In addition to students and educators putting the guides into action in their schools, we have also seen adoption of it with organizations like Truth(Ed) who integrated it into their educational action kit. Having played a small, but meaningful part in the movement for more culturally responsive curriculum, we’re also humbled by the major markers of progress emerging since the campaign. In September 2022, The College Board announced they would pilot their first ever AP African-American Studies course in 60 schools nationwide. Sharing our student-powered guide is but a small crack in our educational system–a system that is beginning to change. 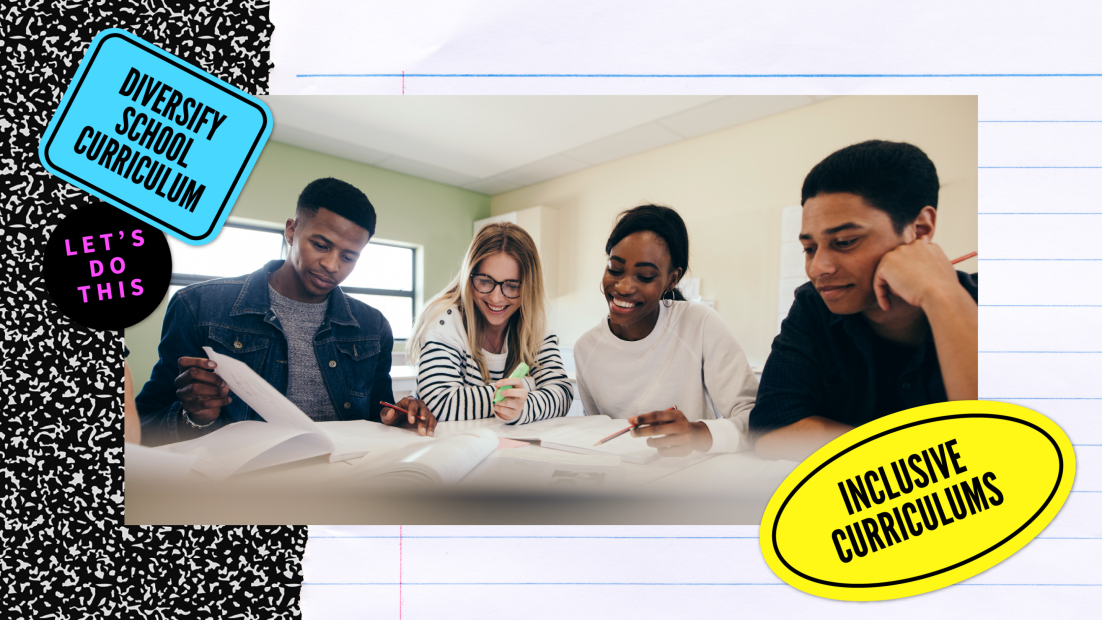