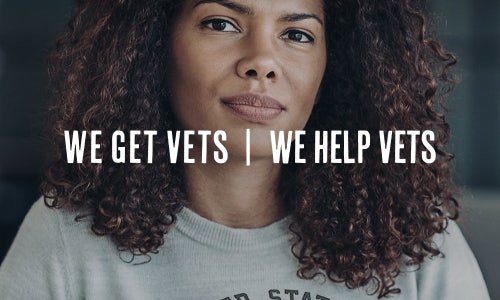 We Get Vets. We Help Vets.

Entered in Campaign by a Woman-Owned Business

Veterans Services Offices throughout the state continue to address an ongoing problem—not enough veterans are coming in for help. Whether due to stigma, access or other barriers, county VA offices are committed to reaching veterans – and one of their key strategies has been a powerful and consistent outreach. So, they partnered with King Media to help connect veterans and their families with benefits they’ve earned for their service.

“The main barrier is awareness,” shares former Berrien County Veterans Services Director Lee Lull, who served in the U.S. Navy and National Guard for 21 years. “We know how to treat veterans. We understand the unique experiences they’ve had. But many just don’t know yet that we’re here to help them.”

A 2020 report issued by the National Center for Veterans Analysis and Statistics reveals that more than half of our nation’s veterans are missing out on important benefits and services that they’ve earned. Michigan House and Senate members have championed funding – and the Michigan Veterans Affairs Agency (MVAA) has awarded grants to county VA offices aimed increasing participation in veteran-specific services including disability compensation, healthcare, education, employment and so much more.

We recognized that we’d need an overall, big-idea campaign that communicates a simple but powerful message: VA personnel understand veterans, and they are there to help veterans and their families. In short: We Get Vets. We Help Vets.

The premise of the campaign is that if we speak to veterans in their language and connect with them where they’re at, they will be more likely to seek assistance. So we met veterans with messaging steeped in military culture and lingo, and the well-researched creative reflects the rich diversity of our nation’s veterans and their families.

The campaign is being utilized in seven Michigan counties and counting. While messaging remains consistent, we’ve worked closely with each county to understand their individual needs and craft a marketing plan that achieves optimal results. Radio, television, social media and digital ads; print materials like brochures, rack cards and flyers; and branded items for community outreach activities are among the robust menu of assets King has delivered to VA offices throughout the state.

Because King partners with individual county offices rather than one central client, we proposed a solution that would make high-quality campaign creative accessible and affordable for every location. The result was a top-shelf marketing campaign and a full menu of assets that can be leased and tailored for each location.

The initial campaign rollout has supported efforts in seven Michigan counties, each with an individualized marketing plan and tactics. Here are just a couple examples:

“It’s so gratifying when someone comes in who didn’t even know we existed – and we find they’re eligible for substantial disability benefits, health care and a lot more. They’re so thankful. There are a lot of emotions. I understand the feeling because I’ve been there myself,” shares Lee Lull, Berrien County Veterans Services Director.

Below is performance data for the two four-week campaigns in Hillsdale county, which is on par with results in other counties as well.

Video for We Get Vets. We Help Vets. 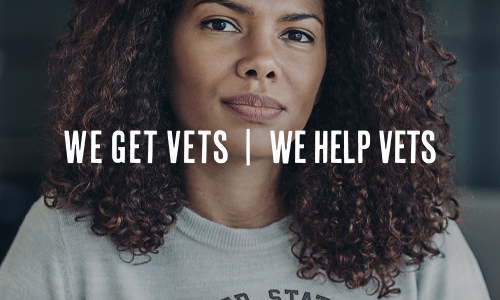 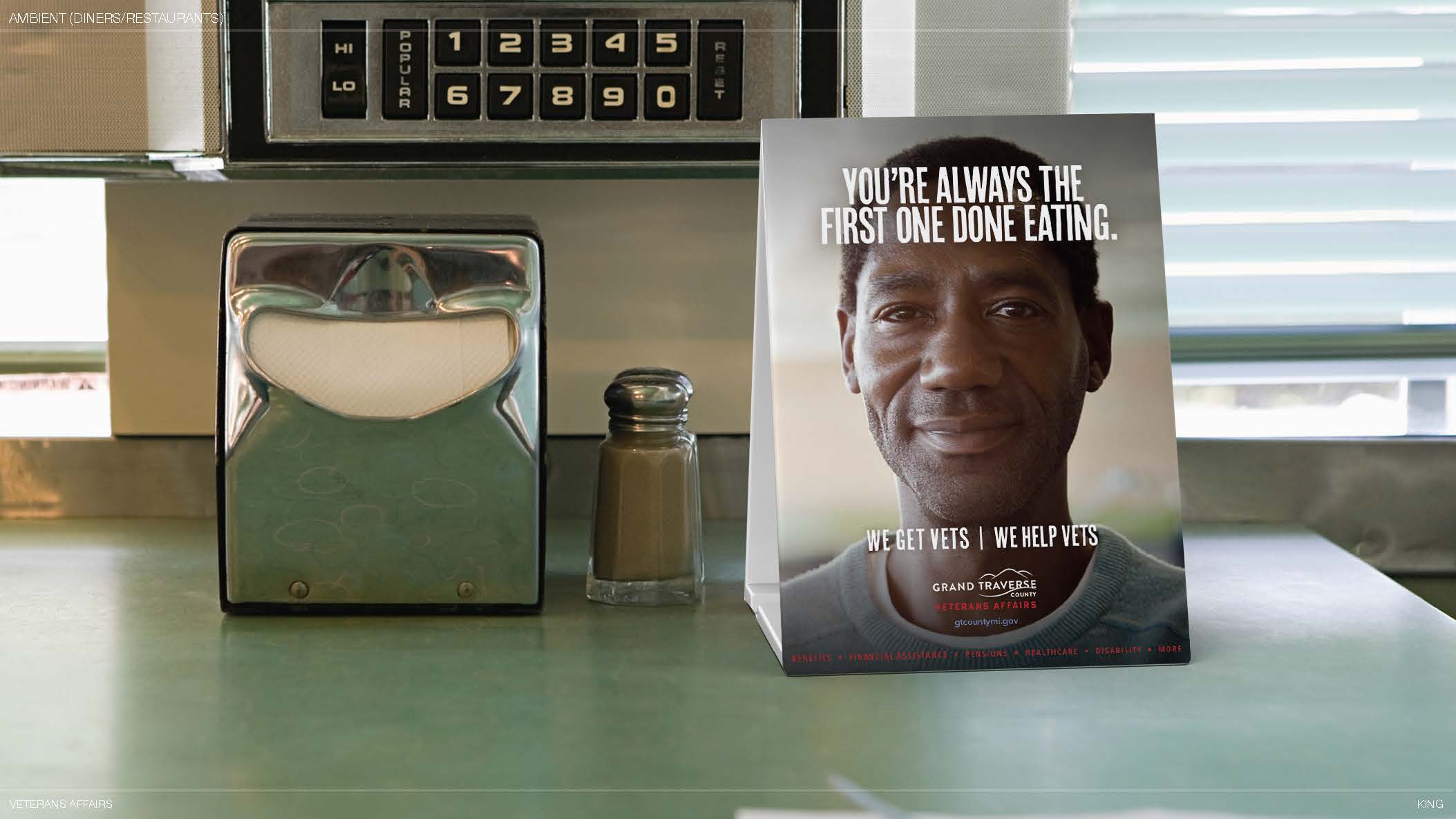 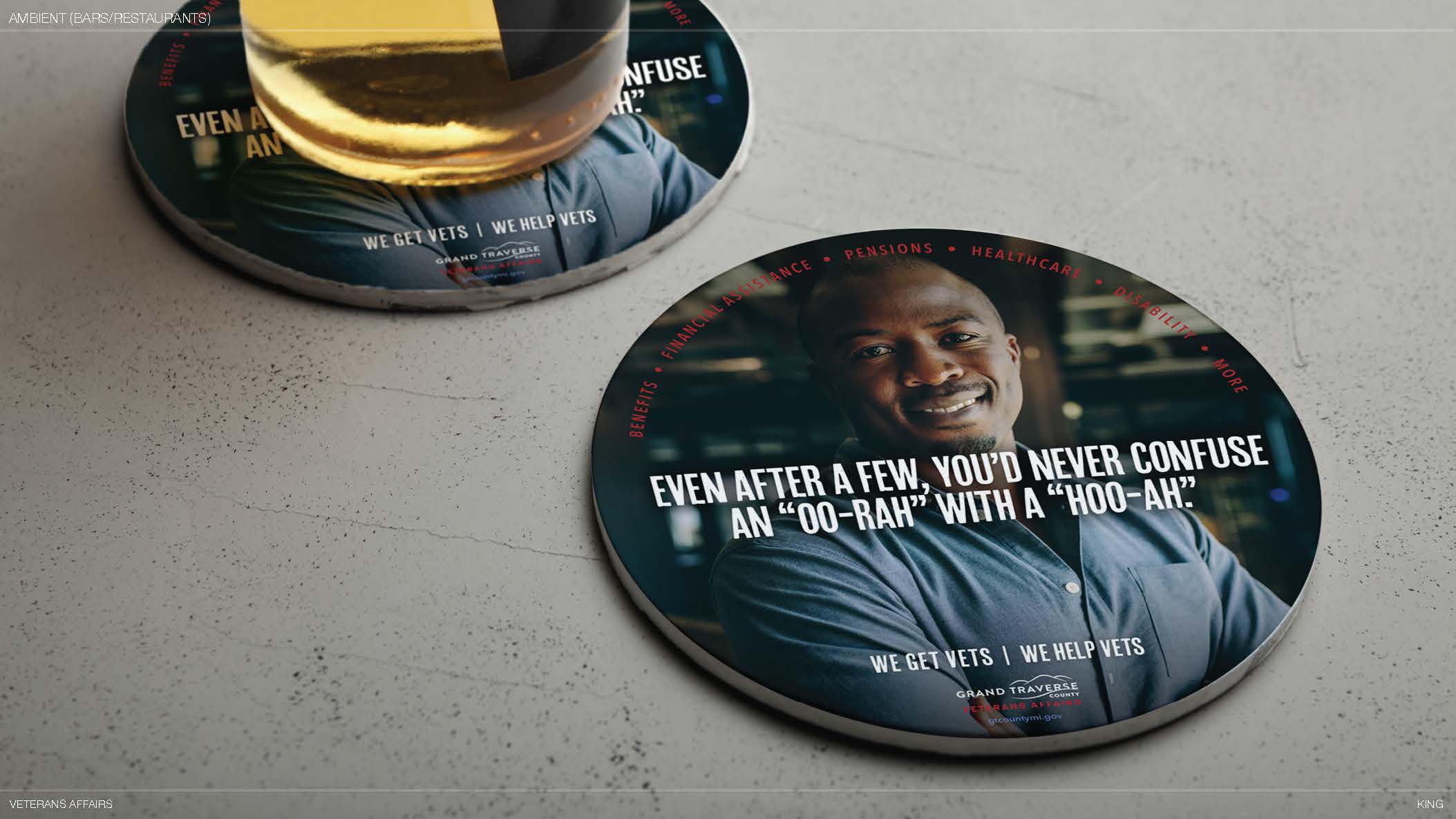 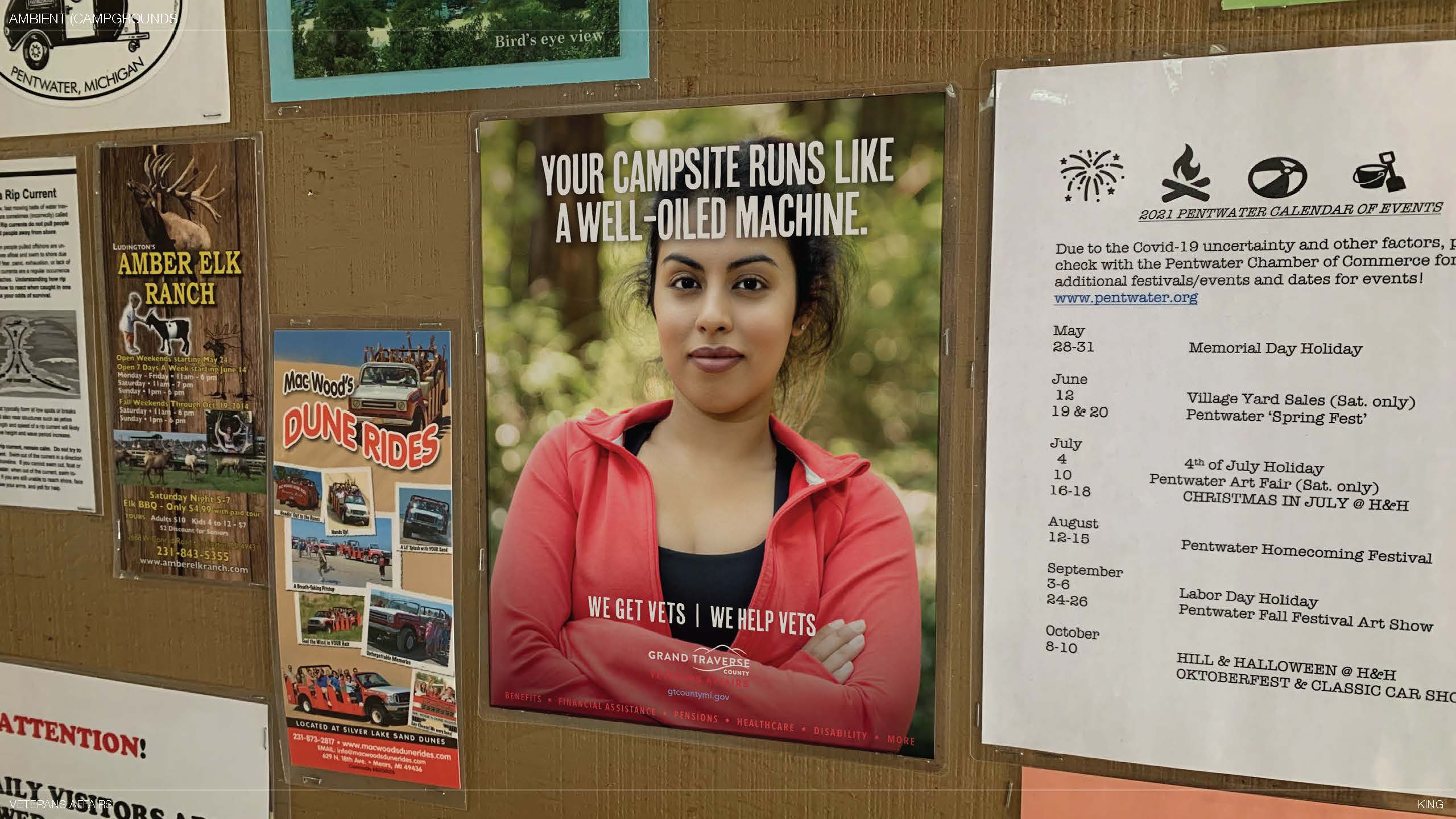 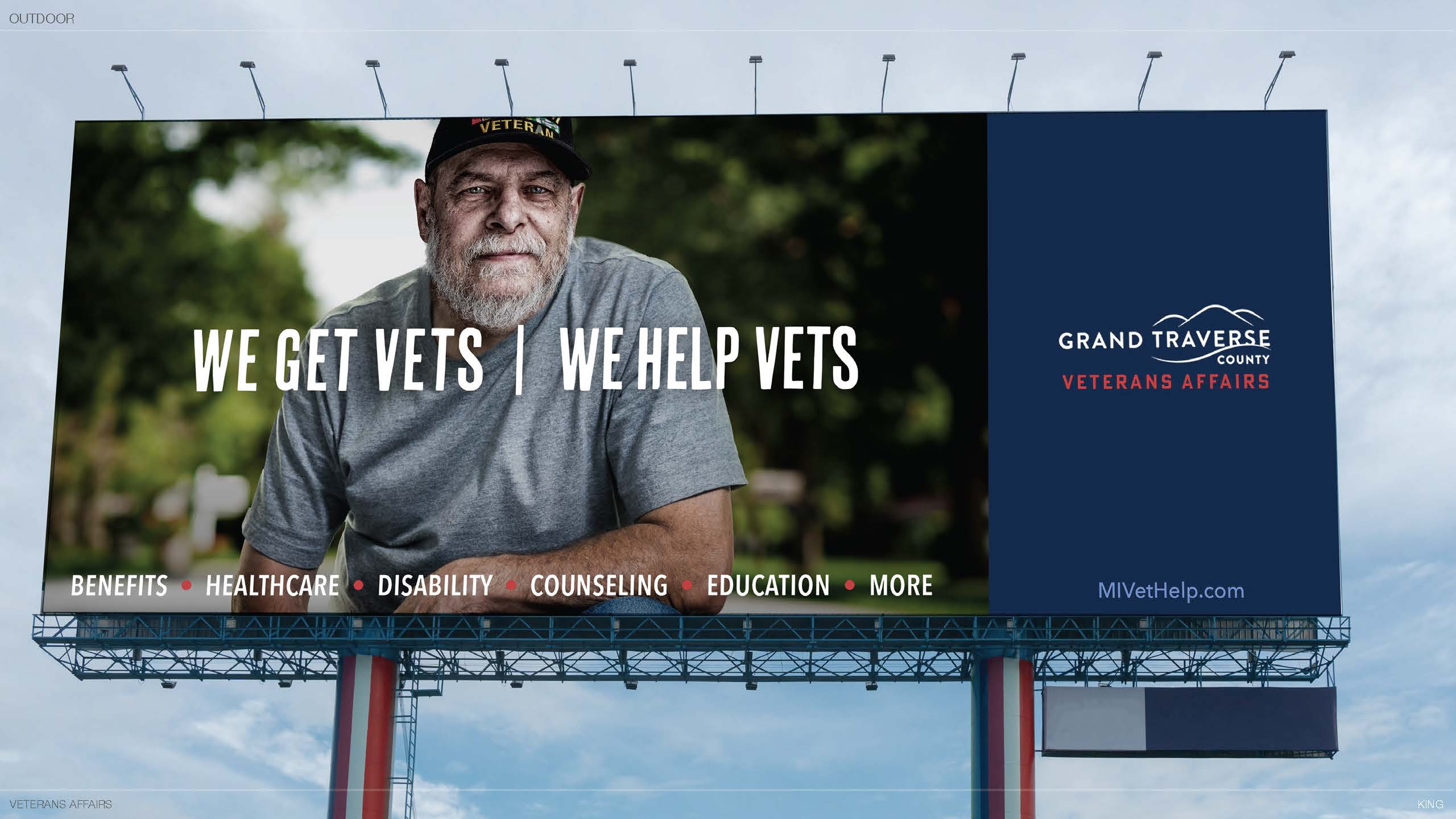 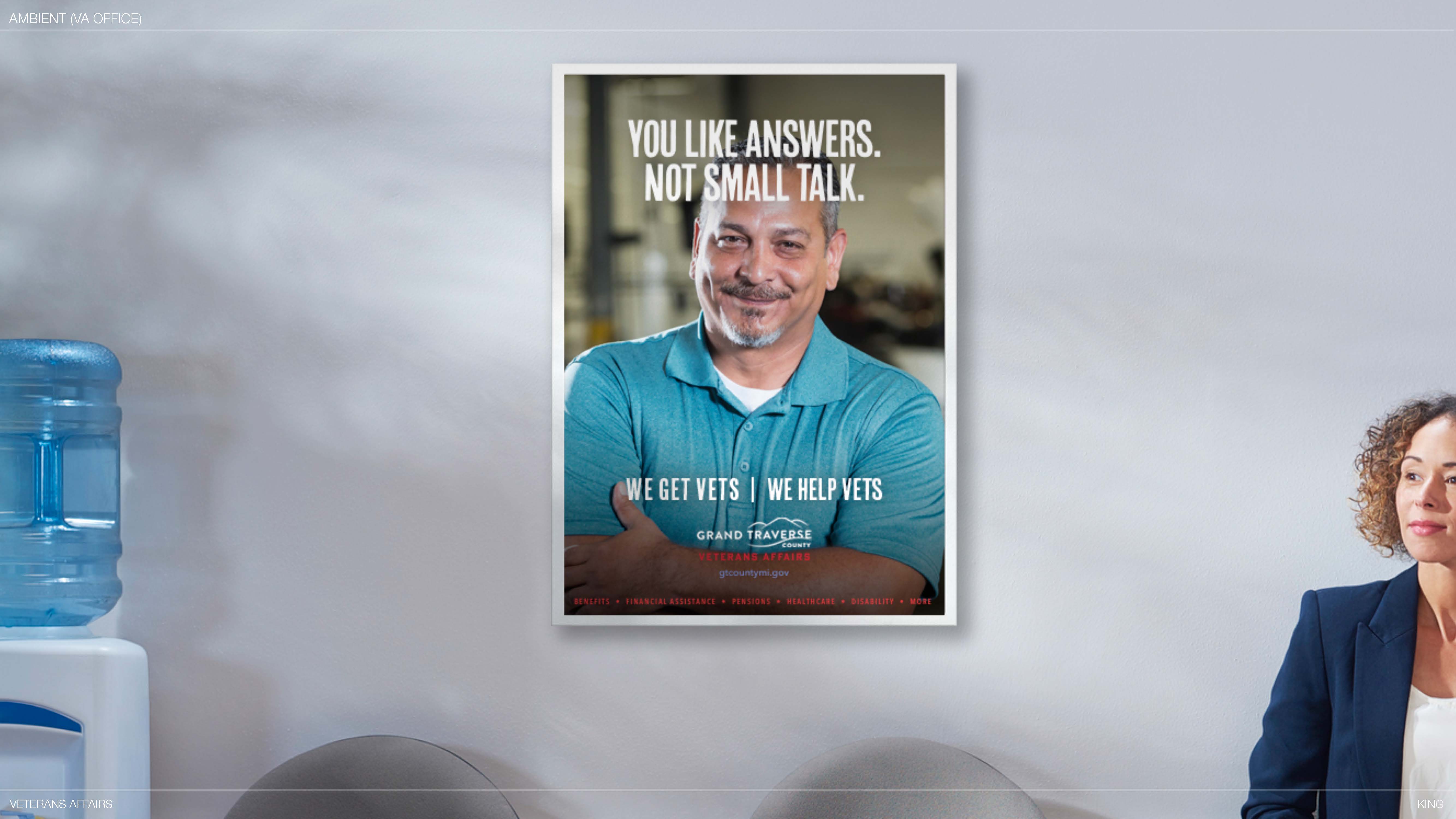