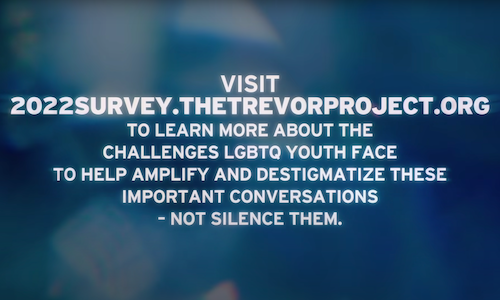 ‘Say Gay’ is a 2022 PSA released on RuPaul’s Drag Race platforms in partnership with The Trevor Project in response to the slate of anti-LGBT legislation in multiple states including Florida’s ‘Don’t Say Gay’ bill, now in effect. The PSA featured RuPaul’s Drag Race talent including BenDeLaCreme, Gigi Good, Kerry Colby and Nicky Doll candidly sharing their experience as queer people and the importance of not silencing these voices. The PSA pointed to The Trevor Project’s 2022 National Survey that sought to learn more from LGBTQ youth and help amplify important and challenging conversations. The PSA launched at the start of Pride Month in June, and received organic press including an exclusive with Out Magazine, plus Yahoo News, INTO and other news platforms. The PSA received over 200k views across RuPaul’s Drag Race social platforms, overwhelming positive fan sentiment, and drew considerable attention to the launch of Trevor’s important and impactful National Survey: https://www.thetrevorproject.org/survey-2022/

RuPaul’s Drag Race has a sizable and impactful platform that extends beyond reality television and calls attention to important issues. In the wake of anti-LGBT laws sweeping across the country, including Florida’s ‘Don’t Say Gay’ bill, the brand took a pointed and notable stand against this harmful legislation. The Trevor Project is an organization that has partnered with Drag Race before, and sought to make an important difference in the LGBTQ community. Partnering with Trevor to quickly respond to this legislation timed perfectly with the launch of Trevor’s 2022 National Survey amongst the backdrop of Pride Month 2022. But why this PSA specifically deserves to win is because of the group of four queens that came together to share their authentic stories and give a face and voice to the queer experience. In filming with the featured queens, we found it important to have the queens take the PSA script and make it their own so the truth of the message was effectively conveyed. A challenge presented itself during the editing process in boiling this incredible content down into a coherent and succinct short form message to keep audiences engaged until the CTA message at the end. Though this could have been a longer form piece of content, ultimately the message was for audiences to feel empowered saying ‘GAY,’ which was most effective in this form. RuPaul’s Drag Race is unique series regarding the considerable amount of LGBTQ people who work on the series both in front of and behind the camera; it is why it so important to respond to current events that directly touch the community and do so in a creative and engaging way. This PSA was both a labor of love and call to action that is inherently unique and an important piece of digital content.

Using the Drag Race platform to bring attention to an important topic was a key measure of success. Partnering with The Trevor Project was an essential step in making sure that our entertainment brand was amplifying an important social impact message to our millions of followers. We directed our highly engaged audience to the launch of Trevor’s 2022 National Survey and received organic press, which further amplified this important conversation. Launching the PSA during Pride Month 2022 while anti-LGBT legislation was quite literally being passed in various state legislatures only gave this undertaking more significance in a uniquely timely way. The Survey saw a direct spike in engagement with the launch of the PSA. The video has also exceeded over 200k views across RuPaul’s Drag Race social and digital platforms. 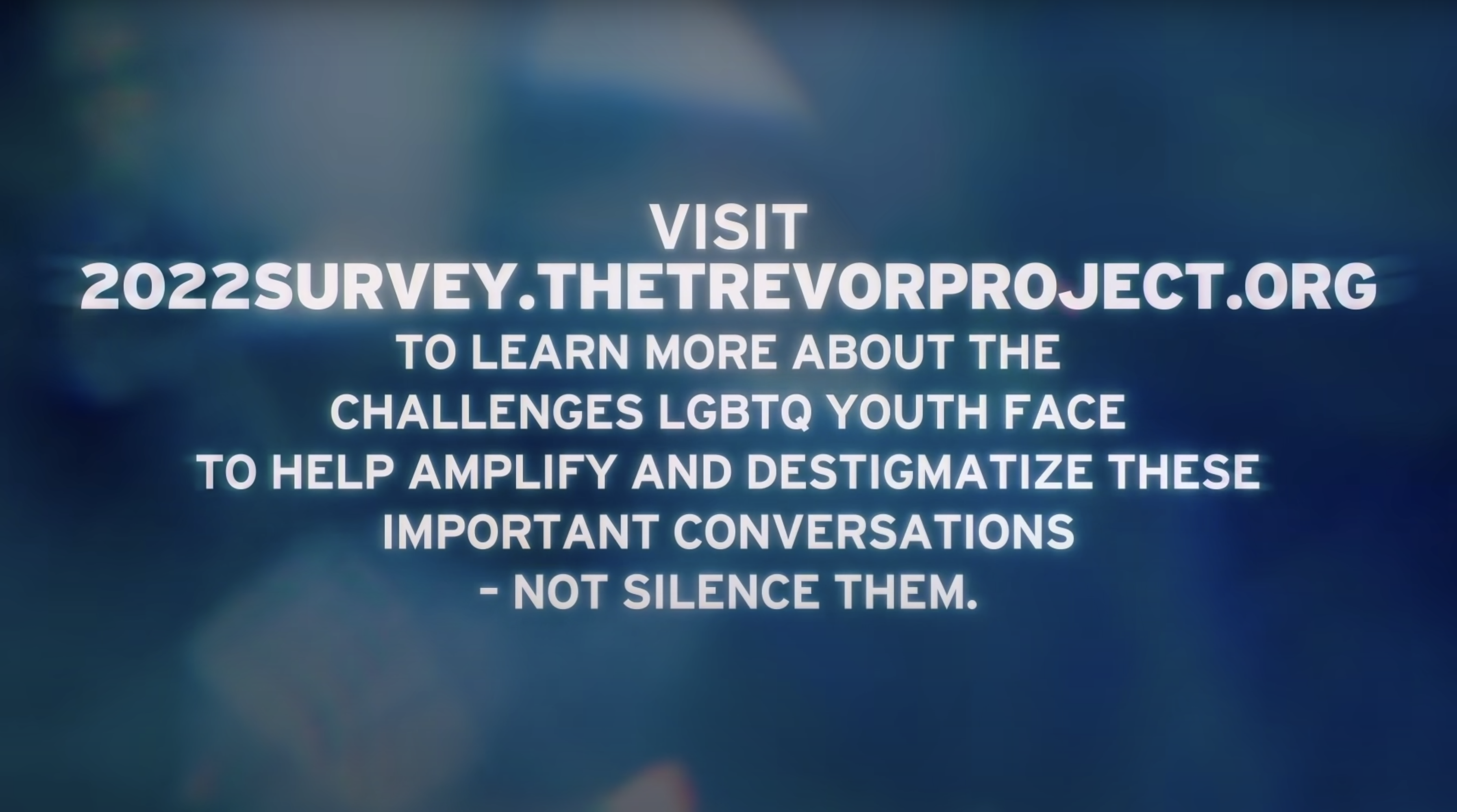