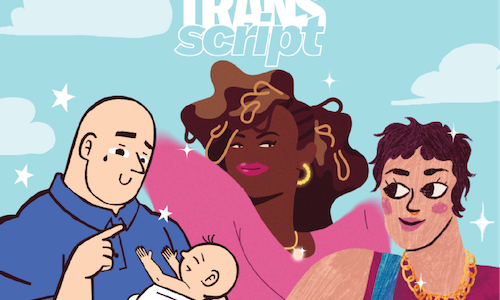 The rich dimensional lives of trans people were the subject of this integrated effort created by OBERLAND for ACLU, demonstrating “there’s more to trans than gender.” In a series of three videos under the campaign title “Trans Scripts,” as well as in social posts, audiograms and a special trans-focused website, the agency captured portraits of trans people living their full lives, not being marginalized into societal perceptions defined by ideology, politics or culture. The ACLU’s “Trans Scripts” campaign addressed the issue that trans people are often reduced to their medical/social/physical transition story. Its goal is to widen the lens on trans people's whole selves, changing the focus of the trans narrative in the process.

The campaign invited people to share their dreams and accomplishments precisely because they face widespread discrimination and ignorance. ACLU believes that transgender rights are human rights, and so they turned to OBERLAND to spread that essential truth.

The foundation of the campaign are the series of videos, all of which are based on live-action, real-person interviews with three trans people, whose stories are illustrated in the background with colorful, uplifting animation from the animation studio Hornet. Its stars are Mason, a man of trans experience who talks about becoming a father for the first time; Queen, a woman of trans experience who reveals the joy in becoming a new homeowner; and Paris, a non-binary writer, bartender and part-time drag king, who talks about how getting involved with tabletop role-playing games such as ‘Dungeons & Dragons’ helped them connect with a new passion and a new group of friends.

The objective was to show them not talking about struggles they’ve been through in terms of their gender or their transitions, but simply about their passions, joys and accomplishments as human beings. Especially as we see LGBTQ+ rights increasingly come under attack, it’s important for people to understand the trans experience in a different light and appreciate that there’s more to trans than gender. The agency tapped a creative and production team that included trans and non-binary people for this effort, to ensure that the work had a sense of authenticity.

The agency also created a Trans Pride Dictionary, which lives on Instagram. A glossary of emotions that captured the pure joy of being trans, it uses wordd and anecdotes gleaned from the experiences shared via the Trans Pride Timeline intake form to further illustrate moments in the lives of trans people.

The campaign generated such a strong positive response on social media that ACLU has commissioned OBERLAND to extend the concept and create longer-form stories under the same umbrella. 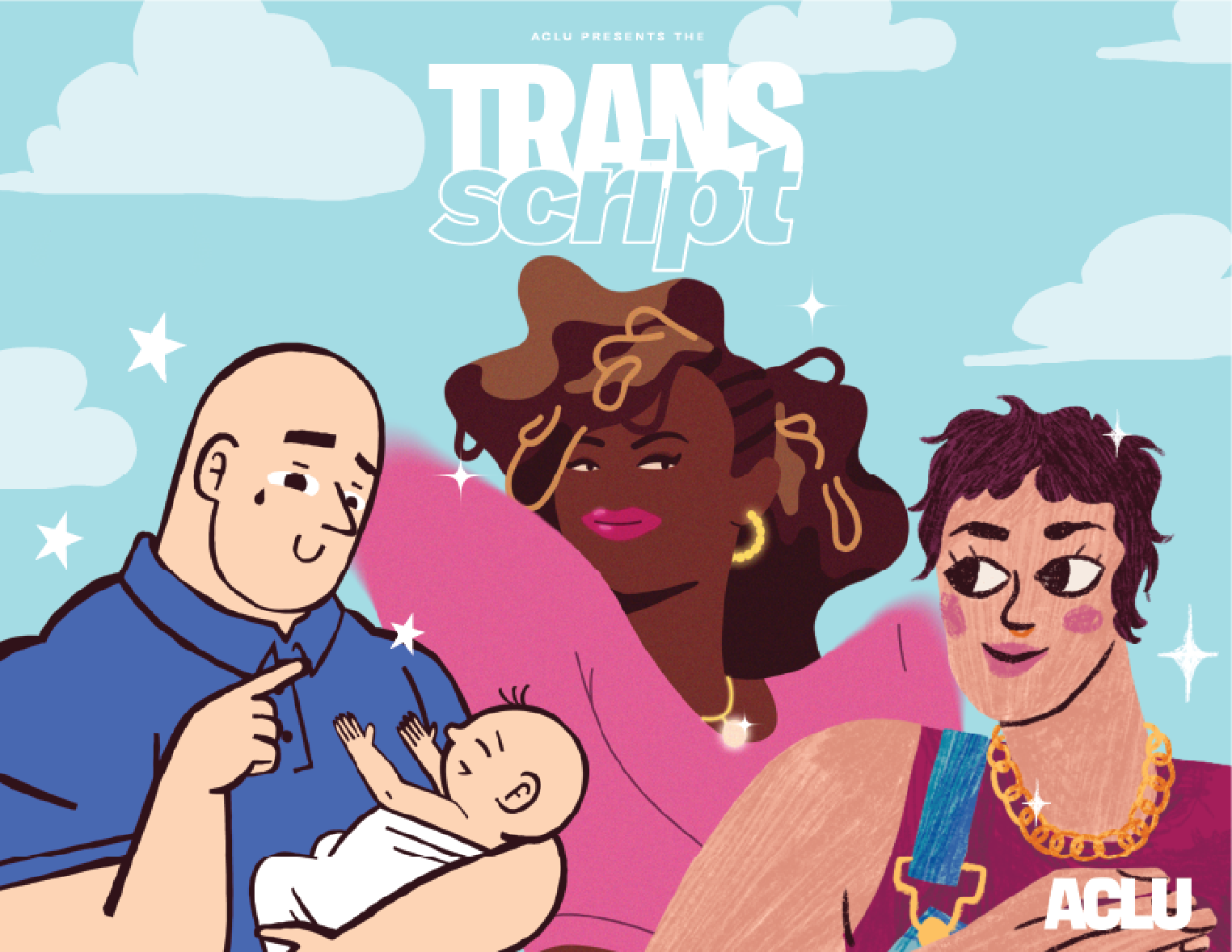 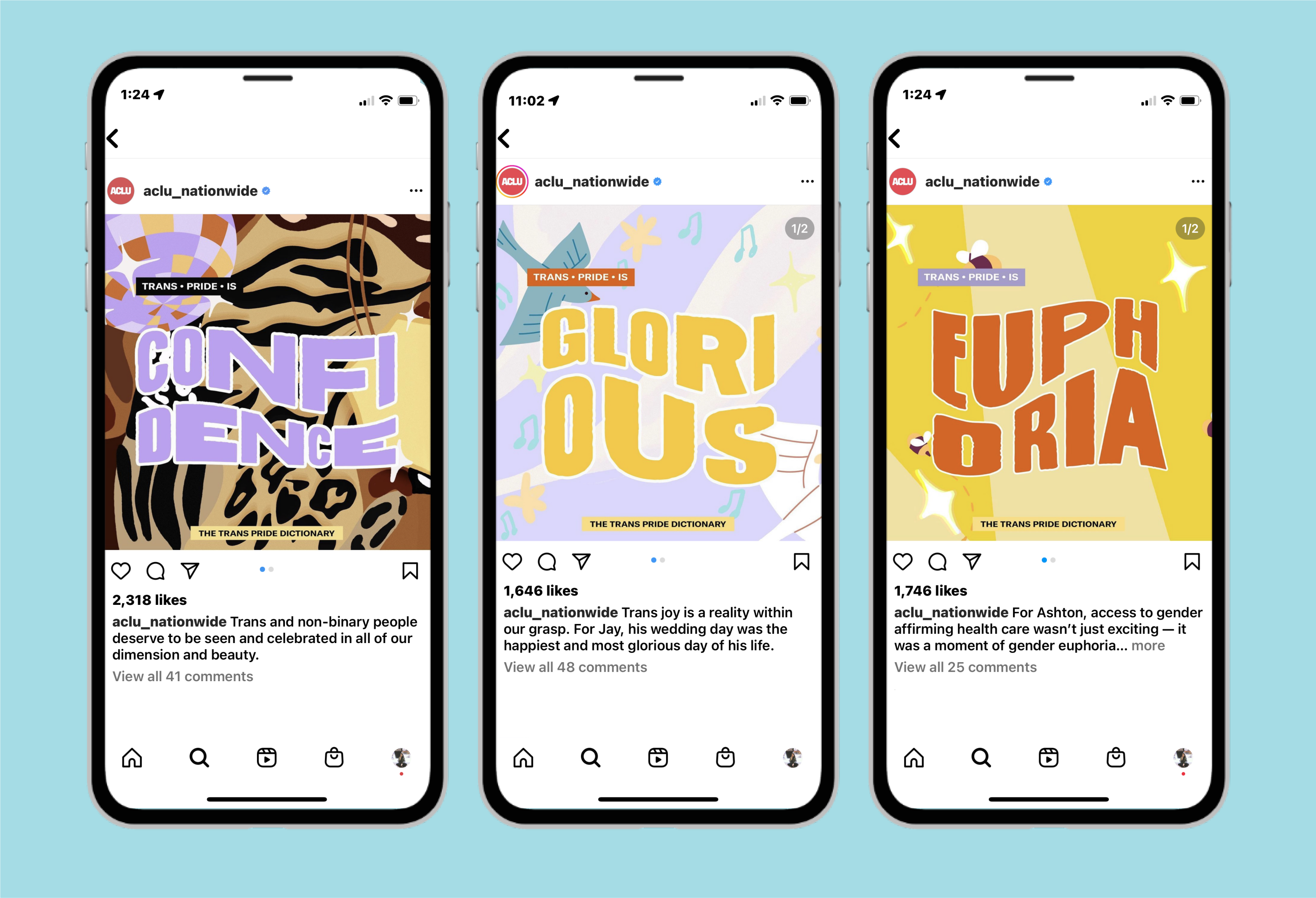 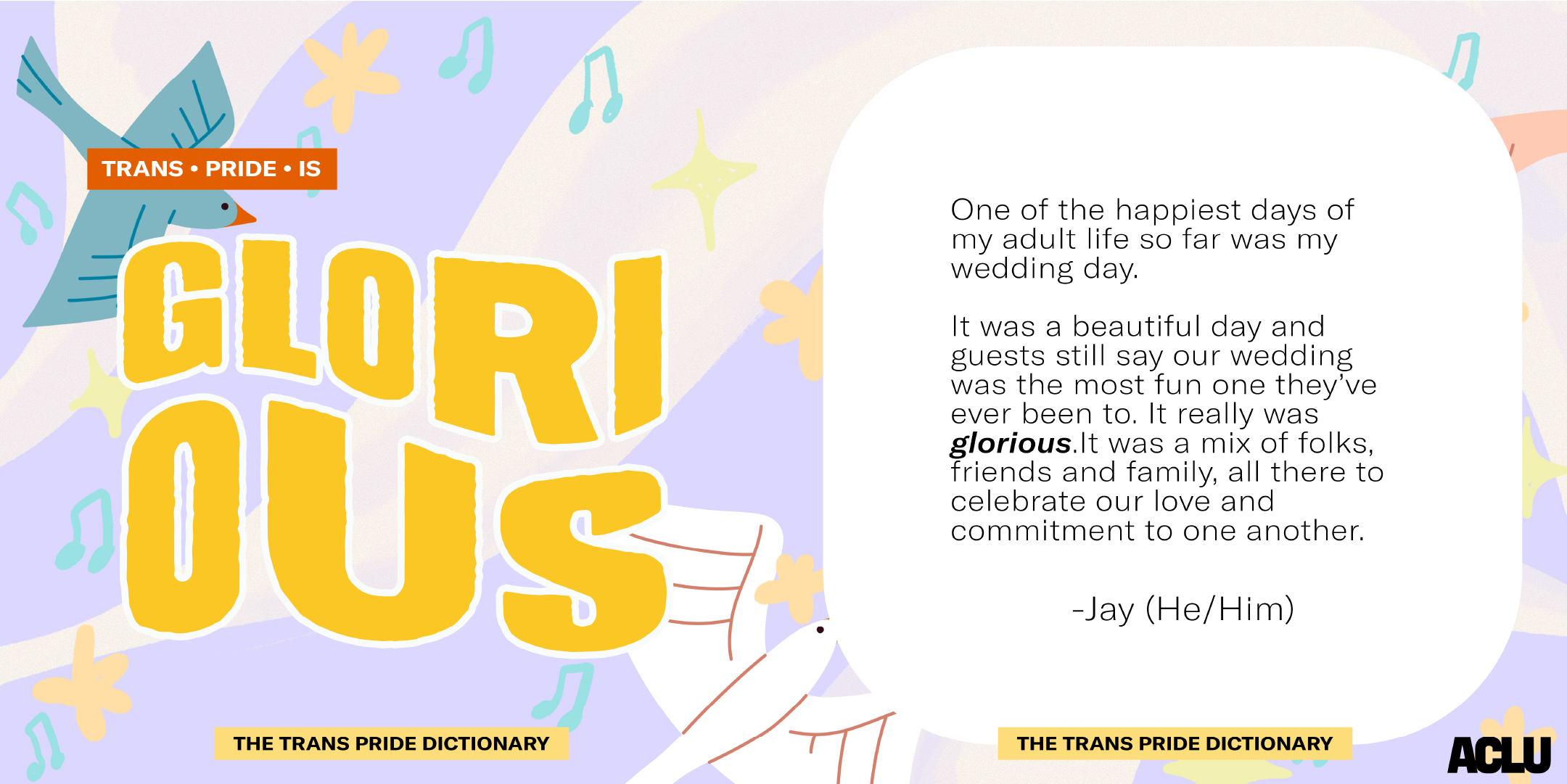 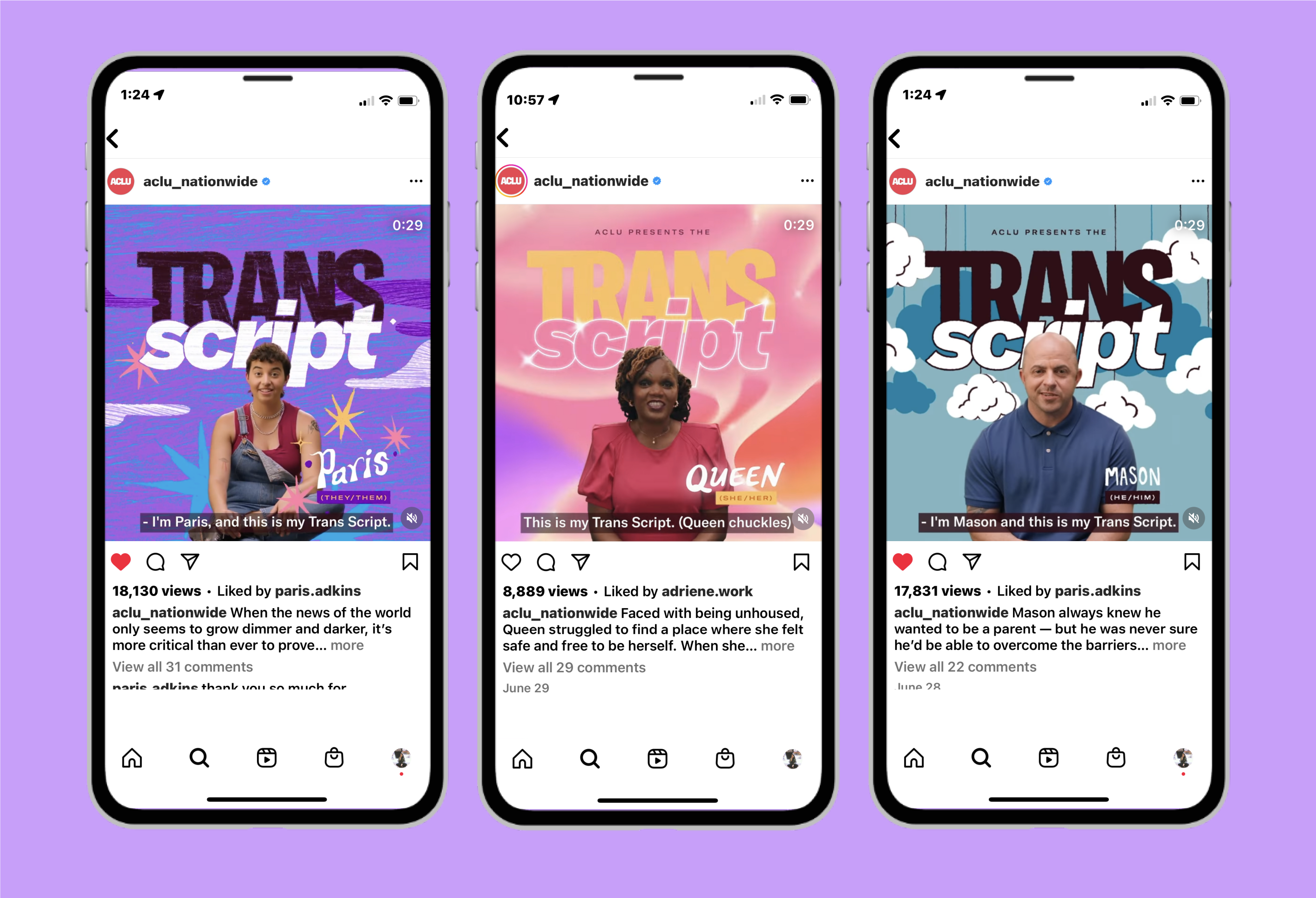 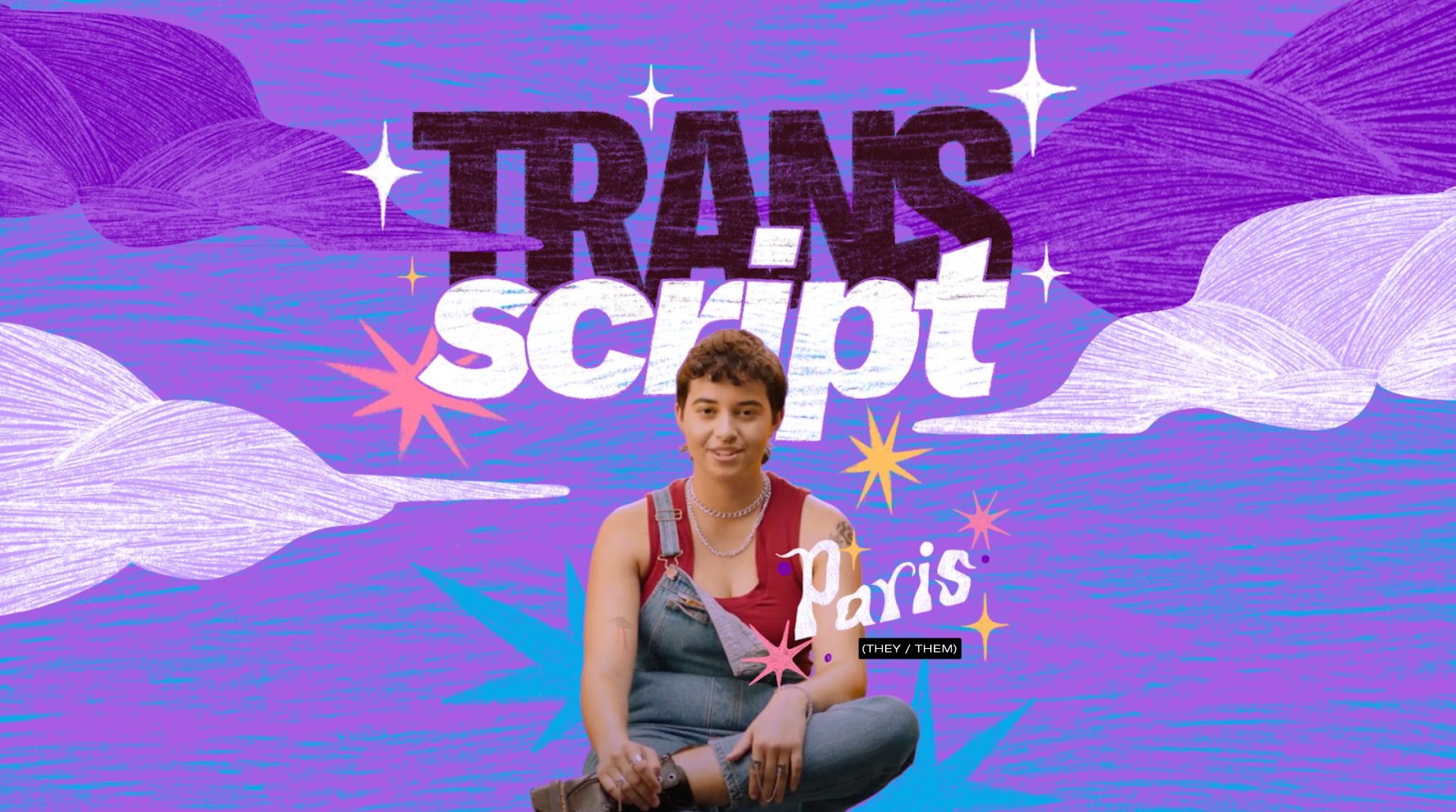 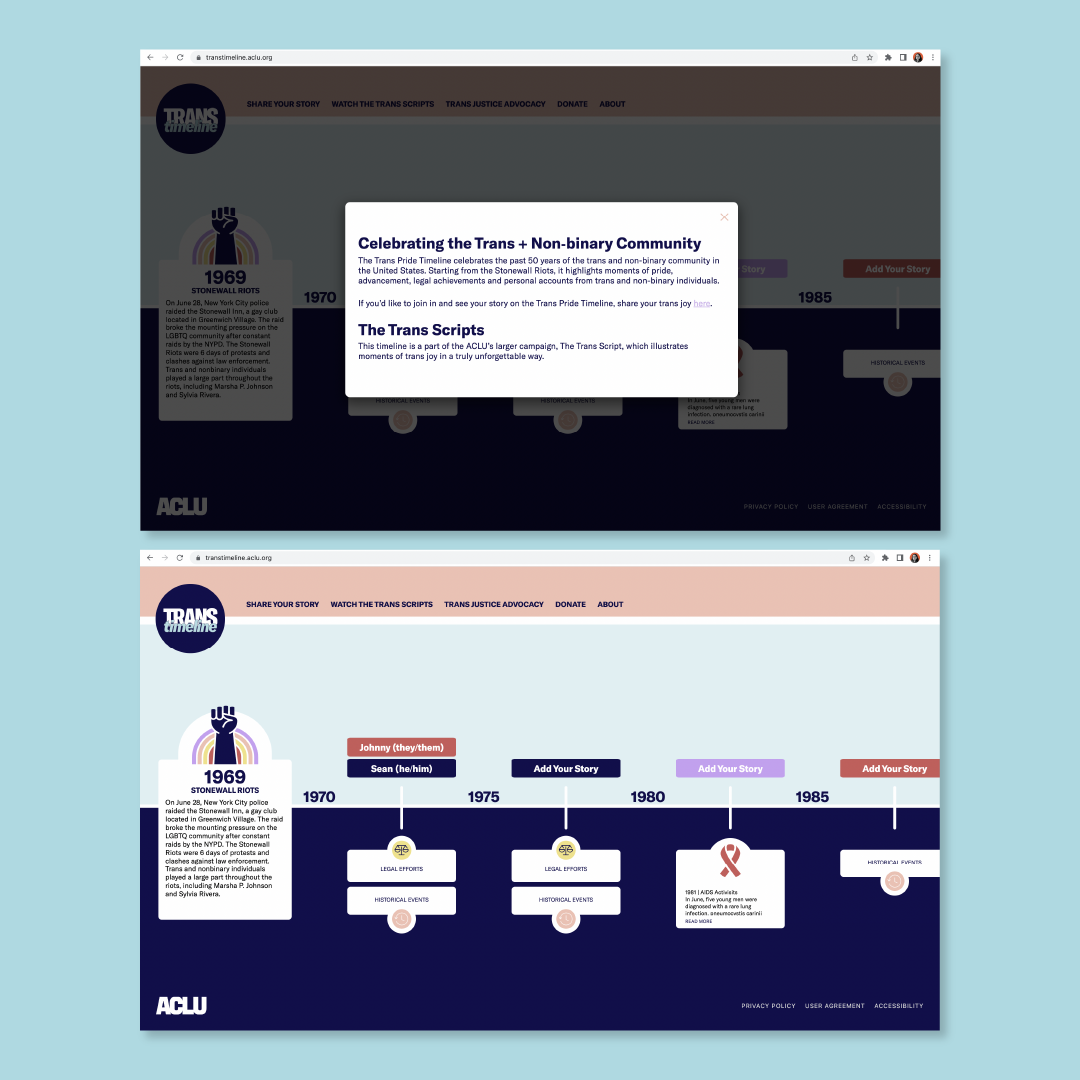