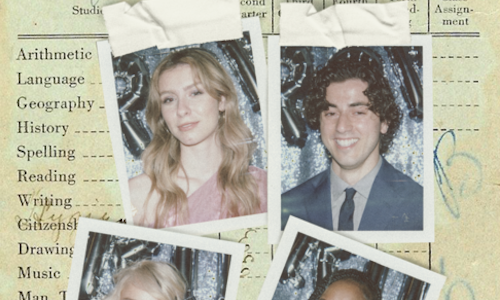 To Be Seen is a groundbreaking awareness campaign that casts a revelatory spotlight on the lives of those living with chronic “invisible” illnesses. These debilitating conditions include Chron’s Disease, POTS, Type-1 Diabetes, Colitis, Chronic Fatigue Syndrome, and MS. Most of the people suffering from these illnesses suffer in silence their entire lives. Until now…

Those with these chronic illnesses say they feel invisible. #ToBeSeen is the first brand campaign to shine a light on the isolation that those living with these conditions experience every day. This campaign culminates a three-year effort by Buoy Hydration to learn about chronic illness culture - and how a brand can step in and help make a difference.

The To Be Seen campaign includes a cinematic short film, deep discounts on Buoy products reserved specifically for people with chronic illnesses, and a video-clip movement on TikTok to help amplify awareness and show how large this community is.

Speaking up about these conditions takes a tremendous amount of courage and vulnerability. Our society hasn’t always created the space to listen and learn from those impacted by these illnesses, many of whom are our neighbors and friends. To Be Seen is creating that space - and pushing conversations about chronic illnesses to the forefront of our culture for the first time.

Ultimately, the goal of this campaign is for this community To Be Seen.

After much brainstorming and insights from myriad resources, the Buoy team decided that producing a short film would be one of the most impactful ways to document the day-to-day challenges people who “hide” their illnesses face. Bringing their journeys to life, visually, but in a fun, engaging manner, would be the most authentic way to raise awareness about the larger societal issues while making the experience relatable to everyone.

There was also a team consensus that using professional actors wouldn’t be authentic. But how could we produce a film without them?  Thus began a quest to identify four content creators who were successfully speaking candidly about their afflictions and upending chronic illness culture on TikTok.  These creators would be our “actors”.

It was also decided that the Buoy Hydration product not make an appearance in the film because the purpose of the campaign wasn’t to push product on people. Instead, we took real stories from real lives and incorporated them into a coherent story about chronic illness awareness.

It was no easy task. Storyboard after storyboard was share and modified.  Story angles explored and adapted.  Locations secured and script finalized.

Other production challenges included working in 16mm film and securing film stock from Kodak, identifying the right creative agency to partner with, locating a venue for the campaign’s “world premiere”, and making sure the right people were in attendance to help us with the mission.

We ultimately created this campaign because we wanted to reach a group of people who are silently struggling. We wanted them to know that they are not alone in this battle. In the end, To Be Seen is not about Buoy or introducing people to our product - it is about giving a voice to chronic illness warriors and amplifying their message to the masses.

Why start this campaign? Why the focus on chronic illness?  One of our first customers was a mother whose teenage daughter had been recently diagnosed with POTS. She used to take 5L of SmartWater to high school every day. Using Buoy Hydration drops, she was able to reduce it to just one 1L bottle a day – while dramatically reducing her number of episodes.

Soon, people from other chronic illness communities contacted us at Buoy. Why? Because we don’t incorporate inflammatory ingredients like sugar, stevia, natural flavors, dextrose, and artificial additives into our hydration aid. It was after hearing from these customers and seeing the impact Buoy had in improving their lives, that we knew that we wanted to work more with the chronic illness community and help them lead “more visible” lives.

It was clear that our work made an impact when we were at the film's premiere at the Melrose Rooftop Theater in Los Angeles this past July. When we looked around at the actors and the guests it was clear that our mission to bring people together to shed light on chronic illnesses was coming true.

We will always continue speaking up for those who haven’t been heard the impact chronic illness has on so many people in our lives. Neighbors, family members, classmates, co-workers and friends.

Our efforts are a success because it has already begun to stir the conversation about invisible illness. This campaign doesn’t end when the movie ends - the short film is just a starting point for us as we continue to push the conversation of chronic illness to the front of our culture. We look forward to other silent warriors sharing their voice on TikTok and duetting our #ToBeSeen post where users can share their own chronic illness experience.

Video for To Be Seen 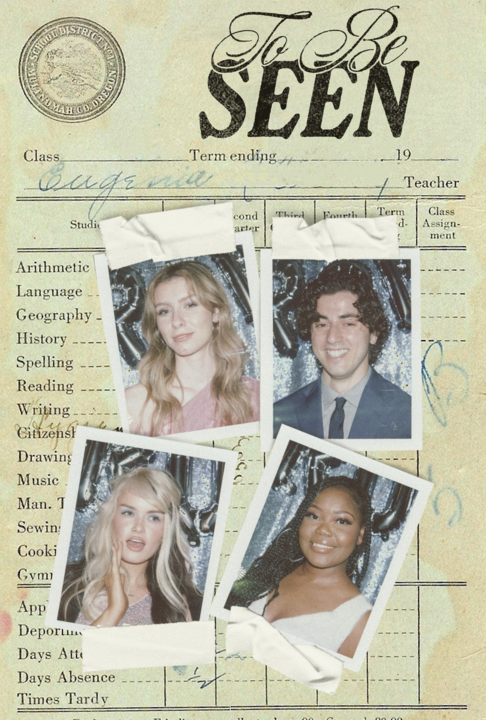