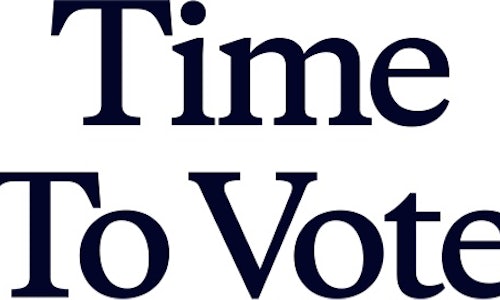 Time To Vote is a nonpartisan initiative led by Patagonia, Levis, and PayPal to urge companies of all sizes to give employees paid time off on Election Day. It was created to help ensure employees across America don't have to choose between voting and earning a paycheck. Participation includes giving employees access to and information about early voting or vote-by-mail options, offering paid time off on Election Day or making it a day without meetings.

Ultimately, Time to Vote was looking to develop a site that would be able to reach and inspire companies, advocates, and voters across the country.

“Voting is a fundamental right enshrined by our founders, fought for by generations of civil rights activists, and defended by the brave men and women of our military,” said Corley Kenna, head of communications and policy at Patagonia, one of the founders of Time To Vote. “We want everyone to show up—our employees, customers, neighbors, friends, and even those who disagree with us—everyone. All of us benefit from living in a free and democratic society.”

The Time to Vote initiative was created to help ensure employees across America don't have to choose between voting and earning a paycheck. The initiative addresses the importance of all companies, regardless of size, to allow their employees paid time off on Election Day.

One of the most common reasons for not voting is that people are too busy with work.

The US lags far behind most other developed countries when it comes to voter turnout. Only 55.7% of Americans voted in the 2016 presidential election, and even less of the population, 36.4%, voted in 2014, according to the Pew Research Center.

Election Day falls on Tuesdays in the U.S. and it is not a federal holiday. This has presented a dilemma for many workers who don’t get paid time off to go to polling places and wait in line. While early voting and mail-in voting gives citizens more flexibility, not all states offer these options.

Ahead of the 2020 election, Time To Vote wanted to create a site for businesses to pledge their commitment to giving employees paid time from work to vote. The organization also wanted to publicly provide resources about Election day, early voting, and vote-by-mail options.

In 2016, Patagonia gave all of its employees in the United States the day off to vote in the presidential elections. Realizing that 35 percent of eligible voters are unable to vote due to their work or school schedules, the company formalized the push for the 2018 midterms, eventually enlisting 411 companies representing over 2 million employees in a non-partisan campaign called Time To Vote.

Countable’s platform was utilized because it features expert support and a turn-key solution for community engagement, activation, and impact. It made it easy for Time To Vote to receive and approve pledges from companies. Once approved, companies gained access to resources about empowering employees to vote.

An accompanying public hub provided by Countable made it possible for Time To Vote to provide voting resources publicly.

Countable’s Resource Impact Site provided Time to Vote with a built-in approval workflow. Companies were required to pledge to join the initiative and campaign leaders were able to approve sign-ups on a case-by-case basis, therefore eliminating spam.

Through the Time To Vote initiative, companies have now made a commitment to ensure that their employees have a work schedule that allows them time to vote on Election Day.

Prior to the 2020 election Time To Vote reached over 1,960 member companies via their Impact Site. The initiative ensured over 9,400,000 employees were guaranteed time to vote, including over 3 million from Fortune 100 companies such as Walmart, Target, Best Buy, Akamai, JP Morgan Chase, Gap, Kate Spade, Aflac, and Best Buy.

The initiative amassed widespread press media attention and was featured in the New York Times, the Wall Street Journal, and the Associated Press. In total, the initiative garnered over 500 press mentions.

In addition to the significant media coverage, Time To Vote also received accolades from the John F. Kennedy School of Government at Harvard University and the Brennan Center for Justice.

Over 155 million Americans Voted in 2020, the largest total voter turnout in U.S. history.

Time To Vote continues to grow and has added several additional companies since 2020. It hopes to provide more voter access as the country is now undergoing the midterm election cycle in 2022.

The movement demonstrates the power of what the business community can achieve when it works to address the most significant issues of our time. Together, we can have an even greater impact. 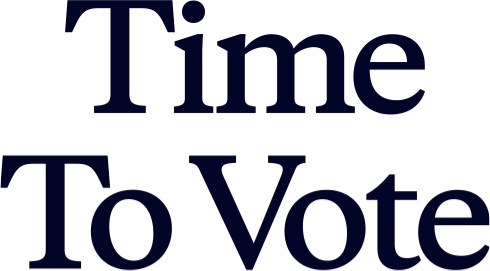