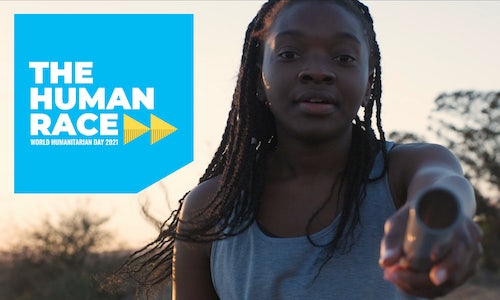 World Humanitarian Day is an annual flagship day on the UN calendar. In 2021, the focus for our client, UN OCHA, was the devastating humanitarian effect of the climate crisis.

Climate disasters doubled in the last 20 years. As a result, millions of people are losing their homes, livelihoods, and lives. All while world leaders are yet to deliver on their promise of $100B annually to help in the race against the climate crisis. For World Humanitarian Day, we needed people from every corner of the globe to show their humanity, hold world leaders accountable and take up the baton for the most important race of our lives – a STRAVA race for humanity, by humanity: #TheHumanRace.

We needed a campaign that educated the public about the human toll of the climate crisis, and for them to take an active stand and add their voices to the chorus calling for world leaders to honour their promise of $100B annually for climate action. We needed them to do 100min of racing for #TheHumanRace.

The results of our campaign were captured in a video piece and taken to COP26 where our client presented it to world leaders.

Action speaks louder than words and we wanted to counter world leaders’ unfulfilled pledge with real, tangible action and in doing so, pressure them to follow the public example and put their promise into practice.

Partnering with Strava, we set a global exercise challenge – 100 minutes for $100B – with every stride and stroke [29 sporting types, in fact!] becoming a call for world leaders to honour their pledge ahead of the UN’s climate summit, COP26, in Glasgow.

Getting out of the starting blocks, #TheHumanRace ran across various platforms in six different languages. A multi-pronged approach allowed us to expand our reach and make #TheHumanRace a truly global campaign.

Splitting the influencer part of our campaign for two distinct target markets allowed us to 1) authentically use the voices of athletes from climate-affected areas [the likes of former world champ Haile Gebreselasie from Ethiopia] to speak to an active community who regularly used Strava and 2) use legitimate climate activists to drum up support for #TheHumanRace across their networks.

Other celebs – even the Pope – added their voices to getting #TheHumanRace active in the fight for the most vulnerable to the climate crisis.

A campaign microsite also allowed people who were unable to physically participate to pledge their support and learn more about the importance of #TheHumanRace.

Four ‘made for social media’ films showed the very real and very human impact of the climate crisis on people from different parts of the world.

One month into our campaign, at a time when the climate crisis was making headlines, we reached 2 billion people, featured on global news channels and decorated the world’s tallest building, the Burj Khalifa with our campaign logo and CTA.

But any campaign can get big reach. What we got was global action...

571 782 people completed the Strava challenge. But they didn’t stop at only 100 minutes. From more than 185 counties, our participants averaged 720 minutes for a total of 6 800 000 hours or 777 years of activity [and that in only two weeks of the live Strava challenge!]

UN OCHA took the combined voices of #TheHumanRace to the UN’s Climate Summit. The result broke even more records, almost quadrupling our initial ask, raising $369bn for climate action and the most vulnerable people affected by the crisis. 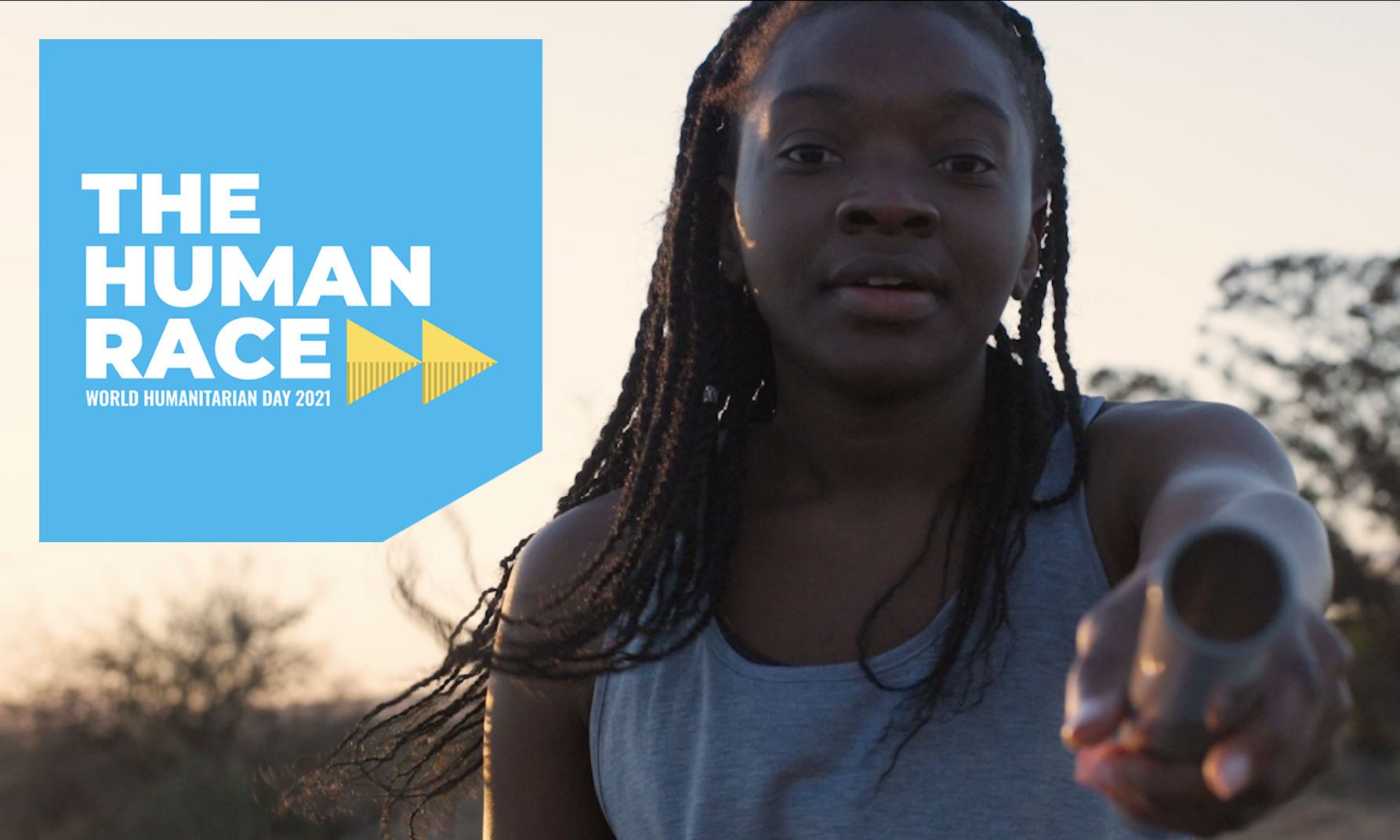 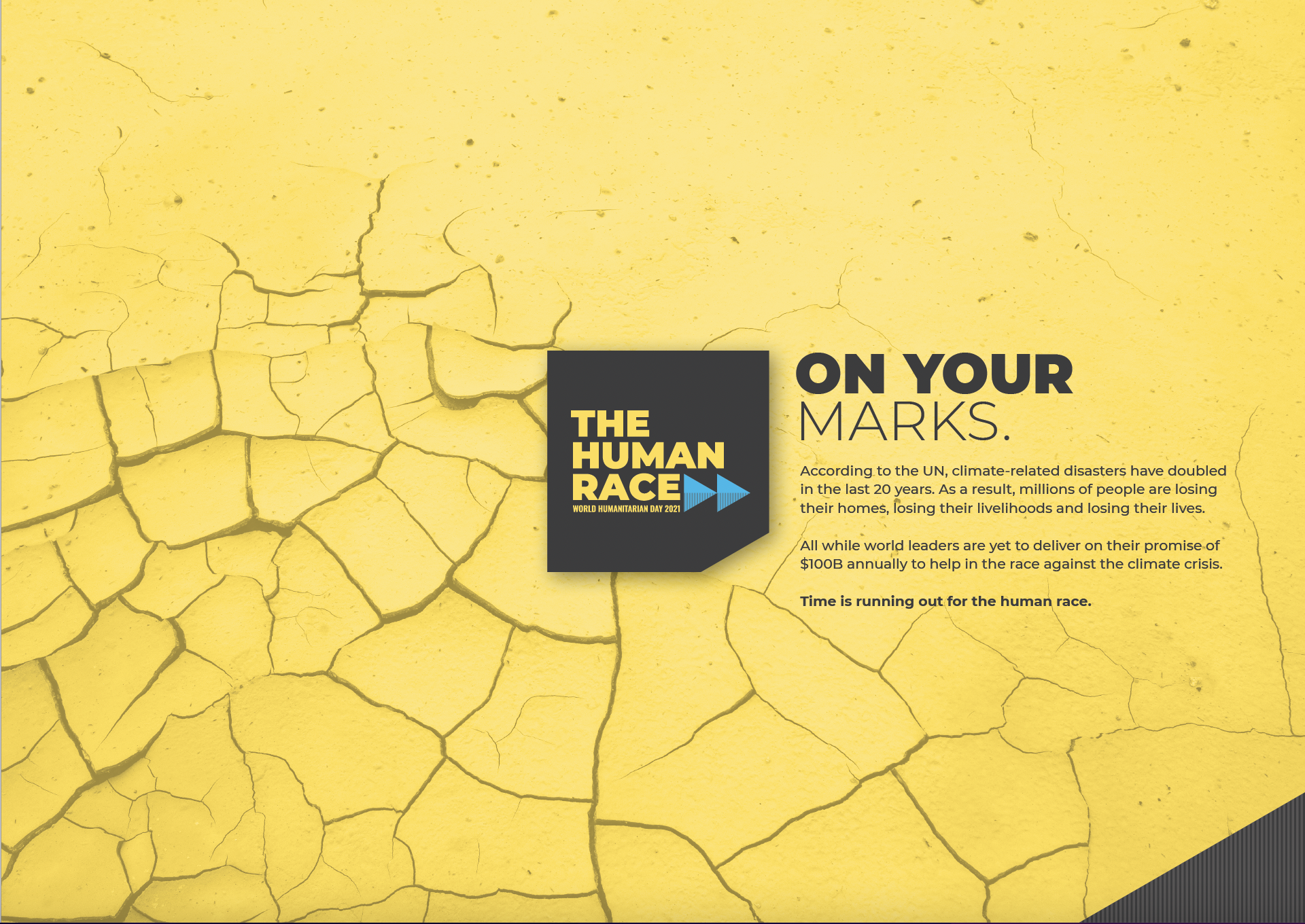 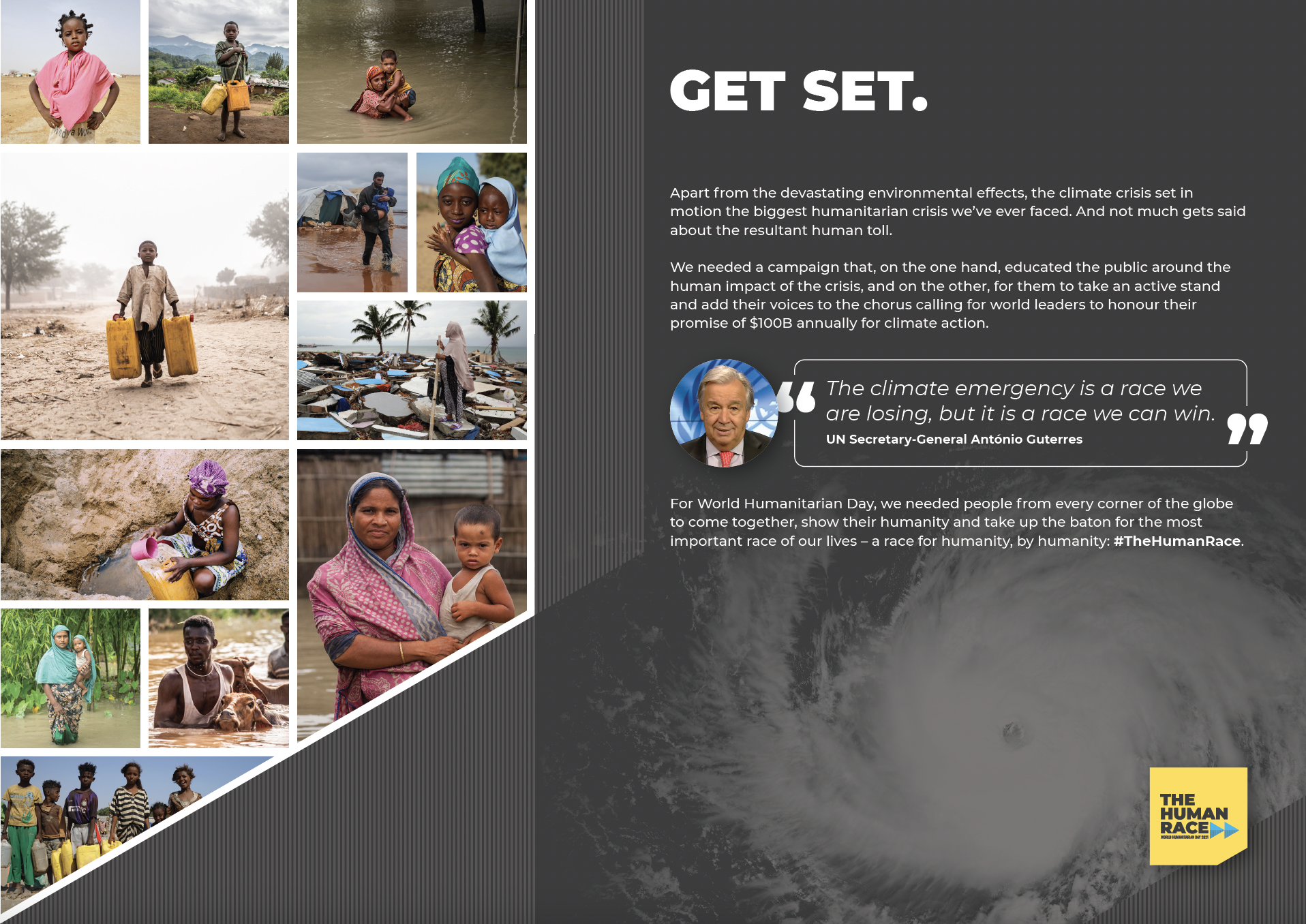 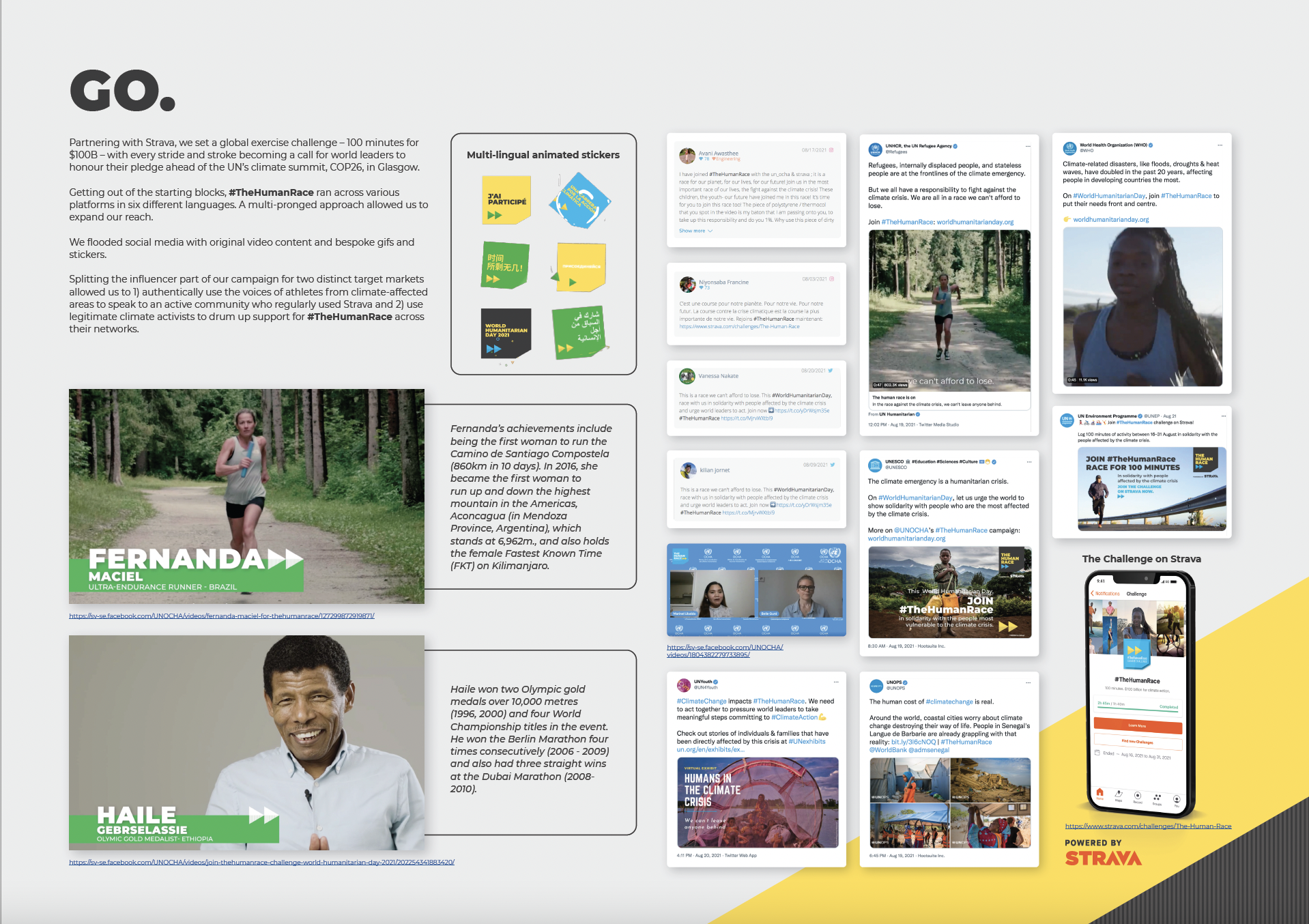 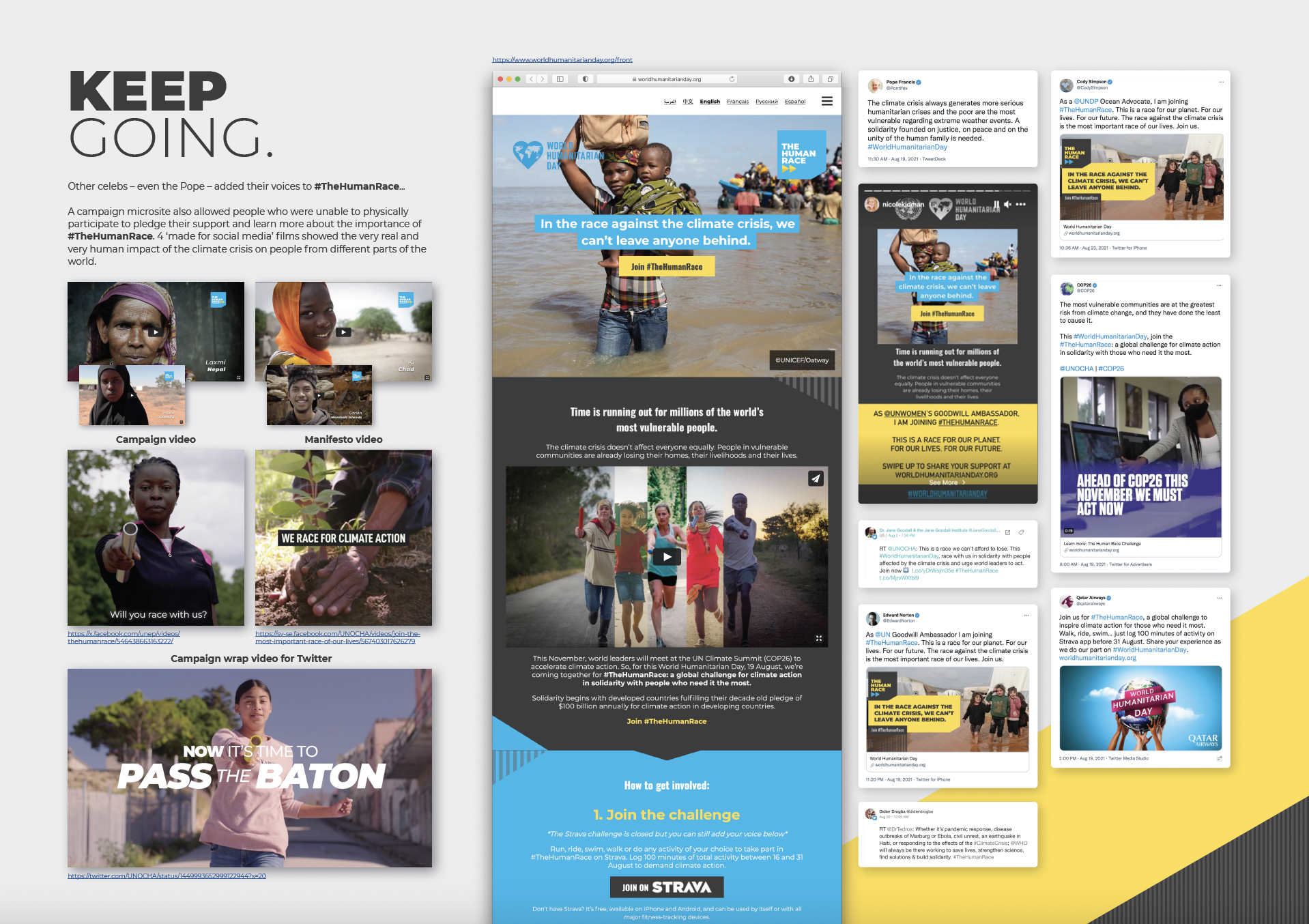 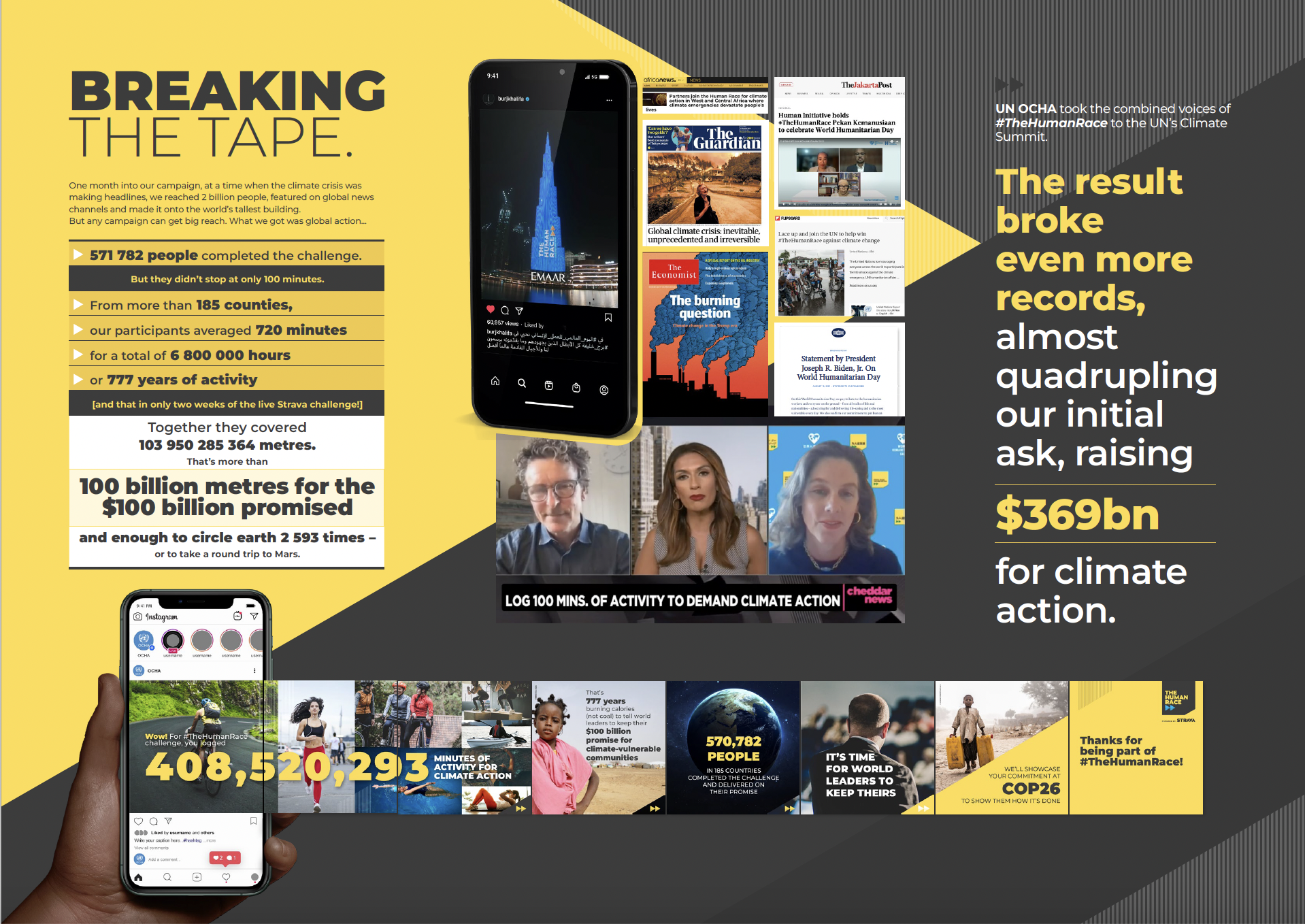