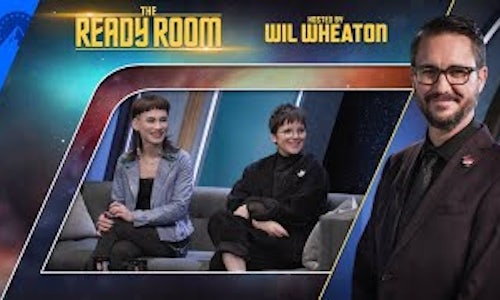 Paramount+’s “Star Trek: The Ready Room” is an aftershow program originally made for Facebook Live. Wil Wheaton, who played Wesley Crusher on Star Trek: The Next Generation and is a Trekkie in his own right, hosts the show and discusses episodes of Paramount+’s streamed Star Trek programs. The Ready Room is available to stream on Youtube, Facebook, Instagram, and ParamountPlus.com.

The aftershow's honest and passionate approach to all things Star Trek is obvious immediately and consistently, from Wil's hosting panache to the star-studded panel of guests who make appearances on the talk show-style program. Every guest brings an air of candidness with their excitement regarding their roles in Star Trek history, and seem elated at building meaningful connections with the Star Trek cast, crew, and fandom. Behind-the-scenes content and cast interviews allow for an unrivaled fan experience for Trekkies and curious new audiences alike.

"The Ready Room" sets out to engage with the Star Trek fandom and the talent of the franchise, both on-screen and behind the scenes. Acting as a sort of liaison for the fandom as a whole, host Wil Wheaton engages in sometimes jovial, sometimes emotional conversations with Star Trek alumni to discuss their history with the series. Some of the many topics broached on the show are the challenges of expectation, fighting for representation even amid vocal hate, and the overall atmosphere of working on such a legacy property.

Wil lends an air of grace and honesty to the role of host, and his knowledge of the franchise and the past work of each guest allows him to present himself to viewers as a sort of stand-in for themselves, asking the questions that they might. Extending the interaction between the show and its viewership, there are occasional quizzes, trivia segments, episode previews, and recaps where Wil talks directly to the camera. This kind of welcoming atmosphere adds a sense of semi-casual camaraderie to the show.

With this episode, featuring Blu Del Barrio and Ian Alexander, audiences are invited to listen to the tales of struggle and acceptance of two trans actors that have made a significant impact in the world and fandom of Star Trek.

Paramount+'s "The Ready Room" has already accomplished some of what it set out to do, including being a full and complete replacement for the earlier "After Trek" after-show which has a similar premise. In addition to providing all of what that earlier show had to offer, "The Ready Room" has gone on to cement itself as a natural and essential part of the Star Trek battery of content. With Wil Wheaton's hosting skills being front and foremost among the newer show's offerings, coupled with the unique, memorable, and exclusive interviews of Star Trek guests, this Star Trek aftershow has proven itself to be the de facto source for behind-the-scenes Trek content.

Currently airing its fourth season of episodes, and covering all other currently airing Star Trek shows, "The Ready Room" promises to remain a constant presence on Paramount+.

Video for The Ready Room 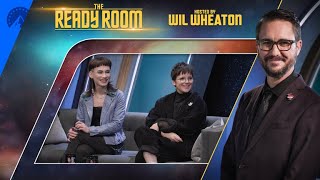