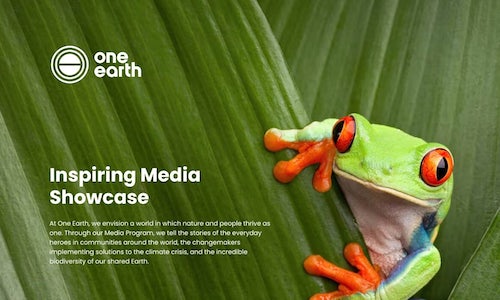 Climate Nihilism has, unfortunately, gone viral, especially among the younger generations. Current studies show that, while most people understand that climate change is happening, many believe that worst-case scenarios are likely, and some believe it’s already too late. A few years ago, “climate deniers” were derailing progress, but today the greatest threat to solving climate change is a sense of hopelessness.

Yes, climate news is often depressing and terrifying. Every new report and study that comes out makes it clear how close we are to total environmental catastrophe. But we cannot frighten people into action, only despair. The good news is that the solutions for the climate crisis already exist! The latest science spearheaded by One Earth shows we can, in fact, achieve the 1.5°C goal, and there are millions of people and organizations around the world who are already driving this transformative change. With proper resources and support, these efforts can quickly build momentum and play a critical role in solving the environmental crises that we face.

We need everyone to know that the 1.5°C goal is achievable if we act together with focus and determination. In an effort to spark this level of collective action and to combat the doom and gloom of most climate communications, One Earth produces short-form videos that highlight the stories of the everyday heroes in communities around the world, the changemakers implementing solutions to the climate crisis, and the incredible biodiversity of our shared planet Earth.

Earlier this year, we launched our Inspiring Media Showcase, which aggregates and organizes all of One Earth’s uplifting video content on climate solutions, conservation wins, environmental heroes, and biodiversity into eight easy-to-view categories. Our mission is to utilize the power of video to educate, inspire, and grow a global community of people advocating for climate solutions in every bioregion of the world, ultimately mobilizing everyone to become a climate champion.

At One Earth, we believe it’s possible to solve the climate crisis, and we have a unique model that drives this optimism. Our communications program focuses on building a new narrative on climate, one that is focused on climate solutions, conservation wins, and the everyday heroes all around us. A narrative that seeks to inspire people into action rather than paralyze them with fear.

In our social media-driven world, successful communication lies in the ability to condense information into easily digestible snippets of content long enough to maintain peoples’ attention but short enough to leave them curious to learn more. This is why video content has become so essential. Video allows you to be concise and capture viewers’ interest in the first few seconds. You will also be far more likely to connect on an emotional level with your audience by leveraging video over other types of media content. Video—short-form in particular—is unparalleled in its ability to bring the viewer into your world and to tell the relevant stories that educate and inspire.

Realizing the crucial role that short-form videos could play in helping us achieve our goals and the growing public appetite for solutions-focused, scientifically-driven, inspiring content, One Earth formally launched our video program in 2020.

To date, One Earth has produced over 140 unique videos in over 650 formats (to fit the various social media platform requirements), highlighting climate solutions and conservation success stories around the world that demonstrate the transformation already underway to a future in which nature and all people can coexist and thrive together.

We’ve partnered with a number of mission-aligned organizations to co-produce videos, including the UNDP, Mongabay, AVAAZ, The Ellen Fund, Google Earth, Globaia, and Wildlife Conservation Network, among others.

Whi;e we regularly post our video content across our social media platforms and our websites, we wanted to bring the content together into one cohesive and categorized showcase that viewers can visit to learn about the breathtaking biodiversity of the Earth, watch inspiring stories of environmental heroes, and find critical climate solutions that need support.

One Earth is one of the few environmental nonprofit organizations that regularly produce high-quality video content in-house. We made a strategic choice early on to invest in building out our small but scrappy video production team, and now we're able to produce inspiring video content quickly and consistently, for ourselves and our partners, without having to rely on outside firms or agencies. It's also given us the ability to quickly adapt to the ever-changing rules of social media algorithms—while the platforms continue to try to outdo each other.

This video-first strategy has been incredibly successful. In February of 2022, One Earth's Instagram channel was featured in the Instagram Reels Playbook, the official instruction manual on how to create effective and engaging reels. We were one of just eight channels featured in the digital playbook, which was translated into over 20 languages. This is a testament to how well our communications team was able to quickly adapt to Instagram’s announcement at the beginning of the year that they would be prioritizing reels above everything else. We pivoted our video production immediately to align with this new direction.

One Earth also produced the announcement video for New Big 5 of Wildlife Photography, a campaign launched in partnership with the Ellen Fund and over 120 wildlife photographers around the world. The video announced the winners of the year-long vote campaign to find five animals that would replace the traditional "Big 5" of hunting. The campaign was featured on BBC and was covered in over 60 publications, including The Guardian, National Geographic, and Forbes, and garnered well over 1.5 billion media impressions.

One Earth’s Inspiring Media Showcase is well positioned to continue to build a broad public movement of engaged and optimistic changemakers inspired into collective action.

Together, we can solve the climate crisis. 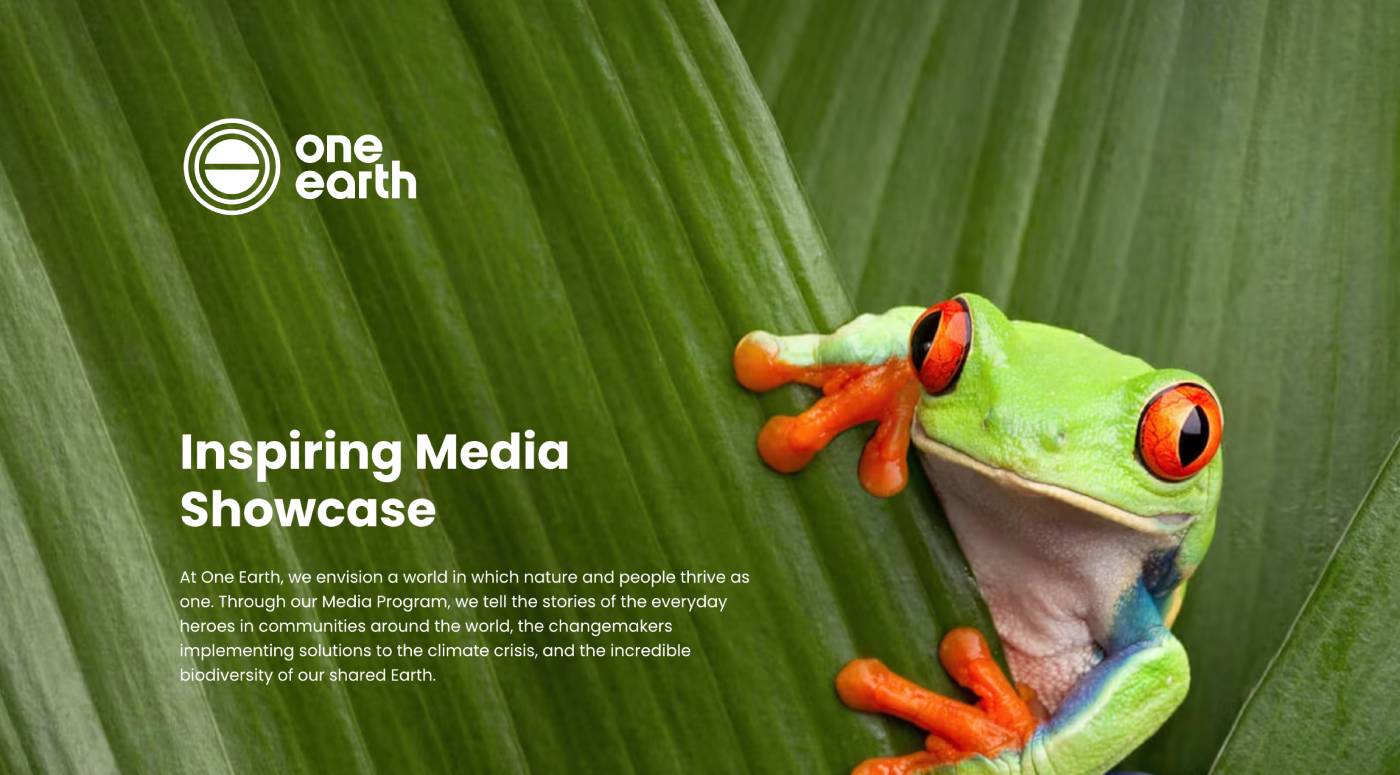