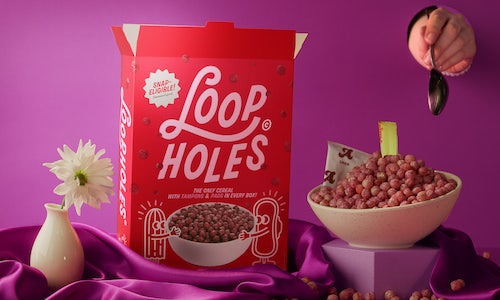 While period poverty is a global issue, there are unique conditions and systemic limitations of U.S. social and government programs that perpetuate period poverty within the United States.

Beyond pink tax hikes on feminine hygiene products that impact those who can afford products, nearly 1 in 4 menstruators in the US cannot afford period care at all, forcing many to miss school, work, and choose between purchasing period products or food.

Unfortunately, there currently are no federal benefits programs to help - however, U.S. Representative Grace Meng’s comprehensive bill, the Menstrual Equity for All Act, would change that by expanding Medicaid to cover period care costs (among many other good things).

We worked directly with Rep. Meng’s team and 8 partner brands to put the severity of period poverty on people’s radar and get people and politicians to support the bill.

Loopholes was designed to drive big impact with little (read: no) budget and was a direct response to an unmet human need, finding a way to meet it within the limitations of the existing system and doing it in a way that would get people talking about a topic that typically gets swept under the rug.

In the absence of federal funding, we chose to combine period care products with the single most purchased good under SNAP benefits (cereal) so that period care would ~technically~ become federally funded.

We wanted to not only engage those already active in the political and period equity space, but also engage the general population -- because of this, we sent hundreds of real boxes of Loopholes to politicians, influencers, and activists across the country who shared the cereal and educational social content en masse across Instagram, Twitter, and TikTok telling their followers to visit our site to email their representatives.

The boxes included educational stats and facts in the design and drove to our microsite via QR code where you could email your congressional representatives to support the Menstrual Equity for All Act. In addition, we created a tongue in cheek cereal jingle commercial designed for social sharing that educated on the issue of period poverty, and we also launched an owned Instagram channel that housed educational content designed for sharability and action.

Our campaign launched on International Women’s Day (March 8th, 2022) and throughout the remainder of Women’s History Month, we launched a series of assets guiding people to take action and contact their representatives on Loopholescereal.com.

We achieved the following results in just 23 days with NO paid media support: 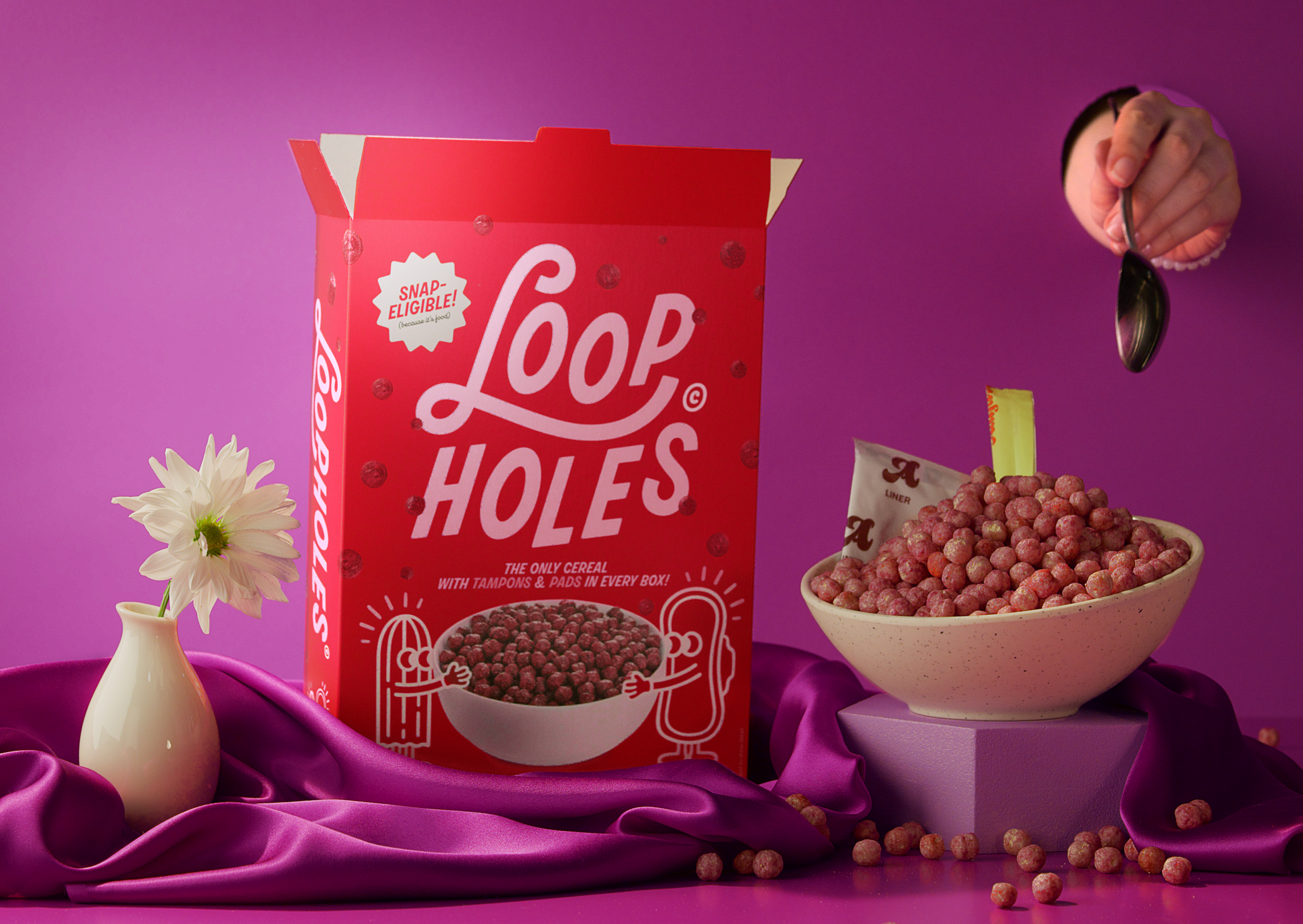