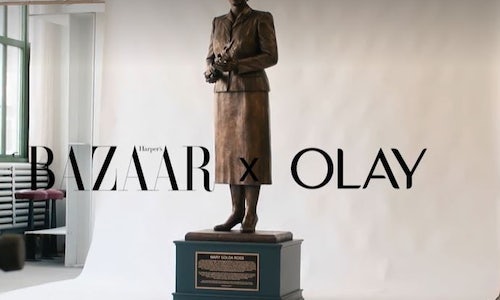 Women are behind some of the most ground-breaking discoveries across the STEM fields, from everyday items like coffee filters to life-saving inventions like vaccines. Yet, while women fill almost 50% of the workforce, they comprise only 27% STEM field positions. This represents the “STEM gap,” as more than half of girls count themselves out of STEM careers by the time they reach college. This persists due to a lack of mentorship and role models which lead women to believe that jobs in STEM are ‘not for them.’

Skincare brand OLAY was founded on the philosophy that superior skin results happen when combining a deep understanding of skin science with women’s changing needs. Today 42+ million women across every continent put their trust in Olay to ensure the future of their skin.

OLAY believes that female futures lie in science, technology, engineering, and math (STEM). That’s why they’re committed to #FaceTheSTEMGap by helping to double the number of women in STEM and triple the number of women of color in STEM by 2030. In 2022, OLAY entered year two of its 10-year STEM Commitment, announcing their second commitment of $1MM towards the efforts to close the STEM gap.

Young girls need to see themselves in STEM roles before they can dream of pursuing them. Yet, looking at day-to-day life inspirations, it is noticeable that of 5,500+ public outdoor sculptures of individuals in the U.S., only 10% portray women.

To inspire a new generation of women in STEM, we decided to forever memorialize a female STEM trailblazer.

First, for maximum awareness and reaching the female target audience, we partnered with fashion magazine Harper’s BAZAAR. To then reach for the stars and give our campaign the STEM credibility it needed, we teamed up with the Smithsonian’s Air and Space Museum in Washington, D.C..

Together we identified a woman whose recognition was long overdue: 20th century pioneer for space exploration, Mary Golda Ross.

A citizen of the Cherokee Nation, Mary Golda Ross was a brilliant engineer and trailblazer who made lasting contributions to the U.S. aerospace industry. As a founding engineer of Lockheed's legendary top-secret Skunk Works program, Mary worked on the earliest studies of orbiting satellites, crewed Earth-orbit flights, and created preliminary designs for flyby missions to Mars and Venus.

OLAY and the Smithsonian’s Air and Space Museum built and erected a statue of Mary Golda Ross in commemoration of her trailblazing efforts for women in STEM.

Statue production kicked off 6-months before launch to collaborate effectively with the Smithsonian and the Mary Gold Ross Family Trust to ensure Ross’ historically accurate portrayal.

The media portion of the campaign included four digital articles addressing OLAY's commitment to women in STEM, OLAY STEM ambassadors, and the science behind featured products with articles such as “How these four women have made their mark on STEM” and “How OLAY is working to shrink the Gender Gap in STEM”. The campaign included digital and social extensions for both the STEM and product messaging, and in-book product paging.

The statue was proudly unveiled outside the Smithsonian in Washington D.C. on February 11, 2022, International Day of Women and Girls in Science. We published a digital article on Harper’s BAZAAR containing a 3-minute video showcasing the statue's creation and big reveal to a select group of young girls interested in STEM. The girls were interviewed on-camera about what STEM means to them and the impact of seeing a Native woman in STEM commemorated in this way.

We also produced a Video News release which was featured on a satellite media tour across America. Additional PR amplified the reveal with a satellite media tour featuring Harper BAZAAR’s digital director, Nikki Ogunnaike and Dr. Rolanda Wilkerson, Principal Scientist for OLAY, P&G across 14 markets, as well as a featured segment on Good Morning America.

The statue now resides at the First Americans Museum in Ross’ home state of Oklahoma.

The campaign was a success and inspired OLAY’s target female audience across the country. Over 34 articles covered news about the Mary Golda Ross statue, from Native American-specific to Science-specific outlets, garnered 1,529,261,938 media impressions.

The new sponsored edit collected a total of 10K page views, generating awareness & consideration for Mary Golda Ross’s impact on the aerospace industry and technology and content Ignition drove an overall CTR of 6.31%.

Harper BAZAAR’s new sponsored editorial performed spectacularly, with 6.31 minutes average time spent, outperforming the highest end of Hearst’s benchmark range by + 80% and the four custom articles exceeded Harper’s highest benchmarks for time spent on articles by as much as 28%. Together, all articles collected a total of +58Kpage views, generating awareness and consideration for Olay’s Vitamin C products and mission to shrink the gender gap in STEM.

More importantly, the campaign supported OLAY’s goal of increasing the number of women in STEM. By honoring those women that paved the way in STEM, we empowered today’s girls and encouraged interest in the field of STEM. Thanks to Mary Golda Ross’ statue, young girls and women can now see themselves exploring a career in space and engineering and stop dreaming to start taking action in pursuit of these careers. 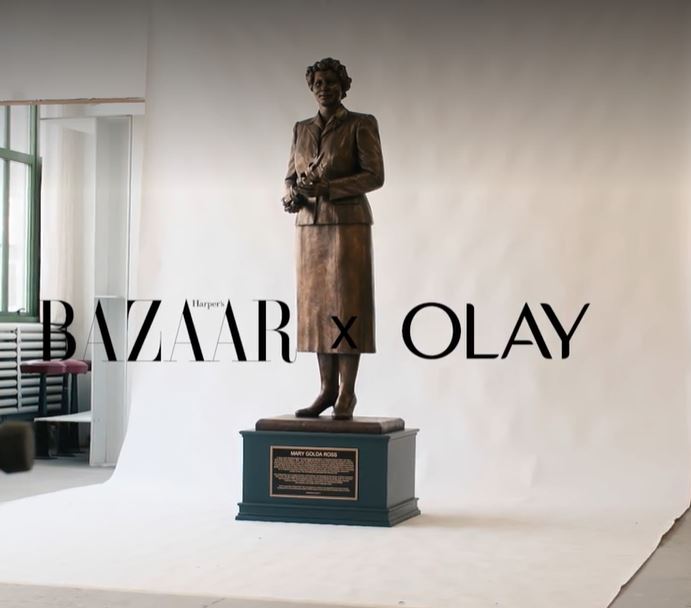 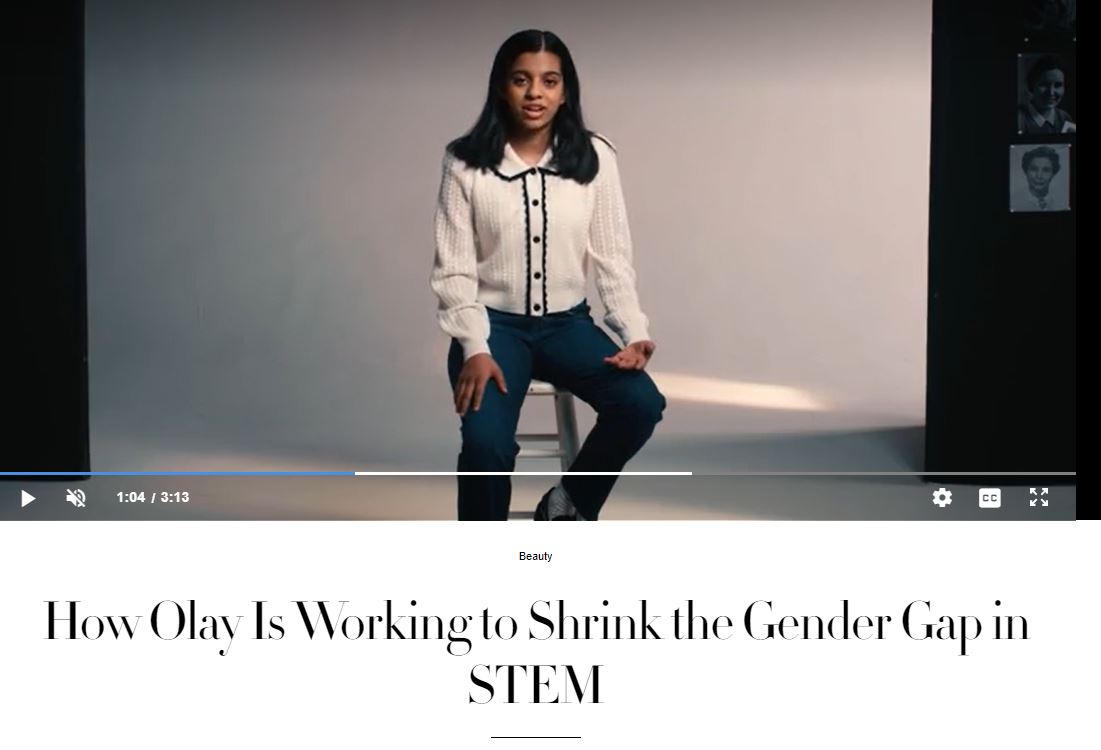