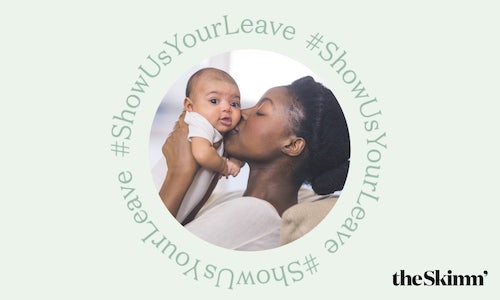 The US is one of a handful of countries in the world not to guarantee paid leave at a national level—even in the private sector, only about one-quarter of US workers have access to it.

theSkimm’s #ShowUsYourLeave movement is a viral campaign-turned-global-initiative that has ignited a conversation around why paid family leave is crucial for parents & caregivers, the need for more expansive policies, and the importance of transparency in the private sector as to how companies support their employees.

#ShowUsYourLeave started by asking our audience to share their paid family leave stories using #ShowUsYourLeave, and hundreds of Skimm’rs did—some about the devastating lack of paid leave, with others empowered to advocate for change at their own companies. We transparently shared theSkimm’s policy on social media and asked other businesses to do the same. The response was overwhelming, with the hashtag trending in a matter of weeks. The campaign continues to gain momentum, with more than 550 companies, such as American Express, Goldman Sachs, Pfizer, Zoom, and more, having joined to date.

With the goal of amplifying the issues & challenges parents & caregivers are facing, as well as creating transparency in the private sector, #ShowUsYourLeave has become far more than a viral hashtag—now a movement helping to expand paid family leave, leader by leader, company by company, and employee by employee so that every American has access to the information & policies they need to support their families.

As it stands now, Paid Family Leave in America is a perk, not a requirement—theSkimm set out to change that through the #ShowUsYourLeave movement. As a nonpartisan company geared toward millennial women, theSkimm has always covered issues impacting women in the workplace—and paid family leave is no exception. Not only are comprehensive policies imperative in getting women back to work, they’re also needed to help bridge the gap of inequalities that women face. While we’re proud of the extensive paid family leave benefits in place for our own employees, we knew there was more we could do.

Last summer, theSkimm’s co-founders & co-CEOs Carly Zakin & Danielle Weisberg sat down with leading businesswomen to talk about what a return to ‘normal’ in the workplace would look like for women during the Covid-19 pandemic. In the months that followed, they recognized there was a far deeper & more urgent conversation to be had. What started out as a candid social post when paid family leave was at risk of being cut from President Biden’s Build Back Better bill has since ignited a meaningful dialogue & evolved into a grassroots movement in partnership with hundreds of businesses.

theSkimm started the #ShowUsYourLeave initiative by asking our audience to share their paid family leave stories using the #ShowUsYourLeave hashtag. Hundreds of Skimm’rs started sharing their personal stories—some painting a picture about how devastating the lack of paid family leave has been, and others feeling empowered to speak to HR & advocate for change at their own companies. And the conversation has only become more pressing—not just because of the outpouring of interest, but we’re also in a time when women are being forced to leave the workplace in record numbers, and job expectations & benefits packages look far different than they did pre-pandemic.

theSkimm furthered the conversation and transparently shared our own paid family leave policy, and implemented a grassroots effort to bring companies in—tapping into our personal & professional networks, direct messaging companies on Instagram & LinkedIn, and highlighting the companies who did share their policies to put pressure on others to do the same.

theSkimm then took these policies and developed a database featuring companies across industries who have joined & shared their paid family leave policies, providing our audience with market research & insights into the benefits & policies other employers are offering, and serving as an opportunity for companies to highlight how best to support their employees.

To continue advocating for this crucial cause & equipping our audience with tools & resources, Carly & Danielle published an op-ed around parenthood in America, and theSkimm launched a microsite featuring audience insights, a guide on paid leave in the US today, a handraiser petition (35k+ signatures), and resources on how to advocate within your own organization. Recently, theSkimm hosted #ShowUsYourLeave: The Reality of Paid Family Leave Today, a free virtual event including Olympian Allyson Felix as keynote speaker and a panel discussion with expert conversations on how the US handles paid leave, how a lack of policies impacts women, advice on advocating for change, and more.

When theSkimm’s #ShowUsYourLeave movement started, it was up to the individual to ask a potential or current employer about their policies & benefits packages. theSkimm’s effort was taking that burden off of the individual and shifting it to the businesses to be transparent about what they offer. For this movement to be successful, we needed companies across industries—both big and small—to join. To make a real impact, #ShowUsYourLeave needed to go viral—and it did.

theSkimm continues to highlight community stories & company policies and provide advice & guidance to help our audience of millions of millennial women to take action. Hundreds of Skimm’rs have sent in personal stories, ranging from unthinkable scenarios to workplace wins and changed policy. One empowered Skimm’r even shared a proposal deck she created in an effort to request improved paid family leave at her own company, hoping it could serve as a resource for others. The downloadable template deck can be found on our microsite.

#ShowUsYourLeave continues to make waves and we’re proud of the conversations that are now happening to advocate for and create change around a crucial cause that affects so many Americans. 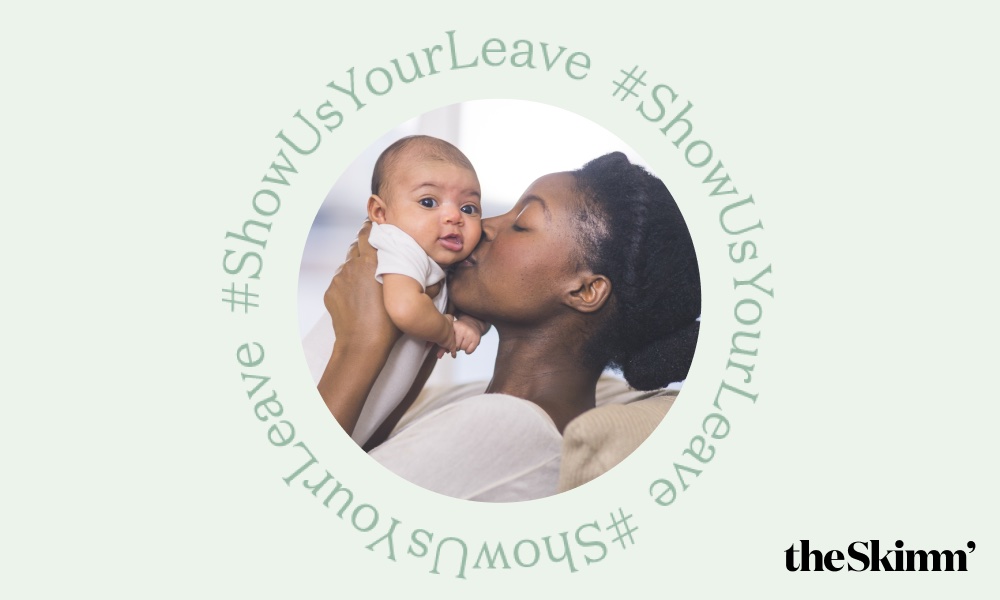