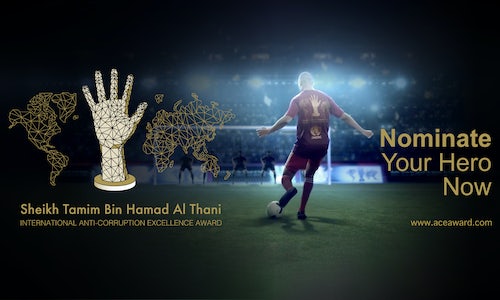 The anti-corruption award is presented annually on the International Anti-Corruption Day (9th December),  in recognition and appreciation to those who have contributed to the global campaign against corruption.

The Award recognizes individuals and organizations who have dedicated themselves to combat corruption in some capacity.

The greater purpose of the award is to serve as a tool that highlights exemplary and noteworthy actions and good practices on a global scale, to recognize, promote, collect and disseminate anti-corruption models from around the world; to raise awareness, support and solidarity to the fight against corruption; as well as to encourage and inspire similar and new initiatives towards a corruption-free society.

The anti-corruption award has been divided into several categories, in recognition of the diverse efforts in many distinct fields in the global fight against corruption. The categories are:

The award aims  through its public image at sheddig light on those who are fighting corruption in order to motivate governments, academic institutions, the media and civil society to adopt and understand the principles of the United Nations Convention Against Corruption (UNCAC) and collaborate towards its implementation.

The TV commercial of the award was launched in 6 languages (Spanish, French, Arabic, German, English, and Balkan) in the Arab World, MENA Region, Europe and Latin American.

The production of the project had a very tight timeline of two weeks. The pre-prodution preperations were successful as we found talents who are real football players who could play the role of the goalkeeper and striker easily.

( which becomes the football field after the post production). The players t-shirts where the word corruption and the different types of corruption were imprinted was also added in the post-production.

The overall result of the advertising campaign is that the video reached 3.9m impressions and over 130,000 clicks to the Award website. 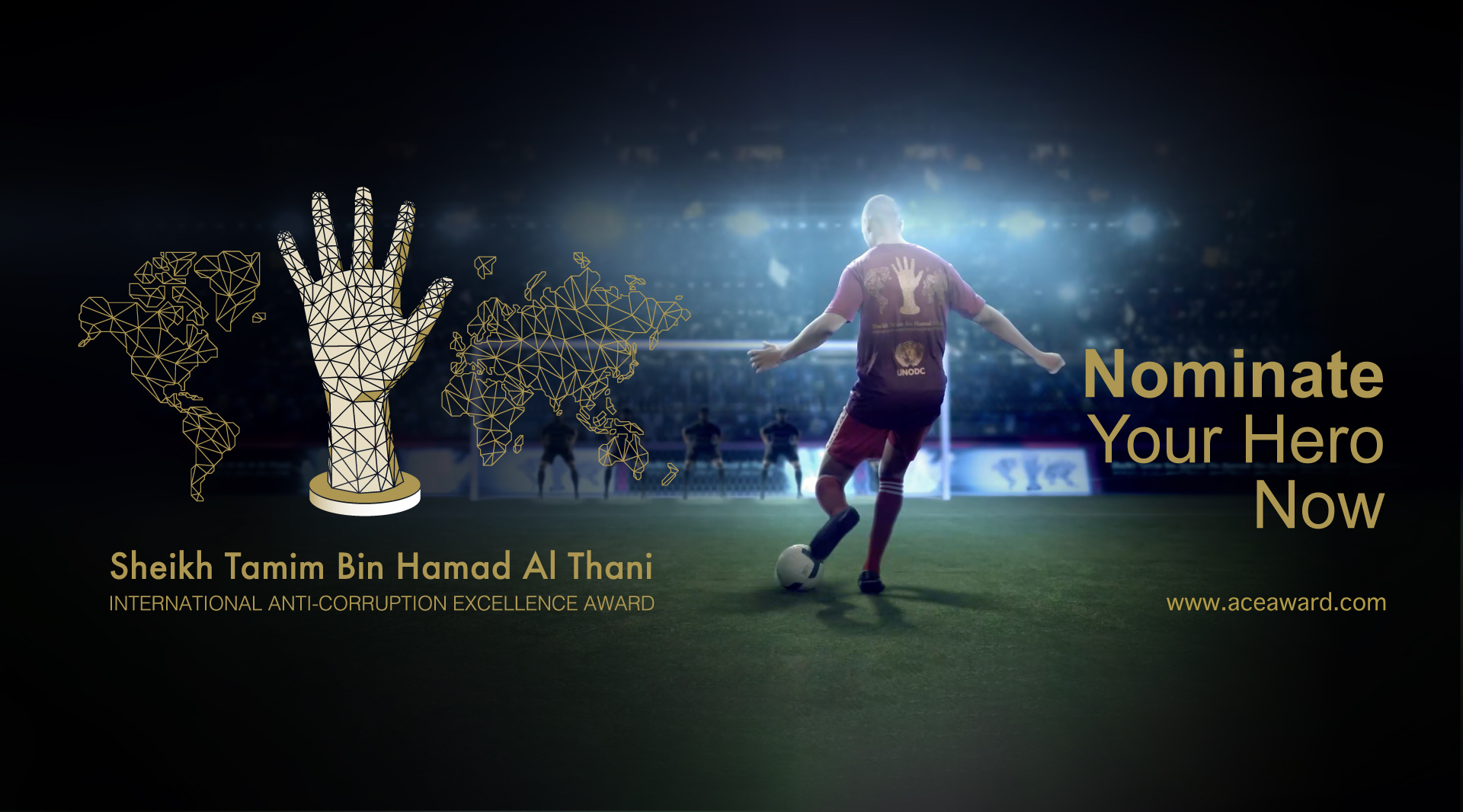 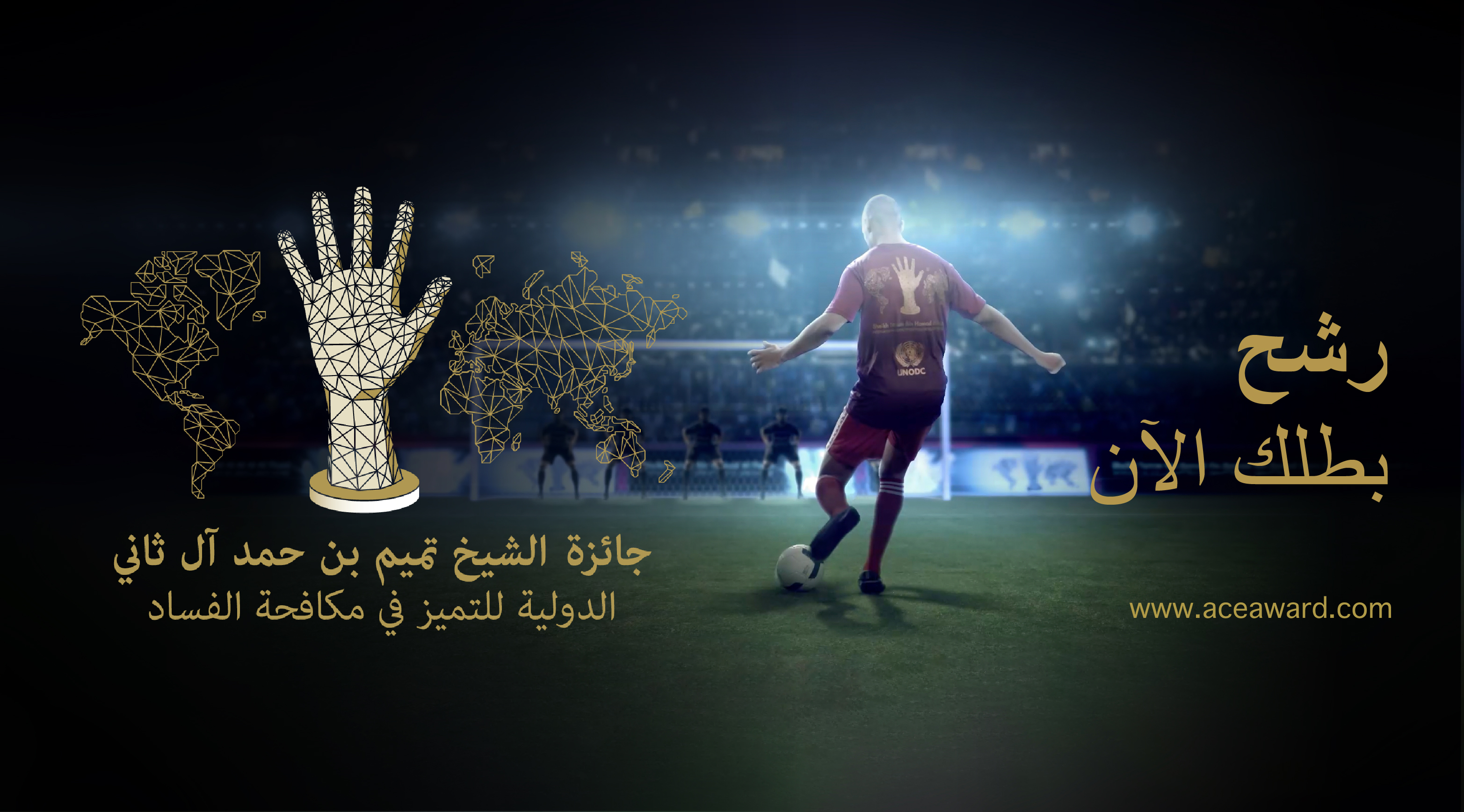 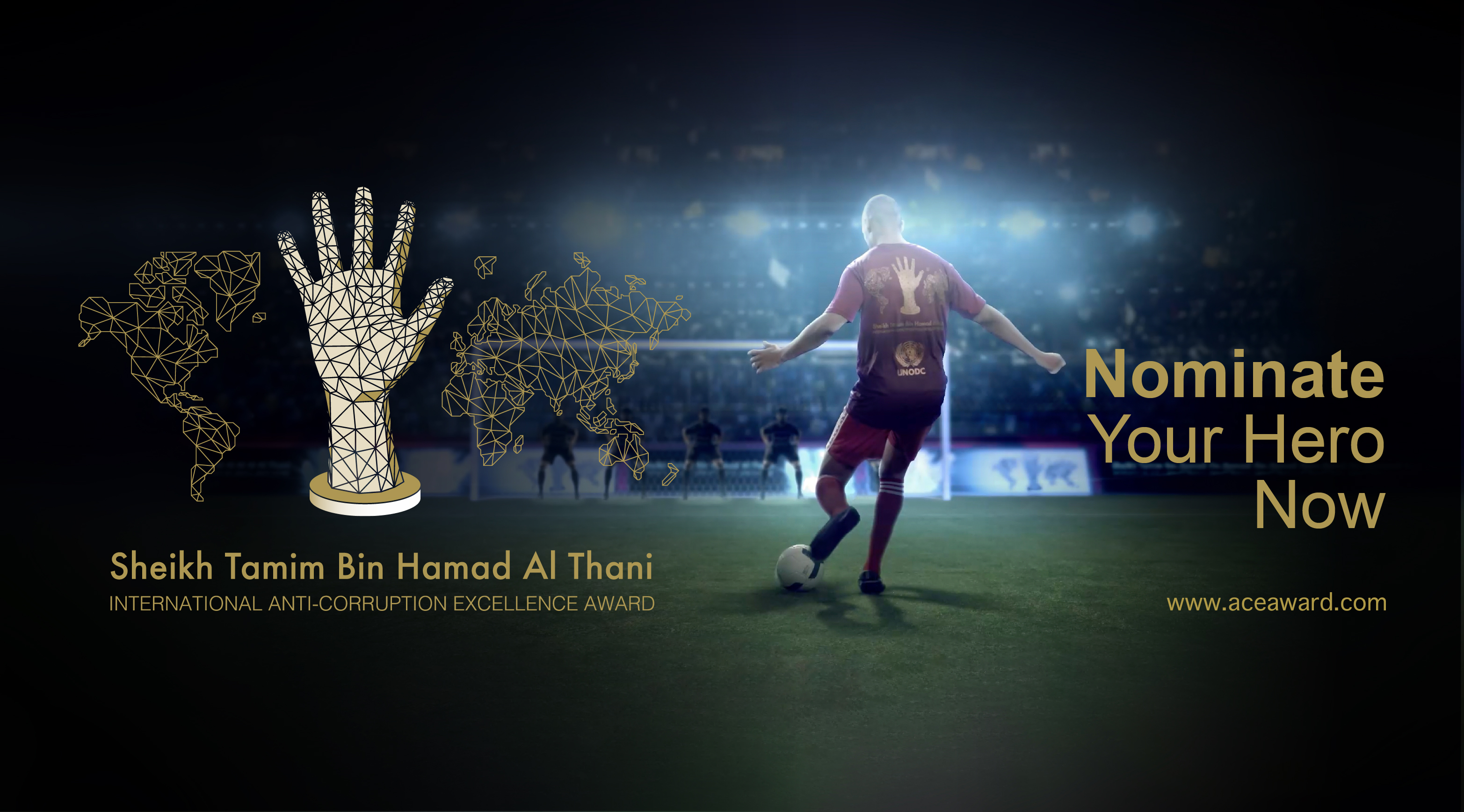 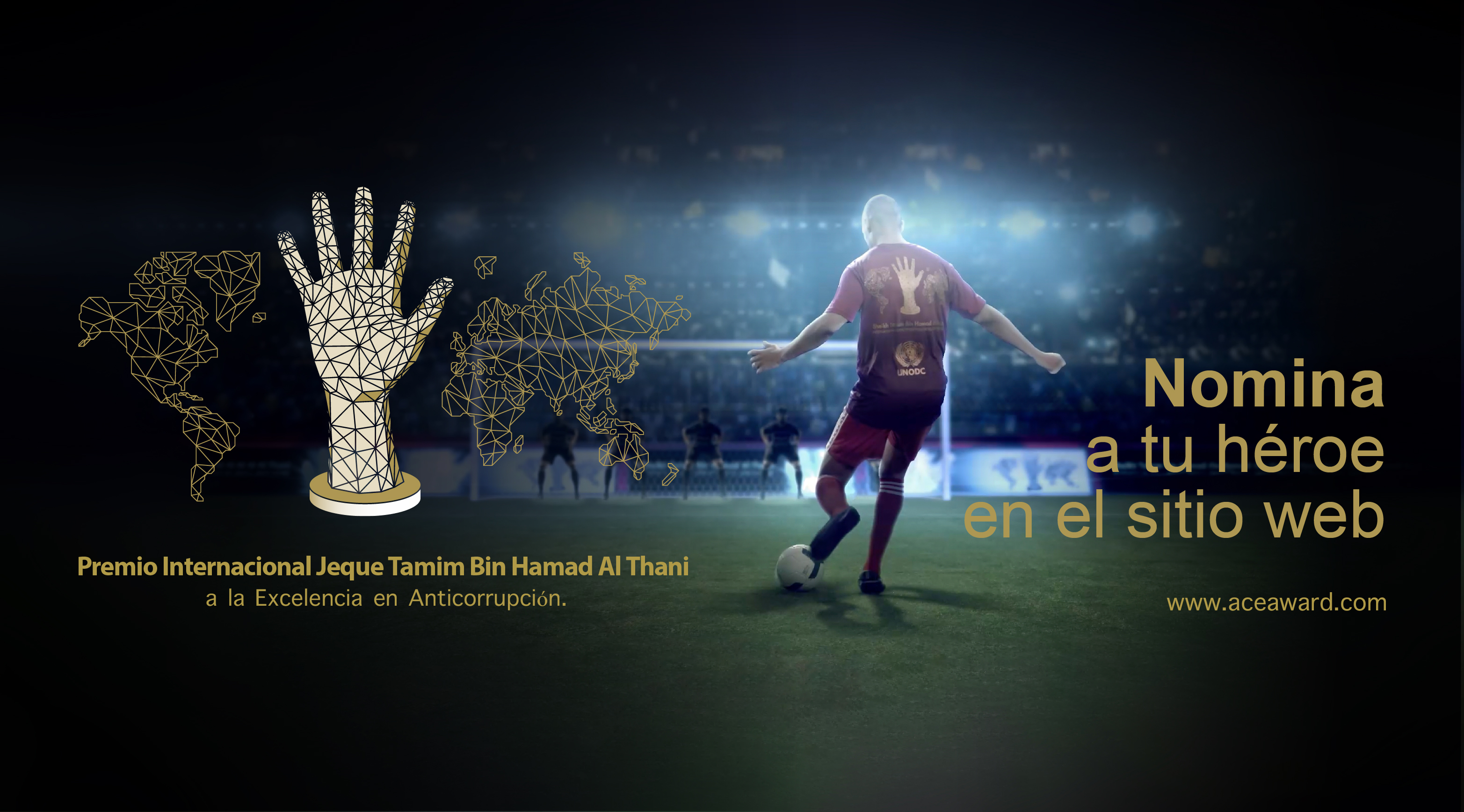 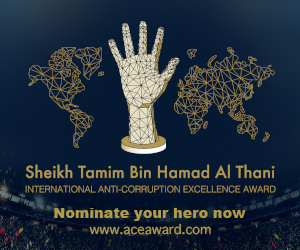 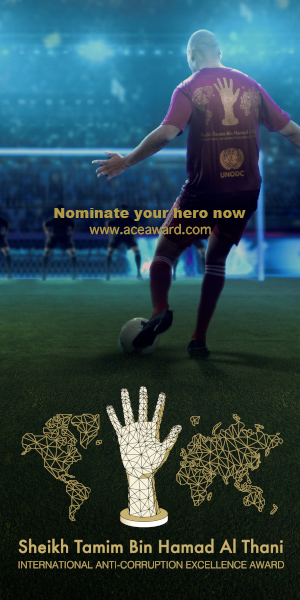