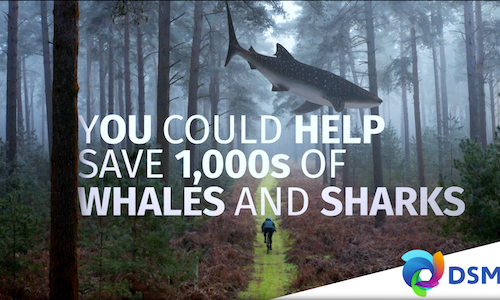 Commercial fishing is having a detrimental impact on marine life; and almost a third is conducted to obtain fish oil – a rich source of omega-3. Brands are under increasing pressure to appeal to a more environmentally conscious consumer, but how do we make people feel more involved with the wellbeing of marine ecosystems?

Facing this huge cost to marine life - DSM’s life’s™Portfolio offers an alternative. Can we make consumers see things differently and understand that a simple switch in how they consume omega-3 could make a huge difference?

The nutritional benefits of omega-3 are well known. It’s valuable to us in many ways, including heart health, immunity and, of course, infant development. Consequently, the global demand for it is enormous, leading to almost a third of all commercial fishing being conducted to obtain fish oil – a rich source of omega-3.

We don’t see it day-to-day, but the cost of fishing to marine life is immense. As well as the millions of tons of fish caught, 60,000 sharks and whales are lost to omega-3 driven fishing. All of this has contributed to a global decline in marine life of nearly 50% – driven mainly by commercial fishing. life’s™Portfolio from DSM brings an alternative - 100% algal-sourced omega-3, with zero impact on marine life. It’s the first and only commercially available plant-based omega-3 that delivers the benefits of eicosapentaenoic acid (EPA) and docosahexaenoic acid (DHA) fatty acids in a single source.

DSM tasked AnalogFolk with developing a campaign that would ultimately shift customer and industry buying habits from fish to algal-based nutritional lipids by educating customers on the negative impacts of ‘farm-fishing’ and ‘wild fisheries’. As well as this, the campaign needed to highlight that now is the time for brands to educate their consumers on the benefits offered by plant-based omega-3s, which is also a rising trend among environmentally conscientious consumers.

For many of us land-dwellers, it’s almost impossible to imagine the glorious and beautiful impact that a plant-based omega-3 revolution will bring to our oceans.

But what if we could make the ocean’s brighter future feel closer to home?

In our hero film, social comms assets and campaign microsite, we use beautiful, cinematic visuals to bring these two worlds together, combining city-living sourced footage with post-production ocean life to put people and sea creatures side-by-side in a captivating film. By showing the world’s marine life above the surface, the same way we see birds and other wildlife, the Sea the Difference campaign confronts the consumer with a visual representation to highlight the biodiversity and sheer volume of sea creatures affected by commercial fishing. Supported by an engaging website, driving awareness of the scale of the problem, and DSM’s solution, and persuading customers to join the movement to switch towards algal-based omega-3 oils.

Combining hard-hitting stats and arresting visuals to grab the attention of our audience through targeted LinkedIn posts, we then drive them to our engaging campaign microsite where they can watch the full hero film that tells the story of the difference that switching to algal-based products could make, and how they can be part of the movement.

So far in this campaign our paid activity has received over half a million impressions (+186% above target), and overall leads are at 125% against target. These leads represent commercial value for DSM, but perhaps most importantly they demonstrate engagement with a global issue and the need to find alternative and sustainable sources of omega-3 in order to protect marine life.

Video for Sea the Difference 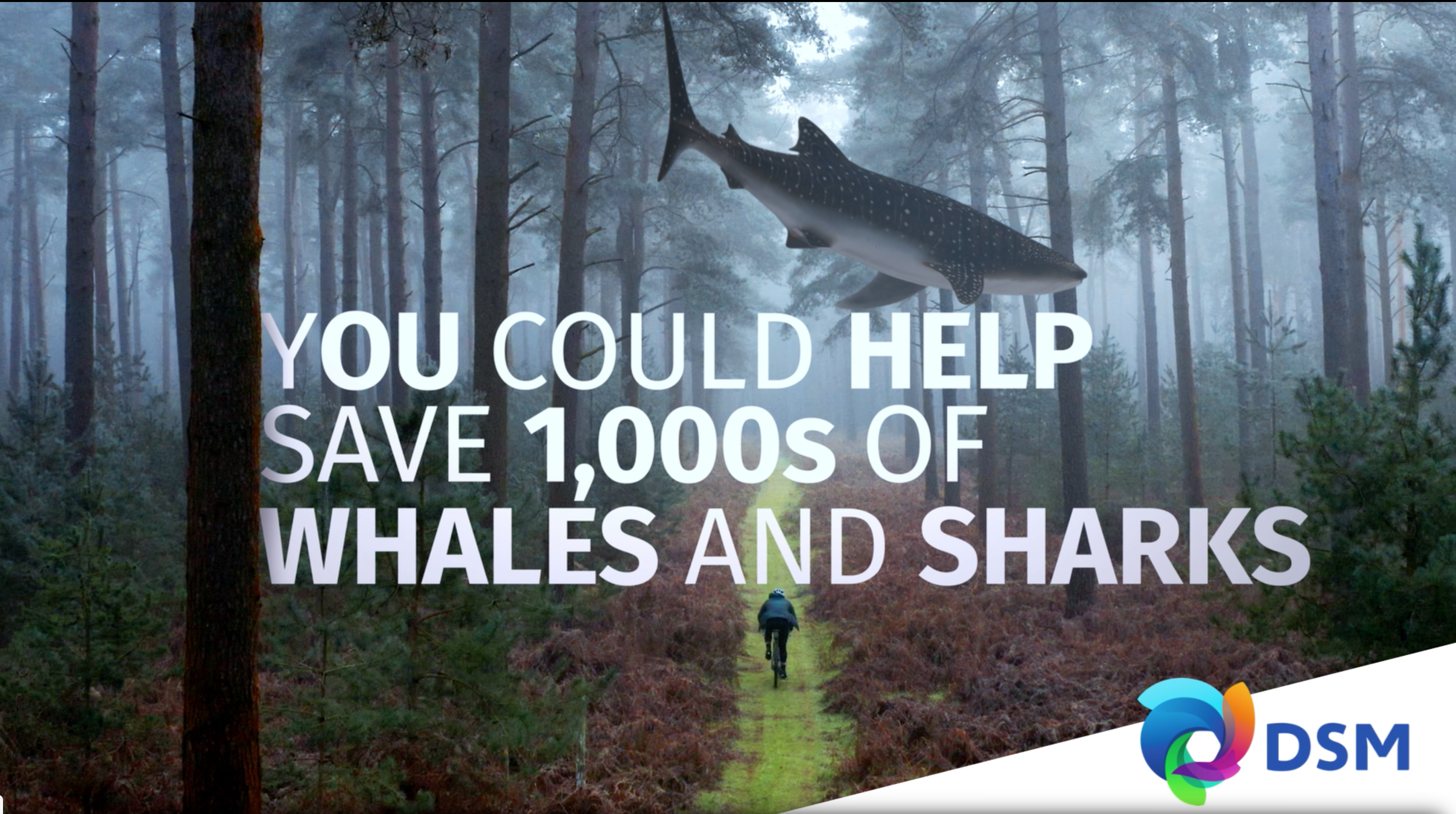 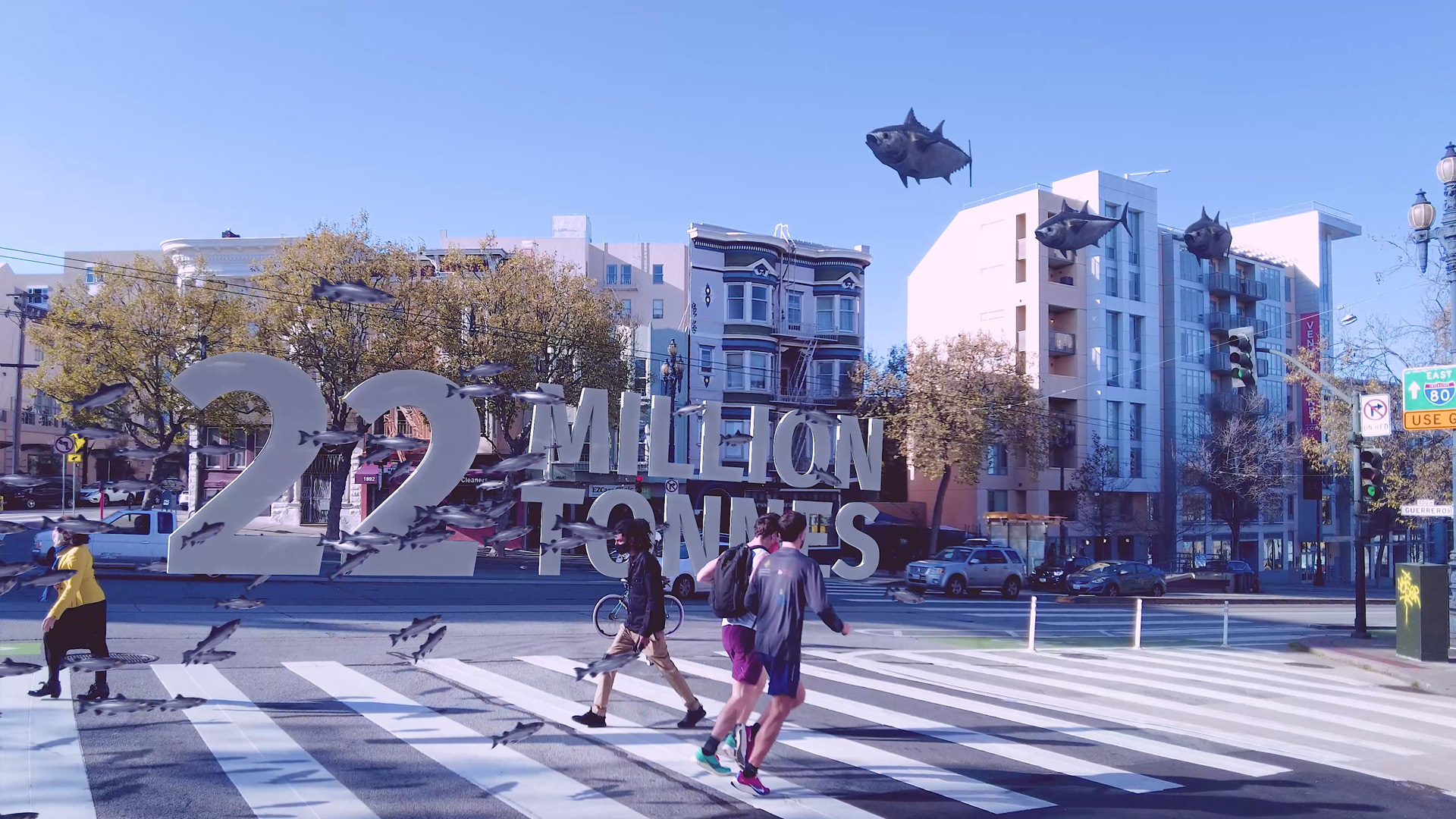 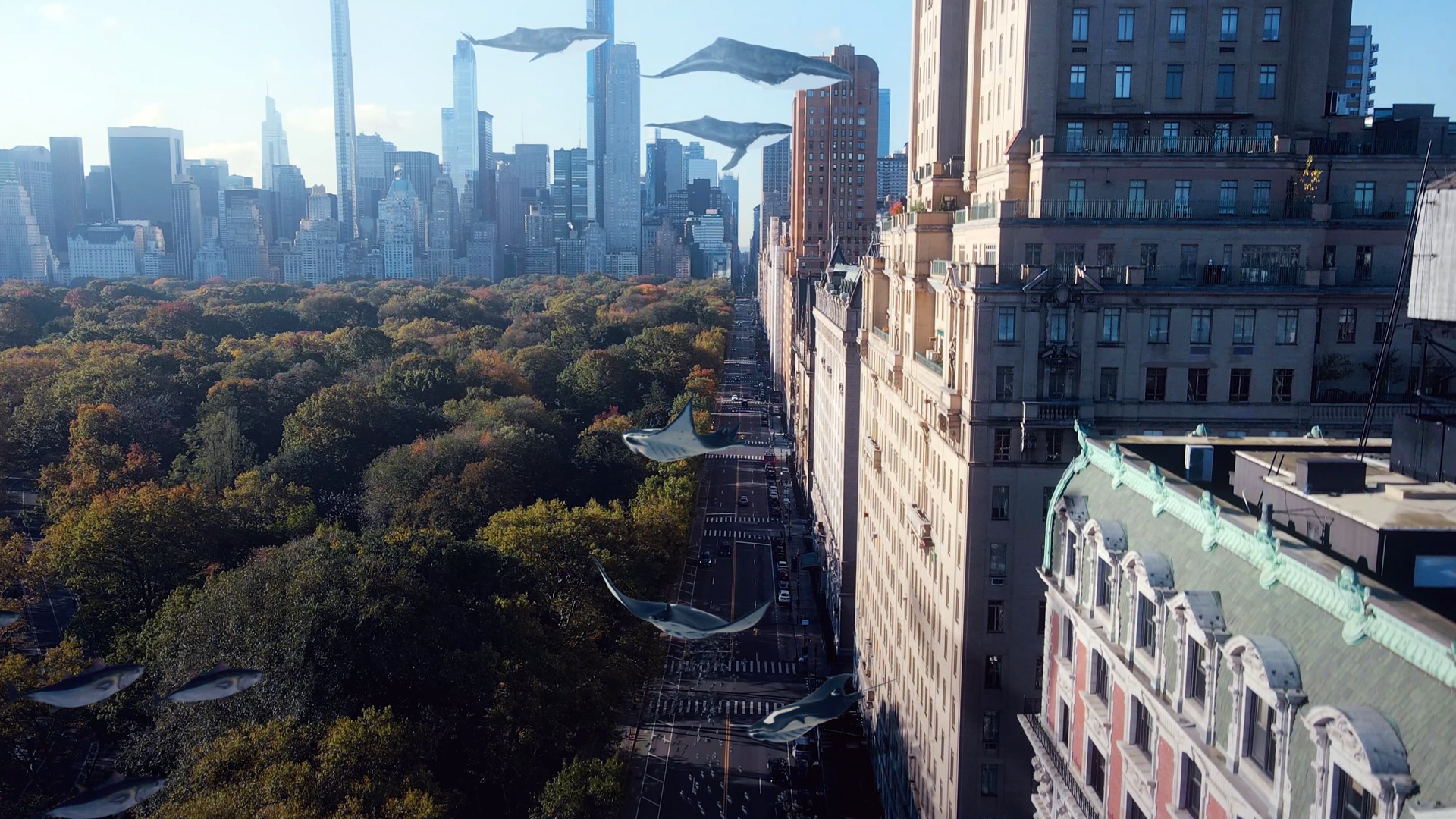 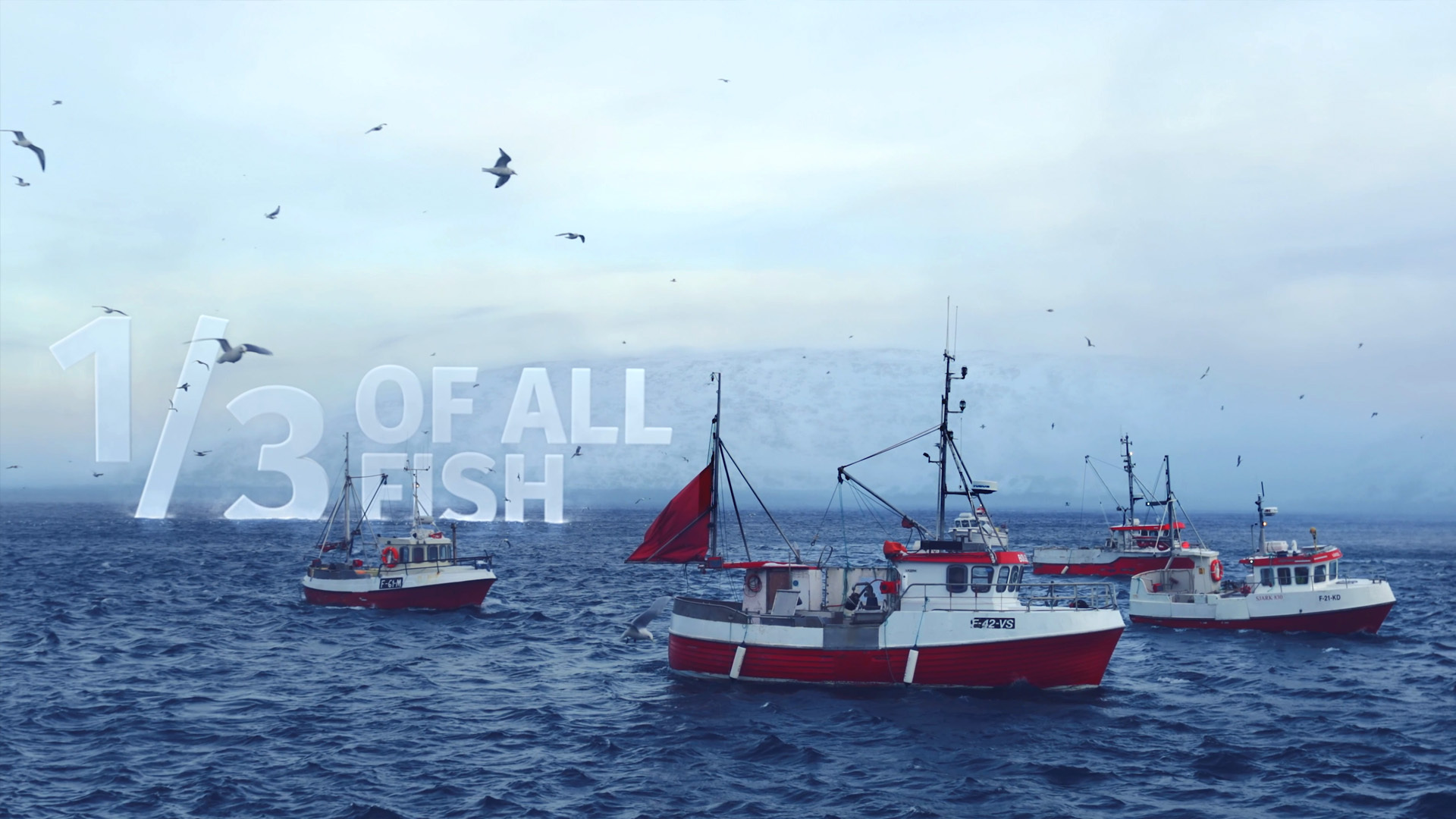 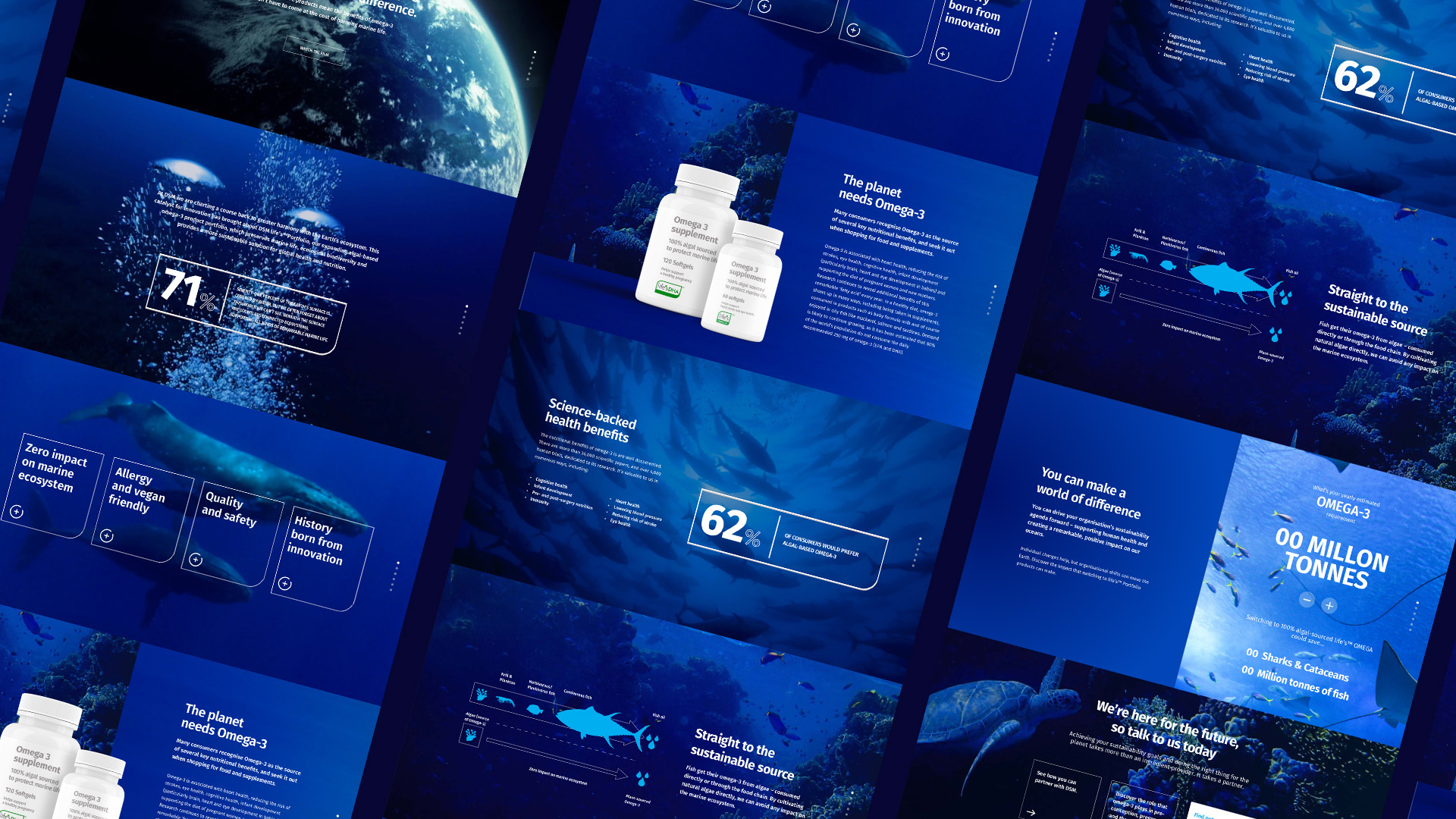 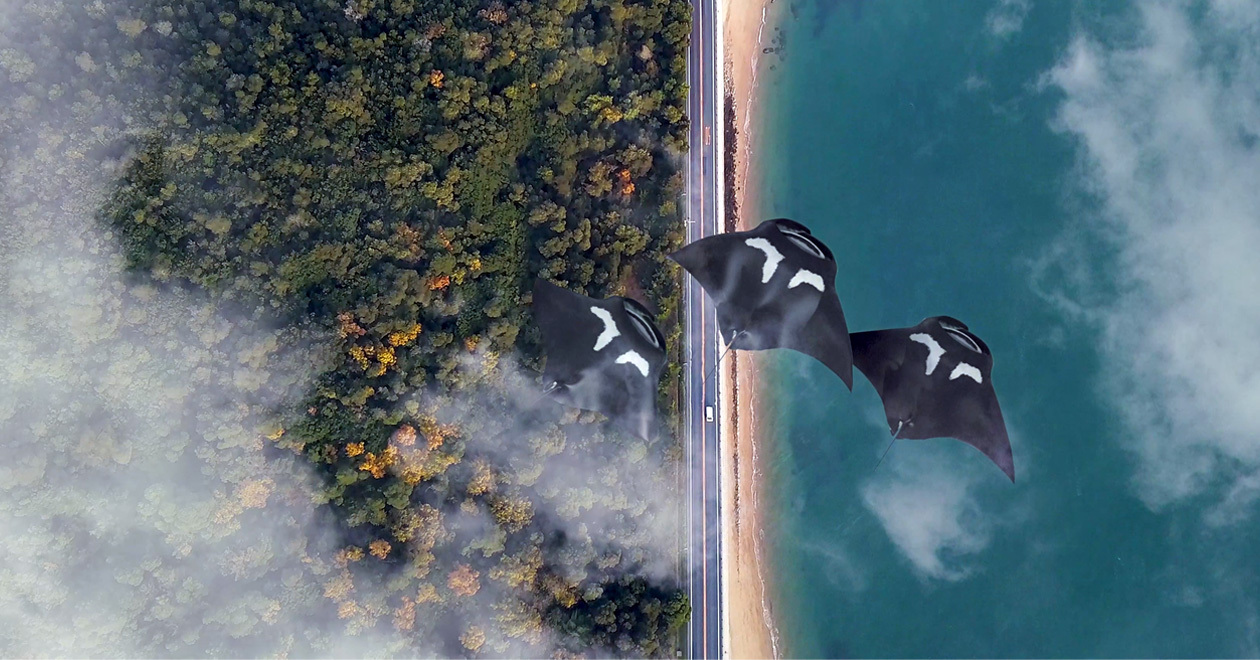