The transportation and mobility industry often is thought of as an old, straight, cisgendered man’s game. To demonstrate that automotive and aerospace engineering is a space for everyone, we set out to create a series of blog posts that celebrate LGBTQ identities in mobility. We wanted to tell real stories that increase visibility of queer voices, reach an audience outside of our traditional follower base, and encourage conversation around inclusion of these identities.

Through this campaign, we were able to amplify voices that showcase LGBTQ excellence in an industry where these perspectives are often underrepresented. We focused on three different audiences based on age and area of industry, partnering with unique individuals to share their stories and show the power of diverse perspectives in transportation and mobility. We needed to find representatives who could speak to these groups and show the human side of engineering that allows our audience to connect with and have an emotionally resonate experience with the topic. We also needed to be mindful of the potential burden our featured professionals may take on as a result of being a part of the series. This presented some early challenges in identifying and selecting those who would be featured, but through a rigorous process involving networking and cold outreach, we were successfully able to find three strong features for our series. We then organized and conducted interviews, wrote the blog posts, collaborated with those featured for their final approval, created an accompanying graphic template to accompany the pieces, and published and promoted the blogs on SAE.org and SAE International’s social media channels.

In the first of our blog, we featured Airbus Vice President Amanda Simpson, a trans woman and trailblazer for LGBTQ rights in aerospace. The feature on Amanda was targeted to an early to mid-career audience, showcasing her place in the industry as a powerhouse executive and first out trans woman advisor appointed by a president (Barack Obama). This also sought to reach a secondary audience of C-suite executives to show that there is room for diverse perspectives at the top level of industry.

The second piece brought a current college student prospective to the series through University of Colorado Boulder senior Hattie Rice, a young queer woman preparing to embark on a career in the mobility sector. Hattie shared the experience she had bringing recruiters to campus through her involvement with the campus chapter of oSTEM (Out in STEM), and that she found many did not have queer representation to send to campus. Hattie challenged our primary audience of mid-career engineers to think about inclusion when adding members to their teams.

In the third and final piece, we featured three representatives from the organization Racing Pride, which seeks to increase LGBTQ visibility in motorsports. In talking with the organization’s co-founder, Richard Morris, and industry ambassadors Krystina Emmanouilides (F1) and Ryan Hines (NASCAR), we spoke to an audience of racing enthusiasts and engineers about how this community is often overlooked or excluded in a space traditionally thought of as a sport for white, cisgendered, straight men.

We saw above average engagement with our posts on social media, with the post on Amanda Simpson as our top engaged post for the month of June and in the top 5 of the year. The Racing Pride post was our highest engaged Twitter post of the month and second-most engaged post of the year. Overall, the trio of blogs received 26,483 impressions on social media with a 4.4% engagement rate.

Also through this promotion, our digital communications team has helped to connect Racing Pride with our Collegiate Designed Series, an SAE program that provides educational competition opportunities to college students, and the two are discussing potential partnership opportunities for the future. 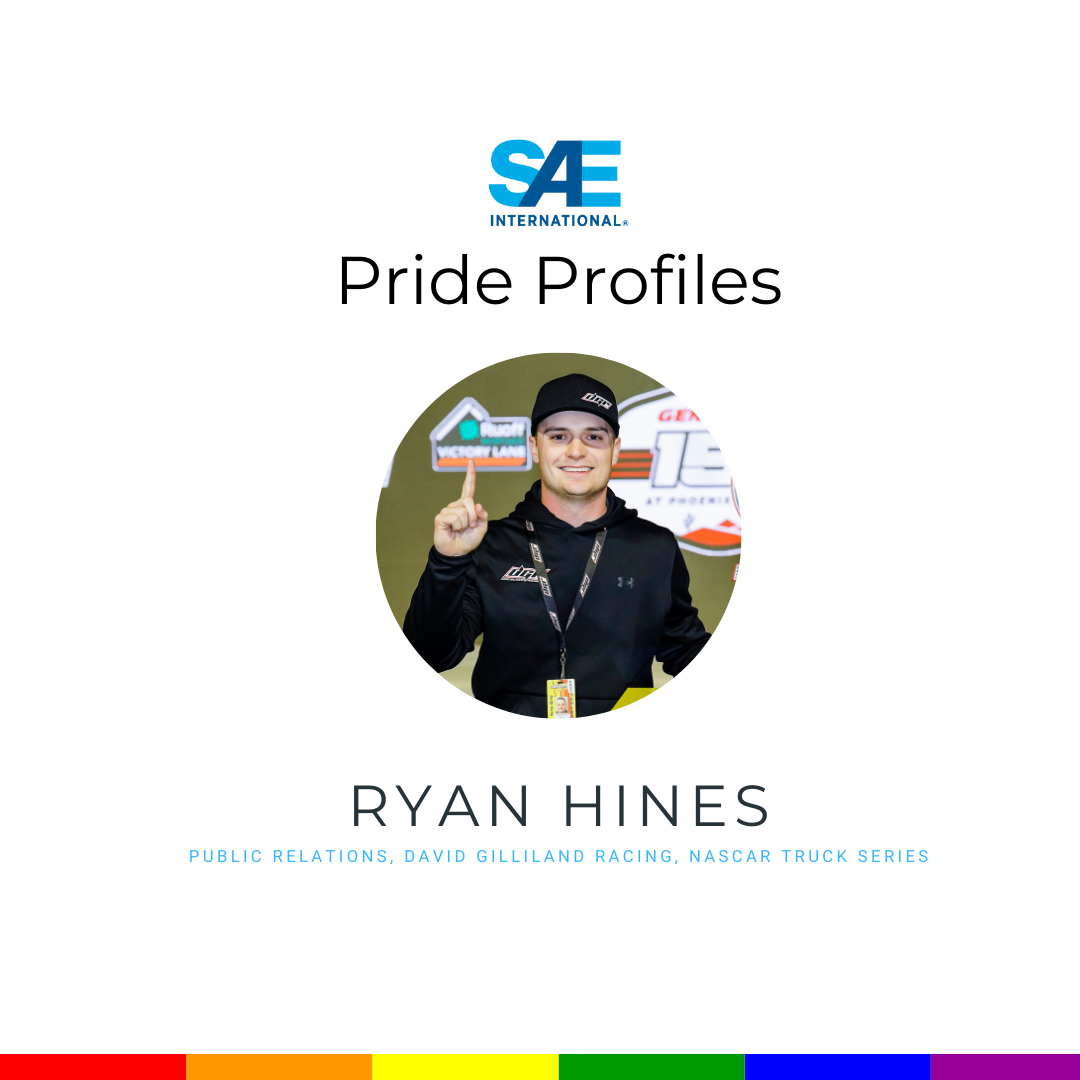 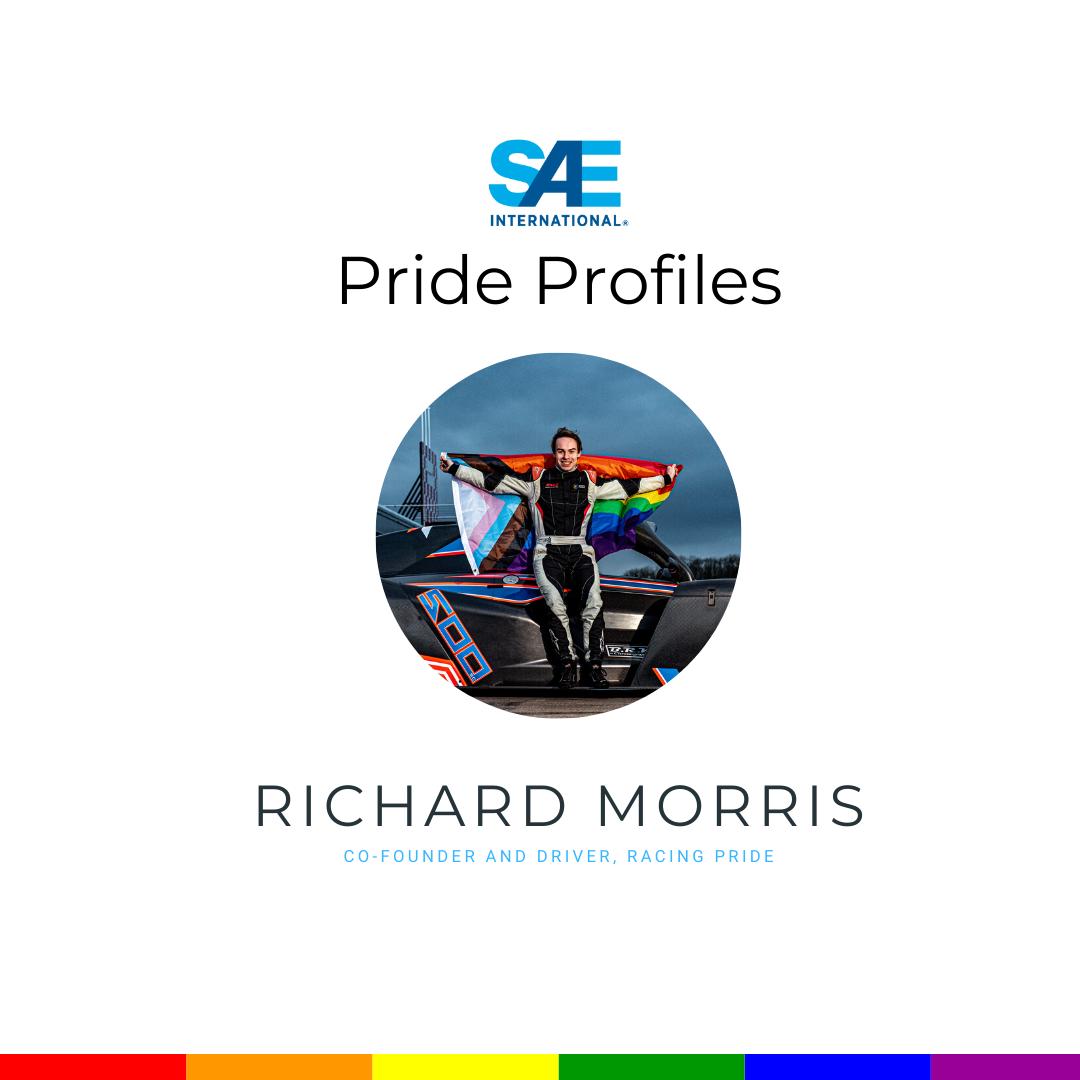 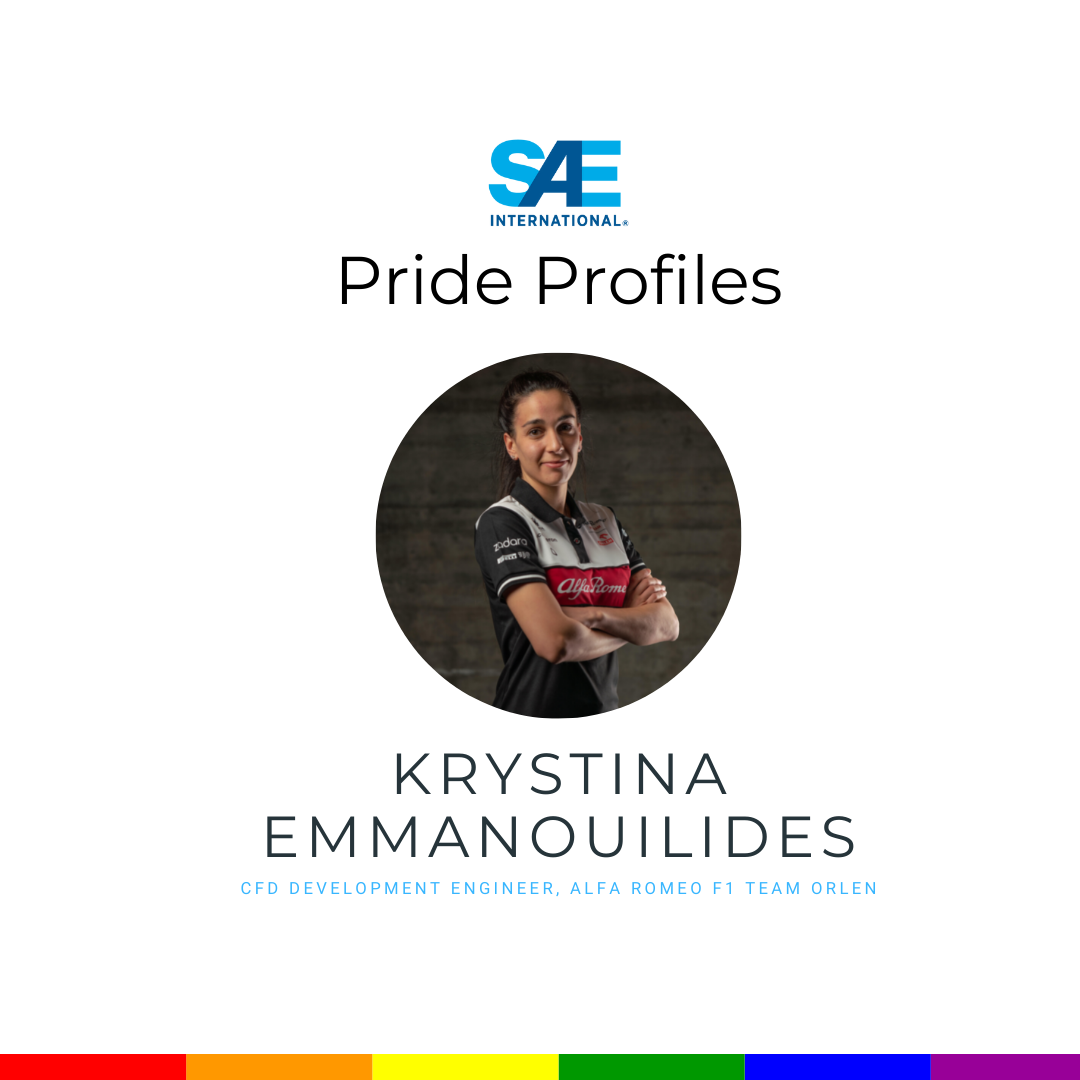 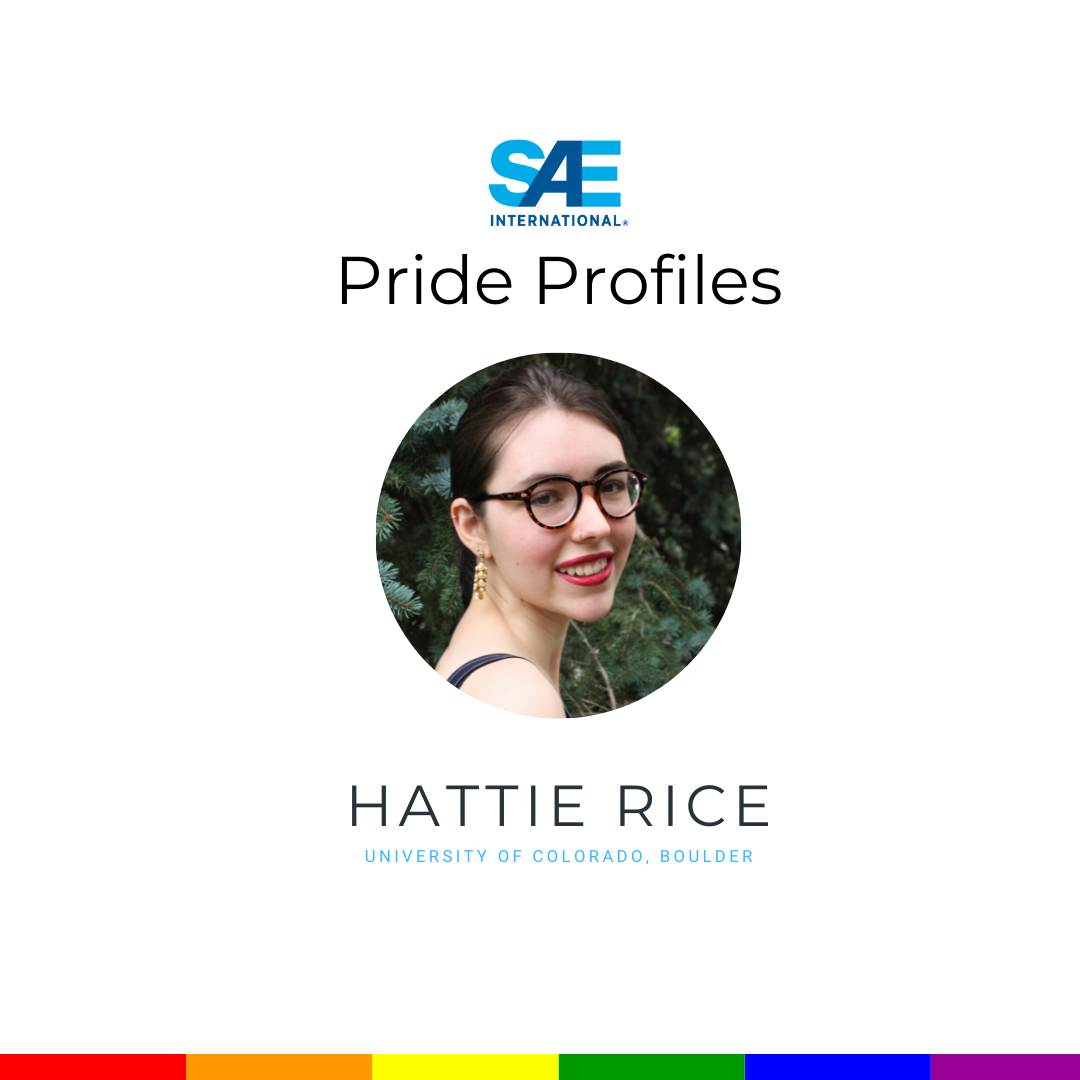 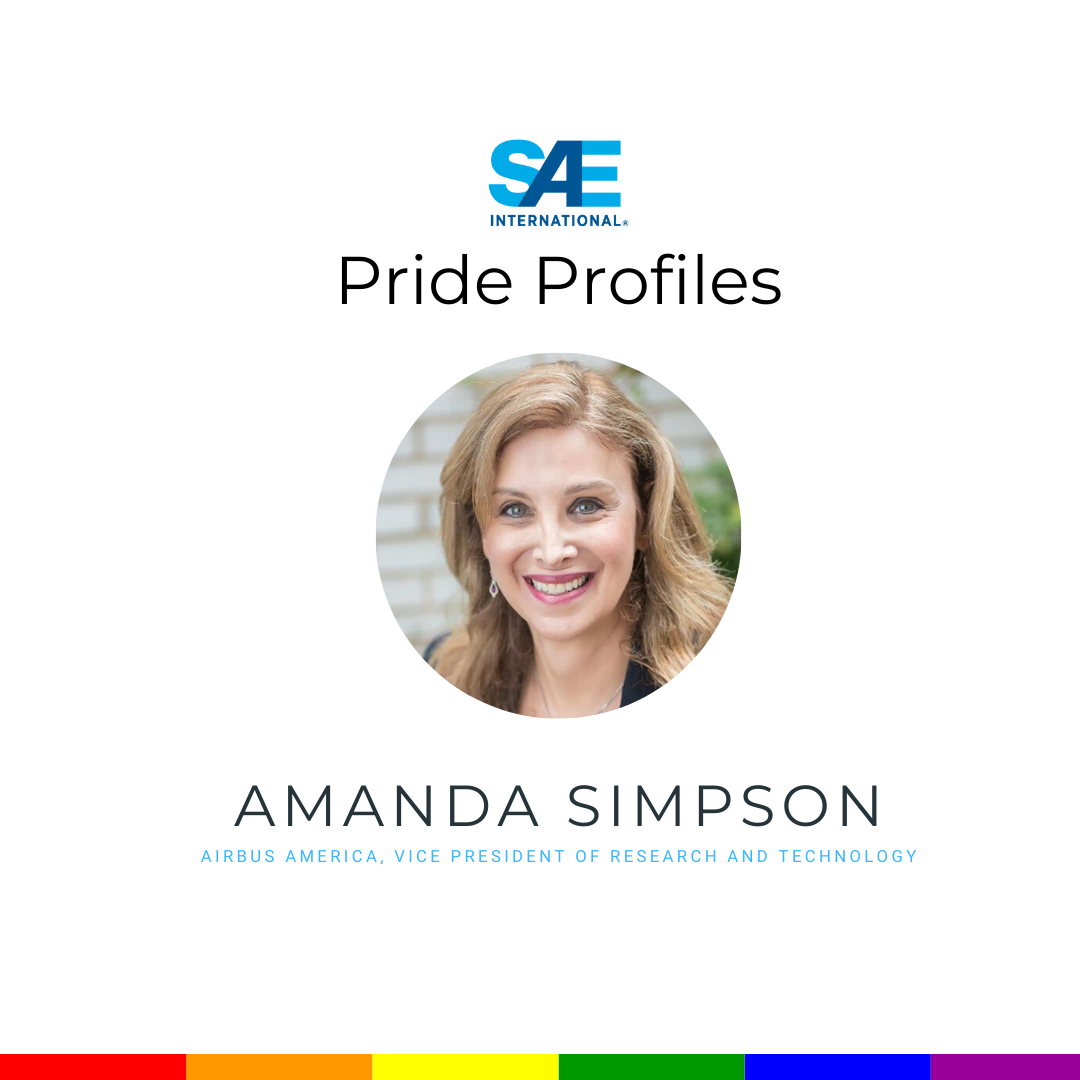