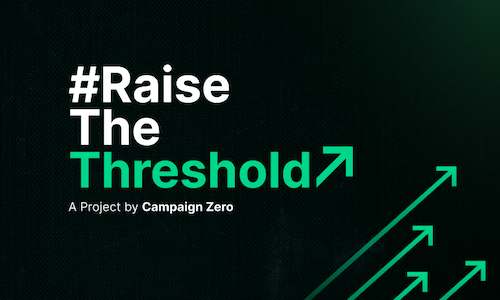 Felony theft thresholds are the dollar amount that determines when a theft becomes a felony – and instantly raises the minimum sentencing guidelines.

Mass incarceration is one of the largest problems facing Americans today. These low thresholds are an overlooked–but–crucial driver of mass incarceration and they have remained too low for far too long. And for the minorities who are a disproportionate population of incarcerated Americans, raising felony theft thresholds is a matter of racial justice.

The goal of this campaign is to:

Americans should not be sentenced unfairly for low-level, non-violent theft.

No one else had collected all of the felony theft threshold laws before.

We began this project by gathering that data and analyzing the threshold amounts and years since the laws had been updated. We found out most haven’t changed their laws in the last five years, while many states hadn’t updated them in generations.

Our “hook” was to open the site with a quiz that introduces the felony theft threshold concept in users’ own states. We ask them to select what objects could land them with a felony theft charge (sometimes as little as a cell phone), and then show them when their state last updated its laws – and how outdated those numbers are today.

Once the visitor is through the quiz and has a grasp of the issue, we dive into the problems with felony thresholds and Campaign Zero’s proposed solutions. We present the current thresholds as an interactive map of the United States where visitors can explore how their state and legislators compare nationally.

Visitors are then prompted to take action by connecting with others who are pushing to #RaiseTheThreshold and  to contact their state legislators to demand these thresholds are updated.

Our message is simple: across the country, felony theft thresholds are too low and are not based on protecting the public. They prioritize material possessions over years of human lives.

This campaign is the first time all of these laws have been mapped. By raising awareness and collecting the data in an impactful way we’ve provided a clear and up-to-date resource for legislators, activists, and community members to utilize to demand reform.

Video for Raise the Threshold 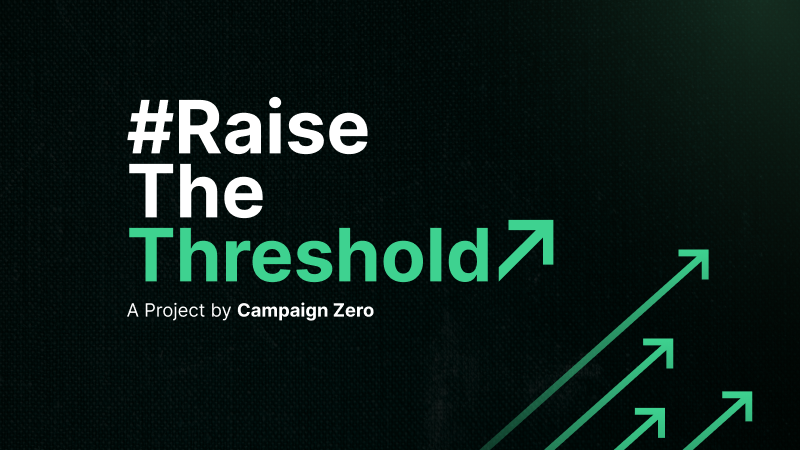 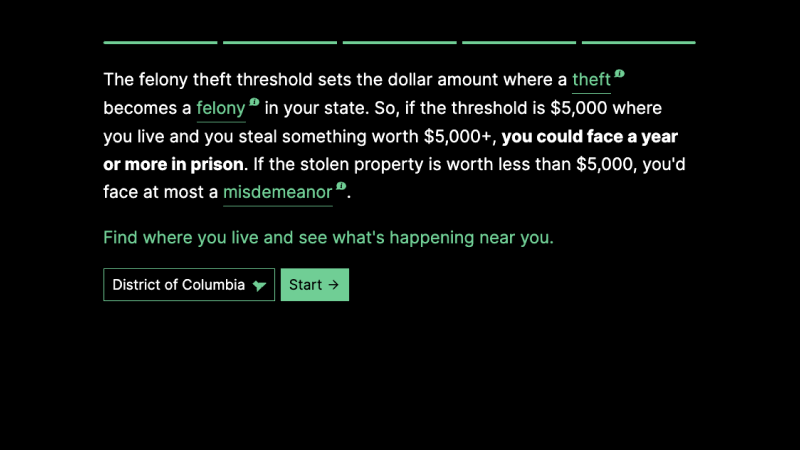 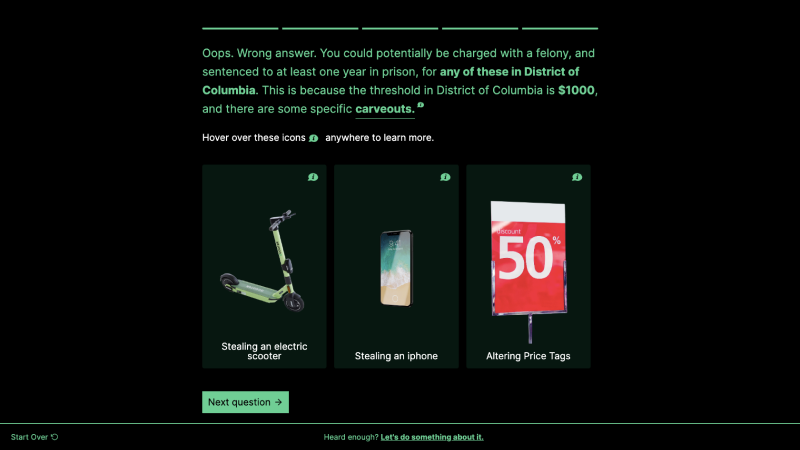 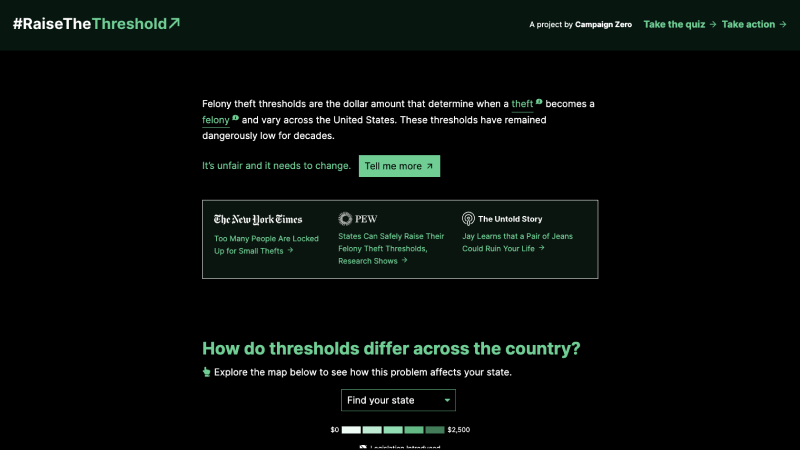 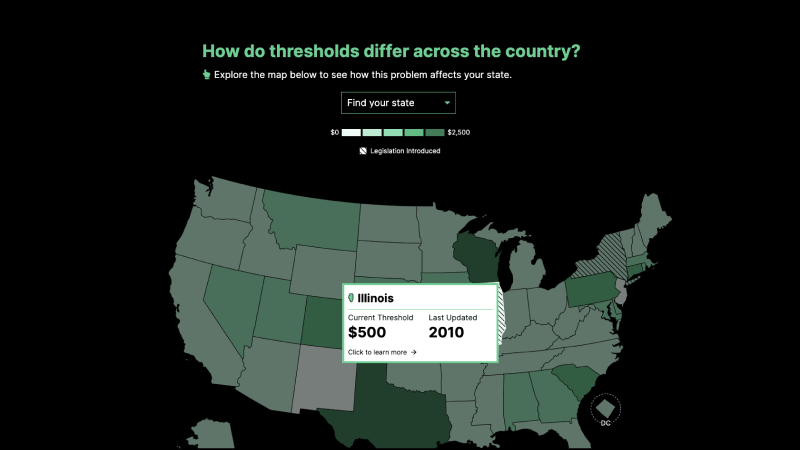 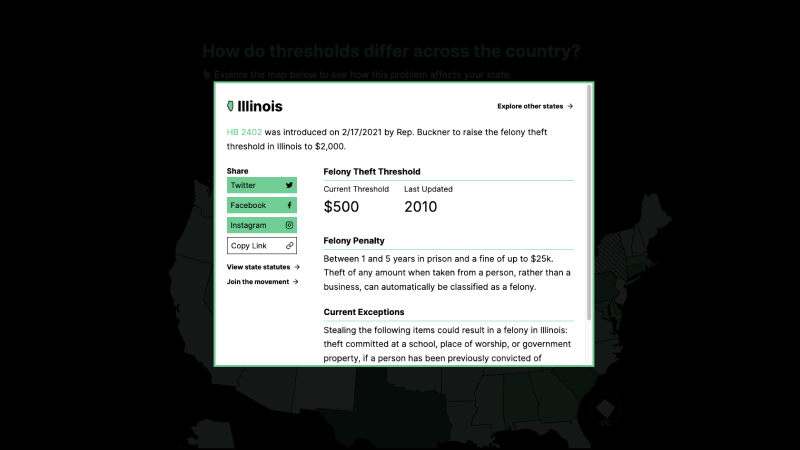 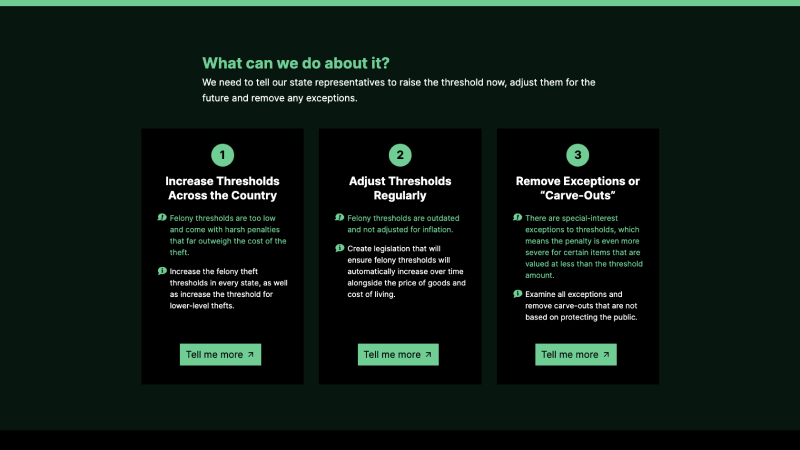 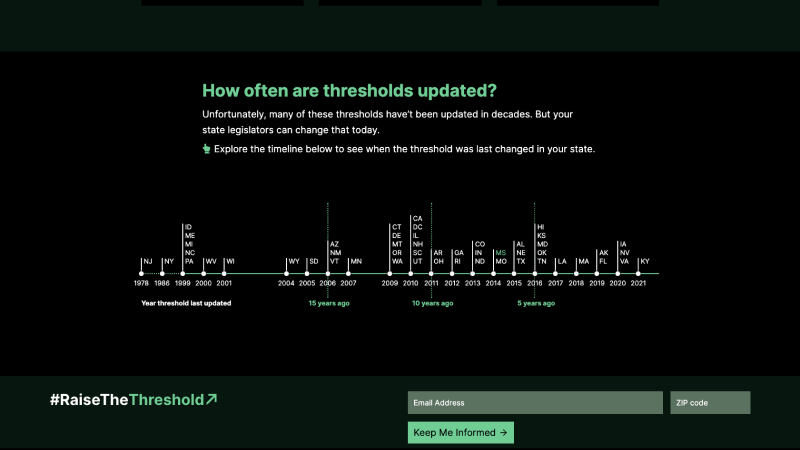