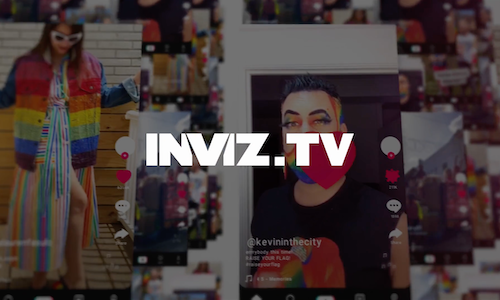 The Pride Eve social telethon/simulcast brought together all sides of the LGBTQ+ community to not only launch Pride Month but to also raise money to support key non-profit initiatives.  It served as a social media countdown to Pride Month to be celebrated nationwide through a digital telethon program simulcast across Instagram, TikTok, Youtube, and on Inviz.tv.  The telethon/simulcast encouraged viewers to purchase any of 24 unique pride flags, each flag representing a unique subsection of the LGBTQ+ community, of which all profits went to various LGBTQ+ initiatives including GLAAD, The Trevor Project and Project Contrast.  It was a totally unique digital and social campaign, combining narrative elements from television while innovating them by blending them with the format and editorial style of social media content on IG and TikTok.

The campaign showcased dozens of LGBTQ+ celebrities and influencers as they told their stories about their experiences, exploring LGBTQ+ topics like “The Black Queer Experience”, “Drag”, “Gatekeeping”, “Representation”, “Family” and more.   The goal was to speak in depth about community topics that often are discussed but not shared, allow different members of the community to share their unique perspectives about their LGBTQ+ experience, and also bring the community together in harmony to launch Pride Month and fight for their civil rights and equality.

The social telethon was strategically timed for the day before the start of Pride Month ("Pride Eve") to leverage community members, activists, and their social followings to amplify the message.  Each influencer was given their own individual video, as well as a place in a longer "live" 60-minute "digital" simulcast.  Influencers used their own "personal message" video on their personal channels ahead of the "live simulcast" in order to let followers know when the social telethon would go live.  This long-form "live special" streamed at 7pm on Pride Eve (May 31st) across influencer social channels, as well on the Inviz.tv web page.

The execution had several challenges including filming timelines, scale, budget as well as post-production limits.  We were brought on to the project on Monday, May 2nd, with a mandate that we had to begin shooting only 9 days later the following Tuesday, Monday, May 10th.  In addition, due to the shooting dates occurring just 3 weeks prior to the actual "Pride Eve" on May 31st, we faced an extremely tight post-production timeline.   The goal was to create a “TikTok” live and “Instagram” live long-form video “special”, which would be 40-60 minutes long.   This was to be created using the 60+ interviews we did in 4 days with members of the community.  We also then were tasked with creating up to 60 individual IG and TikTok assets as well, showcasing interview sound bites from each individual influencer who graciously gave their time to be in the special.

We were able to assemble a full film crew very quickly in 9 days and began shooting on May 10th, interviewing up to 20 celebrities/influencers, per day, between two different filming setups, which was a logistical challenge.  In order to meet the post-production deadline, we had a team of 3 editors on set.  As the footage was coming out of the camera, they were assembling cuts literally 20 feet away from where we were shooting in real time as we pieced together this special social telethon.

In addition, we had to add an additional day of shooting a week later to accommodate celebrity LGBTQ+ host Raven-Symone and her partner, as they only had a 3-hour window on a Saturday to shoot their segment.  This was to be done with a minimal production budget while also in the midst of the post-production process to launch the telethon.

Once we wrapped shooting, we only had 15 working days to cut a 45-60 minute special, in social formatting, with motion graphics, titles, and other elements.  We used our expertise in social media to cut the long-form telethon in a snappy, jump-cutty, "modular" way, knowing that people would only be watching "live" on IG or TikTok for 5-7 minutes at a time on social media.  A series of nine 6-9 minute "story pods" were created and strung together, each with a specific theme.  This allowed a person to drop in on the live broadcast and see a "story theme pod" as a coherent section of content.

The campaign generated over 2 million impressions while also including over 100+ LGBTQ+ influencers total, through both on-site interviews as well as self-tapes.

Celebrity influencers and talent that participated included Carson Kressley, Don Lemon, Raven-Symone, Lindsay Sterling, Ross the Intern, as well as dozens of other members of the community.

In addition, profits raised through sales of the flags were distributed to various LGBTQ+ organizations.  (We did not have purview on many of the stats and profit distributions as these were not released to us by Invisible Narratives.) 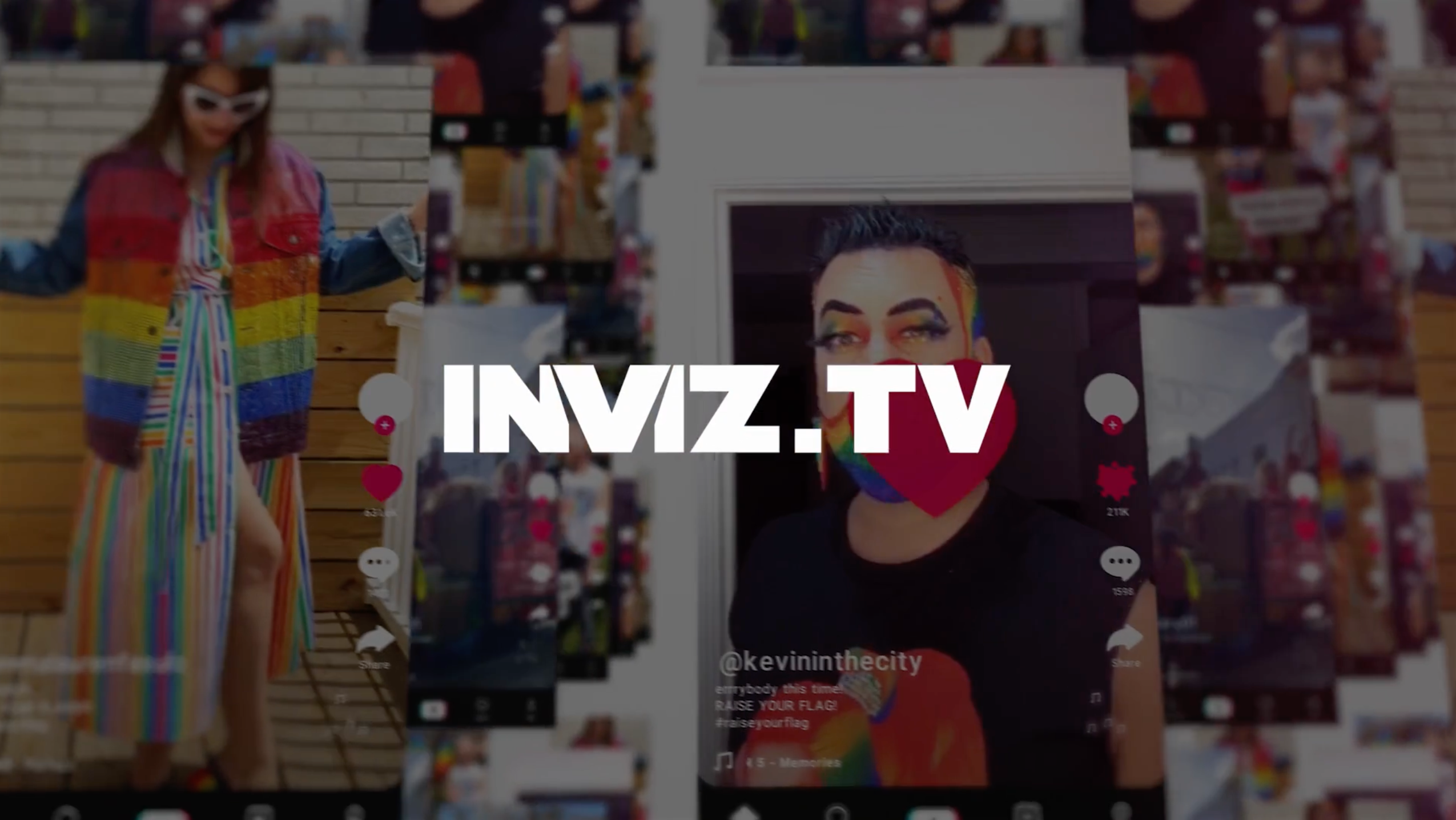