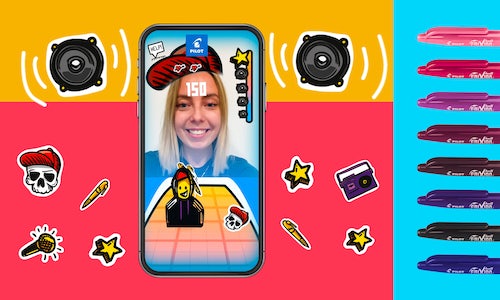 At the start of the campaign for the iconic Pilot pens, we had a TV ad spot for which we did the copywriting and voiceover as well as an idea built around an original hip-hop song. We and the client then decided to take things further and turn the spot into a 360° campaign aimed at effectively addressing schoolchildren before they returned to school, with overlap into the offline environment.

The online campaign was built around TikTok, Influencers, and an interactive AR game that we promoted via these channels. Offline, we used thematic stickers that children got for free by buying Pilot products.

The “Back to School” campaign aimed to effectively connect with consumers online before they returned to school with an expected overlap into the offline world and sales. The campaign’s goal was to join offline shops with the online environment, where the target group actively frequents, and implement all of the current trends found primarily on social media.

Main goals:
15 mil. campaign impressions
thousands of players for the AR game (5 thou. max)
15 thou. visitors to the microsite
CPM on YouTube at approx. CZK 75

We took the original ad spot and turned it into a 360° campaign that connected the offline and online environments. We also created a microsite for the whole campaign, which included its concept, copywriting, graphics, coding, hosting, and analytics setting. As part of this campaign, we produced thematic stickers that the children received for free by purchasing two Pilot products. We then brought the physical stickers to the online world and turned them into GIFs that our target group could post on both their Instagram profiles and Instagram Stories. These GIFs were viewed 258 thou. times. Key visuals, social media creatives, and YouTube videos of various lengths were also made using the original ad spot.

By scanning the sticker QR code on the products, the children opened an Instagram AR game. The goal of the game was to catch as many pens as possible until the entire song played out. By sharing their scores on Instagram Stories, they could win special edition gift boxes of Pilot pens that were made at our workshop to match the campaign. In so doing, we effectively joined the offline and online environments.

We pushed the Instagram AR filter, which is new in and of itself, to the next level and created within its environment a game motivated by the chance to win products, which motivated the users to use the AR filter even more. As some of the first to do so in the CZ, we tested out an auction buy of media space on TikTok. We made a special video format for TikTok as well as other links of the campaign’s concept via Influencers.

We communicated the entire campaign and, more importantly, the AR game, using videos and static outputs, not only on social media but also via influencers and PR articles. We mainly used social media and influencers to reach out to the first and second target groups, and, apart from the methods mentioned above, we created interesting PR articles for the third group.

The campaign outperformed all expectations. Over 25thou. players played our AR game, despite our estimate of only up to 5 thou., thus increasing our expectations by 500%. And thanks to TikTok, the campaign generated nearly 23 mil. ad views (15 mil. estimate) with 1 mil. unique users, and the microsite had nearly 20 thou. visits (15 thou. estimate). Thus, we surpassed the number of impressions by 153% and visits to the microsite by 123%. This equated to a cost-effective reach of our primary target group (primary schoolchildren + teenagers), with an overlap in the online vs. offline environment and increased brand awareness. The greatest success was then the international growth of Pilot product sales by 15%.

On YouTube, we reached nearly 1.35 mil. users and surpassed the number of impressions by 26% compared to our plan. Plus, we received a CMP of approx. CZK 60, which was CZK 15 less than our estimate.

Apart from comparing the KPI and results, we measured the campaign’s success with OMG research, where respondents demonstrated that they remembered the campaign. There were 500 respondents in total. The data were compared before and after the campaign, and the evidence showed a distinct increase in spontaneous knowledge and purchasing preferences. In addition, 1/4th of the respondents stated they became aware of the Pilot brand only thanks to the campaign.

The campaign outperformed both our and the client’s expectations, which is why we mutually agreed to run it again next year. 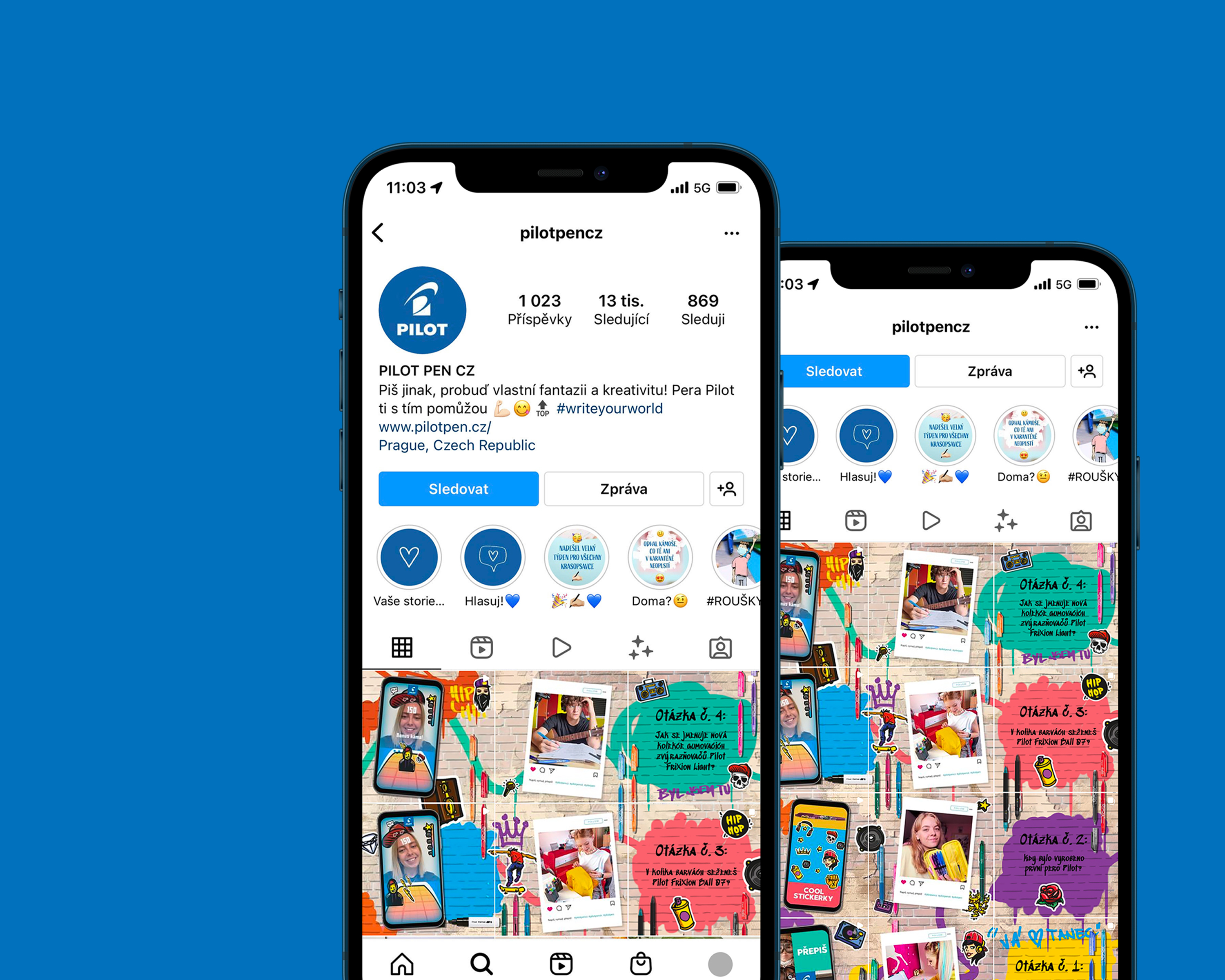 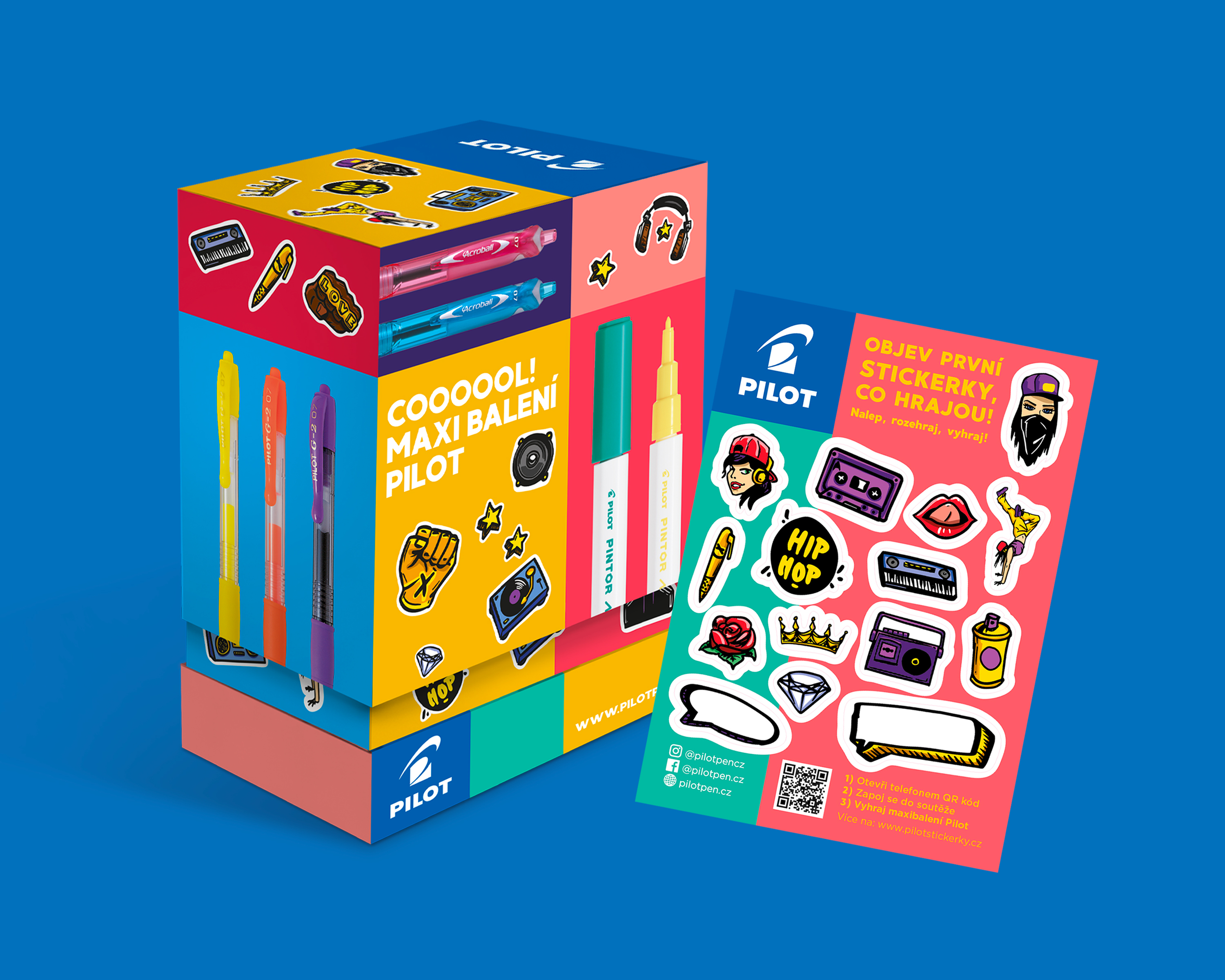 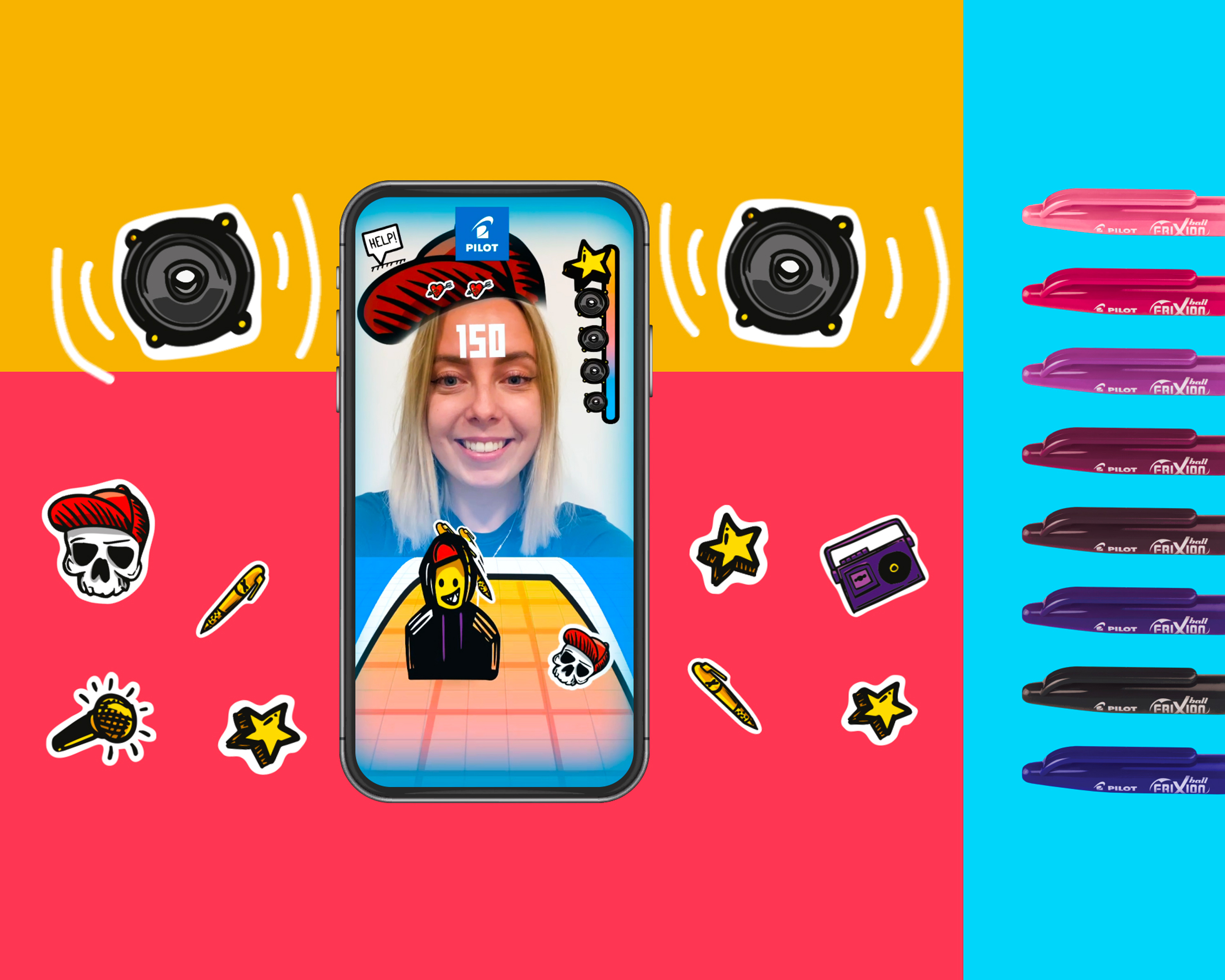