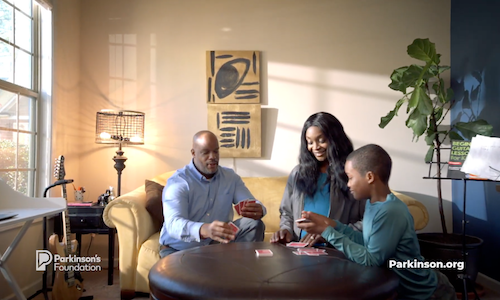 Over one million people in the U.S. have Parkinson’s disease (PD), which is expected to rise to 1.2 million by 2030. Parkinson’s does not just affect the diagnosed: it changes life for everyone who helps support and care for them. The Parkinson’s Foundation works to make life better for people with PD and their families. We provide expert care, research, education and more to help those with PD live well as we work toward a cure.

The “Better Lives. Together.” PSA set out to achieve three goals. The first goal was to reach people living with PD and their families, to demonstrate living a great life with the disease is possible. We aimed to reach new audiences.

We also set out to reach people in rural areas or areas geographically distant from a Parkinson’s Foundation chapter. The Foundation’s Helpline serves people in all areas of the country, regardless of location, and provides support in English and Spanish. Our strategy was to broadcast the PSA in smaller markets so that everyone could become aware of the Foundation as an available, trusted resource.

Our final goal was to break stereotypes about the disease. Parkinson’s is often considered an “old white man’s disease”; for this reason, it was essential to highlight a diverse group of individuals living with PD in the PSA. We chose to feature the family unit, as family members are often the first to notice PD symptoms in a loved one and reach out to the Foundation for help.

This entry deserves to win because our PSA gives people with Parkinson’s disease (PD) hope for a good life. We made the conscious decision to film real people with PD and their families so the PSA would feel authentic to viewers. Filming real people with PD is a challenge; Parkinson’s causes speech, cognitive and mobility issues, so asking someone who lives with the disease to appear on camera and to perform certain actions is inherently more complicated than hiring actors.

Through our PSA, we also aimed to break stereotypes regarding the type of person who lives with PD. To do so, we sought to find a diverse group of people – including a variety of family dynamics – who would both agree to be filmed and who could physically manage the demands of filming, especially during a pandemic. We ensured that everyone participating in the PSA felt comfortable publicly sharing their diagnosis, as many people in the PD community prefer to be discrete. After some effort, we found our “actors” in Atlanta; the group included women with PD, African Americans with PD and younger people with PD. In addition to the cast, we hired an incredible production crew who had personal connections to the disease. We wanted to ensure the crew understood the unique needs of people with PD to ensure a smooth filming process.

The setting of the PSA demonstrated authenticity, as we filmed the PSA in the actual houses of people living with PD. We aimed to show these people going through their everyday routines while still enjoying their lives. The families featured in the PSA came together to support our vision. Spouses took off work, children took a day off from school or came home from college and an entire boxing class came prepared to show the world that PD is tough, but they are tougher.

One major challenge we encountered while filming this PSA was the physical limitations that accompany PD. Vocal issues and cognitive challenges made it difficult for our talent to speak clearly and memorize lines. As a result, we opted to include a voiceover in the PSA rather than having our actors speak. This took a significant weight off the actors and the crew, allowing us to record stellar footage. We were later able to translate the voiceover to Spanish, which contributed to our goal of reaching new audiences.

Finally, we layered our PSA with the real stories of the individuals featured by including their names and relationship to the disease on screen. “Better Lives. Together.” is a genuinely unique PSA that inspires and offers hope to the entire PD community.

The results of the “Better Lives. Together.” PSA surpassed all goals. We organized unpaid national promotion of the PSA, requesting donated media placements. Boom Broadcast, who distributed the PSA, sends us a monthly report of all the stations who played our PSA. Within just four months, the PSA garnered over $18.5 million in donated ad value. This included 41,568 television airings for an audience of 305,901,321, plus 23,203 radio airings with an audience of 70,819,370.

Our mission at the Parkinson’s Foundation is to raise awareness and help people with Parkinson’s disease (PD) live better lives. The feedback we received via our Helpline has demonstrated the PSA’s impact on a national scale. After the PSA was broadcast, we were thrilled to receive our first Helpline call from Maine, an area where the Foundation has no local presence. This example demonstrates how our “Better Lives. Together.” PSA helps the Foundation reach new audiences.

The PSA has also led to increased media interest for our participants. Susan was featured in radio and TV interviews with the Foundation’s CEO during Parkinson’s Awareness Month this past April, where she shared her experience as a working woman with PD. Another one of our PSA participants, Tyaisha, has been able to share her story about the challenges of receiving a PD diagnosis as a young black woman and advocating for herself to get proper care. This PSA will continue to help people across the U.S gain access to better care and live better lives with PD. 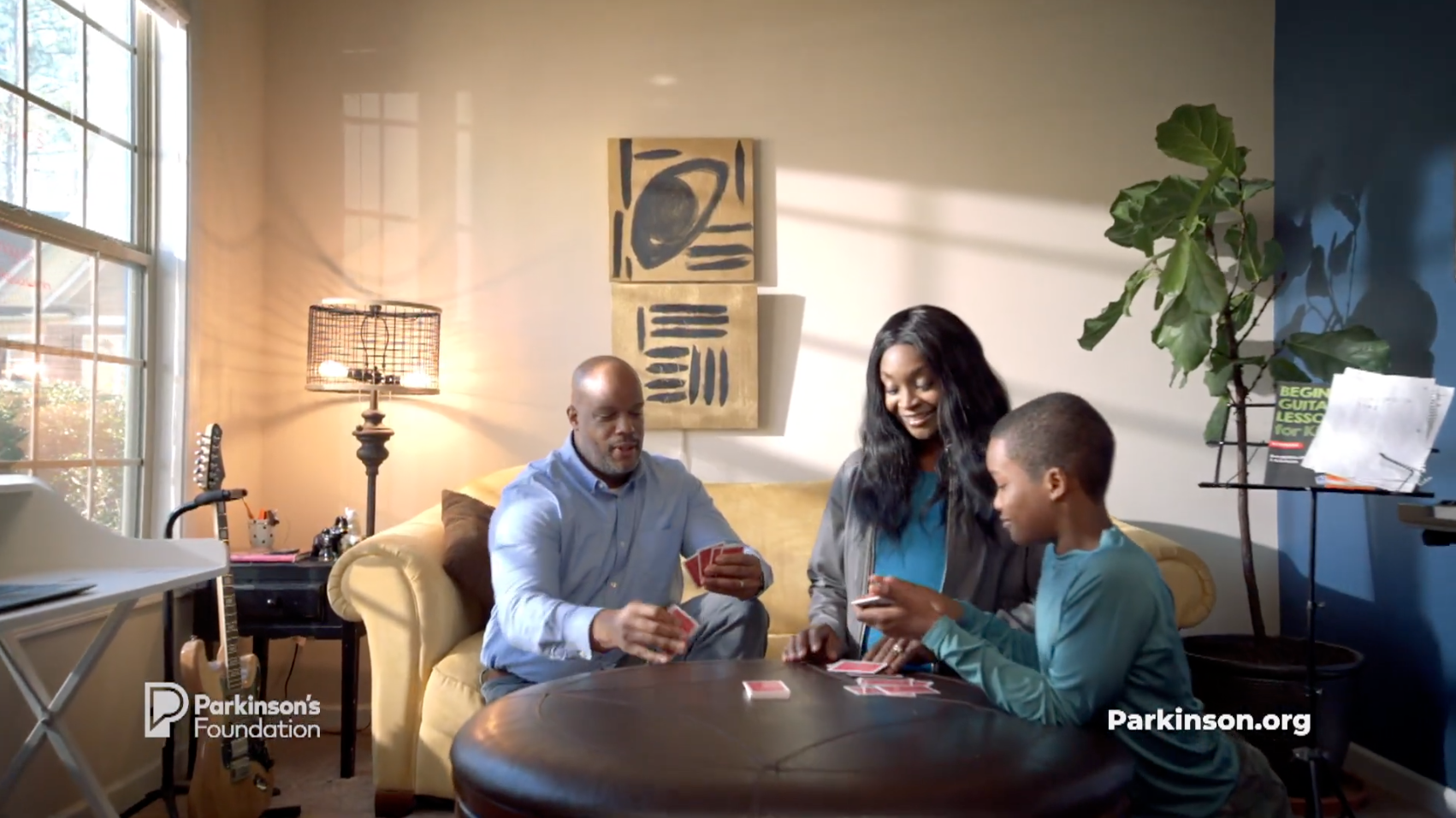