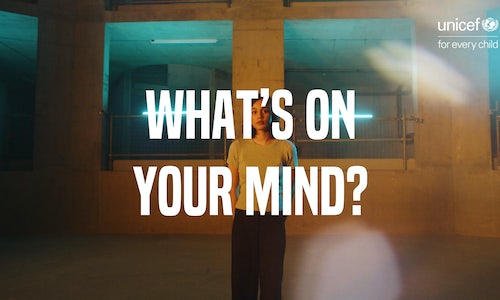 The COVID-19 pandemic has highlighted how much turmoil in the outside world can affect the world inside our heads. With 1 in 7 children and adolescents (10 to 19) living with a mental health condition globally, bringing attention, understanding and investment in mental health has never been more urgent.

The goal of #OnMyMind is to help achieve UNICEF's target of stronger engagement and behavioural change on mental health in 25 countries by 2025. The campaign provides expert advice to help children, young people and caregivers:

#OnMyMind launched in October 2021 in 168 countries with the call It starts with one moment, one question, one conversation: What’s on your mind?

Online narratives focus primarily on self-care. But evidence has shown that you can’t take care of your mental health alone. The mental health of children and young people is especially tightly bound to the people around them. Therefore, reaching their support networks is as important as reaching them.

We set ourselves the task of helping people understand that support starts with reaching out and talking about what’s on your mind.

Our challenge? The campaign needed to speak to several geographic and demographic segments - meeting people where they are on their mental health journeys. “#OnMyMind” came from the universally familiar phrase ‘what’s on your mind?” which is:

The campaign launched with:

UNICEF enlisted the help of experts, influencers and partners with a large digital footprint, including Sergio Ramos, the International Cricket Council, and Thalia among others. Campaign content was also featured on Facebook's Emotional Health hub, Twitter’s COVID-19 information hub and Giphy’s homepage.

From the number of people reached, to the overwhelming positive reaction, the #OnMyMind campaign went beyond its objectives in terms of reach as well as social impact - becoming one of UNICEF’s biggest digital campaigns of all time.

The campaign has been seen 3.8 billion times on social media and has generated:

13 million people have visited the mental health resources on unicef.org and are spending on average 2.51 minutes reading help articles.

During the launch in October 2021, 22% of social media engagements were generated by non-UNICEF accounts, including high-profile influencers and partners, illustrating the universality of the campaign’s message.

In a survey of the mental health resources on unicef.org, 87% of readers said they “understand the topic better now” and 85% said “they plan to use the tips” provided, clearly showing the high retention and impact of our campaign.

The campaign has been referenced by health organizations, schools and the media. It has been adopted by the UAE government and the expert resources have been cited by the US government in their “Protecting Young Mental Health” report.

The campaign is strongly resonating with young people, caregivers and mental health professionals, as demonstrated by the uniquely positive, personal and constructive comments on social channels – from people sharing personal experiences to providing suggestions for others.

#OnMyMind continues to gather momentum globally as more partners and influencers come on board to address stigma around mental health. 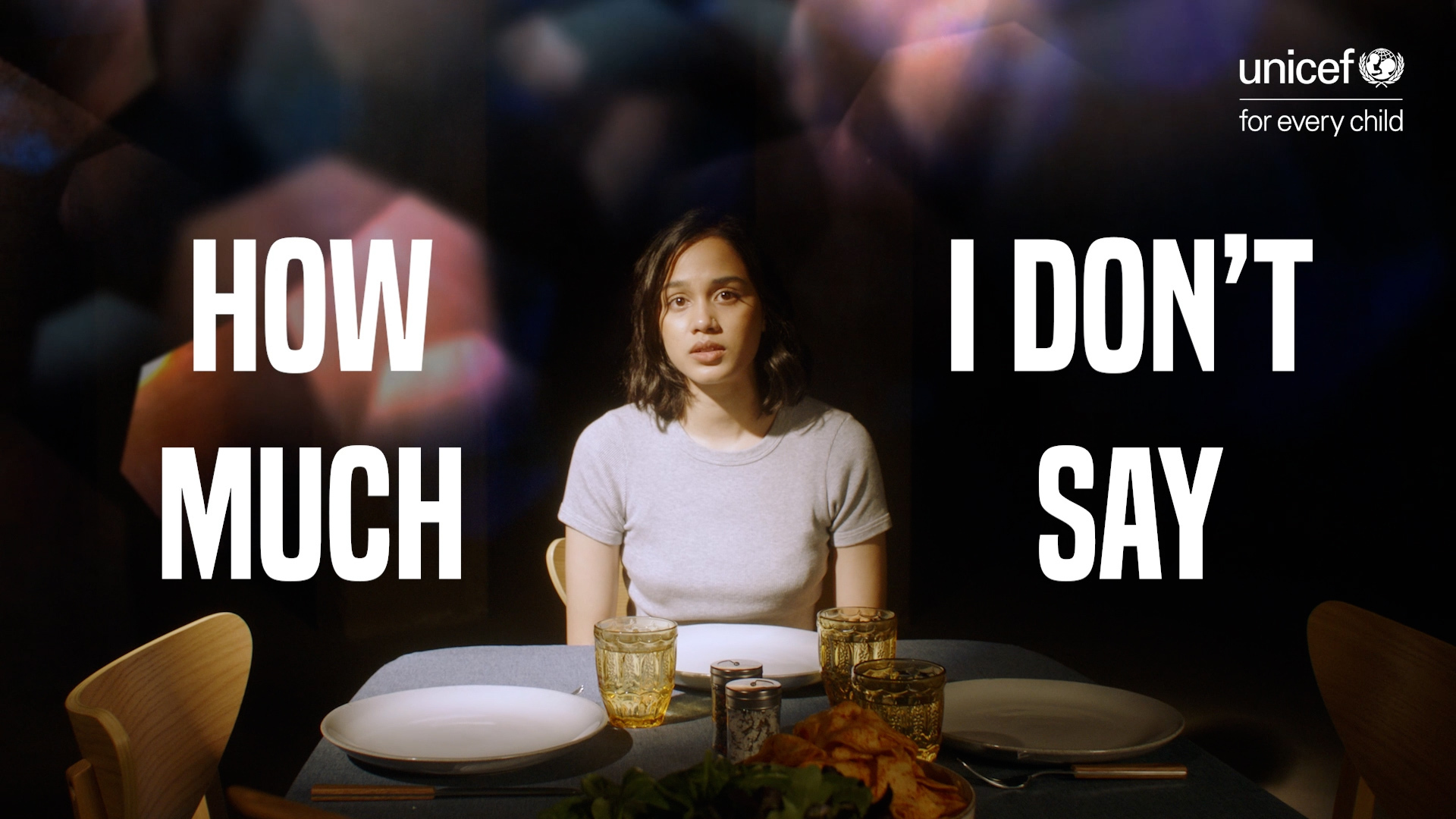 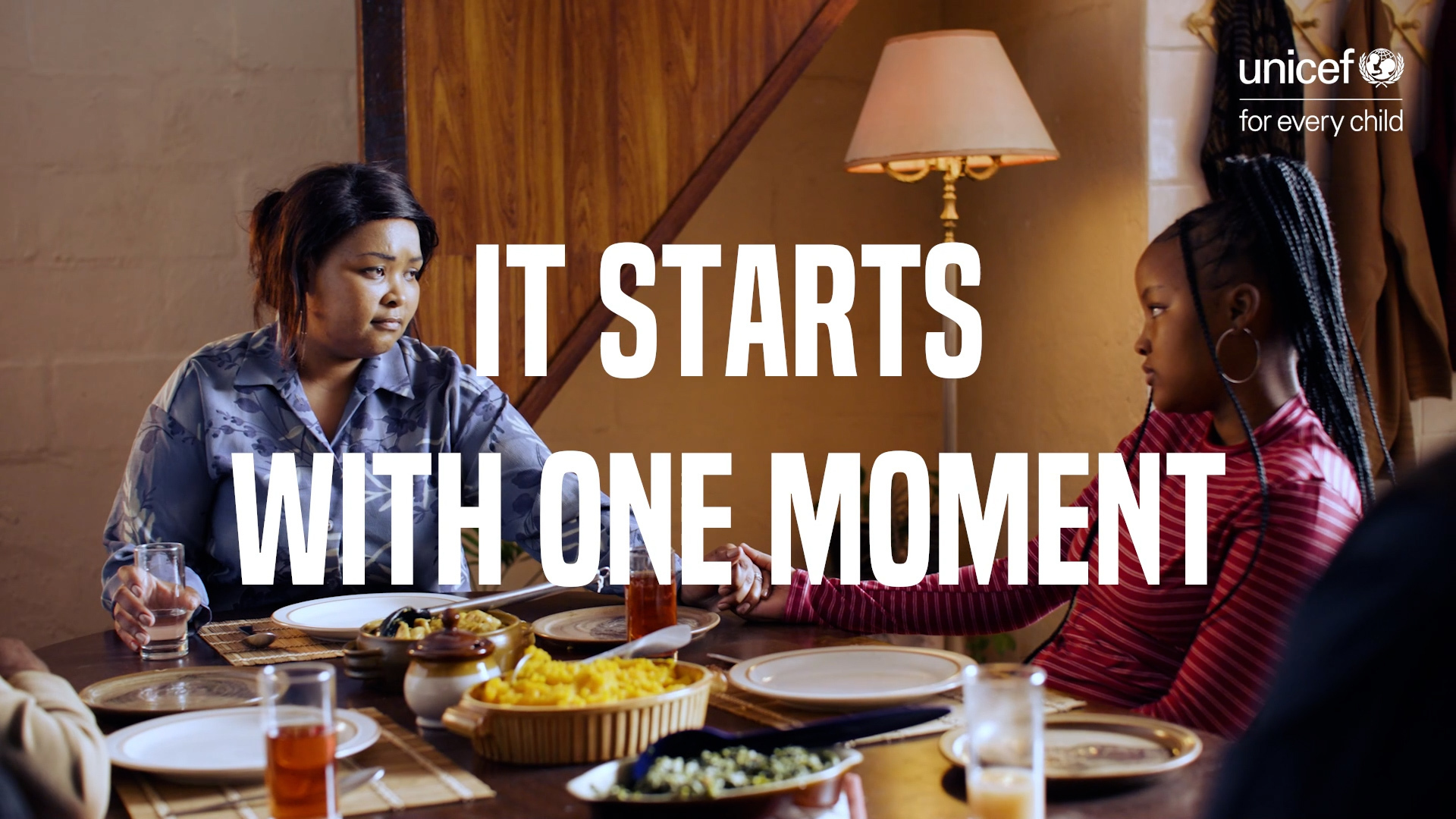 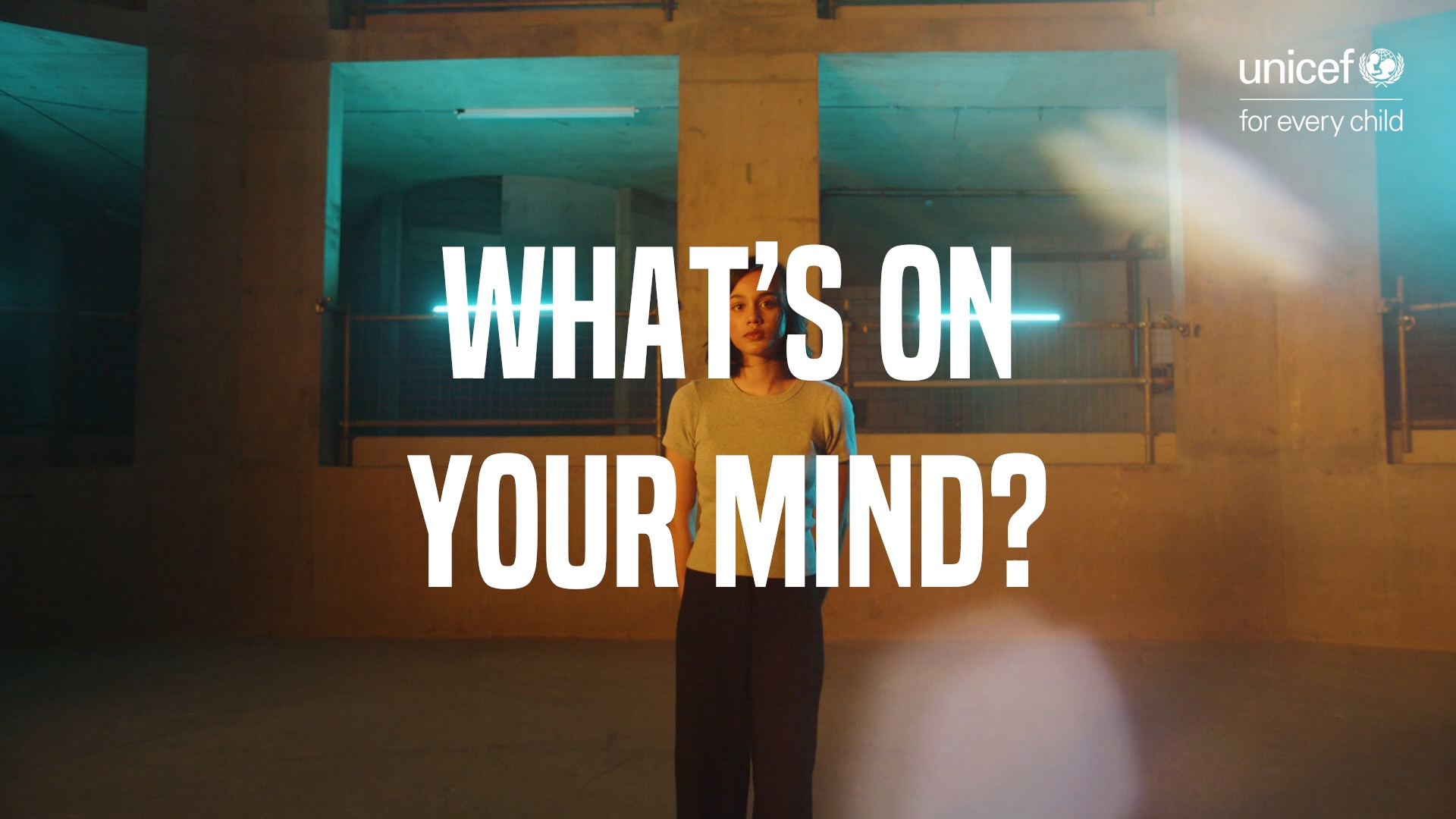 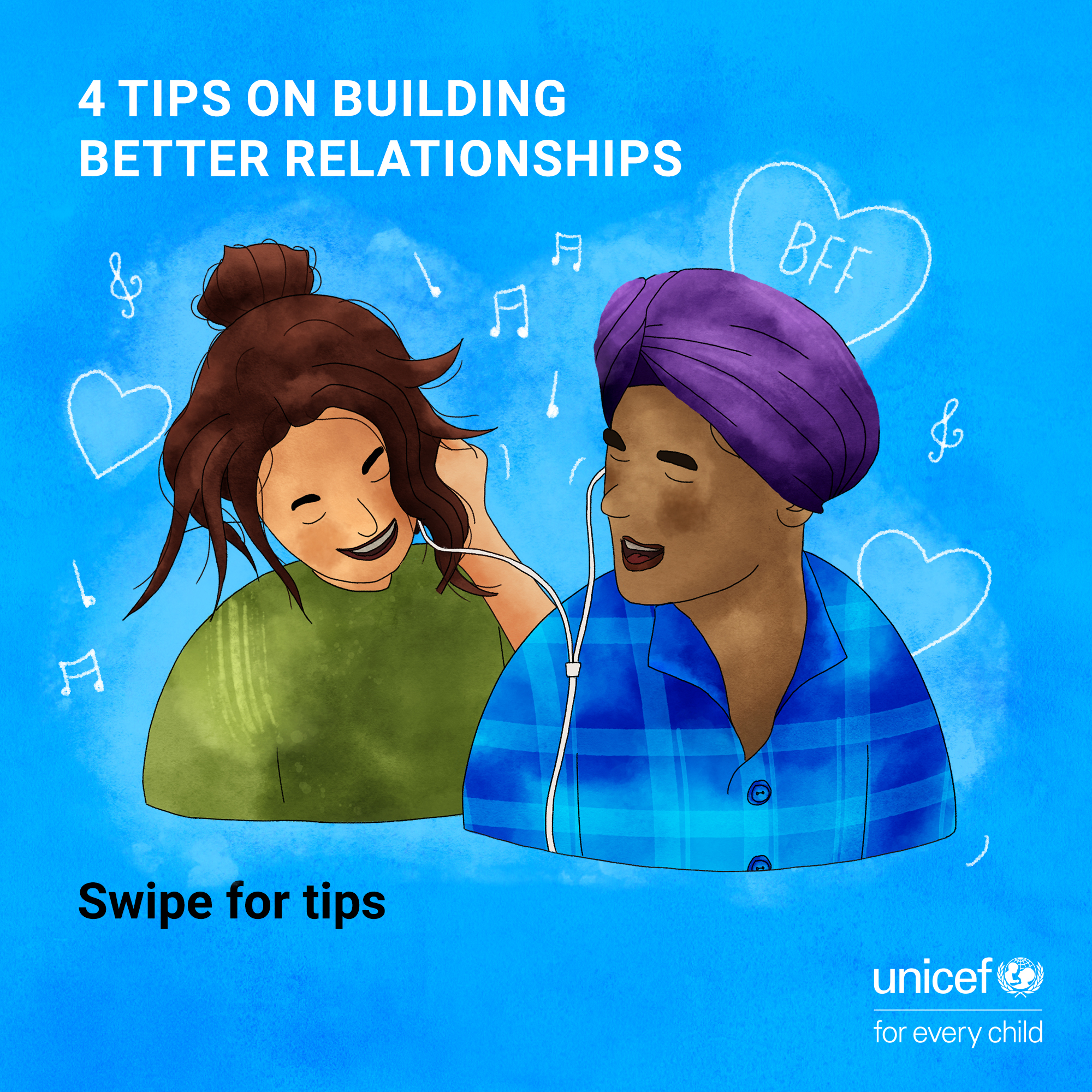 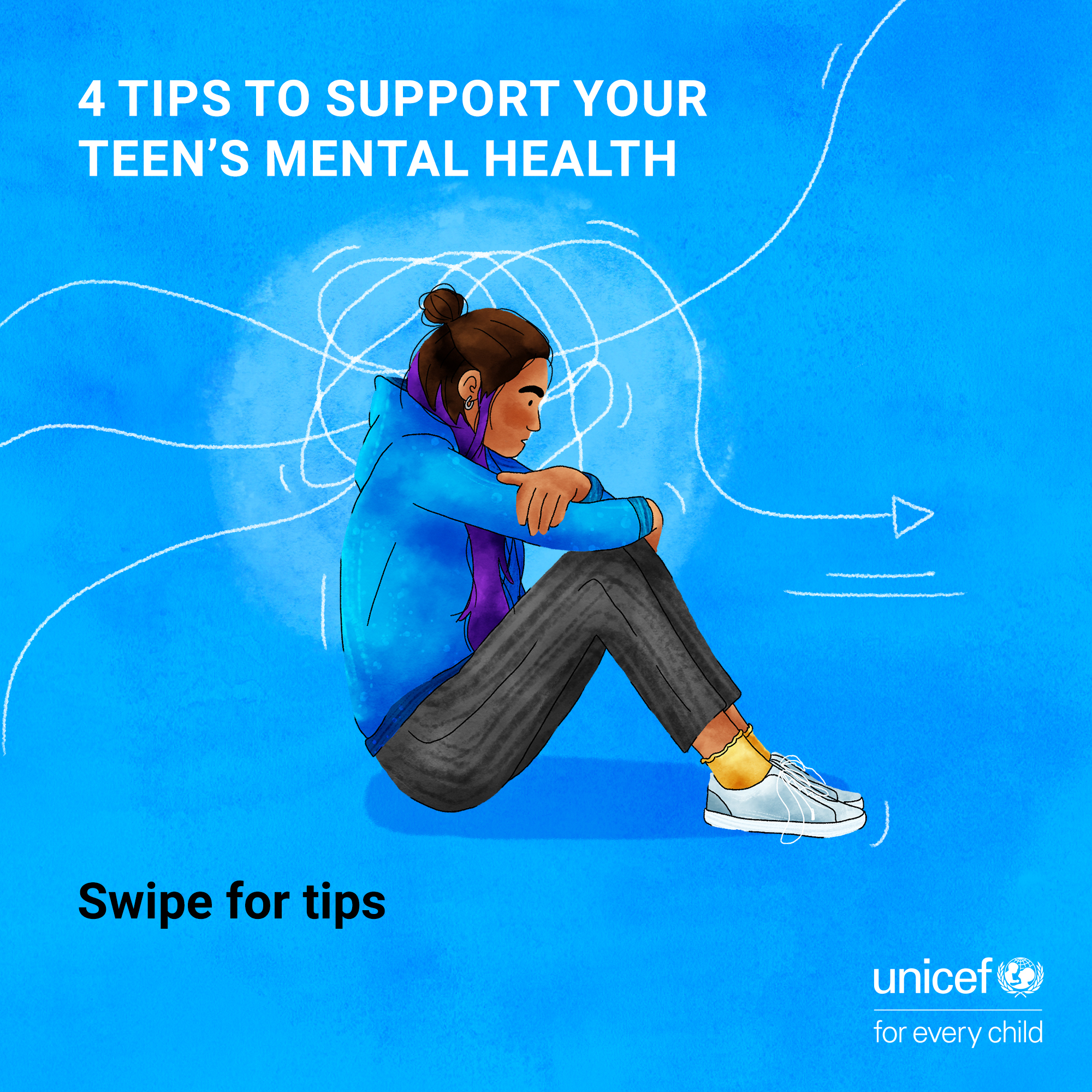