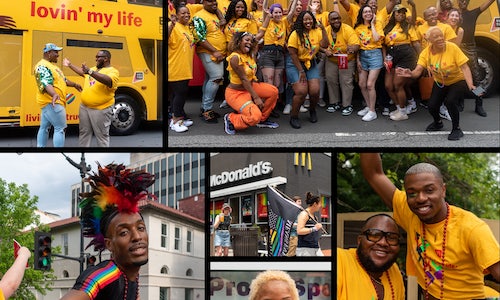 We supported McDonald’s franchises in four markets, representing over 800 restaurants. This year, Davis Elen brought the McDonald’s Pride mantra to life through Pride activations in Washington, D.C.; Portland, OR; and Seattle., WA for our franchisees. We also represented Chicago-headquartered McDonald’s Corporate for its Pride parade in Chicago.

Our partners at McDonald’s are striving not just to ‘talk the talk’ but ‘walk the walk.’ McDonald’s established a new mantra for Pride. One that is predicated on inclusive and equitable practices and engagement.

The mantra states that McDonald’s supports, encourages, and amplifies inclusivity & representation, and that all people associated with the brand should be their authentic selves. Simply stated: To be lovin’ their life, living their truth, real and out loud.

We always strive to engage with the LGBTQ+ community on behalf of McDonald’s as a year-round commitment. Aside from Pride, we leverage social media influencers with an annual promotional calendar. None of them talk about “pride” or message that they are LGBTQ+. Instead, they talk about everyday life and positive associations with the brand in a way that is authentic to them. Our strategy is to share original, relatable content that reflects inclusivity and representation for our influencers.

Our credo: Do good because doing good is the right thing to do, not because you want credit for it. We know from experience that doing good builds equity for the brand, which will yield immeasurable dividends in the future while concurrently creating a more inclusive space for all.

Our plan, engage with local Influential LGBTQ+ voices to inspire their community to live their best pride all supported by their local McDonald’s.

Our activations included our Influential Influencers being featured in their local Pride parades on a double-decker bus for Washington, DC, floats in Seattle and Chicago, and a boost on the ground approach in our Portland, Oregon market. The execution included handing out swag to the crowds that included livin’ my truth flags and capturing their most authentic Pride experience to share with their social audiences.

D.C Pride featured DMV local and recent winner of Netflix’s Season 4 The Circle, Frank Grimsely. Frank, a lover of the brand, showcased how special this year’s Pride event was for him. Until the show launched, Frank had not come out to his family or community, which came with an extremely painful internal battle he had to deal with for years. As he tells it, it was truly heartbreaking, and he was really beginning to lose confidence in what his future held. BUT, as you can see by the content within this submission, Frank is living his best life, real and out loud, and moreover, was proud to partner with McDonald’s as an ambassador for Living that authentic truth. This is a game changer.

Portland Pride featured Brian and Jonathan of The Gay Beards in a unique boots-on-the-ground activation. Although denied a float in the Portland Parade, Davis Elen was determined to provide a presence for our local franchisee partners and the McDonald’s brand. The local McDonald’s owner operators are employ over 9k people locally, many of whom are a part of the LGBTQ+ community and/or are allies. We wanted to showcase their commitment to inclusivity and to give those employees and local community members an opportunity to feel seen. So, Brian and Jonathan (the Gay Beards) were out and about in Portland handing out arch cards and sharing the love to those in their community who were living their truth!

Seattle Pride featured Newlyweds, Taylor& Susannah who were able to celebrate this year's pride as a married couple with their community!

The results we received from this campaign all yielded above engagement rate benchmark and delivered over our estimated reach! But the real indicator of a successful and impactful campaign came from the positive brand sentiment and conversations we saw in the comment section of the Influencers post.

Not only were our clients, our stakeholders and our participants satisfied with our activations, our local community partners who threw these events were, too.

Our number one deal-breaker was to participate in a capacity that did not give back to the local LGBTQ+ community. Each city we activated in included both financial and volunteer support of each local LGBTQ+ non-profit partner. 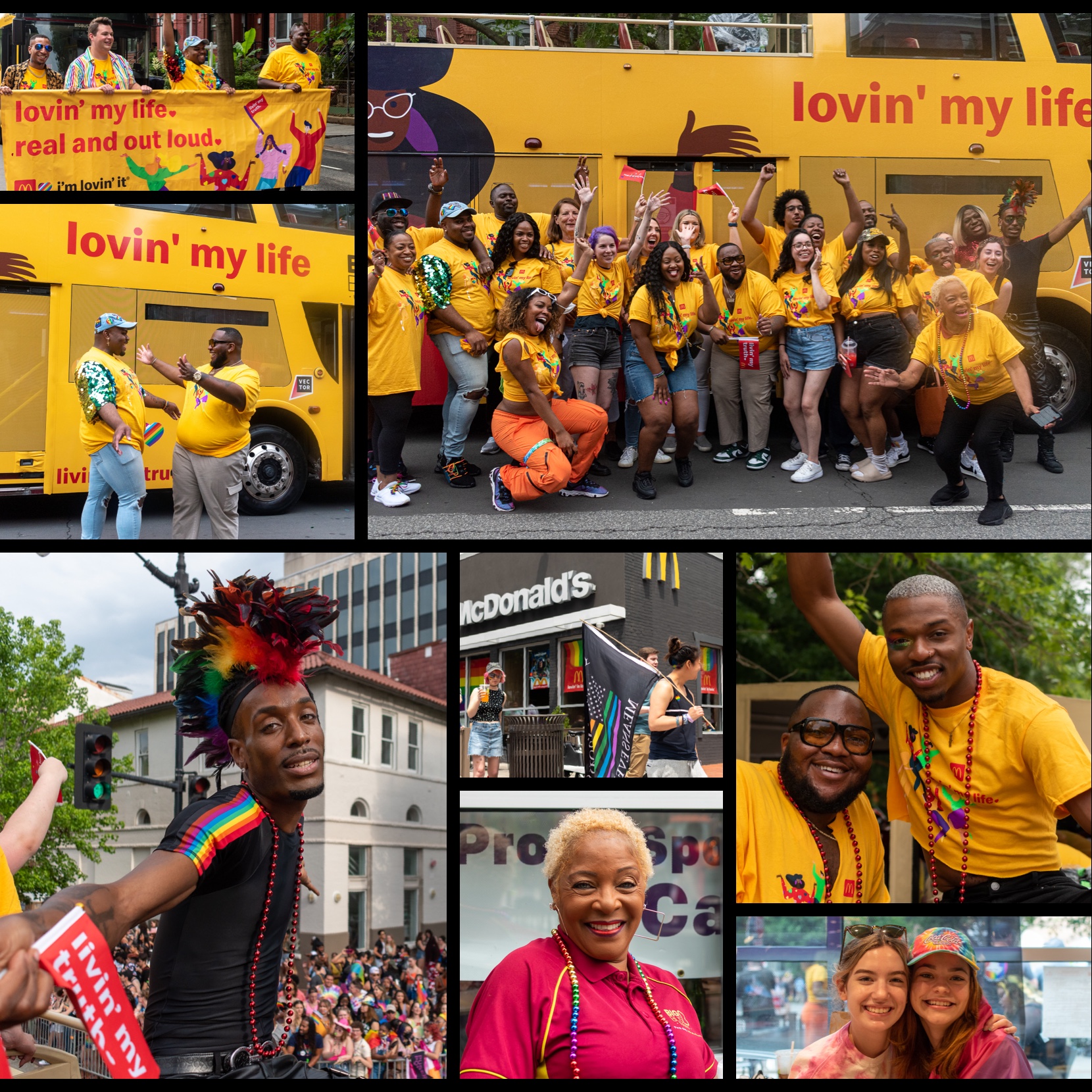 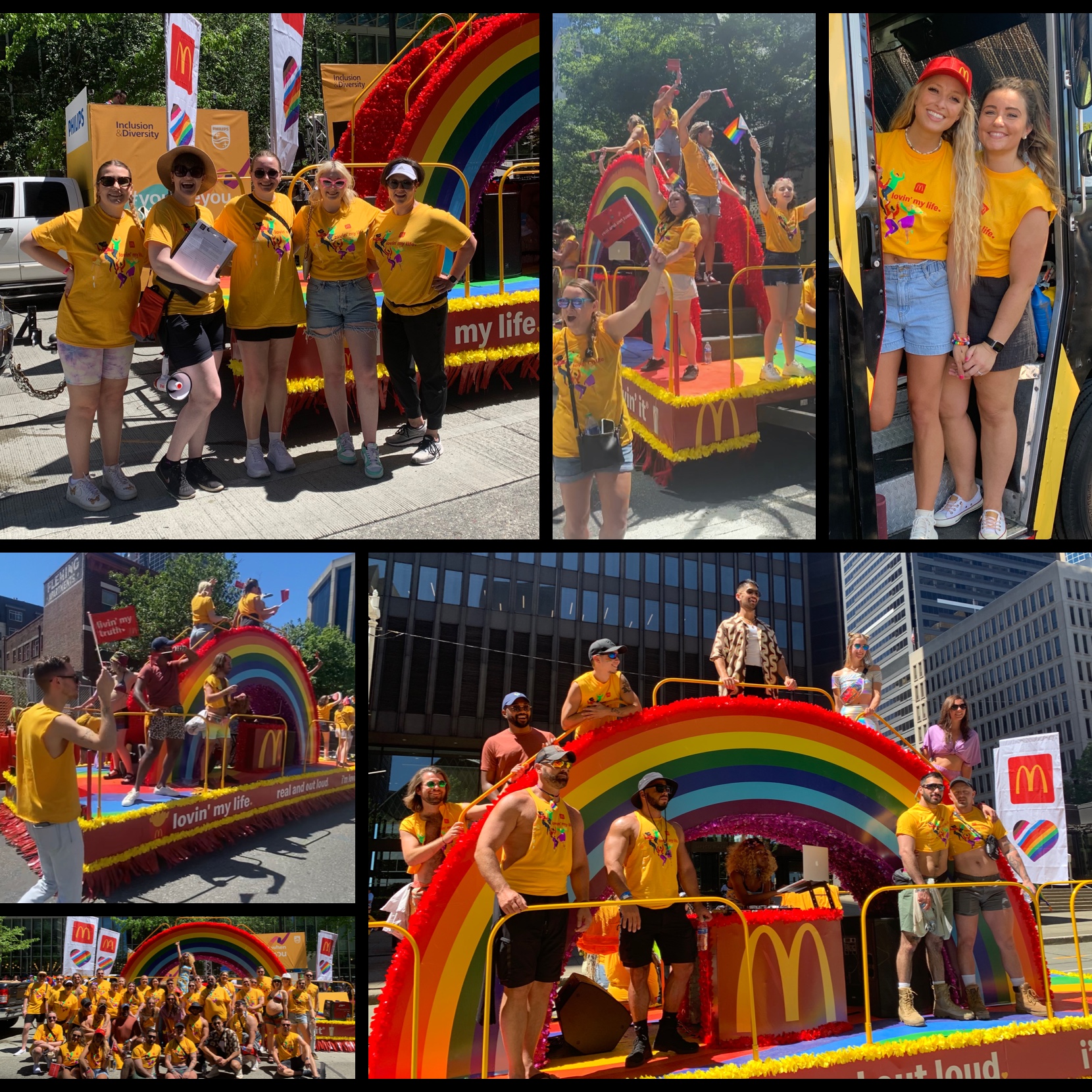 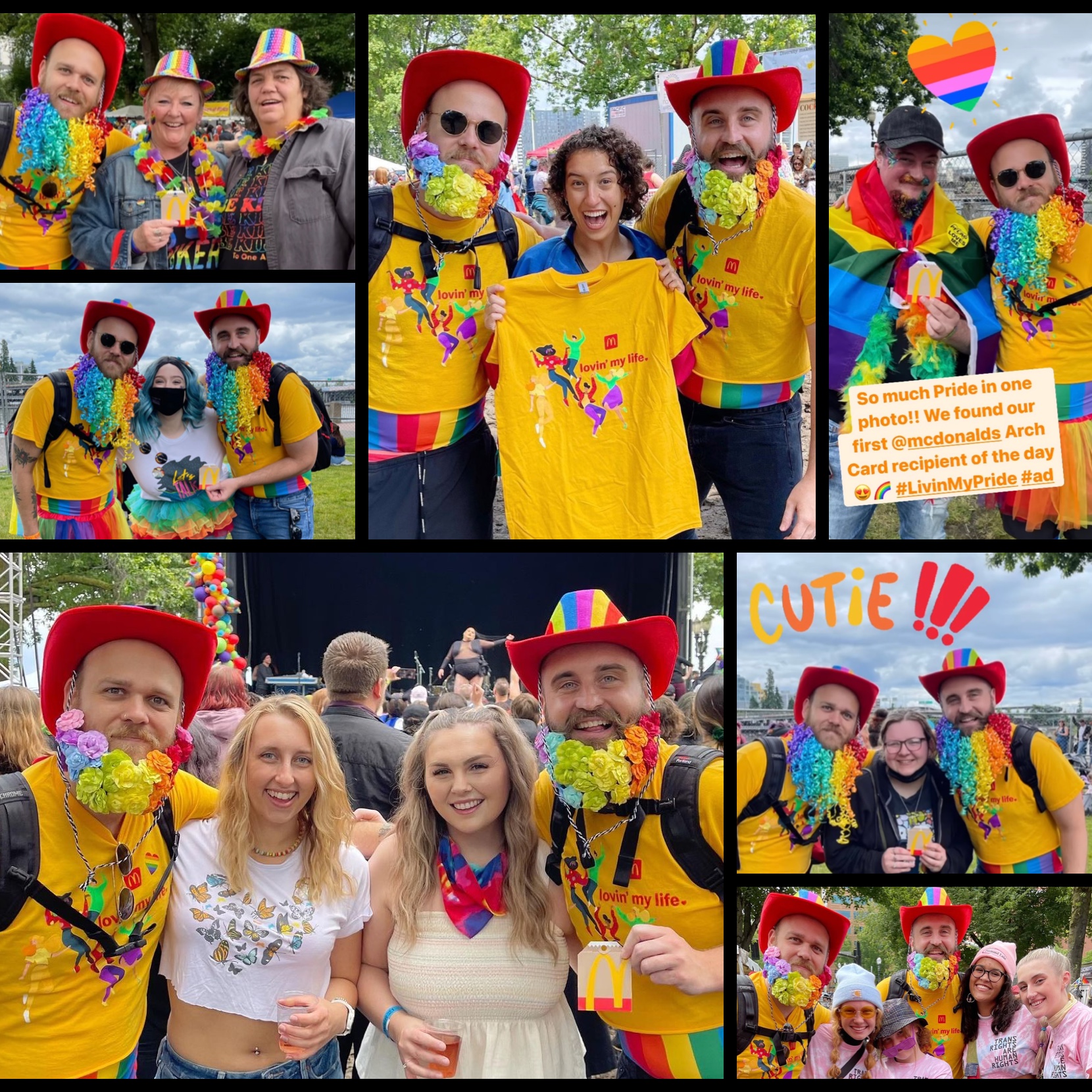 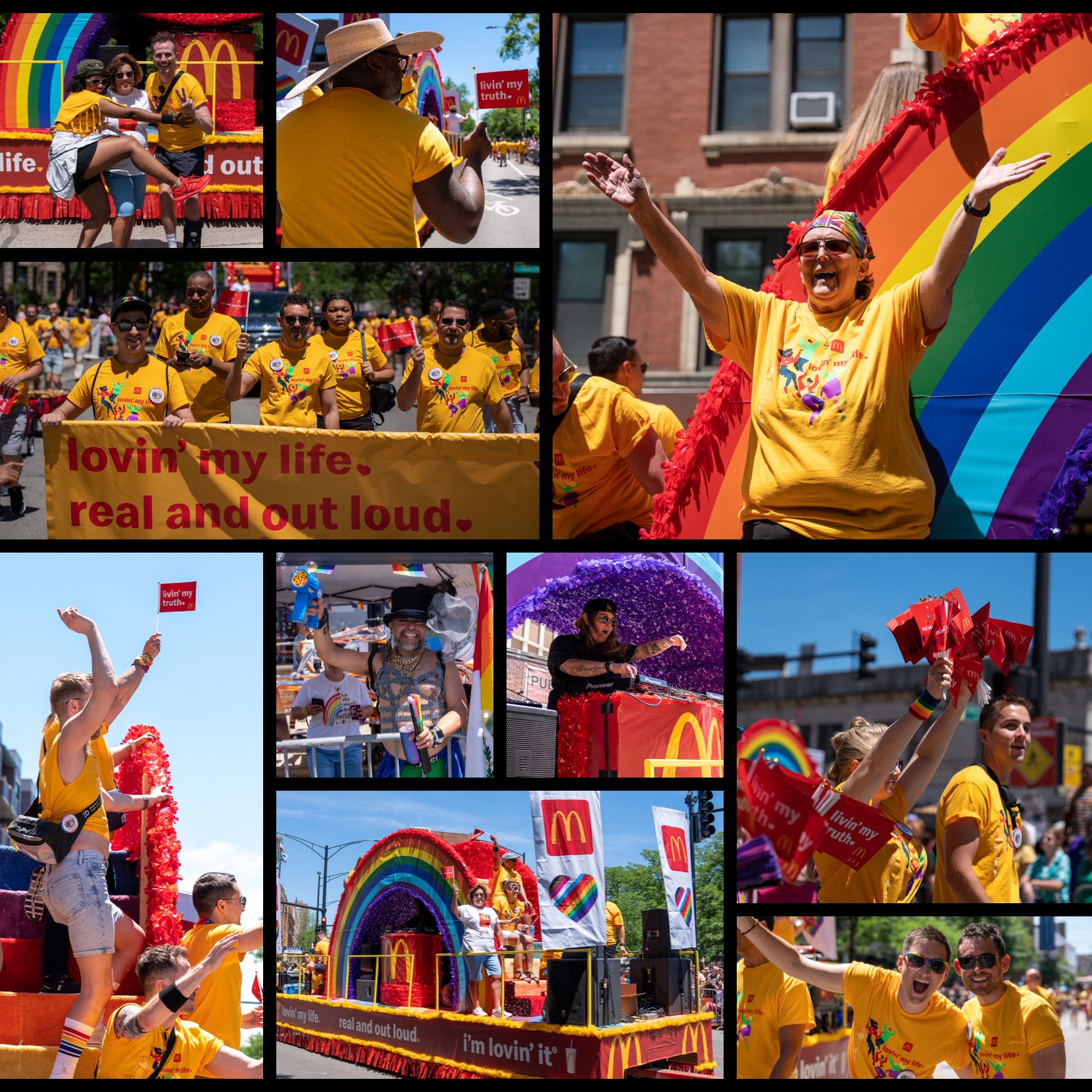 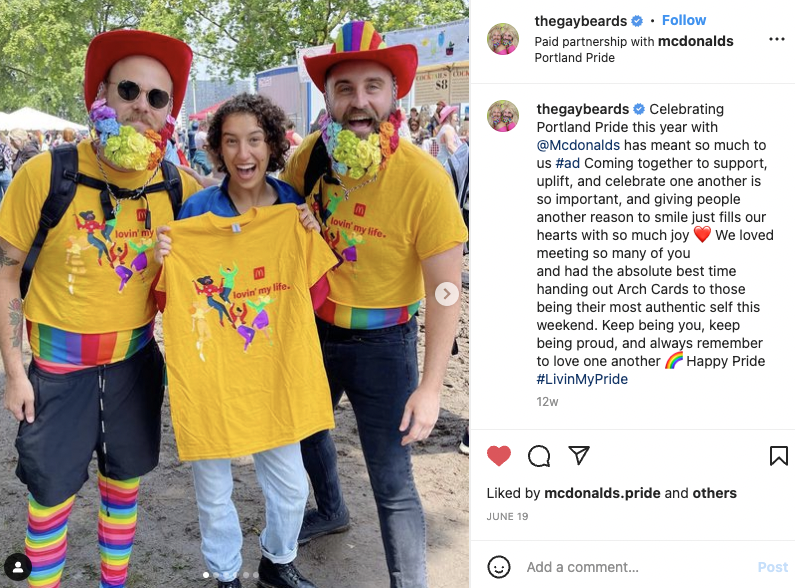 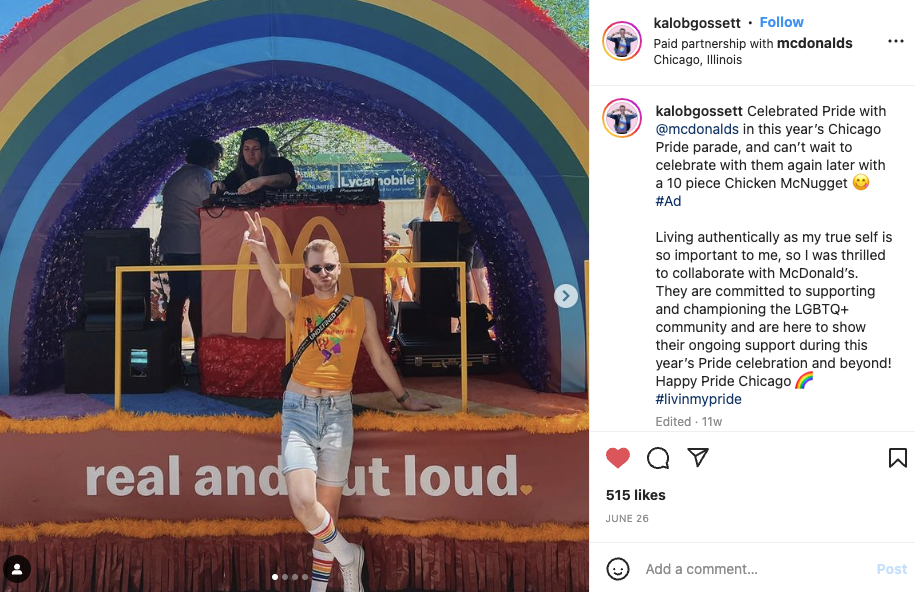 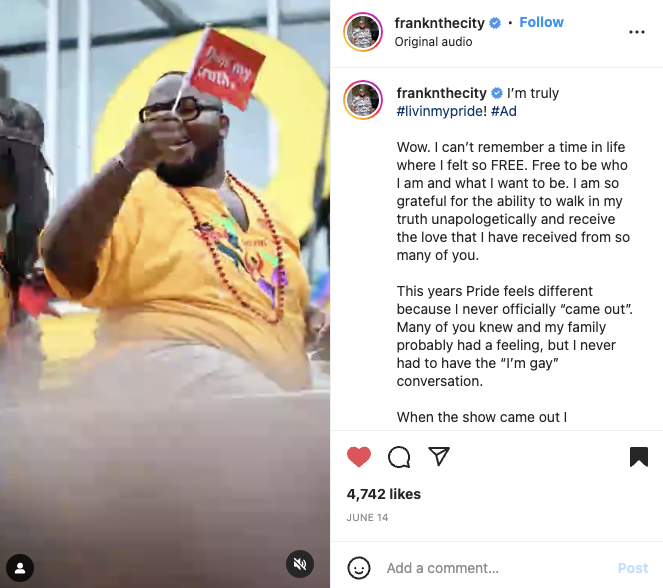 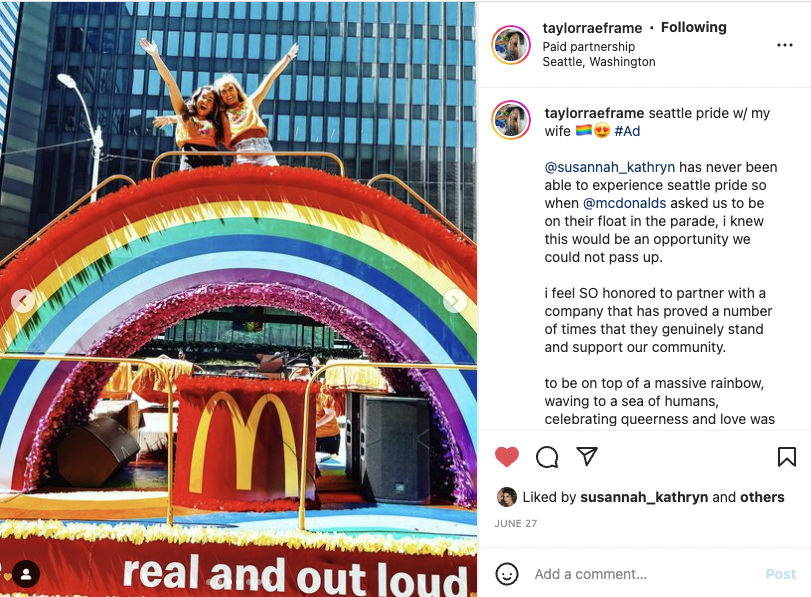