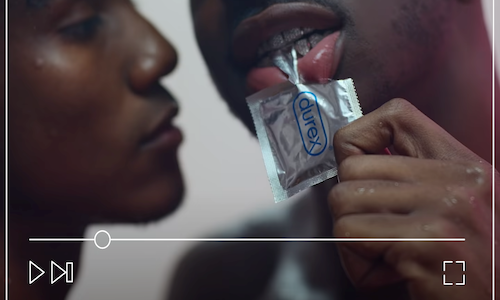 Sex is healthy. Sex is also real, fun, and honest. But how is sex also in a health crisis, especially within the LGBTQ+ community? An unlikely duo has the answer.

Meet BEN – a leading entertainment AI company that enables brands and creators to capture human attention across social media, streaming, TV, music, and film content – the magic behind the iconic integrations across the music industry. BEN saw a jaw-dropping opportunity to pair one of the largest condom brands with one of today’s most dynamic queer icons.

To center Durex’s identity on embracing sexual fluidity within the LGBTQ+ community, BEN partnered Durex with Lil Nas X in the “That’s What I Want” music video. Through one simple act – Lil Nas X opening a Durex condom with his teeth in the heat of the moment – Durex was able to promote fun and safe sex with an improved focus on the LGBTQ+ community.

So, how did Durex turn Lil Nas X into one of today’s greatest safe sex advocates?

With over 40 years of product placement experience, BEN leveraged its deep expertise in driving larger-than-life, anthemic campaigns for brands that build lasting relationships with audiences. BEN authentically fused both Durex and Lil Nas X’s bold energies into a momentous occasion of safe, fun sex, during Lil Nas X’s steamy music video “That’s What I Want.” Following hits like “Industry Baby” and “Montero,” Lil Nas X's bold character both destigmatized and reinvigorated queer culture and stardom with his constant embrace of authenticity and self-expression in an industry where hypermasculinity and homophobia run rampant.

Like Lil Nas X’s dedication to redefining sexuality, Durex’s history as a leader in the condom market has been just as bold. Durex was one of the first companies to focus on promoting sexual well-being with young people between the ages of 16-24 and the LGBTQ+ community and has played a pivotal role in bringing awareness to the ongoing AIDs crisis.

In the music video “That’s What I Want,” Lil Nas X appears out of this world, rocketing onto a high school football field – breaking his ankle. As he’s carried off the field, his eyes meet another player’s; the beginning of their steamy locker room romance. The two meet in the locker room, pink football uniforms scattered on the floor,  leading to the pivotal moment: Lil Nas X ripping open a Durex condom in the heat of the moment before heading to the showers.

While the ending of “That’s What I Want” leads to a heartbroken Lil Nas X, the moment where he and Durex meet is explosive. This music video is one of the first to show young LGBTQ+ adults promoting safe sex that’s fun and real while promoting sex education in an engaging, non-disruptive format.

Sex education for the LGBTQ+ community has always fallen dramatically behind that of heterosexual sex education, and Lil Nas X’s partnership with Durex is on a mission to fix that. After the music video’s release, Lil Nas X posted the iconic moment on his Instagram in honor of Sexual Health Month. By spotlighting this moment, Lil Nas X connected and spoke directly to the broader LGBTQ+ community, supporting the purpose of protecting everything beautiful about yourself and others through safe sex, no matter your sexual identity and expression.

Durex’s support for the LGBTQ+ community doesn’t stop at Lil Nas X. This year, BEN integrated Durex into Ladyland Festival and Pride Festival Party, founded and hosted by NYC legend Ladyfag, to take over the main stage at Brooklyn Mirage. Hundreds of Durex condoms were dropped on the crowd via cannons and drag queens Dahlia Sin and Rify Royalty ahead of Honey Dijon’s headlining set. This festival activation exemplified Durex’s call to #LoveYourSex, through an unmissable show of queer community engagement in support of inclusive, shameless gender and sexual expression.

Within the first six days of Lil Nas X’s “That’s What I Want” video release, the video garnered more than 30M YouTube views. Lil Nas X’s Durex Instagram post also received 2M likes — more than any other post on his album release day – and a 77% positive response rate. Durex achieved its highest ever engagement rate with one single social post on Instagram, in addition to receiving over 30K new followers. This engagement supported Durex in becoming the new category leader on the platform.

Beyond social media, there was a 3350% lift in search for the terms “safe sex,” “condoms,” “contraceptives,” or “sexual health.” In BEN’s post-campaign research, they found that after watching the video, 63% of research respondents stated that they were more likely to practice safe sex and that 74% of those 18 to 24 said they would consider buying Durex the next time they shop for a condom.

To date, the music video has more than 125M+ views in less than 12 months since its release date. BEN helped Durex achieve an impactful campaign with the boldness of Lil Nas X to demonstrate inclusive sexual health and safe sex that’s not only fun but honest and real. 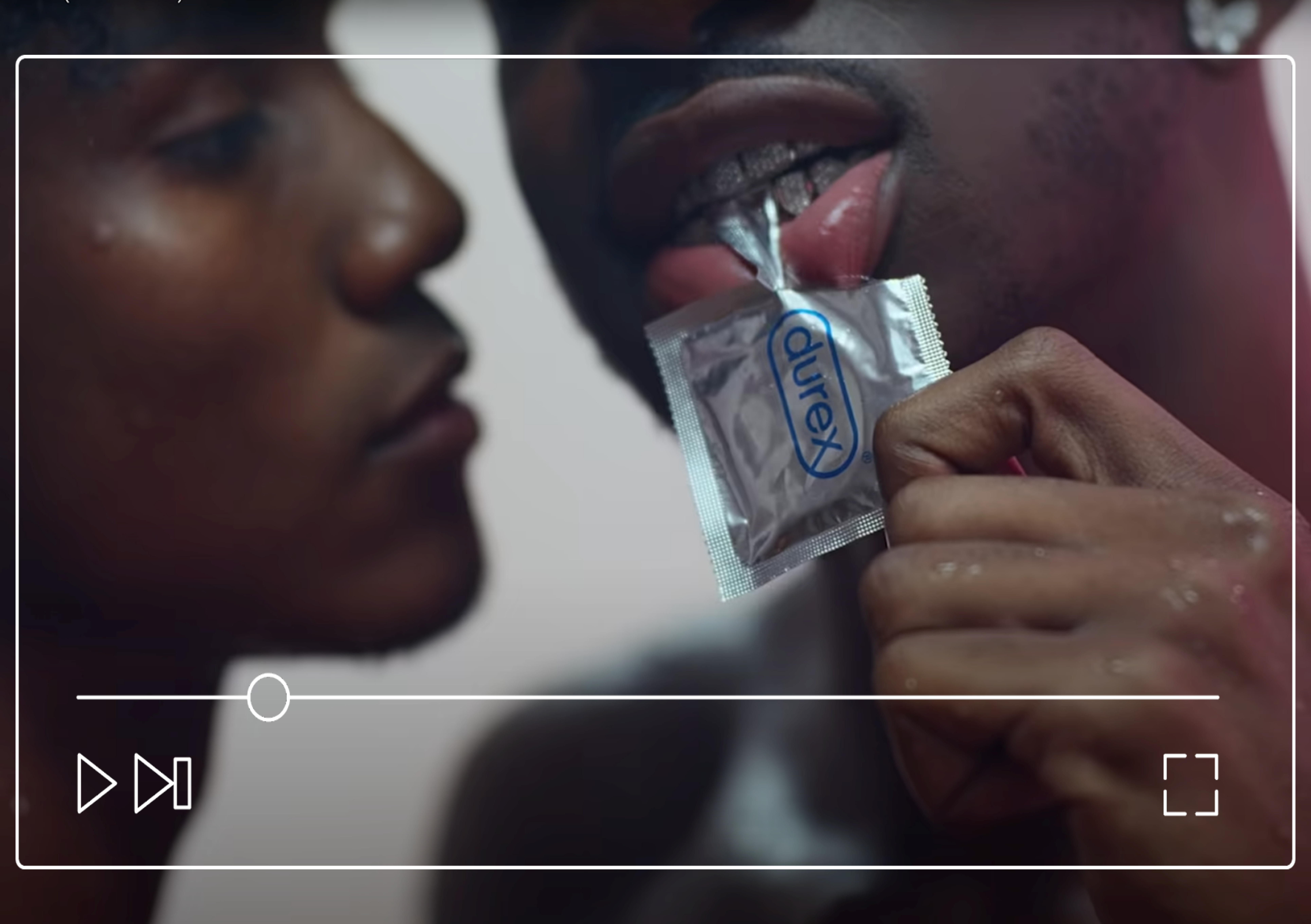 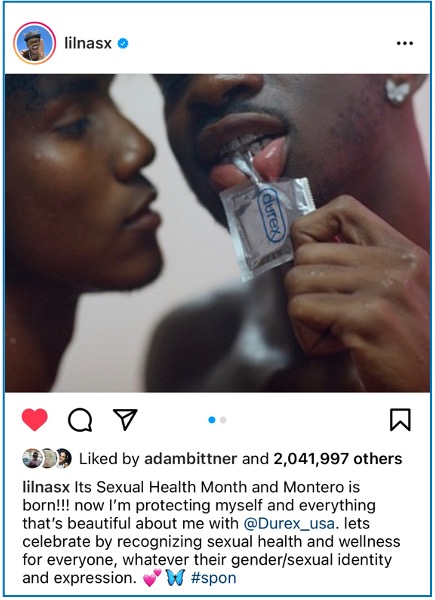